Romanian filmmaker Alexander Nanau’s eye opening documentary Collective is an unprecedented journalistic endeavour that observes and exposes the sort of large scale governmental frauds that should leave citizens rightfully outraged. A fourteen month investigation into a preventable tragedy that somehow became an even larger mass casualty incident, Collective might be focused on the almost legendarily corrupt nature of Romanian politics, but one doesn’t need to look further than other countries trying to navigate the current global pandemic to see that the points and issues raised here about placing profits over human lives is of global importance.

On October 30, 2015, a fire broke out at the Colectiv nightclub in Bucharest during a performance by the heavy metal band Goodbye to Gravity, the result of a pyrotechnic effect malfunctioning. The club – which didn’t have proper fire exits – was completely engulfed by flames in a matter of seconds. (Footage of the fire starting opens Collective and it’s no exaggeration to say that it’s one of the most terrifying and stomach churning things I’ve ever seen.) The fire killed 27 and left 180 injured, but it’s what happened in the weeks following the incident that was cause for greater concern. Four months after the fire, the death toll had risen to 37, seemingly without explanation.

Enter Catalin Tolontan, a sports reporter turned investigative journalist working for Bucharest’s Gazeta Sporturlitor, a newspaper that was still seen by many in the country as nothing more than an athletics digest. Tolontan and his fellow reporters, researchers, and editors discovered that these additional deaths were a result of sepsis and other bacterial infections, not injuries sustained in the fire. A political powderkeg is ignited when Tolontan uncovers that hospitals in the country have been purchasing deliberately watered down disinfectants that are only ten to fifteen percent effective. When these additional, wholly preventable deaths are shown to be the result of cost cutting measures, profiteers and widespread bribery are exposed, whistleblowers come forward with further examples of deplorable conditions for patients, key players mysteriously get fired or turn up dead, and citizens start to rise up in anger.

For the first half of Collective, director, cinematographer, and co-editor Nanau embeds himself with Tolontan and his team as they keep knocking over dominos and watching the chain reaction. Nanau is there for most of the editorial meetings, stakeouts, witness statements, protests, hopelessly biased pro-government television interviews, and awkward press conferences. What Tolontan brings to light is a scam so convoluted and far reaching into the highest levels of government that it’s even more infuriating it took a large scale tragedy to fully uncover it. As a primer on how the media can help to keep its elected or ruling party appointed leaders in check, Collective is as exceptionally researched as the investigation at its core. While it shines a light in a dark spot of the country that many would prefer unexposed, it’s of little surprise why Romania would select Collective as their selection for Best International Feature Oscar contention this year. 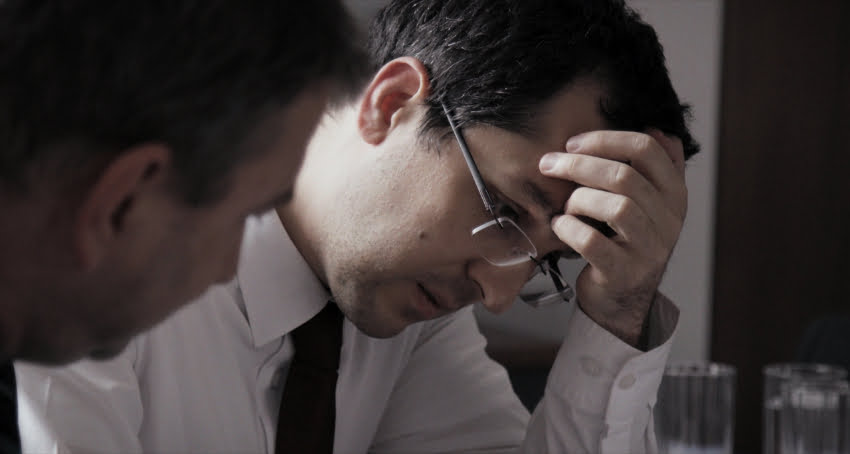 Heading into the film’s second half, Nanau starts spending less time with Tolontan and more with Vlad Voiculescu, a former patients’ rights activist who becomes the country’s new health minister. Previously known as the founder of a “cytostatic network” that allowed Romanian cancer patients to source much needed medications outside of the country, Voiculescu is brought in to help clean up the overall health care system. He’s young, somewhat naive, and determined to make a difference, but the corruption Voiculescu finds himself up against is so ingrained into society that the battle is always uphill. In a parallel to Tolontan’s investigation, whenever Voiculescu fixes one problem, two more are uncovered to take their place. Elected officials keep trying to suggest that Romanian hospitals are “as safe as the ones in Germany,” but Voiculescu and Tolontan know that’s painfully untrue. (This week, the country is facing yet another tragedy involving preventable casualties in their hospitals, but Voiculescu is no longer the health minister.)

Collective spends some time with one of the many whose lives were forever altered by the fire – performance artist and model Tedy Ursuleanu, who had to have her fingers amputated and still has visible scar tissue over her entire body – but the focus is predominantly on corruption and exposing the system that allows such frauds to flourish with impunity. Outside of Ursuleanu’s understated story and footage of mounting protests demanding answers and serious inquiries, Collective could stand to spend a bit more time with the victims – both past and present – but there’s already a lot of ground that needs to be covered and addressed. To an outsider, the ins and outs of Romanian government corruption since the execution of former Communist leader Nicolae Ceausescu might seem daunting and inscrutable, but Nanau strikes a nice balance between the political and the personal.

More importantly, Collective – which ends on not one, but three heartbreaking moments – has universal elements that can be identified as shortcomings in any country. Although Collective premiered last year at the Toronto and Venice film festivals and captures a specific moment in Romanian history, its content and character has aged well given the state of world affairs. Collective might specifically address the rights of burn victims, but it reminds viewers that no one in a hospital setting should have to question or worry about their care. While many governments – including Canada’s national and provincial bodies – are tightening purse strings during one of history’s deadliest medical crises, Collective serves as a necessary and vital cautionary tale. Collective is a documentary that grows progressively more frightening, infuriating, and illuminating the longer one sits with it.

Collective is available on VOD in Canada starting Friday, November 20, 2020. 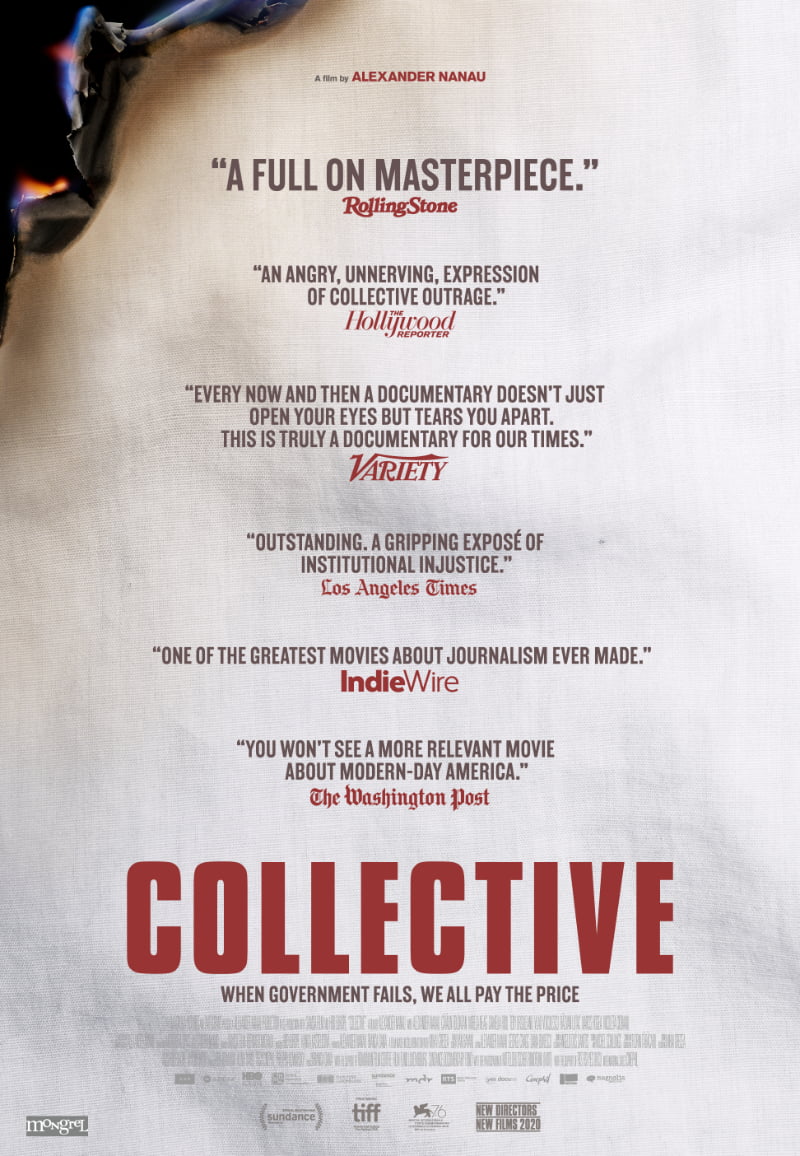