Covering already well documented and adapted ground in an entertaining and innovative way, The Real Right Stuff is a familiar history lesson told in captivating fashion. A supplemental documentary to Disney and National Geographic’s recent limited and fictionalized retelling of the same events, The Real Right Stuff is composed exclusively of archival materials. This effort from television documentary veteran Tom Jennings is exciting, nostalgic, and uniquely critical of America’s cold war fueled space race. Most of what’s being covered by The Real Right Stuff won’t tell history buffs and anyone familiar with author Tom Wolfe’s bestseller, the juggernaut 1983 big screen adaptation, or the recent Disney+ series anything they don’t already know or suspect, but Jennings’ documentary collage offers new, unseen perspectives of well known events.

Much like the recent series that spawned it, The Real Right Stuff chronicles the determined work put in by NASA and the famed “Mercury 7,” America’s first astronauts. Sparked by American fears following the Russian launch of the Sputnik satellite into space, the government ramped up efforts to get their own men further and faster into space, and, eventually, to the moon. The Real Right Stuff isn’t a story about the moon landing or even the events most immediately leading up to it. Instead, it’s an in-depth look at the fear and uncertainty faced by the scientists and military pilots tasked with bringing America’s space program to a higher level than that of the Russians.

The Real Right Stuff largely eschews modern context, with Jennings favouring an “of the moment” archival approach that’s similar to the one used by last year’s celebrated, award winning documentary Apollo 11. The backbone of Jennings’ film is a Tom Brokaw interview with Tom Wolfe (one of the television news reporter’s dearest friends) from around the time of The Right Stuff’s publication, with many of the filmmaker’s editorial decisions based around the structure of the book. The narration between historical footage and archival interviews with key figures and players comes directly from Wolfe’s book, read either by the late author or actor Dennis Quaid, who had a breakout role in director Philip Kaufman’s big screen adaptation. Framing The Real Right Stuff around Wolfe’s work and research into the subject is an inspired one. Instead of feeling like a supplemental documentary tied to a new streaming series, The Real Right Stuff has the look and feel of taking an archival tour through history with annotations from one of the foremost authorities on a given subject. 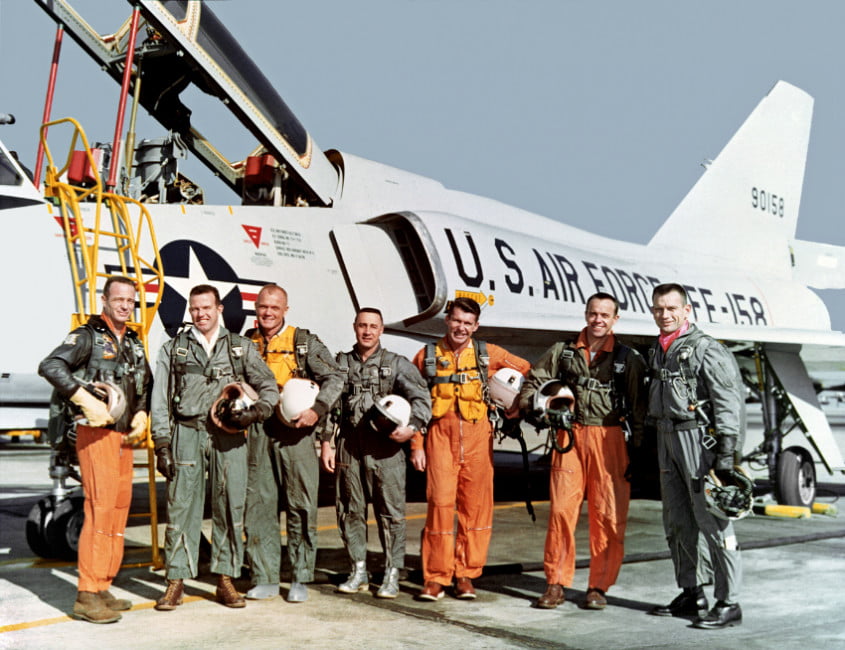 Through the benefit of hindsight, the biggest danger to be found in The Real Right Stuff isn’t the looming threat of a “red menace,” but in the actual space program itself. Footage of America’s disastrous initial attempts to launch an unmanned satellite into space are still shocking and terrifying to behold. The idea of strapping a human being to the tip of a rocket and shooting them into orbit remains even to this day a frightening prospect to all but the best trained astronauts. The Real Right Stuff uses its wide array of footage to show how terrifying and gut wrenching it was to carry out these same tasks without knowing their possible outcomes. Every launch came with its own set of unpredictable variables, despite scientists, researchers, and the pilots themselves doing everything they could to minimize risk. A rocket is still a type of explosive device, after all, and space was then an unknown realm. With each sudden delay, communications blackout, and fraught re-entry, The Real Right Stuff bristles with a nostalgic sense of tension, as if one were watching these events for the first time. And I’m willing to bet for many non-boomer viewers, this probably will be their first exposure to these historical moments as they genuinely unfolded.

Jennings is helped immensely by the fact that the Mercury 7 created a media circus wherever they went and whenever they spoke, meaning footage and archival audio of the astronauts and their families is plentiful. One could probably create seven or eight different archival documentaries from the plethora of interviews and press conferences that were given. The problem with having such a wealth of material is that there aren’t many revelations left to uncover about who these people were, how their personalities clashed, and what made them function as a unit bound by a singular vision and guiding ethos. There’s nothing particularly new to talk about within The Real Right Stuff, but the presentation of it all is impeccably assembled.

The Real Right Stuff cuts things shorter than one might expect, ending a bit too promptly at the ninety minute mark, wrapping up before the Mercury 7 test missions have been completed and quite some time before America’s trip to the moon. But at a time in human history where everything already feels frightening and uncertain, there’s something inspiring about the story of the Mercury 7. Back then as it is today, people tend to think scientific progress can happen overnight with the aid of modern technology and the input of the world’s best and brightest minds. It almost never works that way, but the pressure to produce swift results remains a priority. Within those moments between inception and results are tragedies, failures, discoveries, and world changing successes, and all of them are meaningful. The Real Right Stuff isn’t breaking any new ground, but in many ways it feels like an appropriate plea for patience.

The Real Right Stuff is available to stream on Disney+ starting on Friday, November 20, 2020. 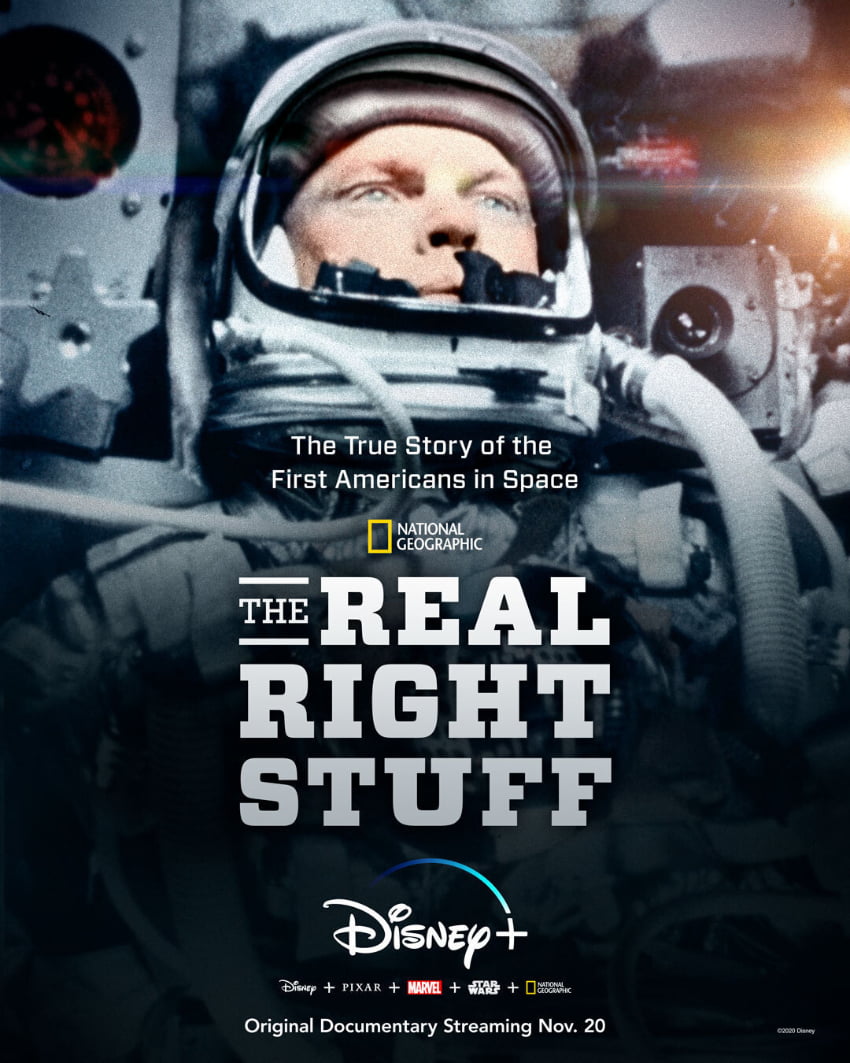