Chaotic, borderline incoherent, and only showing fleeting moments of cheesy fun, the big budget Chinese action thriller Vanguard would be a lot more enjoyable if it didn’t take its ridiculousness so seriously all the time. This tale of good hired guns locked in battle with evil mercenaries working for black market arms dealers is at its best whenever it forgets about its cumbersome, overstuffed plot and problematic politics. But the giddiness of watching its often outlandish action sequences only lasts for about a third of the movie. The rest of Vanguard doesn’t live up to the provenance that it’s top billed star and legendary director bring to the project.

Vanguard is a security team that works to protect rich, important people and their loved ones from kidnappings, assassinations, extortion schemes, and any other type of villainy (with a corporate crest that looks more at home on the uniforms of a roller derby team than a paramilitary organization). Naturally, this air-tight unit, led by CEO Tang Huating (Jackie Chan), slips up or there wouldn’t be a movie. Wealthy industrialist Qin Guoli (Jackson Lou) has been targeted by a ruthless mercenary group known as the Arctic Wolves, who have in turn been hired by a terrorist organization known as the Brotherhood of Vengeance. The leader of the Brotherhood, Omar (Eyad Hourani, delivering the most wildly over the top performance I’ve seen this year, but not in a good way), wants revenge on Qin for betraying his father over a deal for some weapons of mass destruction. Omar sets his sights on Qin’s daughter, Fareeda (Ruohan Xu), an animal rights activist currently working in Africa to stop big game hunting. Vanguard’s new missions are to protect Fareeda from a variety of dangers and assassins and thwart Omar’s plans for death and destruction.

Vanguard is written and directed by veteran action maestro Stanley Tong, who’s responsible for some of Chan’s most memorable films (Rumble in the Bronx, First Strike, Supercop) and some truly bizarre duds with and without the actor (Mr. Magoo, Kung Fu Yoga). The overall quality of Vanguard rests between those extremes rather comfortably, with aging Chan appearing in less than half of the movie. Vanguard starts off promisingly enough with a well executed action sequence set in London during Lunar New Year celebrations. (It should be noted that Vanguard was originally slated for release during the Chinese holiday, but was delayed due to the pandemic. It’s VERY clear that this was meant to be a holiday release.) Bullets fly, bones are crunched, faces are punched, and there’s a pretty good fight in a hotel kitchen. And who doesn’t love a well done kitchen fight? 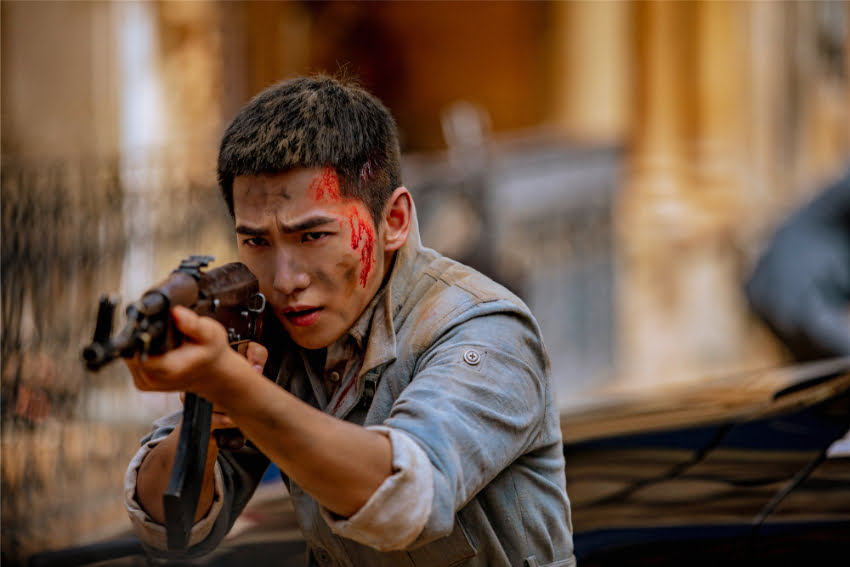 From there Tong slows down a bit to explain the ridiculous globetrotting plot and introduce the real heroes of the movie. Lei Zhenyu (Yang Yang) is the good looking one. Zhang Kaixuan (Ai Lun) is the family man. Miya (Mu Qimiya) is the token ass kicking lady who’ll eventually have to be used as a honeypot for a painfully extended sequence late in the film. They all carry themselves well through the film’s action sequences, and their performances are probably better than this material deserves given some of its more embarrassing and tone deaf moments. Also, to his credit, Chan puts in more of a physical effort with little screen time here than he has for some of his more recent outings. No one should expect peak era Chan (with most of his fights and stunts consisting of “ground game” MMA moves that limit the amount of frantic energy he has to expend), but he puts in a good enough performance.

But almost as soon as Vanguard gets to Africa, it becomes unclear whether Tong wants to make a ludicrous movie or a serious one. Tong keeps piling on supporting characters to a point where it’s hard to keep the sheer number or villains straight, making the film needlessly overwrought. There’s also a strange balance between western and eastern influences throughout Vanguard. It’s Chinese patriotism borders on religious fervor, with an entire plot devoted to essentially celebrating the surveillance state; elevating characters who are essentially spies to the level of superheroes. At the same time, there are so many dark skinned, vaguely Middle Eastern villains that one could easily mistake this for a bottom of the barrel American production, one that hits a pretty hard wall when it tries to explain away what’s essentially a blackface gag. Vanguard is built on a strong foundation of Chinese nationalism, protectionism, and political incorrectness, but it’s hard to take even its worst and most straight-faced elements seriously when everything else is so choppy and amateurish.

Tong shows that he still knows how to stage an action sequence, but even those are held back by the obvious limitations of Vanguard’s budget. Laughably poor CGI during car chases (including one that involves high end luxury automobiles made from “solid gold”) and an even worse looking lion that gets involved during one of the film’s brawls drag things down at some of the film’s most entertaining moments. There’s an ambitious and enjoyable fight aboard some rafts heading down a river and eventually over a cliff where people hop from craft to craft, and the frankly idiotic and wildly implausible final set piece in a Saudi Arabian shopping mall and aquarium matches the goofy tone the rest of the movie so desperately needs to pattern itself after. Poor editing that causes almost every scene to begin and end with a fade doesn’t help much, either.

For a movie that also features amphibious cars, hoverboards, and robotic bees and pigeons, one wouldn’t think Vanguard would need to adopt such a serious tone. Yes, silly movies can still have something to say about society, but Tong’s musings about Chinese exceptionalism go beyond earnestness and end up feeling like unwarranted lectures during the film’s slowest and more desperate moments. If you can switch your brain off to near comatose levels while watching Vanguard, there could be some fun here. If you can’t, it’s just a bad movie that shows slight sparks of potential. 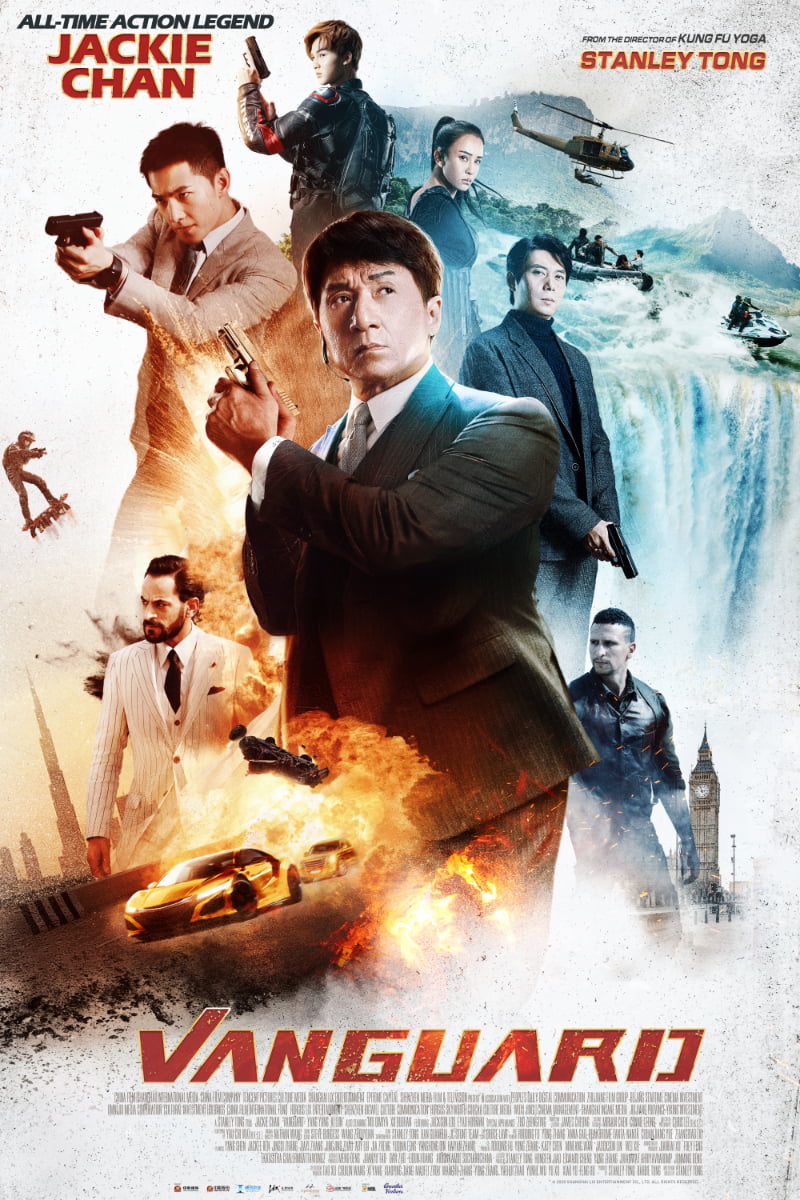