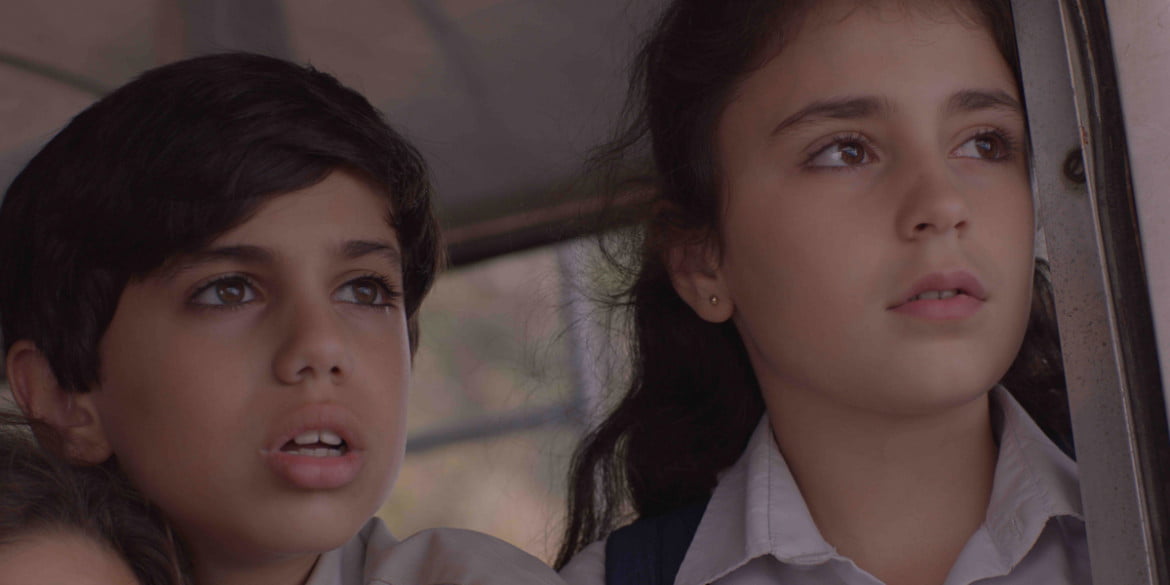 A bittersweet and sometimes harrowing meshing of young love and adult anxieties, filmmaker Oualid Mouaness’ first feature 1982 takes some time to get going, but hits every note perfectly once it finds its balance.

Set in Lebanon on the second to last day of school in June of 1982 – during the time when Israel was invading the country – eleven year old Wissam (Mohamad Dalli) has decided that the time has finally come tell his crush, Joana (Gia Madi), that he likes her. Wissam nervously waits out a day full of exams, hoping for Joana to remark on the love letter he left in her locker. When each of their best friends muddy the waters, it seems like all hope for young love could be lost. Meanwhile, teachers at their school fret and worry about the Israeli army moving closer to the school. Wissam and Joana’s teacher, Yasmine (Nadine Labaki), worries about her brother joining the war effort, while Joseph (Rodrigue Sleiman) in the classroom next door can’t stop listening to the radio for the increasingly frightening updates.

The opening third of 1982 (which became Lebanon’s submission for last year’s Oscars after picking up an award at TIFF) finds Mouaness slowly building his characters and their differing temperaments towards each other. At the outset, the children seem largely oblivious to what’s going on in the world around them, and by the time the invading army is on their doorstep, it feels like the budding love story doesn’t matter all that much. While that’s a shortcoming to some degree, it does allow 1982 to exist in a place of love and outrage at the same time. The love story involving the kids and the conflict between Yasmine and Joseph – the latter of whom started an argument that drove the former further into wanting to join the military – help to create ample reason to care about their stresses beyond the obvious.

Once the story of the children and that of the adults starts to overlap, 1982 is a thoughtful and sometimes terrifying drama. The jets and explosions start getting louder and closer, and the kids and adults start occupying the same desperate headspace. It’s a bleak situation that only grows darker, but Mouaness isn’t above giving the viewer some key moments of hope and kindness. 1982 never shies away from the darkness of its material once all of its pieces are set in place, but it still allows room for genuine, unforced warmth.