The Walrus and the Whistleblower | Review 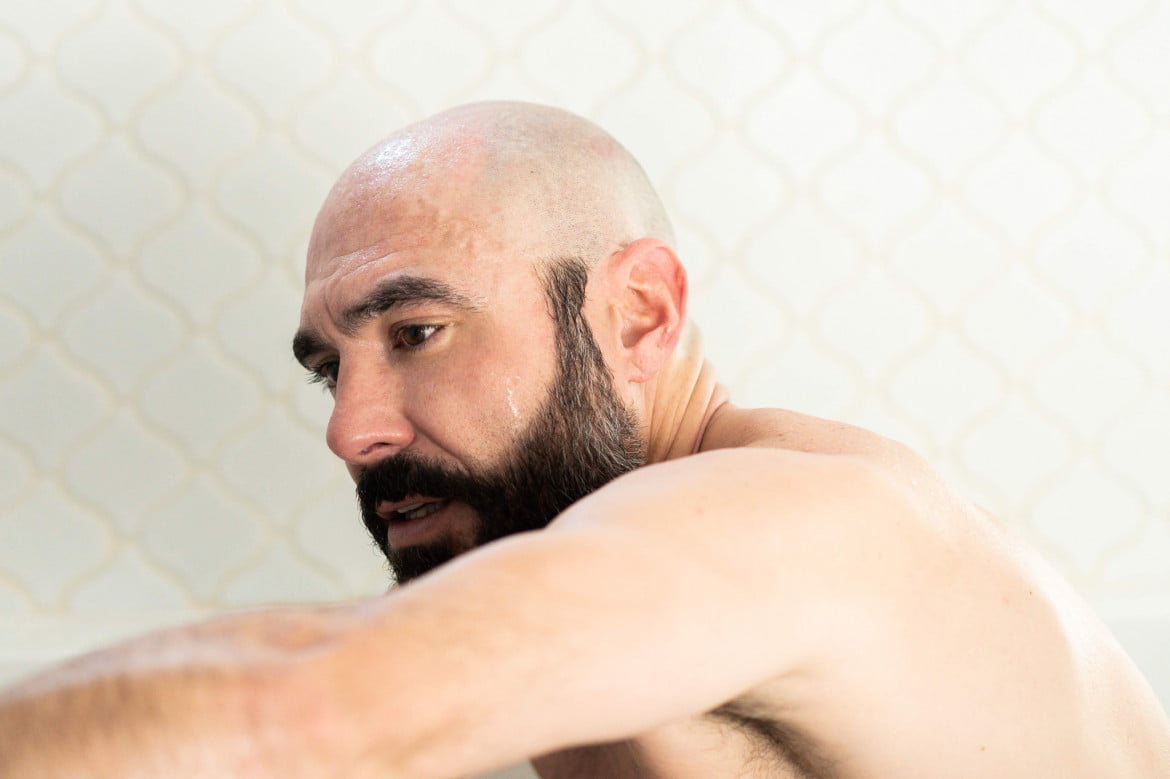 Nathalie Bibeau’s Canadian documentary The Walrus and the Whistleblower (which picked up one of the Audience Award prizes at Hot Docs earlier this year) is the perfect marriage of a cracking legal drama and a vital social advocacy exposee.

Although it has been a cornerstone of the tourism industry in Niagara Falls for decades, theme park Marineland has been constantly plagued by accusations of animal cruelty. Some of these charges have been brought against the family run and owned businesses by its own employees, who were fed up at seeing animals living in substandard or dangerous conditions. One of these employees, Philip Demers, a.k.a. the park’s resident “walrus whisperer,” quit in a justifiable and understandable rage back in 2012 after over a decade on the job. Citing his fatherly love for a walrus named Smooshi (who imprinted on Phil at a young age), Demers began a massive social media campaign against Marineland, joining a growing number of voices against the waterpark. Almost immediately, Demers, and other former handlers and employees who dared to speak out, were hit with outrageously large lawsuits. Many settled, but Demers (who was sued, ostensibly, for “trying to kidnap a walrus”) declined and still refuses to back down in his campaign to be reunited with the close animal friend that he remains deeply worried about.

Bibeau follows Demers – who now works various labour jobs to pay his mounting bills while continuing to speak out openly and loudly about Marineland’s practices – as he navigates an all out smear campaign to attack his character. Granted, Demers isn’t a perfect person: he’s always wanting to fight, his anxiety sometimes gets the better of him, and some animal rights advocates dismiss his status as an ally because he continues to eat meat. At the same time, his testimony and legion of followers are something that Marineland – which is now registered as a lobbying group in Ottawa to protect themselves from legislation – should be terrified of. 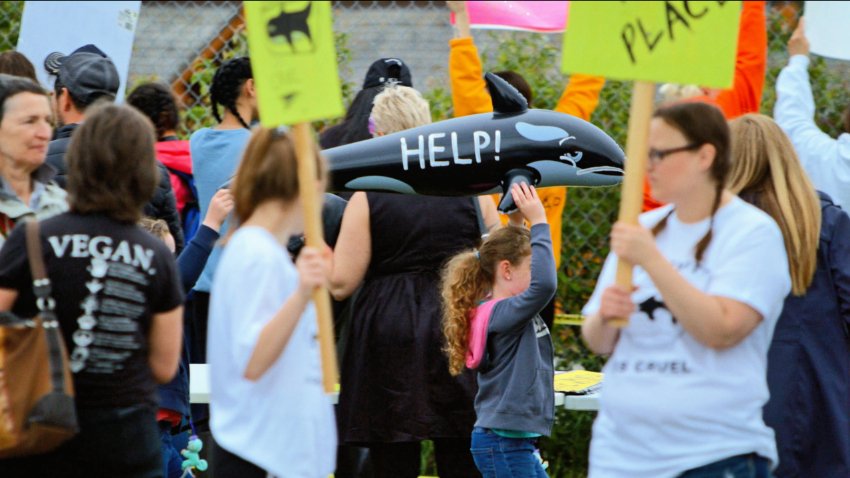 The Walrus and the Whistleblower is one of the best documentaries to outline the tenuous relationship that grandfathered, problematic institutions have with social media. While Demers has a considerable amount of support from his massive Twitter following and members of the media (including an unlikely understanding with influential, lightning rod podcast host and comic Joe Rogan), Marineland and the family of late owner John Holer have “tradition” and economic viability on their side. Like many activists, Demers has morals and facts on his side, while the “good old boys” system that allows institutions like Marineland to flourish turns a blind eye for the sake of profitability, and to avoid offending constituents in a relatively conservative riding from counter-protesting against lawmakers. In the wake of online outrage, problematic corporations like the one behind Marineland have doubled down on their political influence to keep them protected from genuine scrutiny. For years it was considered risky to publish anything negative about Marineland, but thanks to Demers and his struggles, the tide is turning. Where mainstream media remains silent, social media flourishes. It doesn’t always work, and it isn’t always constructive, but it’s better than saying nothing.

Demers is also a fascinating subject for a documentary: a man who wears his heart and faults on his sleeve for all to see. There are points throughout The Walrus and the Whistleblower where one genuinely fears that Demers might become his own worst enemy, but Bibeau’s direction allows the film’s subject to be himself and present his viewpoint without slant, scandal, or sensationalism. In the wrong hands, The Walrus and the Whistleblower could’ve been a wild “you won’t believe what happened next” bit of fluff, but thanks to Demers’ passion and Bibeau’s thoughtfulness, it’s a film about finding humanity in an inherently inhuman situation for both humans and animal alike. The Walrus and the Whistleblower doggedly and poignantly exposes the archaic nature of for-profit waterparks and zoos that place profits far above animal welfare and the mental health of the humans that work there. It’s not the first film of its kind to do so, but for Canadians, and especially those in Eastern Canada, it’s the one most likely to hit home.

The Walrus and the Whistleblower is available to stream via digital TIFF Bell Lightbox starting on Tuesday, November 24, 2020.

This review originally appeared as part of The GATE’s coverage of the 2020 Hot Docs Canadian International Documentary Film Festival and has been updated and expanded for the film’s proper release on Monday, November 23, 2020. 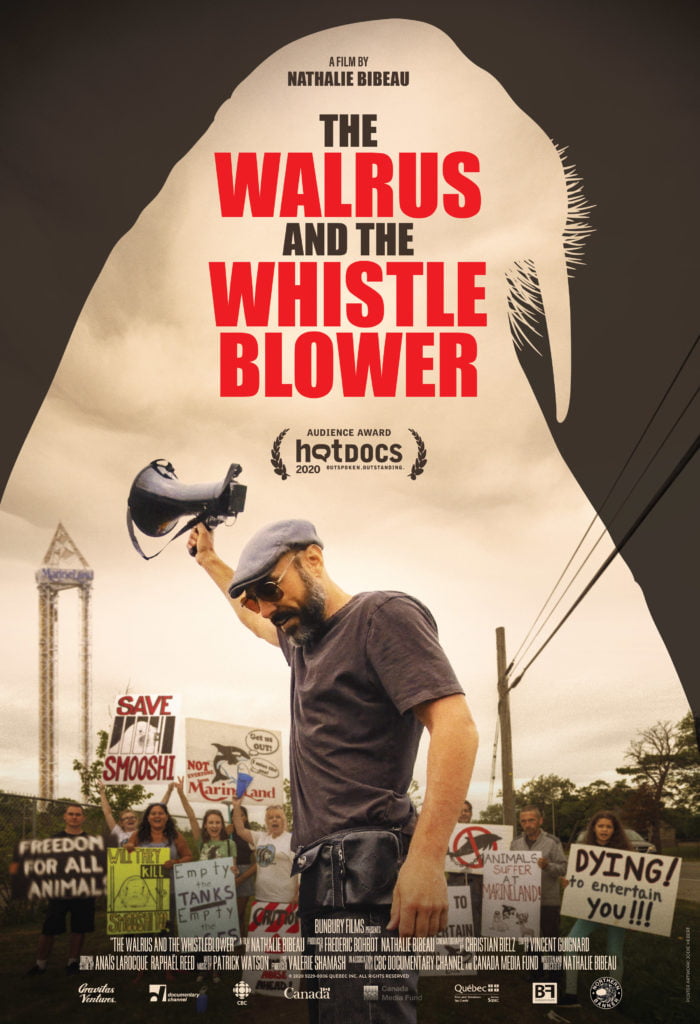