Zappa, the latest film from documentarian and actor Alex Winter, is a look at the favourite musician of many of your favourite musicians. A comprehensive (and, admittedly, sometimes exhausting) deep dive into the prolific output and misunderstood life of one of music’s most beloved and reviled characters, Zappa is the type of documentary that can reach beyond its subject’s rabid fanbase. Even those who don’t feel one way or the other about Frank Zappa (such as myself) will be able to appreciate Winter’s biographical profile of the man. Frank Zappa is unquestionably an interesting person to build a documentary around, and Winter does a fine job of showing the various ways he changed an industry to which he refused to conform.

Winter opens Zappa backstage at the musician, songwriter, and composer’s final recorded performance from 1989 in the former Czech Republic. As he’s about to take the stage, Zappa tells some of his collaborators that most of the performance will be improvised in the moment. “It won’t be perfection. It’ll just be music.” It’s the perfect note to start a film about someone who did whatever they felt like doing and never apologized for marching to the beat of their own drum. Since the first time he heard the recordings of Edgar Varèse, Frank Zappa was drawn to the strange, obtuse, and iconoclastic. Eventually, Zappa would start writing and composing music of his own that defied categorization, but was uniquely marketable thanks to his underestimated and proudly independent business savvy.

Zappa’s avant garde leanings certainly weren’t for everyone, and to his credit, he never expected any of his various projects to produce radio friendly, AOR hits. But Winter frames his subject’s accomplishments in an engaging, easily understandable light. Zappa’s work was too abrasive for hippies, too out there for rock fans, and too playful for classicists. Instead of taking the easy road and showing Zappa as an outlier in the rock scene, Winter portrays Frank as he would’ve seen himself: as a composer. Winter makes a compelling case that Zappa redefined what it means to lead an orchestra more than he changed the face of rock and roll. It’s a classification and important distinction that demystifies a music legend that many outsiders would find too complicated to understand at a passing glance.

While I still wouldn’t consider myself a Frank Zappa fan on the whole, Winters’ authoritative profile has certainly made me appreciate his subject’s complexities and contradictions. Most people assumed incorrectly that Zappa had to be high on something to produce the type of music found on the likes of  Weasels Ripped My Flesh  and Hot Rats. He despised Saturday Night Live and MTV. His biggest hit was a result of his daughter simply wanting to spend time with her constantly touring dad. He collaborated across his career with plenty of famous musicians and artists, but never in a bid for recognition. His politics (which included a legendary fight against album warning labels and censorship in the early 80s) are often misread as being right or left wing by various observers, but the truth was a lot more complicated and nuanced. Like many artists he was a notorious control freak who bristled at even the slightest changes. 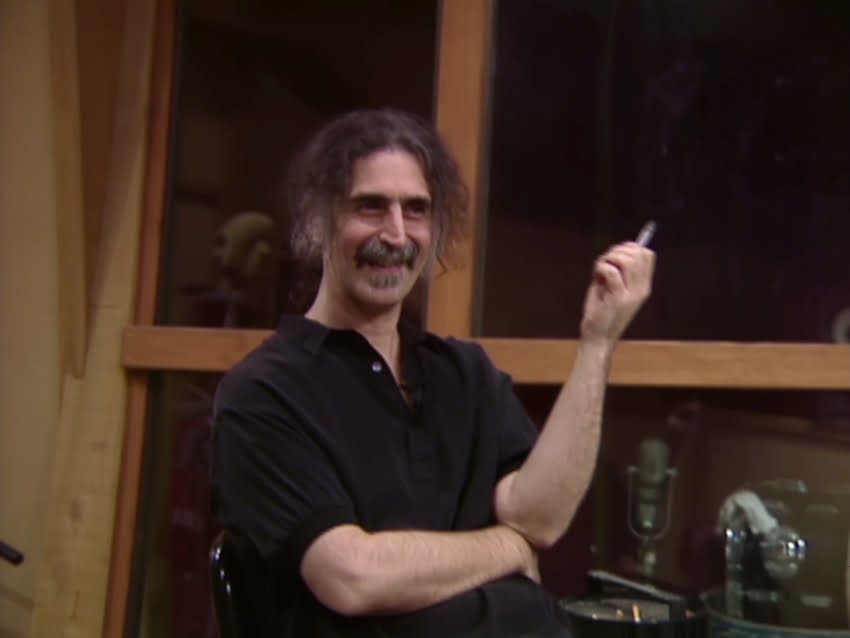 Although he’s dismissed by some detractors as a niche act at best and an unlistenable provocateur at worst, Zappa’s core audience was a unique blend of outsider weirdos and high-minded musical elitists, with almost no one landing in the middle. No one could tell a story of such a personality better than the man himself, and large portions of Winters’ work allow Zappa to relay the story in his own words, through a wide range of archival materials. The result is a film about an artist of considerable esteem that’s told without much input from external voices. It takes approximately twenty minutes for Winter to introduce more recently filmed sit-down interviews with some of Zappa’s family members and colleagues, but Frank has already told so much that nothing feels missing or overlooked.

Zappa is also the rare sort of archival heavy documentary that seems like it was fun to put together, with Winter and editor Mike Nichols joyfully pulling from the musician’s legendarily massive private archives. Growing up, Zappa liked to splice random footage into 8mm home movies, and when he was starting out in the business, he’d provide the score for cheaply produced B-movies. In watching the assembly of footage throughout Zappa, it feels like Winter and Nichols have truly found a kindred creative spirit, tapping into some great flourishes of insanity amongst a lot more matter-of-fact biographical details.

Much like Zappa’s unparalleled volume of output (which continues to this day, long after his death in 1993 from prostate cancer), the film can be repetitive at times. Winters understandably has a hard time picking and choosing what periods in Zappa’s wide-ranging life and experiences are worth covering, but outside of a slower paced, multi-part effort, the final results are still somewhat overwhelming at times for the uninitiated. It’s never slow enough to turn casual viewers away, but a running time just north of two hours feels like it’s pushing things a bit.

Then again, pushing boundaries, making listeners question certain choices, and overwhelming people to a point of contemplation were things Zappa was all about. Even any criticism I could levy against Winters’ film will sound like successes given the subject matter. And if it got me to care about the music of Frank Zappa, a success is exactly what it is.

Zappa is available on VOD in Canada starting Friday, November 27, 2020. 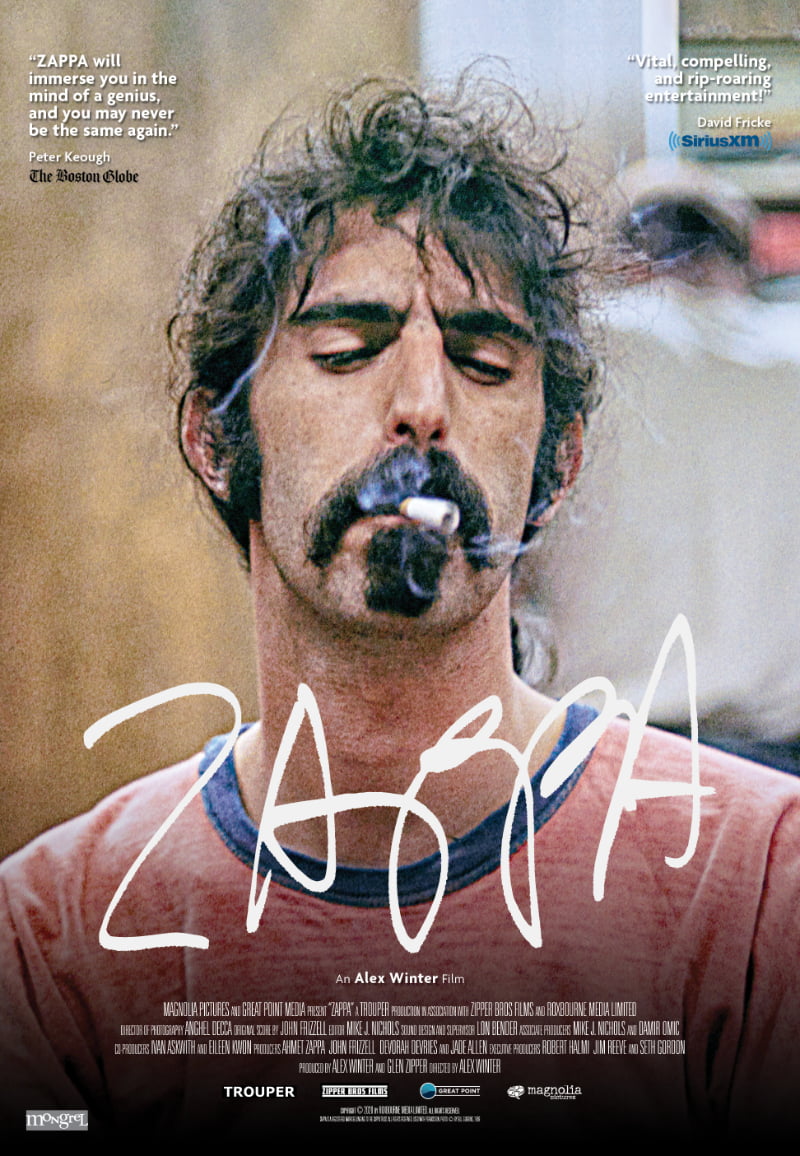