All My Life | Review 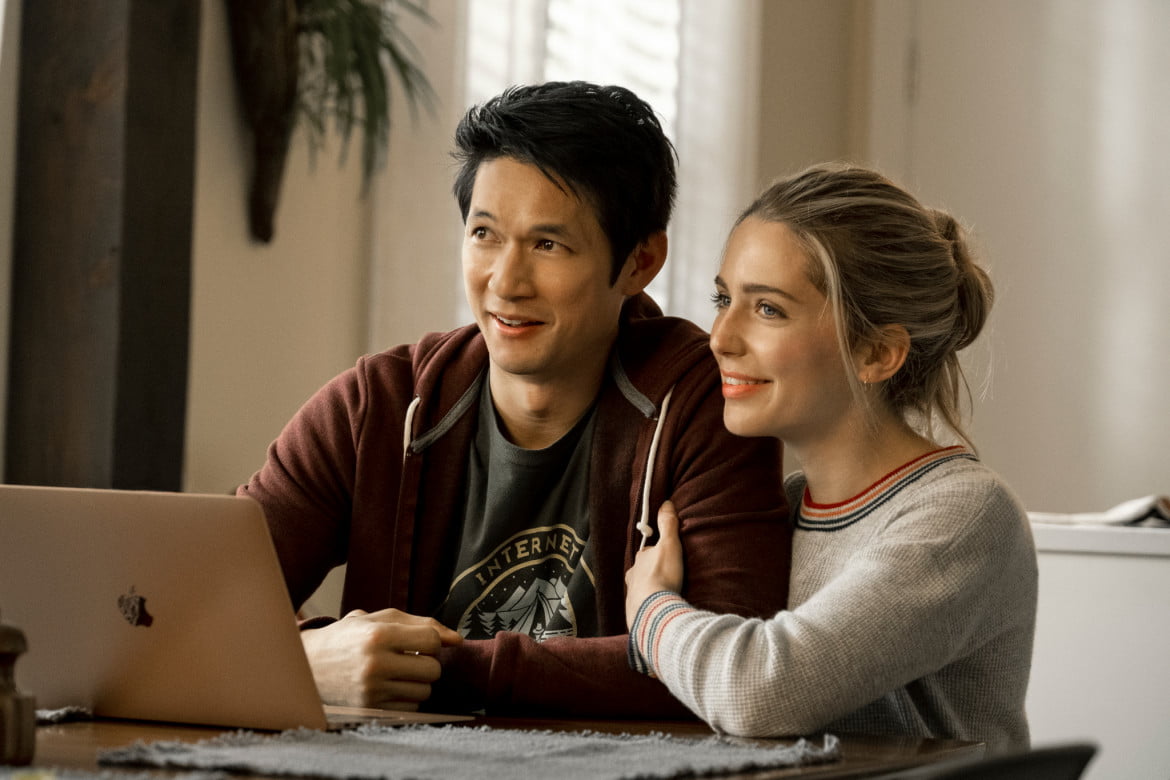 In these troubling times, I can see the need for crowd pleasing, escapist, uplifting fare and gentle tearjerkers, but the unnecessarily fluffy romantic drama All My Life is pushing it. On one hand, All My Life (which looks and feels as fake as a three dollar bill made out of cotton candy) is based on a true story that’s familiar to a lot of people in my hometown, so part of me wants to go easy on the movie. On the other, All My Life takes a human interest story that’s naturally filled with drama and romance and adds tanker trucks full of sugar to it. It’s a film about a real struggle that treats the viewers like they’re the lowest common denominator, unable to wrap their heads around difficult and trying concepts. All My Life is a movie so relentlessly corny that theatres should station scarecrows outside auditoriums showing it to avoid birds from pecking it off the screen. I’m almost sorry to speak ill of All My Life, but this is an inexcusably bad movie.

Jennifer Carter (Jessica Rothe) and Solomon Chau (Harry Shum Jr.) met and fell in love during a chance encounter at a sports bar while on a night out with their respective groups of friends. Sol is stuck at a dead end white collar job, but secretly dreams of becoming a chef. Through their relationship, Jenn (who’s studying to be a therapist) gives Sol the confidence and support he needs to live out his dreams. Their bond grows stronger, and the couple starts to plan their wedding. That celebration is all but ruined when a previously diagnosed benign tumour on Sol’s liver turns out to be an aggressive form of cancer. The best case scenarios for Sol say he has six months to live, but the couple and their friends do everything in their power to raise enough money to move up the timeline on their nuptials.

Anyone expecting a serious examination of the ways illness can place a strain on otherwise loving relationships should look elsewhere. First time feature screenwriter Todd Rosenberg and director Marc Meyers (making a huge thematic leap from his previous feature, My Friend Dahmer) have no interest in the hardship at the heart of All My Life. Outside of a couple of lightly warm arguments, All My Life refuses to deliver anything remotely challenging or emotionally complex. They are in love. One of them is dying. They have people willing to help them. This wedding is going to happen no matter what! It’s a bunch of nice sentiments, but All My Life is so relentlessly and annoyingly focused on showing human mortality in the sunniest possible ways that this true story feels untethered to reality. I’m sure people who have struggled with the terminal diagnoses of loved ones and family members will have a lot of strong feelings about All My Life, and many of them won’t be very kind towards the filmmakers’ almost careless depictions of a fraught subject. 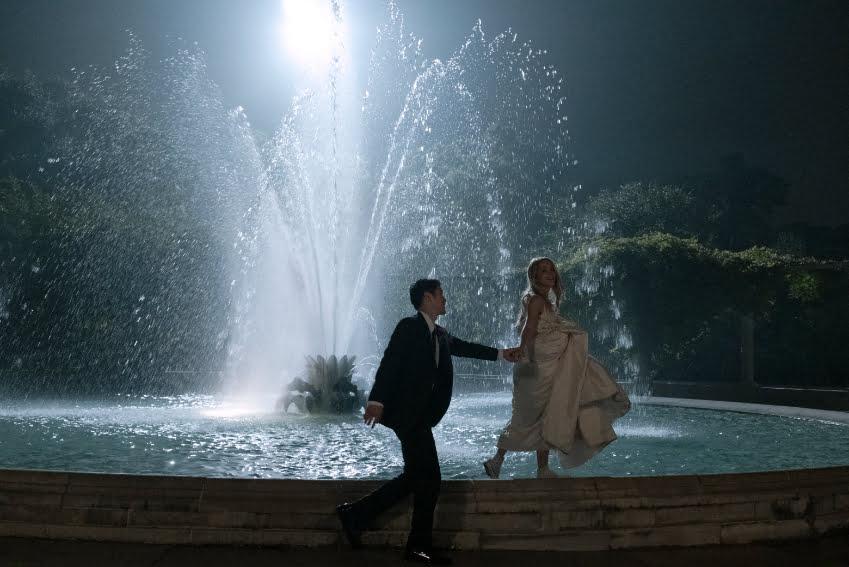 All My Life is one of those film’s that’s almost ruined if one knows the conclusion, not because it won’t tug at the heartstrings, but because of the film’s bafflingly chipper execution. The approach to love, death, and dying in All My Life makes something like Me Before You look as miserable as a Lars von Trier film. It’s unconscionable to think that the lives of Jenn and Sol didn’t have more serious hardships than these easily resolved and digested problems. For a film with life or death stakes, Meyers and Rosenberg steadfastly refuse to examine any of the darkness beneath the film’s lightly comedic and barely dramatic tone. Only a few tears are shed whenever Jenn and Sol are forced to confront the truth, and the hard task of organizing the wedding is often handed off to a gaggle of underdeveloped, supportive best friend characters who make almost no impression or impact on the film beyond getting things done for the heroes and acting as sounding boards or purveyors of unsolicited advice whenever called upon. Every scene in All My Life plays like watching characters in a beer or wine commercial; pristine, sanitized good times, even when things are at their lowest. One knows they are in a fantasy world equivalent of a true story when a major Friendsgiving feast is framed to look like a Bon Appetit cover spread.

Outside of some above average cinematography that further adds to the oppressively polished sheen of All My Life, the only thing setting Meyers’ film apart from a Hallmark Channel movie is the chemistry shared between Rothe and Shum. For better and worse, both actors understand the tone of their assignment and do their level best to put in appropriate performances. Both performers are effortlessly charming, which is a step in the right direction for a movie that’s already aiming low, but frustrating to anyone hoping to see them give better performances through better material. Just like Meyers’ is doing his part to be as unchallenging as possible, Rothe and Shum follow suit.

All My Life is a cynical film made with decent enough intentions. While many of the characters are superfluous, at least the casting is inclusive. There are a couple of nice, if admittedly minor appearances for character performers Mario Cantone and Keala Settle, the latter of whom gets to deliver a nice, partial cover of The Cure’s seminal “Lovesong.” The overall idea of pulling together to raise funds for friends in need is certainly not a plotline I’m against, but that isn’t the point of the movie here. The point isn’t even coping with a loved one dying of cancer. The point of All My Life is to make that wedding happen at any cost. The wedding is the be all and end all of All My Life. Instead of making it appear like Jenn will fall apart without Sol, Meyers and Rosenberg have made the staggering miscalculation of making All My Life feel like her life will disintegrate without the wedding. It’s not a film that’s actually about true love. It’s about mounting a symbolic ceremony without much care or thought put into what it all means to those involved.

But that major misstep almost pales in comparison to the outright offensive framing of the film’s conclusion, which comes right before showing pre-credits footage of the real couple at their wedding. Up to this point, All My Life frustratingly had its priorities in the wrong place, but at least it didn’t feel like an open attack against people who’ve struggled through similarly fraught situations. That goes out the window in the film’s ludicrously tone deaf final scene, which tips things from merely being bad to outright anger inducing. As Hollywood fantasy, All My Life goes out on a note that doesn’t work on this or any other planet. As a depiction of a real life situation and the emotions that go along with it, it hurts to watch this for all the wrong reasons. I wouldn’t recommend it to many people who’ve faced similar adversity or anyone looking for a well rounded romance. I could only recommend All My Life to those who don’t care in the slightest about what they’re watching.

All My Life opens in select Canadian theatres on Friday, December 4, 2020. If seeing a film in cinemas, please take all necessary precautions. Wear a mask, practice social distancing, and stay home if feeling ill. 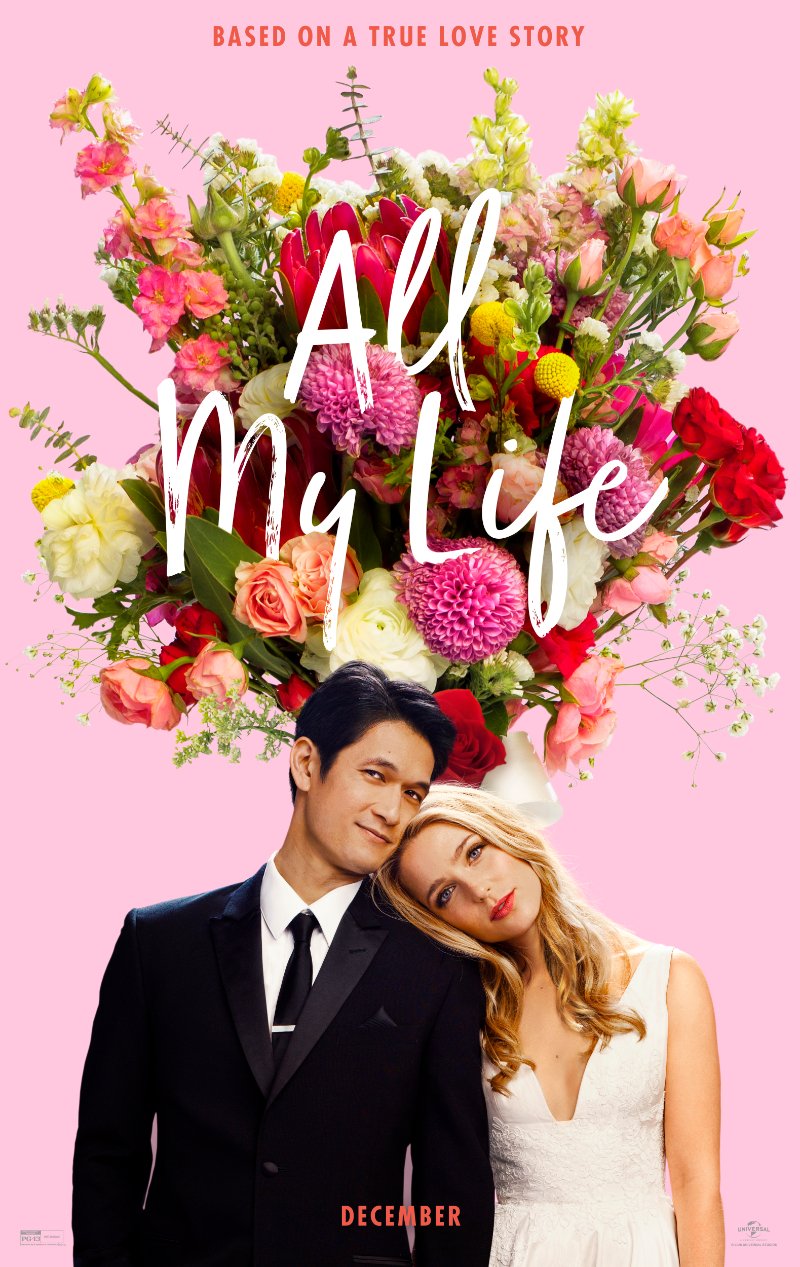