Yes, God, Yes, is a teen sex comedy with the engine of a mature, character based drama. A lively, honest, and laugh-out-loud coming (literally) of age story, writer-director Karen Maine’s first feature Yes, God, Yes examines the relationship between lustful thoughts and religious shame with great delicacy and believable humour. Set in the late 90s – a heyday for dial-up internet aided chat room sexytimes – Yes, God, Yes takes a premise that could’ve fuelled a raucous, bad taste comedy and instead mines its ideas for universal truths and humanity, making it one of the most pleasantly unexpected and satisfying surprises of the year.

Alice (Natalia Dyer) is a smart and cheerful high school junior from small town Iowa. She attends a Catholic school where sexual activity – outside of heteronormative, married couples having kids – is strenuously frowned upon. But no amount of spirituality can stop the tide of puberty, no matter how much these kids are made to feel guilty and ashamed of their urges. Although inexperienced when it comes to sex and love, Alice still has a crush on Wade (Parker Wierling), who happens to be dating Heather (Allison Shrum), one of the most pious and prudish girls in school. Following a party where Alice and Wade spent some time together, a rumour is spread that she hooked up with him in an unusual way. Although she’s embarrassed by these untruths, Alice grows increasingly curious about sex, and specifically about the wonders of self-pleasure. These interests are piqued when an internet rando named HairyChest1956 interrupts an otherwise innocuous AOL anagram game with some lewd pictures. The teasing from classmates and Alice’s teachers comes to a head during a four day religious retreat, where the young woman witnesses repeated examples of repressed sexual urges and uncovers outright lies about the purity of those around her.

Maine (who also worked on the script for the exceptional Obvious Child, a film that also examines sex and shame, albeit through older characters in different situations) adopts an observational approach for Yes, God, Yes. Maine and her cast find ways of mastering the quietly disgusted, confused, or self-satisfied reaction shot, and while the script is witty and perceptive in its own ways, Yes, God, Yes is a film that prefers showing rather than telling. If the viewer can see something happening in Yes, God, Yes, it’s the truth. If they don’t expressly witness something a character claims to have done with their own eyes, it’s almost definitely a lie. It’s a simple and obvious bit of storytelling, but it helps Maine’s work feel perfectly streamlined without appearing formulaic or unbelievable. Alice is a perfect and realistically torn heroine to build a film around because she’s trying her hardest to be honest in an untrustworthy world full of false information and people trying to save their own spiritual face. 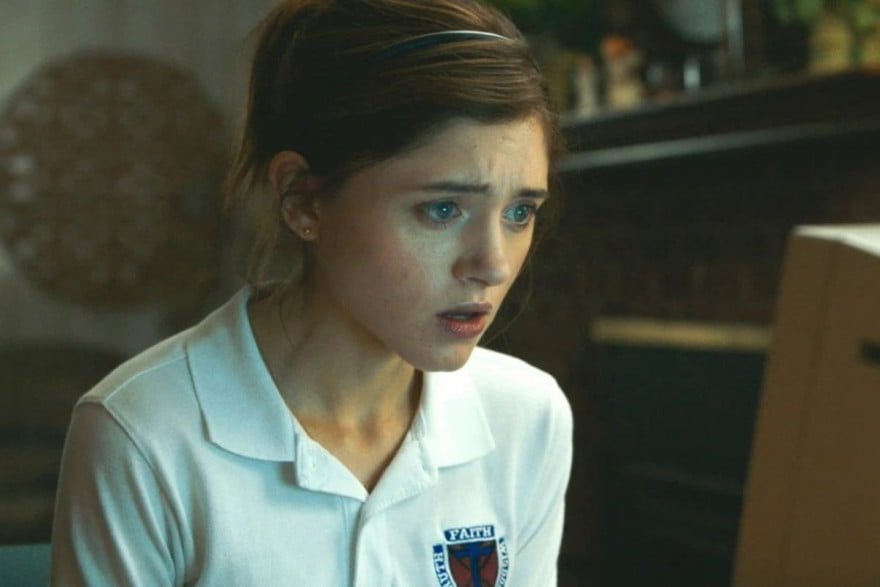 The drama in Yes, God, Yes doesn’t solely come from wondering when Alice will give into her sexual urges and desires, but rather from gauging how she’ll react to her own social situation. Dyer, in her best performance to date, provides Maine’s comedy and drama with a perfectly oriented emotional anchor. Wade has gone on the retreat, and treats Alice horribly, despite the fact that he’s not doing anything to dispel the rumours about their alleged tryst. At every turn, Alice grows further disillusioned with her already tenuous faith by witnessing rampant hypocrisies, especially from the school’s young, but stern Father Murphy (Timothy Simons). Alice develops another crush on the retreat – Chris (Wolfgang Novogratz), a kind, hairy jock – but he seems too dense and caught up in his faith to ever notice. Even Alice’s closest friends seem perfectly okay breaking their faith, but if she ever wants to express something genuine, they’ll brand her as a heathen at best and a liar and slut at worst. The tension in this sex comedy doesn’t come from wondering when the main character will get off, but whether or not Alice will be forced to lie about it all and live in shame and silence.

The pacing and style in Yes, God, Yes and pleasingly basic and brisk, packing a lot into just over seventy minutes, but nothing is missing or out of place. Unlike many creators of teen oriented movies, Maine never turns towards the melodramatic. The situations and themes at the heart of Yes, God, Yes are fraught, embarrassing, and sometimes cringe-inducing, but the writing, characters, and performances are strong enough to keep the story grounded and relatable. There’s sadness and pain hidden between the laughs, but Maine never has to resort to theatricality that would make these problems seem like they’re the end of the characters’ world. Yes, God, Yes, doesn’t dwell or wallow in the darkness or cruelty of others. Instead, the characters acknowledge it, laugh in its face, and try to keep things going as best they can. It’s the sort of delicate tone that the teen movies made during Maine’s chosen time period sorely lacked. Even the requisite, impassioned climactic speech feels earned and reasoned rather than forced.

That’s not to say that Yes, God, Yes shies away from speaking pointedly about sexist double standards or how people can use piety as an excuse for cruelty, but rather that Maine has found ways of making it hilarious and palatable without losing focus. The “nostalgic references” to late 90s movies and pop songs aren’t overused. There’s a great running gag about how Father Murphy compares men to microwaves and women to conventional ovens that never fails to land. And despite the overall lightheartedness, there’s a positively devastating and borderline psychologically abusive sequence where the camp leader read letters from attendees’ parents aloud. The tone between Maine’s settings flows confidently back and forth, placing the viewer in a situation where it awkwardly feels like being in the room with everyone on screen. Yes, God, Yes is the next best (or worst) thing to reliving puberty.

Yes, God, Yes is now available on VOD in Canada. 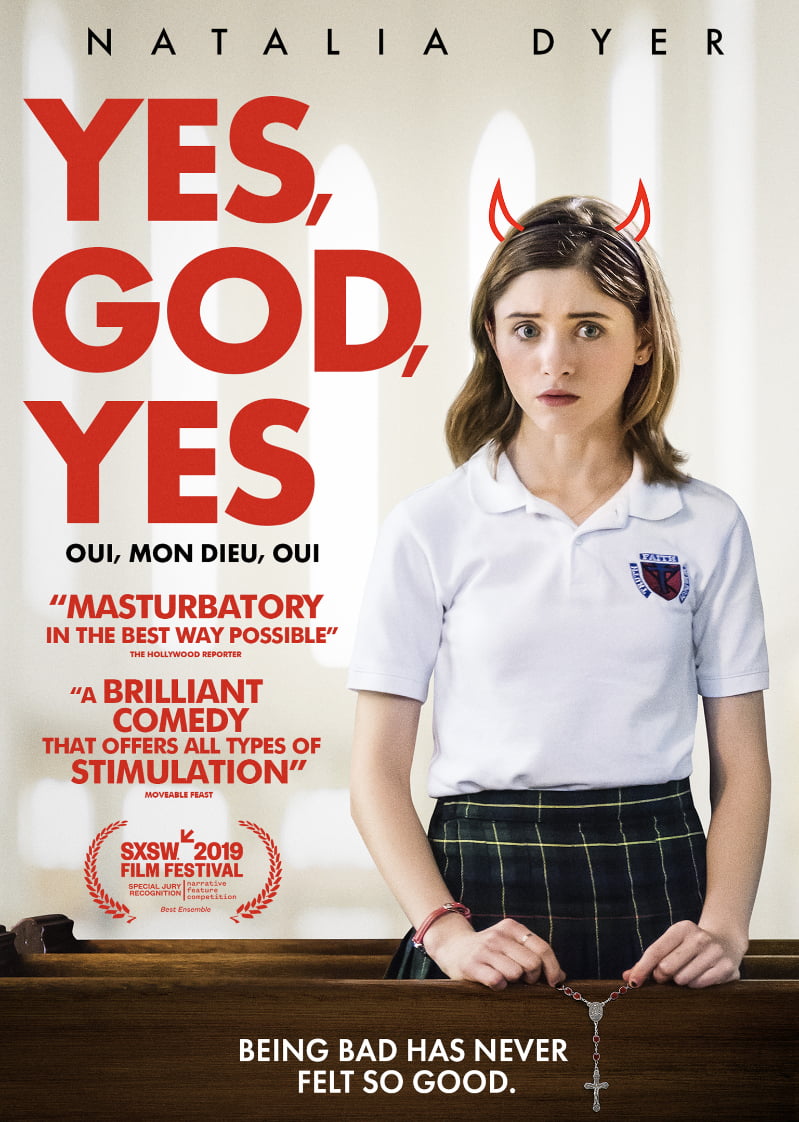