The gridiron drama Safety is a good example of unabashed, wholesome family entertainment done right. Although ticking plenty of requisite boxes when it comes to being as wide ranging and crowd pleasing as possible (big games, precocious kids, bullies, friendship, father figures, light romance, killer soundtrack, impassioned speeches, etc.), Safety never shies away from the pain and trauma at the heart of its true life story. Safety is a glossy, streamlined, and easily digestible bit of Hollywood entertainment, but it also doesn’t condescend, offend, or overly simplify a story that’s packed with stress and drama. There’s probably a version of Safety that could be far more adult and harrowing in tone, but Disney’s version is still entertaining and thoughtful in its own right.

In 2006, Atlanta native and high school football player Ray-Ray McElrathbey (Jay Reeves) was awarded a scholarship to Clemson University in South Carolina, one of the best schools in America with one of the most prestigious and celebrated athletics programs. Ray wants to throw himself into his overloaded course load as a psychology major, while attempting to keep his spot on the football team. Back home, Ray’s eleven-year-old brother, Fahmarr (newcomer Thaddeus J. Mixson) is left alone to deal with their drug addicted mother (Amanda Warren). When mom is arrested and forced into a thirty day, court ordered rehabilitation program, Fahmarr – or, Fay, for short – is left alone with the thugs and addicts who’ve taken over the family home. Unsure of what to do, Ray races back to Atlanta to ensure Fay’s safety. Not wanting to see his little brother put into foster care or a group home for thirty days, Ray makes the dangerous decision to hide Fay in his dorm room on campus, which, if found out, could put his future as a student athlete in jeopardy.

Working from a script by television veteran Nick Santora (Prison Break, Scorpion), director Reginald Hudlin (Marshall, House Party) strikes a nice balance between depicting the equally challenging tasks of being a poor student athlete and those faced by families left in limbo by the judicial system. Safety isn’t a hard hitting examination of either of these topics, and many aspects of the film show a pronounced amount of sanitization for the Disney crowd. (It has one of the most laughably genteel and chaste depictions of a college party ever put to film, right down to punch bowls where the kegs should be.) While there are some humorous moments involving Ray and his supportive Lawn Guylander kicker roommate (Hunter Sansone) trying to smuggle Fay into the dorm’s shared washrooms and others where the little kid proves to be smarter and savvier than his adult counterparts, Safety remains admirably and lovingly focused on its message. 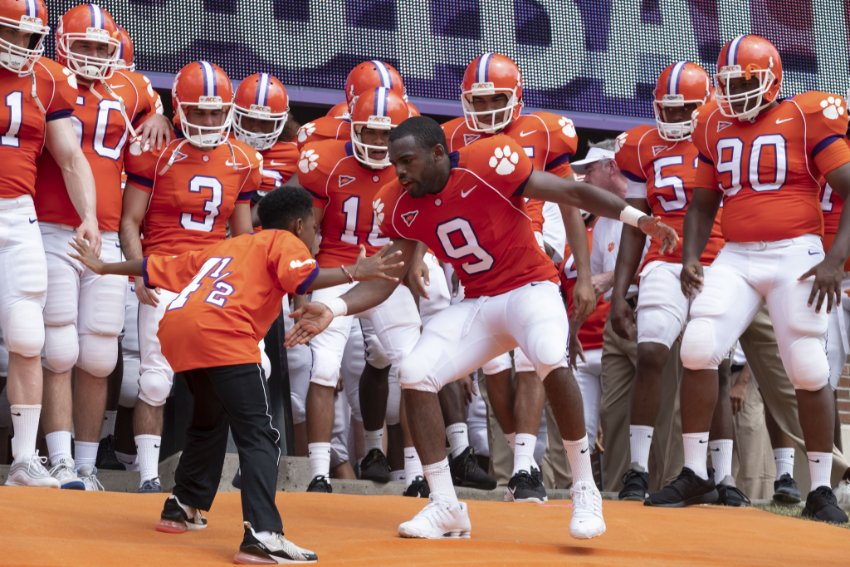 Safety has a pronounced degree of predictability that’s tough to ignore, but that doesn’t make the issues that Hudlin and company are wrestling with any less impactful. It’s easy to understand why Ray would want to look out for his younger brother, and just as simple to see the reasons for keeping Fay on campus a secret. When that secret starts to fall apart – first by opening it up to his other teammates, then his coaches (Matthew Glave and James Badge Dale), followed by his girlfriend (Corinne Foxx), and finally to the community at large – it’s easy to believe the ways some respond with empathy and a healthy amount of concern. The trajectory is predictable, but it doesn’t fail because the heart and soul of Safety is fully realized and formed. It looks like a sunny, heartstring tugging crowd pleaser, but Safety still speaks to an experience that’s unique as it is truthful.

Once the jig is up and Ray can’t keep Fay a secret, Safety pivots into becoming a more interesting and thought provoking film. Once the community starts helping Ray and Fay, NCAA athletics investigators start cracking down on Clemson and its community, suggesting that all the rides to school, free labour, and extra meals are improprieties, out of line with rules and regulations stating that student athletes aren’t allowed to accept “handouts” for any reason. At this point, Safety becomes just as gutting for the people around Ray as it does for the young man who’s barely scraping by as it is. Everyone’s hands are tied. If they want to support Ray and still have an NCAA eligible football team, he’ll have to give up his position. If he wants to stay on the team, he has to abandon his brother.

NCAA guidelines and directives stating what students can and cannot accept from those inside and outside of their schools have been notoriously unfair for decades now, and Safety is one of the few films that speaks to these hypocrisies through a story that isn’t about athletes trying to make it to the pro leagues. It’s already unfair that Ray has been put in this situation to begin with, but Safety examines a true life case where the NCAA openly, recklessly, and without empathy would have ruined an entire community simply for helping someone with genuine need just to keep to their hard line. It’s a situation where it’s easier to root for the heroes than it might be in a big game situation, which is probably why Safety builds more towards a pivotal hearing (where, naturally, everyone and their extended families shows up to offer moral support) than the heavily hinted at Bowden Bowl climax. While the final thirty minutes of Safety retain the look of a Hollywood fantasy version of the story, it did make me think about all the people before McElrathbey who found themselves in similar social and financial situations that didn’t receive the same amount of support. McElrathbey’s story surely can’t be the only example of such a situation throughout the history of college sports, and Safety will make viewers think about how the NCAA’s stringent need to “protect the purity of the game” has the potential to ruin lives.

Like most halfway decent sports movies, Safety is more about the people who play than the game itself. For those who don’t particularly enjoy football, Safety boasts a minimum of on-field action and a story that’s more captivating than a majority of sports dramas out there. It’s easy to be charmed by the winning combination of Reeves and Mixson in the lead roles, and Safety gives Dale a nice supporting role as the tough-love assistant coach who still wants to step up and help any way he can. These characters can be found in plenty of other sporting flicks, but with Safety, Hudlin has found a way to put them to their best possible uses, in service of a story that’s worth telling beyond merely uplifting the audience.

Safety is available to stream on Disney+ starting Friday, December 11, 2020. 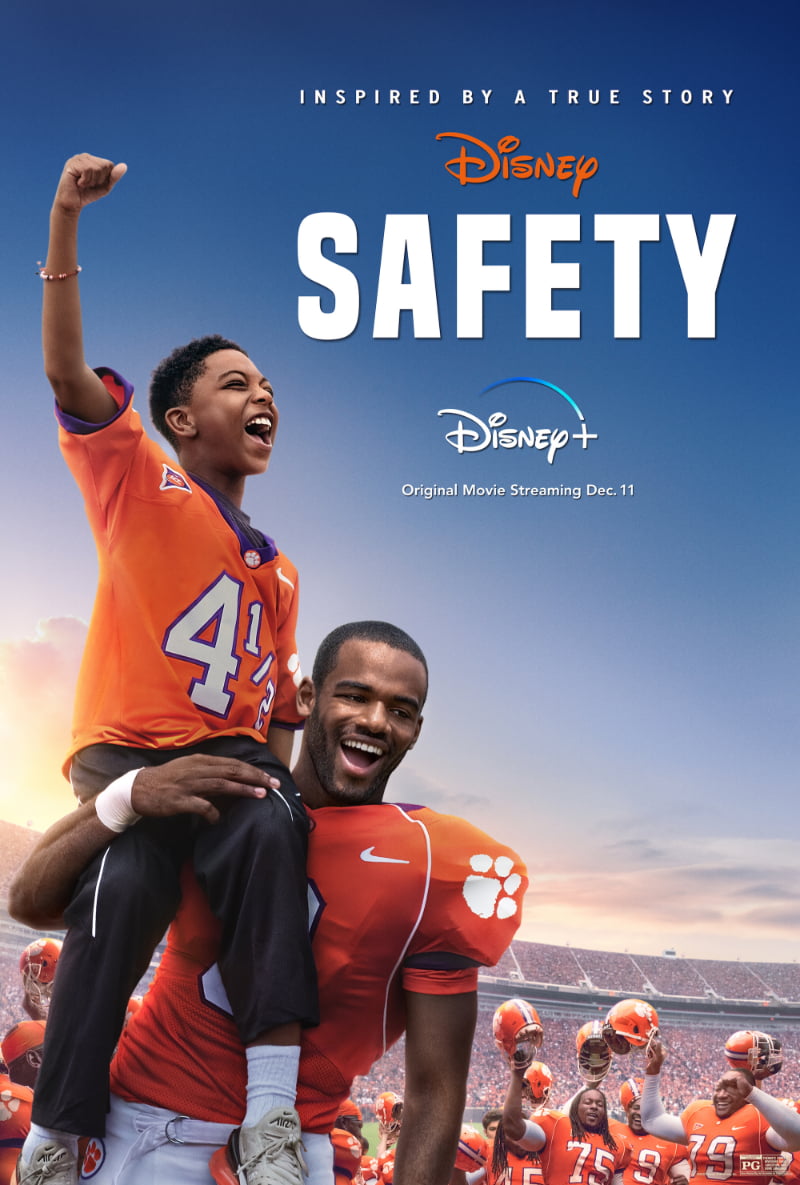