Although it first premiered at Hot Docs all the way back in 2014, Margaret Brown’s equally ecological and economical documentary The Great Invisible is only now being brought to a wider Canadian audience. An all encompassing look at the devastating 2010 Deepwater Horizon disaster, told through the eyes of those who lived through it and the ensuing fallout, The Great Invisible holds messages that have only grown more relevant and poignant in 2020. When it was first released to great acclaim, The Great Invisible was a wonderful look at everyday people whose lives were ruined by a disaster they didn’t cause. When viewed through the eyes of someone living in 2020, one begins to notice a pattern concerning corporate influence over disaster response.

The Deepwater Horizon, for those unfamiliar with the overall details and only know the name through its infamy, was an oil rig in the Gulf of Mexico. Owned Swedish drilling contractor Transocean and operating on behalf of petrol giant BP, Deepwater Horizon was tasked with pulling oil from the second largest underwater reserve ever discovered. The crew was one of the most highly trained in the world, but cutbacks designed to keep profits at an all time high reduced efficiency and safety. Tensions began to rise and patience wore thin long before the rig sprung a leak at an unprecedented depth, leading to an explosion that would kill ten and the worst oil spill in the history of the United States.

The Great Invisible finds Brown documenting the two years immediately following the disaster and examining how locals and former Transocean employees are coping in the aftermath. While the specifics of the situation in The Great Invisible are a unique form of disaster, it’s hard to look at some of Brown’s images and not draw parallels to the current global pandemic. Early on, plenty of oblivious beachgoers continue swimming and frollicing with their families, while paying no attention to the people literally cleaning oil off the sand yards away. Some people will continue to act like nothing terrible is happening, and they won’t stop living their lives, while many who agree to talk with Brown about their economic and psychological hardship would strongly disagree about how well the government and oil companies have responded to the disaster. 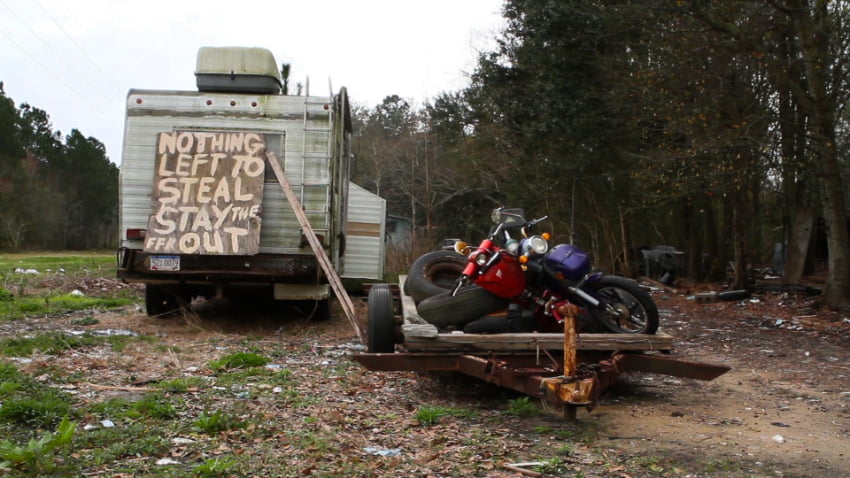 In the coastal city of Bayou La Batre, Alabama – the state’s seafood capital – the fishing industry has been decimated by the spill, with many boats being repurposed to provide bizarrely ineffective clean-up solutions. A moratorium on drilling permits in the ocean put in place by the Obama administration to mitigate future disasters has left thousands jobless and in a state of limbo. Aid services are strained to a breaking point, and many of the unemployed live in shanty towns and pop-up trailer parks where scrapping and stealing are a way of life. Affected parties fight for small pieces of large settlements that might never materialize or make much of a difference, and those who were aboard the Deepwater Horizon at the time of the explosion wrestle with survivor’s guilt and PTSD.

Sadly, as we’ve learned all too well by now, traumatic and tragic events often aren’t enough to change human behaviour or put a stop to profiteering practices that put people in harm’s way. While we’re witnessing the continued effects of a global pandemic in this moment, The Great Invisible looks at the often disregarded human face of “cheap energy.” The Great Invisible bounces back and forth between discussing the disaster itself and profiles of those impacted by it. Answers about who knew what and when before, during, and after the Deepwater debacle are hard to come by, with the major corporations at the centre of it admitting minimal culpability and constantly shifting larger blame amongst each other. Amidst all this, people feel abandoned and resources have dwindled into nothing. Not even the high profile lawyer tasked with handling compensator settlements – the esteemed Ken Feinberg, who has taken part in almost every large scale victim’s fund since the turn of the century – can make heads or tails of what he’s gotten himself into. By the time Brown has reached the conclusion of her film, the permit moratorium had lifted, and the black gold rush had begun anew, with BP and Transocean revitalized enough to start bidding on lucrative contracts put out by the government. The United States didn’t have an energy policy in place by the time Brown stopped filming, and with the benefit of hindsight viewers will notice that things have only gotten worse in that department. The Great Invisible works as a shocking microcosm of what’s happening around the world today.

While many interview subjects – including Deepwater Horizon’s chief mechanic Dave Brown, who shares some of his home movies from aboard the rig – are willing to talk with the filmmakers, there are plenty more who live in fear of repercussions from the oil companies who hold their livelihoods in limbo. That contrasts brilliantly to the time the director spends at a posh dinner amongst oil industry insiders bemoaning the bad press they’ve been getting and pining for “the good old days.” They chuckle over expensive drinks, dessert, and cigars while some of those under their employ have to leave signs on their property to tell desperate looters that there isn’t anything left worth stealing.

The Deepwater Horizon disaster destroyed a lot of things that can’t be rebuilt and portions of the environment might bounce back in hundreds of years, but that’s only if things don’t get worse (which given the state of oceans today, seems impossible). One of the biggest things that won’t fully return is trust. Then as it is today, people are growing increasingly exhausted by governments that place profits and the rights of megacorporations over working class people. The Great Invisible remains a studious, impactful, and humane look at a preventable disaster, but within its margins are unforgettable lessons that are just as relevant in our current moment. Viewers will be left understandably frustrated by how little has changed in a decade.

The Great Invisible, part of The Impact Series, is now available on VOD in Canada. 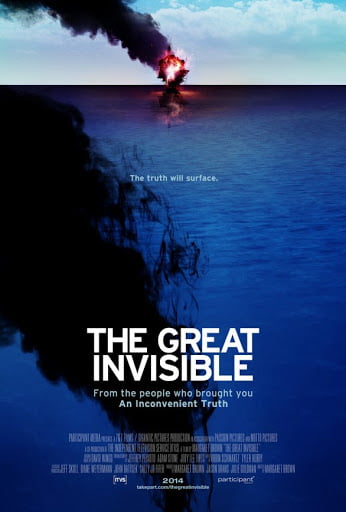