Swimming Out Till the Sea Turns Blue | Review

While an interesting enough meditation on the intersection of Chinese literature and familial culture across the past century, the documentary Swimming Out Till the Sea Turns Blue is an overthought effort from master filmmaker Jia Zhang-ke. Closing out a trilogy of documentaries about Chinese artforms that includes 2006’s Dong and 2007’s Useless, Swimming Out Till the Sea Turns Blue (the director’s first feature length nonfiction effort since 2011) never nails down what story it wants to tell until it’s too late to salvage things. A film too caught up in depicting a specific, but dully depicted cultural event and an overly broad history lesson that the more personal aspects of the documentary can’t fully support, Swimming Out Till the Sea Turns Blue offers just enough insight into the writing process to avoid being a complete misfire.

Zhang-ke builds Swimming Out Till the Sea Turns Blue around a once in a lifetime event that occurred in May of 2019: a mass gathering of authors from all over China in his native Shanxi Province. To explain the significance of such an event, Zhang-ke opens by examining the life and times of late writer and activist Ma Feng, who was also a documentarian of sorts. Ma Feng spent a good portion of his life living with his wife in Jia Family Village (which isn’t related to Zhang-ke or his family), a rural community that was written off by outsiders as a dump; a place that made people physically ill just by being there. While the Chinese belief that progress is only achievable through mass mobilization took root, Ma Feng’s experiences in Jia Family Village from the 1940s to the 1970s coloured and shaped the tone and substance of his writing.

Most of the author’s life is relayed to Zhang-ke through a lengthy sit down interview with Ma Feng’s daughter, Duan Huifang, and these sorts decidedly uncinematic, longform chats will comprise the bulk of Swimming Out Till the Sea Turns Blue. Initially, it’s hard to see where Zhang-ke is taking his self-branded and overthought “18 chapter symphony” because the focal point remains frustratingly unclear. For the first hour, it’s impossible to tell if Zhang-ke wants to focus on Ma Feng in great detail or the historical gathering of authors. The convention is a big deal because the concept of “contemporary literature” has really only emerged in China during the last forty years, with many influential authors who were around during this cultural revolution (of sorts) still around to speak about their experiences and influences.

The imbalance of Swimming Out Till the Sea Turns Blue and Zhang-ke’s rambling form of storytelling causes problems early and often. The decision to divide the documentary into chapters turns out to be as superfluous as the convention of authors will ultimately turn out to be. When Zhang-ke finally pulls away from lengthy, but adoring and anecdotally rich lectures about Ma Feng, the actual coverage of the big event amounts to nothing more than a bunch of soundbites filmed from far back in the audience. What seems like the purpose of the project is ultimately written off in frustrating, almost careless fashion, leaving the entire first half of Swimming Out Till the Sea Turns Blue a missed opportunity. 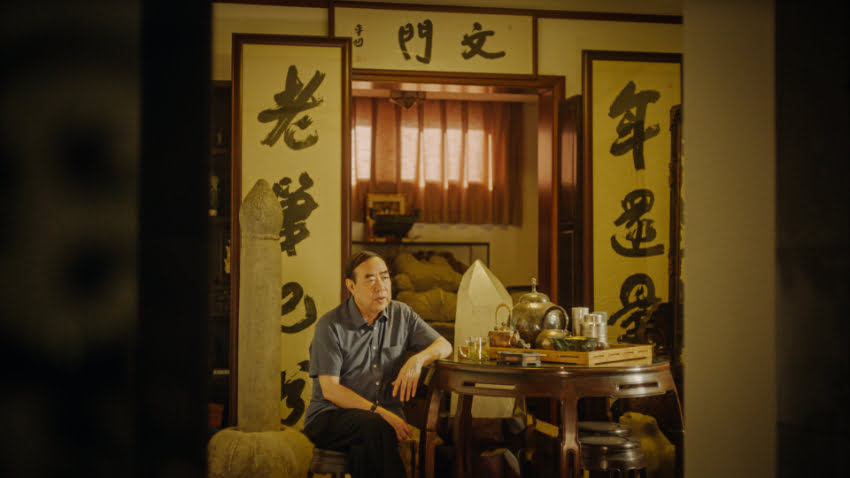 It’s virtually impossible to tell what point Zhang-ke is trying to make until the second hour, when things settle down with more one-on-one, longform interviews with authors who attended the conference. At this point, it becomes clearer that Zhang-ke wants to examine how artists are products of their own environment. The Chinese perspective on this is an intriguing one, because some of the country’s greatest and most overlooked literary accomplishments have happened since the end of World War II, with many authors finding audiences because they have taken great inspiration from their rural hometowns, just like Ma Feng. Stories of hard labour, families sharing communal kitchens, and arranged marriages from days gone by became staples of Chinese stories and poems, offering a different, but no less vital overview of the country’s fraught social, political, and economic maturation process.

Swimming Out Till the Sea Turns Blue connects back to the works and history of Ma Feng primarily through longform interviews with writers Jin Pingwa, Yu Hua, and Liang Hong, all of whom have fascinating stories about growing up in generations roughly a decade apart from one another. Pingwa – who memorably observes in his writing that “birthplace is also called blood land” – transitioned from working in the construction bureau into his authorship at a time when the profession wasn’t widely recognized or respected. Hua literally grew up in a hospital, living right near the operating theatre and morgue. Hong’s memories of losing a loved one will forever be tied to her work. All three share their joys, frustrations, heartbreaks, and hardships eloquently, even if two full hours packed with static looking interviews is a lot to ask of any audience.

There’s much to be said about “the lonely countryside” throughout Swimming Out Till the Sea Turns Blue that’s unique to Chinese cultural experiences, but each of the three authors share some more universally relatable stories. The writers – most notably Hua – dish about university experiences, clashes with editors, hustling to find publishers, and barely being able to make ends meet, all of which tie back nicely to Zhang-ke’s desire to show the difference between town and country throughout the world, not just China. Great art has always been a product of environment and experience, and the connection that Chinese literature has to the country’s overall history is given a nicely personal form of examination.

But that examination takes far too long getting off the ground and is constantly getting lost in moments where “everyday people” dramatically read poetry and prose in a variety of locations and a thread about the omnipresence of technology that comes across hamfistedly rather than organically. Swimming Out Till the Sea Turns Blue works best during its quartet of unblinking interviews, and everything around them comes off as filler material. There’s nothing in the rest of the film that viewers can’t get from Zhang-ke’s chosen core of subjects. Zhang-ke remains one of the world’s most interesting and thought provoking filmmakers, but Swimming Out Till the Sea Turns Blue bears all the markings of a documentary that got away from the person making it. 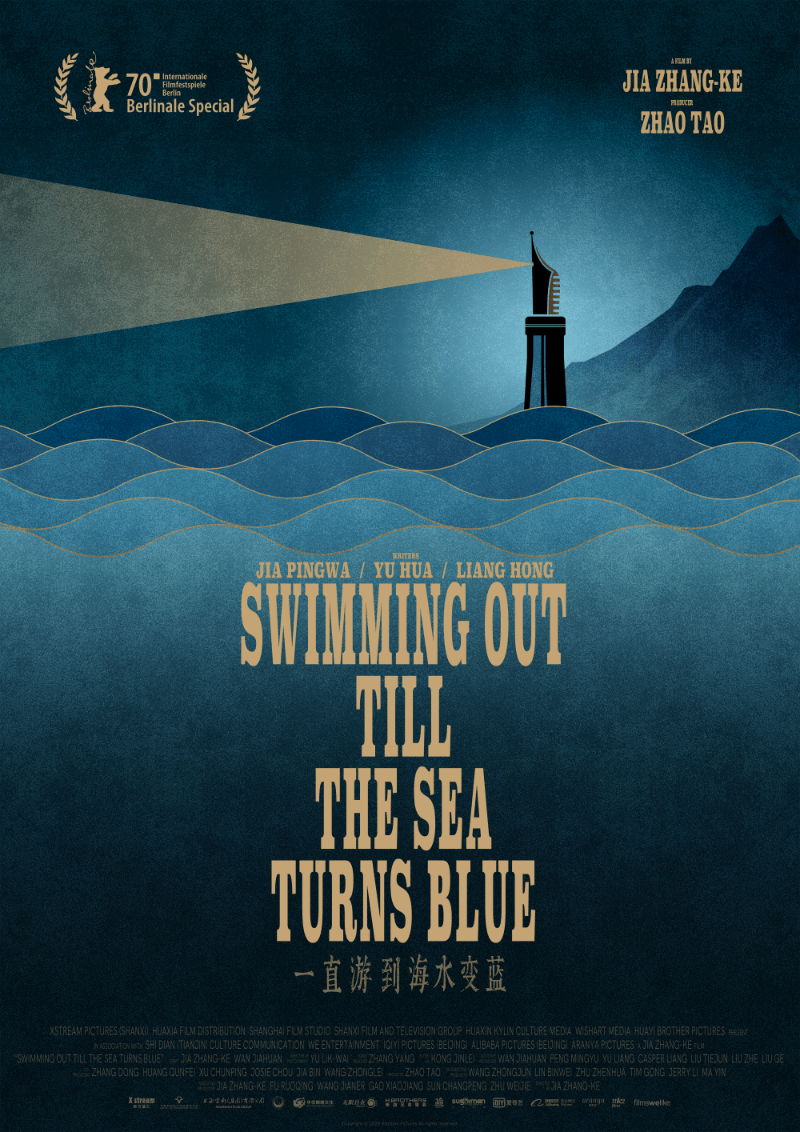