Although it’s made with a considerable amount of visual and performative talent, the disappointing thriller I’m Your Woman is an empty, wheel spinning experience. What starts with a kernel of a good idea quickly devolves into a case of style over substance, with too much dead space between the more interesting character beats and themes. The 1970s set I’m Your Woman has a positively deathly first hour to sit through, and once the latest effort from director and co-writer Julia Hart finally gets going, a new problem emerges when the film introduces a supporting character that has a more interesting and vibrant backstory than the protagonist the viewer has been trying and failing to get to know for half the film’s running time. The crushing dissatisfaction that pervades throughout I’m Your Woman threatens to undo any messages the film has to offer about female resilience and race. At 80 minutes in length, I’m Your Woman would have been thrilling and subtle. At 120 minutes, it’s rather punishing and obvious.

Jean (Rachel Brosnahan) is married to Eddie (Bill Heck), a cocky career criminal. It’s hard to tell just how in love they are, as Jean seems genuinely out-of-sorts, and Eddie acts oblivious to anything being wrong. One day, in a bid to cheer up his infertile wife, Eddie brings Jean a baby. There’s no explanation how he got the baby or if it even has a name, but Eddie tells Jean that it’s totally cool for her to raise the kid as their own. Not long after “adopting” the baby, Jean is informed by one of Eddie’s partners-in-crime that she needs to get out of town immediately, no questions asked. She’s gifted $200,000 in cash and driven away by Cal (Arinzé Kene), a black associate of Eddie’s that she’s never met before. A confused and scared Jean and her baby hit the road, eventually settling down in a house, waiting for word from her husband – or literally anyone else – about what happened.

I understand what Hart (Fast Color, Stargirl) and co-writer/husband Jordan Horowitz are trying to accomplish by getting I’m Your Woman off to such a disorienting and mysterious start. Hart wants to place viewers firmly in the shoes of a woman who has never been left completely alone in her life. Eddie isn’t a great husband, but there’s a strong sense that he was always around in some capacity to provide for and protect Jean. Now not only is Jean on her own and having to care for a kid that both is and isn’t her’s, but she has to wallow in the discomfort of wondering where her husband is, who these people that are aiding her are running from, and what their next move is going to be. While I appreciate the film’s ability to orient the audience towards Jean’s headspace, the laboured and languorous pace is dragged out to such a degree that the film’s first sparks of menace and life – around the 45 minute mark – feel more like a relief than a release of tension. Even when that moment arrives, the characters simply hit the road again and more time is killed without anything being explained.

As great of a performer as she is, I can only spend so much time watching Brosnahan looking worried or staring off into space without knowing what she’s worried about. I understand that this is a new situation for this character, but it’s made clear early on that she knew her husband was a criminal when they got together. So much has been kept from Jean that she’s essentially a blank slate with no autonomy of her own, and it extends to making the audience sit there, waiting for something – anything – to happen of consequence.

There’s no gradual awakening to be found in I’m Your Woman until it snaps completely into focus with the arrival of better characters who finally shake the movie from its doldrums. Before that point, I’m Your Woman seems all too content to let Brosnahan’s game and appropriately unglamorous performance do all of the lifting, with the actress’ only primary supports coming from a lot of period appropriate decor and costume changes. It’s a film that’s more in love with atmosphere than its own sympathetic protagonist.  Even moments where Jean is trying to get information out of Cal or she’s tending to a nosy neighbour (Marceline Hugot) don’t move things forward very much. 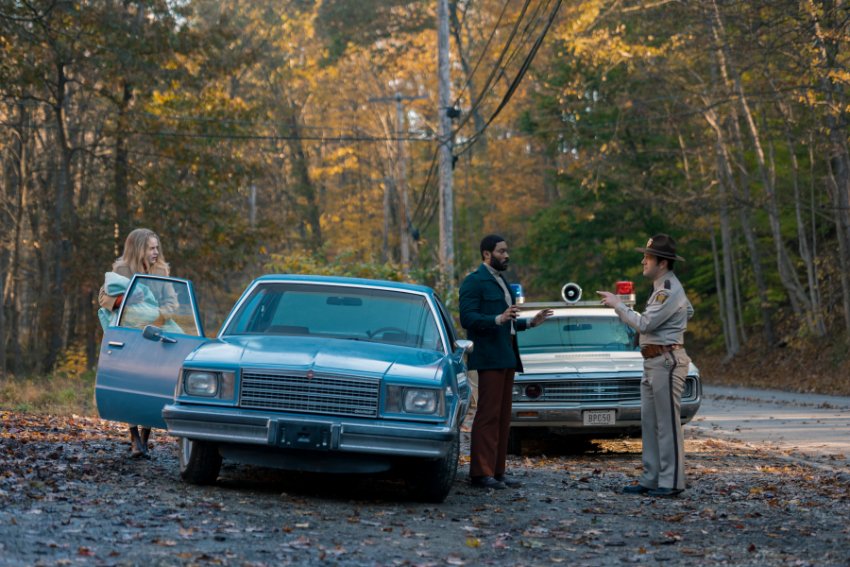 The first hour of I’m Your Woman is easily the most unnecessarily slow storytelling I’ve sat through this year, but thankfully things pick up in a big way once Jean settles into staying at Cal’s childhood family home in the woods. Into the picture comes Teri (Marsha Stephanie Blake), Cal’s wife, who is the opposite of Jean in almost every way. Unlike Jean, Teri, who has a young son, is generally more informed about her husband’s exploits. Teri understands the criminal world and the forces hanging around the periphery far more than Jean. Through Teri, and Cal’s visiting father, Art (Frankie Faison, who’s also pretty great), Jean finally starts to come out of her shell and into her own.

At this point, themes of racial and sexual divides start to come into better focus, but they never become fully clear, and the welfare of the baby is dropped so swiftly one wonders if Hart and company forgot it was even there. Outside of 1970s middle America still being a dangerous place to be a black person (shown here via a traffic stop sequence involving Cal and Jean that feels forced and cliched) and a depiction of a woman who was left behind by the surge of feminism over the past two decades of her life, anything I’m Your Woman has to say is distressingly basic. The answers given about who these characters are and the game they’re unwittingly caught up in are limp, but at least there’s a lot more in the film’s second half than the first.

A lot of that can be credited to Blake, who owns the heart and soul of this film. While Brosnahan finds a decent scene partner in Kene during the first half, Blake provides the star with the support needed to take Jean’s character to different levels. Teri is smart, funny, and has a more interesting and detailed backstory than Jean. The more time one spends with Teri and learns about her relationship with Cal, the more one wishes I’m Your Woman had been about the strong black woman instead of the meek white one. This chasm in interest level between the two can’t be breached, no matter how empowered Jean becomes.

Just as things seem to be building momentum towards a big showdown where Jean will finally show her antagonizers how she has grown – complete with an impressive car chase and a chaotic nightclub shootout – I’m Your Woman wraps up with an ending that’s bound to leave even those able to meet Hart’s relentlessly stoic tone halfway somewhat dissatisfied. It’s like staring at a balloon for an hour, hoping it’s going to blow up, and once it starts magically filling with air out of seemingly nowhere, it all gets quickly sucked out again rather than popping. I’m Your Woman is a lot of time and effort expended for virtually nothing coming close to a payoff.

I’m Your Woman is available to stream on Amazon Prime Video starting on Friday, December 11, 2020. 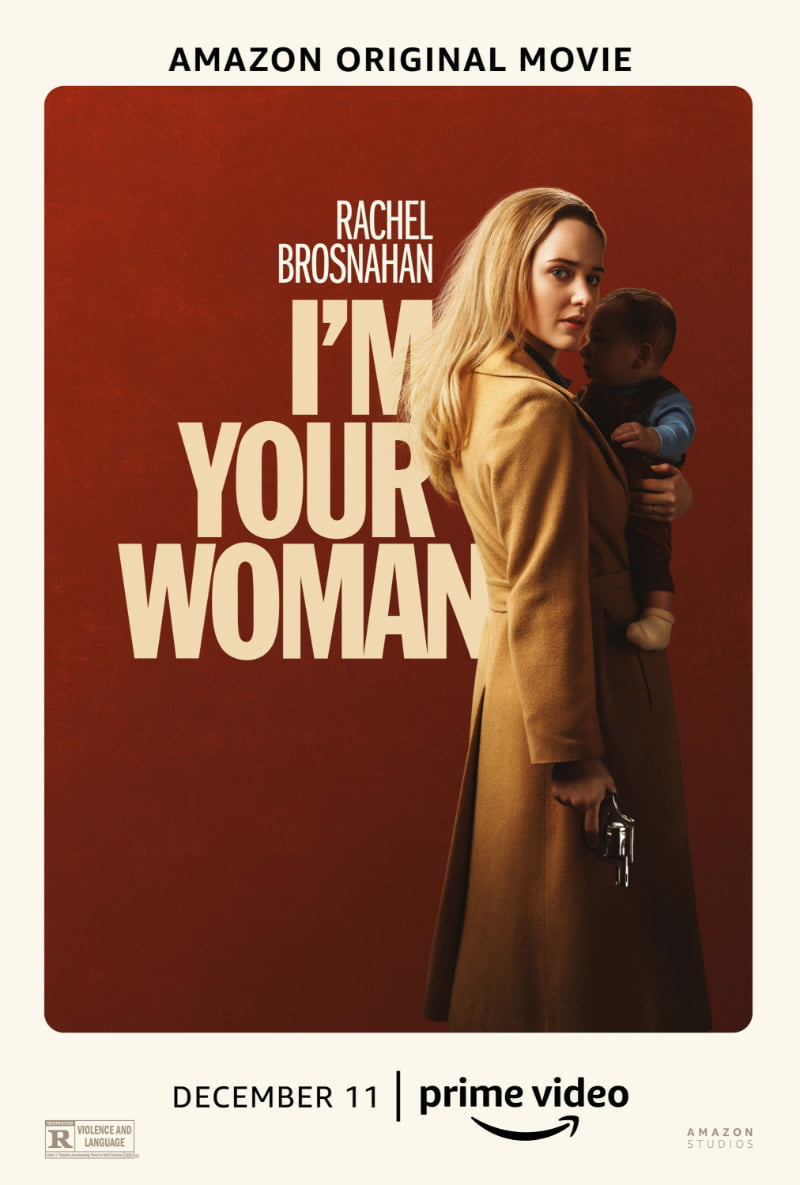 This was an excellent and spot on review! Wish I had read it before I wasted two hours of my life I this dreck.