Director Robert Zemeckis’ take on Roald Dahl’s classic children’s tale The Witches is an underwhelming adaptation that looks outstanding, yet feels unnecessary. It’s a film made with a tremendous amount of talent at every level of production, but The Witches has all the feelings of a stop-gap project that coasts on the laurels of British filmmaker Nicolas Roeg’s cult-classic 1990 adaptation of the same material. Zemeckis’ production never gives off an impression that this story needs to be told, but rather that everyone involved with this version seemed to love the source material and original film. The result is a frustratingly static and only moderately engaging film that never creates brilliant flashes of its own.

This version of The Witches changes Dahl’s setting from the English countryside to the American South during the late 1960s. The boy hero (who isn’t named, but is played nicely by Jahzir Bruno) is an eight-year-old living with his grandma (Octavia Spencer) after his parents died in a car accident. Grandma is a sort of spiritually minded faith healer who once ran afoul of some nasty witches in her younger years. When the boy discovers witches in their town and grandma starts feeling the nagging effects of a curse placed upon her, the old woman decides that they should spend some time at a ritzy hotel until things blow over. Unfortunately for them, the woman and her grandson have chosen to stay at the same hotel where the Grand High Witch (Anne Hathaway) has assembled her crone cronies from all over the world for a convention where they’ll discuss ridding the world of all its pesky children. The boy runs afoul of the Grand High Witch and must work with grandma to save the day after he has been transformed into a mouse.

The dark and somewhat disturbing opening to Zemeckis’ The Witches is both well in line with Dahl’s source material and something that appears to be setting up a more ambitious film. Unfortunately, it’s quickly apparent that the switch of locations, time periods, and the race of the main protagonists will offer nothing. Although the boy and his grandmother are black, and they live in a time and part of American where it could be dangerous being a person of colour, The Witches has nothing to say on the subject. Any interesting subtext that comes from the film’s inclusive approach to casting is dropped almost as soon as it’s hinted at. From that point – once The Witches switches over to the hotel setting – Zemeckis’ latest becomes almost a beat-for-beat remake of Roeg’s 1990 adaptation.

While every intricate detail of the posh hotel is immaculate and the whimsical effects, ornate costumes, and ghoulish make-up effects are all top notch, Zemeckis and his co-writers seem content to simply lift setpieces wholesale from Dahl’s novel and Roeg’s film. Anyone who has seen the 1990 version of The Witches and remembers it well will likely experience deja vu. What little changes are made to The Witches are either too slight to notice or make no impact to the overall arc of the story. That familiarity becomes all the more disappointing when one learns that Zemeckis’ credited co-writers are Girls Trip and Black-ish scribe Kenya Barris and award winning filmmaker Guillermo del Toro (who also gets a producer credit here alongside fellow Mexican director Alfonso Cuaron). Each of these writers have such unique sensibilities on their own, but in tandem, none of their voices rise above the others. They cancel each other out and the film seems like something put together by committee rather than by established, vibrant talents.

And yet, the talent is there. Despite the fact that every scene in The Witches is lacking in originality, the craft and effort put into making a good looking and fast moving film is obvious. I don’t doubt that younger viewers will be sufficiently entertained and frightened by this version of The Witches as their parents likely were by the original works, but I also doubt this will work well with anyone having familiarity with Zemeckis’ sources. Bruno is a confident  and likable young actor, and Spencer offers neverending warmth and kindness as the determined, helpful grandmother, and they more than do their part. But despite her frightening appearance and costuming, Hathaway’s performance as the chief villain proves to be a misfire; a mish-mash of atonal, over-the-top, and less than complementary actorly choices (not the least of which is a constantly changing accent) that confounds and annoys more than it terrifies. Anything that works about Hathaway’s performance can be best credited to the make-up, costuming, and effects teams.

But to her credit, at least Hathaway is trying something new, which is a wise decision when the character in question is destined to stand in the shadow of one memorably played by Anjelica Huston. The same can’t be said about the rest of The Witches, a film that’s more scared at the prospect of trying and failing than it is the machinations of its own dark story. Any opportunity to do something new and fresh with the material is missed, even when it comes to including an ending that hews closer to Dahl’s conclusion than the one Roeg offered thirty years ago. Dahl famously hated the ending to Roeg’s film so much that all other film adaptations had to be personally approved by the author prior to his death. Although Dahl is no longer alive to see this version of The Witches, it’s doubtful that he’d feel much differently about how Zemeckis handles things in the hokiest and hollowest possible ways. It’s hard to think of anyone who’s seen the previous film thinking any differently of this in general.

The Witches opens in select cinemas and is available on premium VOD across Canada starting on December 25, 2020. If seeing a film in cinemas, please take all necessary precautions. Wear a mask, practice social distancing, and stay home if feeling ill. 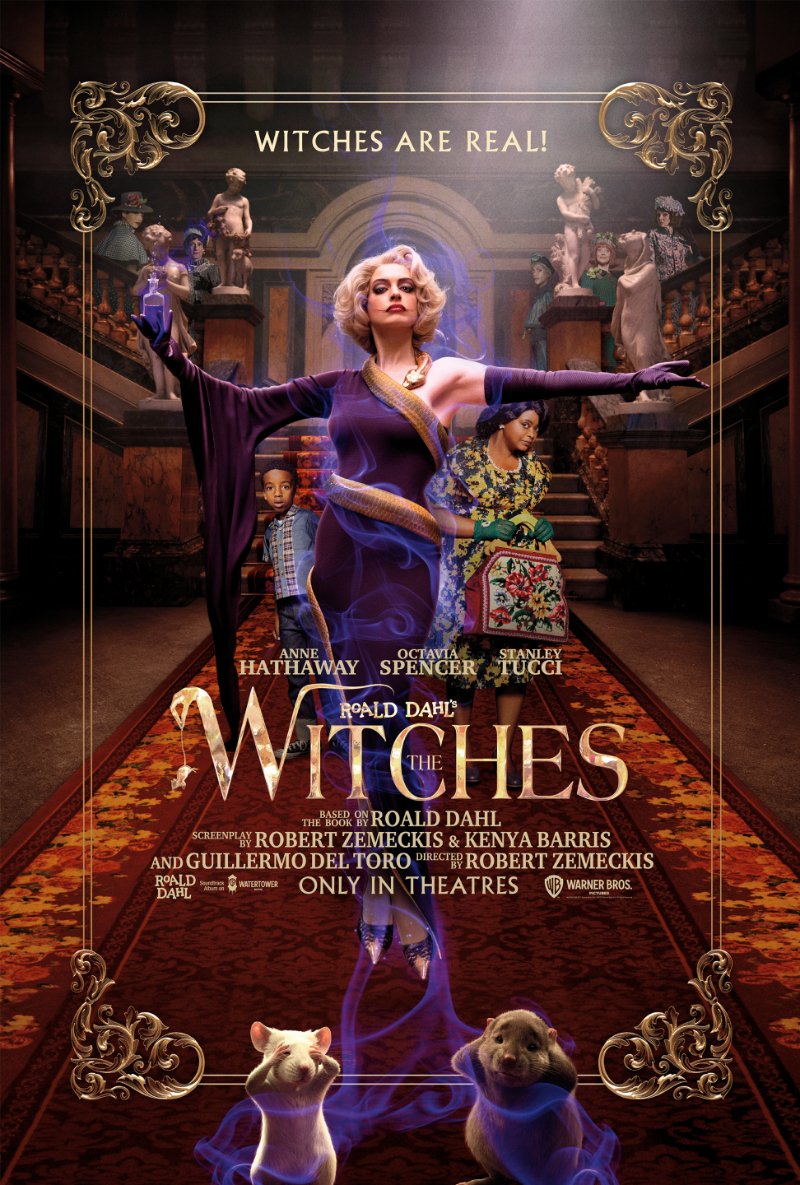