Some Kind of Heaven | Review

Some Kind of Heaven, the first feature-length documentary from filmmaker Lance Oppenheim, is a moving and honest look about people growing older but never fully growing up. Going behind the gates (or “speed bumps” as a local security guard likes to call them) of America’s largest and most uniquely insular retirement community, Some Kind of Heaven is a documentary about searching for or retaining love in a person’s senior years. It’s not an expose of a place some might dismiss as weird, creepy, or old fashioned, but rather a real life character study of some of those in and around its orbit; people who want to experience love and be loved in return.

The Villages, located almost in the direct centre of Florida, is a place many retirees aspire to, and once they’re there, they likely won’t want to leave. Nor would they have to. The Villages is a world unto itself, offering the 55+ crowd small town charms with big city amenities. It has its own shopping centres, prison, movie theatre, doctors’ offices, recreational hubs, theme bars, and chain restaurants that residents can scoot between on one of the community’s hundreds of golf carts that are up for sale. Want to learn more about preparing for your funeral? A representative will happily meet you down at the local Ruby Tuesday to provide a visual presentation over lunch. There’s no reason to really leave The Villages once a resident is there, with one of Oppenheim’s chosen subjects referring to this enclave as “heaven’s waiting room.”

But Some Kind of Heaven isn’t a film that’s heavy on anecdotes that showcase how living in such a place – or even spending an extended period of time there – can be a surreal experience to the uninitiated. Some Kind of Heaven – which was produced in part by The New York Times and filmmaker Darren Aronofsky – is a film about human connection in a place where “the good life” can seem all together artificial and unnecessarily sanitized. Oppenheim settles on four chosen subjects with different backgrounds and struggles, but all of whom have something to say about love and connection as senior citizens.

Annie and Reggie Kincer have just celebrated their 47th wedding anniversary, but the husband’s recent and prolific experimentation with psychedelics and harder drugs is causing him legal troubles and driving a wedge between them. Barbara Lochiatto – a Boston native who would go back home if she had any savings left – is recently widowed and gradually trying to make new friends in a place where she suddenly feels isolated and alone. Dennis Dean doesn’t technically live in The Villages, but he’s there every day. Dean is an 81-year old lifelong hustler from California who lives out of his van and continues to hit on single women with hopes of landing a place to stay for an extended period of time. 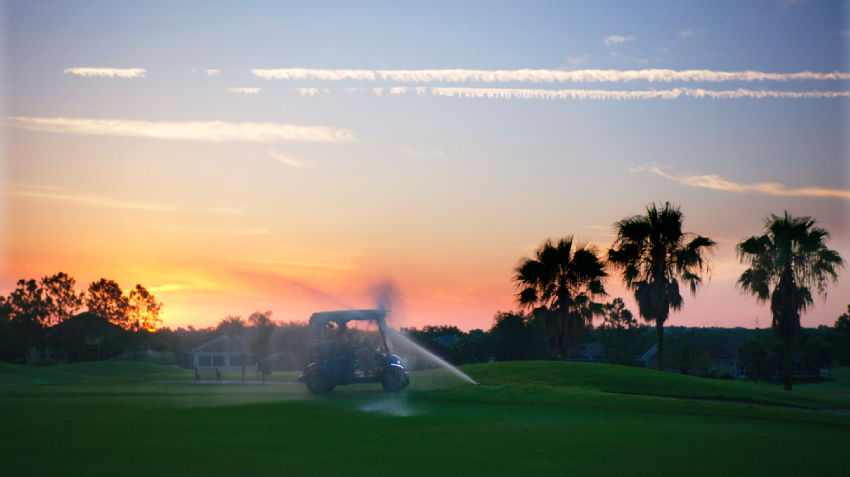 All four of the people profiled by Oppenheim have lives that they want to get back on track, and all of them are keenly aware that they’re running out of time to do it. Their options for how they’re going to go about their life goals are limited by age, geography, and economics. They all have love to give, and while some of them go about expressing their feelings in questionable, problematic ways, the subjects of Some Kind of Heaven always express a sense of hopefulness amid their obvious frustrations and self-doubt. Dennis and Reggie have some clear-cut legal issues that they’re trying to skirt or fight, while Annie and Barbara can only wonder if the chance for deeper love than what they’ve already experienced in life is never to return.

The situations and emotions at play in Some Kind of Heaven – which captures the isolated, small town vibe of The Villages via nicely simplified full-frame cinematography – are rich and complex. Viewers won’t mind if someone as lonely and pained as Barbara finds someone new, as long as she finds happiness. Reggie will prove to be his own worst enemy (especially in a jaw dropping courtroom sequence), but there’s always hope that he’ll pull himself away from the abyss for the sake of Annie. And while it’s easy to see Dennis as a predatory career con artist who’s drawn to The Villages because he can have a nonstop party, Oppenheim finds a palpable sadness and void in this man’s heart that makes him hard to dislike and dismiss outright.

There could stand to be a bit more substance in terms of depicting The Villages as a unique entity where rules and standards of living are different from those of other retirement communities, but Oppenheim’s narrowed focus still offers a lot of insight into the aging process. The Villages is a contradiction in its own terms: a place where people go to forget that they’re growing older until it’s too late to do anything more substantive. The subjects in Some Kind of Heaven speak well to the strangeness of such a place, and the human desire to leave this world with another by one’s side. These problems aren’t unique to their age bracket, either. 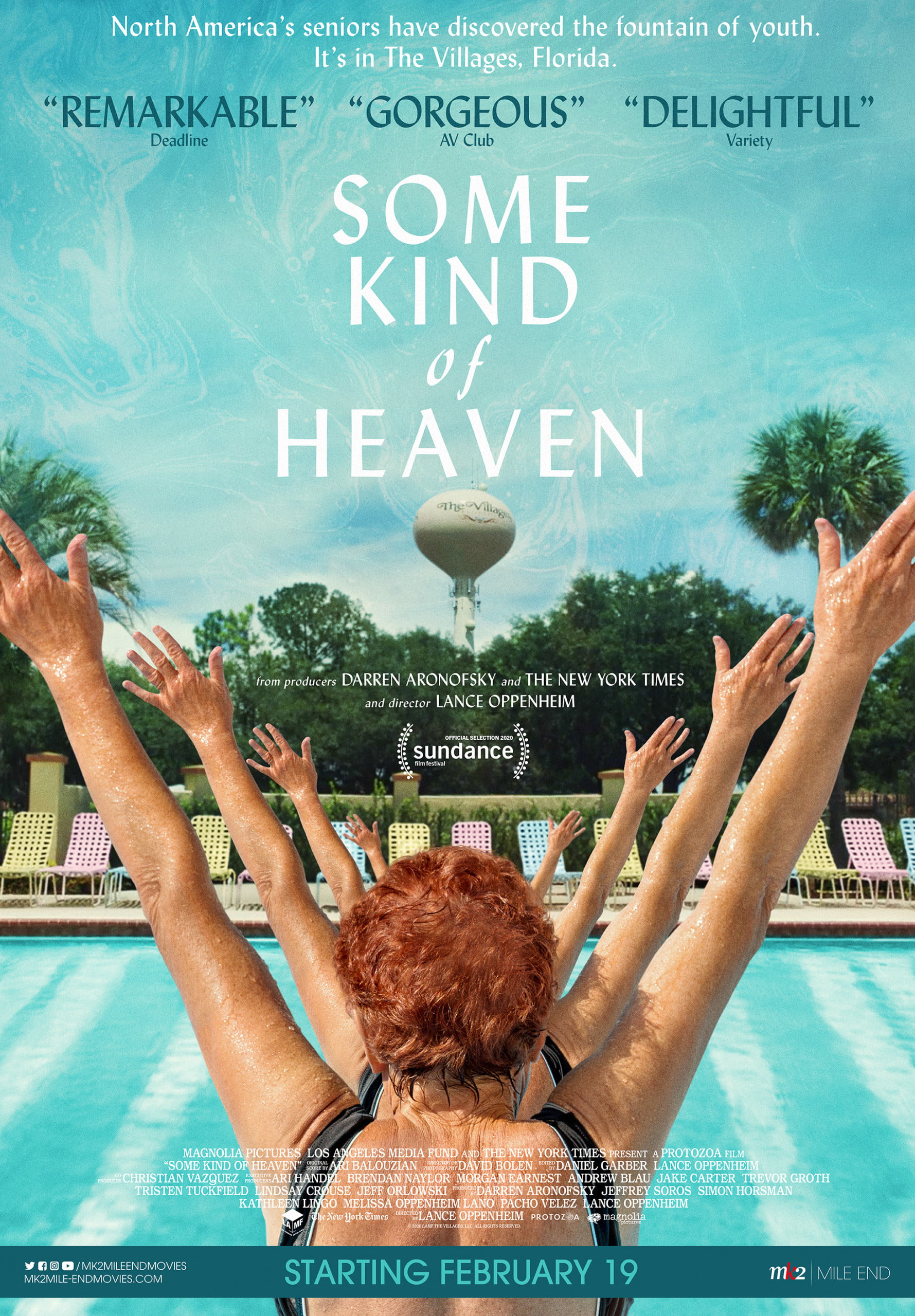