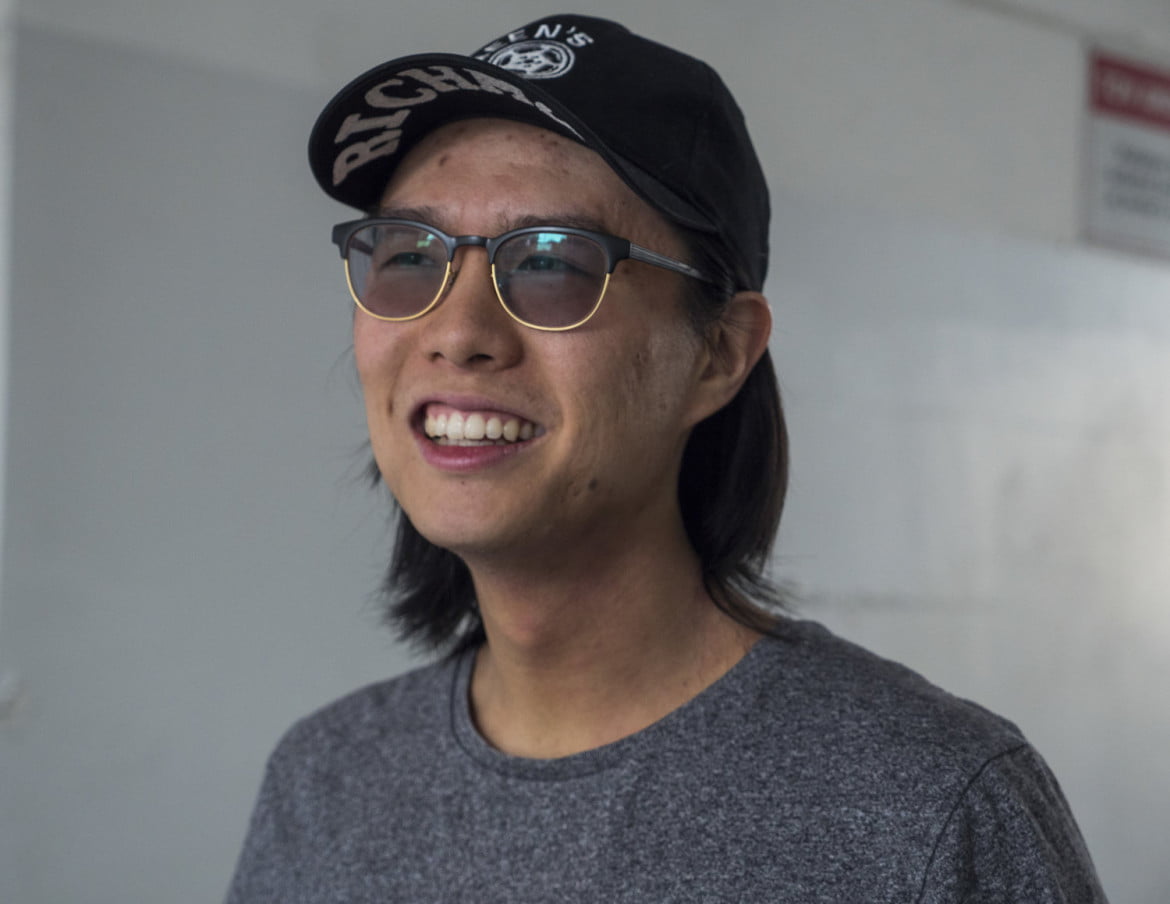 Vancouver filmmaker, director, and editor Lawrence Le Lam has had the idea for his upcoming movie, The Chinatown Diner, stewing in his head since childhood. The film is based on memories throughout his life, placed in the underground Chinatown hip hop scene and following a young beatmaker who, like him, has a parent who works in real estate.

Unlike Le Lam, though, his protagonist is trying to protect an underground establishment from being razed by his father’s development company, coming face to face ghosts and gangsters along the way.

“Around 2015 or 16, my mom started to work with this kid from China from a wealthy family and I didn’t like him at first because he drove a really fancy car and I though he was stuck up, but in getting to know him a little bit more I realized he was just kind of depressed,” says Le Lam, in a phone interview in June.

“He didn’t have much choice in his life. He was sort of at the whims of his family, and I could imagine this idea that wealth could be a burden. He is someone who has vast influence on this community but themselves feel powerless. That’s how I imagine a lot of these folks feeling, that they’re rich but they’re at the whims of capitalist society, having to behave and act a certain way with their money and not be as caring of philanthropic or what have you.”

Memories aside, he was inspired by the crime dramas of Hong Kong cinema and the sensibilities of Canadian culture to create something new. Early in the writing process, his imagination was ignited by news about rampant money laundering in B.C., particularly through real estate.

This world, combined with his interest in Chinatown, fused together in the script. The film is his critique on the “cutthroat, ultra-rich” culture Le Lam has witnessed firsthand, including the impact of their investments–namely gentrification of art and music spaces. His protagonist sees his father scamming his employees and disagrees with his action, going off alone to eventually discover, fall in love with, and vow to rescue the Chinatown Diner, an established venue his father is trying to redevelop.

He says the story is really about his protagonist “caring about the community, meeting these people and not just being attracted to the cool of the music scene but being engaged in the community that looks after its neighbours and realizing how much power he has in that situation.”

It’s a love letter to Chinatown and a plea to save its cultural hubs and heritage buildings, but it’s also a reminder to the elite to step in and do what they can.

Last year, he worked on a virtual reality project about the history of labour, internment, racism, resistance, success, celebration, and culture there, which also became a part of the fabric of the story. The community was not only a legendary nightlife hotspot in the sixties but remains a hub for bustling venues like Fortune Sound Club, China Cloud Studios, and The Imperial. It is also a neighbourhood that has been impacted heavily by gentrification from encroaching new, mostly white-owned businesses.

There’s much more to Chinatown than its housing market and crime rates, but headlines about gang shootings and the housing market are extremely common in Vancouver and its surrounding cities. Le Lam remembers news of a billionaire tycoon being murdered in a British Property house in North Vancouver as one incident that stuck in his mind during the creation of the story.

“There’s a ghost of a murdered billionaire in the house my character stays in and I wouldn’t go as far as to say it’s a scary haunting, but you realize it’s a sad ghost who lived this life chasing greed and money and all he wanted to do was be a good father to his daughter,” he says.

“My character kind of gets to know his father through it, as a proxy.”

He grew up in Richmond, only moving to Chinatown at the beginning of the year, but feels strongly about its symbolic and historic importance and wants to see more films set there.

“I think it’s kind of funny that the only other movie called Chinatown is Roman Polanski’s Big Trouble in Little China with mostly white actors,” he says. “Chinatown really gets romanticized or fantasized about as a mysterious place. It’s a fertile setting for sure, especially for the subjective story I’m trying to tell and other people are trying to tell around the world.”

Despite its real-life setting, there’s a whimsy to The Chinatown Diner made even more immersive by the importance of its hip-hop score. This comes from Le Lam’s personal experience as a music fan and member of the local scene in Vancouver and Richmond, where he discovered Yellow Fire. With his upcoming film, he tells the story with help from a live, four-piece band –visually inspired by the Gorillaz–who help narrate, interview, and mix the footage.

Filming starts in the fall, but Le Lam will be refining the script until then. He expects it to hit the festival circuit next year and is hoping for a public release sometime in 2022.

Aly Laube is an event producer, journalist, and musician living on the unceded Coast Salish territories of the Musqueam, Squamish, and Tsleil-Waututh peoples. She is a radio host on CitR and CIVL, the associate director of Cushy Entertainment, and the front woman of the local band Primp. In her spare time, she watches horror movies and panics about the ever-looming threat of climate change. As a queer mixed-race woman with a glaring inability to keep her mouth shut, Aly is very often in the throes of either rage or passion. In general, you can catch Aly doing too much all the time.