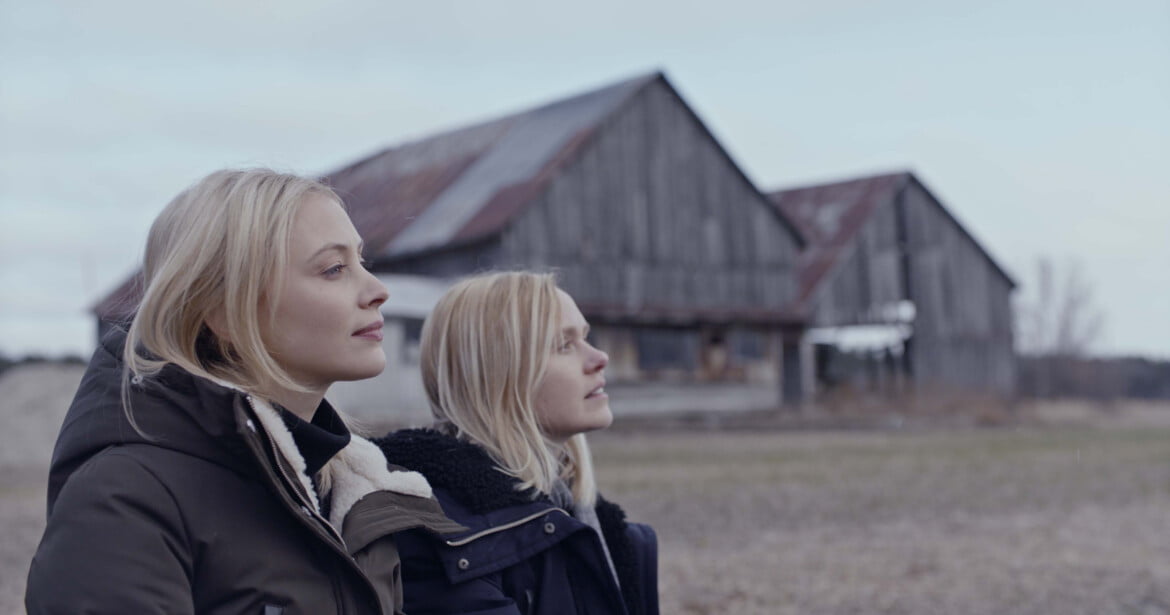 All My Puny Sorrows opens in theatres this week, and it cuts to the heart of a mother and her daughters dealing with painful family trauma that has haunted them for years.

Based on the award-winning novel by Miriam Toews, All My Puny Sorrows is director Michael McGowan’s touching, sorrowful, and uniquely humourous drama starring Sarah Gadon and Alison Pill as sisters Elf and Yoli.

Sitting down to speak with McGowan, Gadon, and Pill, the director had a lot of praise for the two stars and what they brought to the roles.

“They’re both just incredible actors, and they were just fantastic collaborators,” McGowan said. “And Allison’s ability to switch between anger and humour, Sarah’s ability to sort of encapsulate this existential sadness.”

At the same time Pill credited Toews, and being able to turn to her, as one of the main things that helped inform her performance.

“I think turning to the book, and being able to speak with Miriam about her relationship with her sister and her mom, being able to text her to ask her mom about certain pronunciations, and having her and her mom, knowing that they were behind the project [helped],” Pill said.

“It also felt so very real because there is nobody on this planet who can get to the heart of me as quickly as my sister can or whose approval I seek more often or more deeply. And I think Miriam’s study of these relationships between mother and daughter and being a mother and being a daughter and being a sister in all of the ways that those influence your personality, in the way your decisions influence lives beyond your own, [and that] really drew me to the story.”

“And I think Sarah’s performance and the trust we were able to build with each other, to go to these places together, kept it all grounded and feeling inspired and safe enough to sort of go off on flights of fancy.”

At the same time for Gadon, the complexity and reality of the story made some aspects of the work a little scary.

“Well, the character was so fully formed in the novel and in the film, and I think that that was one of the things that was so great,” Gadon said, “but then also so terrifying, knowing that so much of the novel is inspired by Miriam’s own life. And so being able to spend time with Miriam before we started shooting and talking to her about her sister and her relationship with her sister and, you know, their family’s experience with depression and suicide and all of that, it made me feel so safe because I think in the beginning I was really afraid of taking that on, playing a character that’s based on her late sister.”

Both actors also had a lot of praise for McGowan and his script, direction, and the way he handled the creative process.

“Michael is so generous,” Gadon said. “I think with every part of the filmmaking process, from the rehearsal to while we were shooting to afterwards in post, he was very generous and inclusive.”

“I like Michael’s ability to laugh and stay calm in the face of all of these craziness outside of our bubble in North Bay,” Pill added, “and to kind of keep a clear head and a clear view of the movie he wanted to make, while at the same time, keeping the set from becoming overly stressed.”

Watch the full interview below. All My Puny Sorrows is out in Canadian theatres on Friday, April 15.