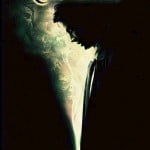 I have already read and listened to an number of reviews of this movie and invariably there is always the cheap shot taken at Keanu Reeves. I’ll have none of that – most of these “critics” have never done anything but sit on their asses and criticize the work of others, work they have never done themselves so cannot understand in the slightest.

If our own Mr. Reeves is so bad, so dumb, and so lacking in talent then how can it be explained that directors the likes of Bernardo Bertolucci, Gus Van Sant, Francis Coppola and others all line up to work with the guy? How is it that such a bum has been on the top of the A-list for over fifteen years and commands the richest front and back end deals in Hollywood.

Now that that rant is over with – onto the movie. Constantine is a visual treat, each scene more visually dazzling than the one before it, which is somewhat surprising given the fact that director Francis Lawrence has never directed a feature film before (he has done a bunch of videos). The movie is based on the comic book series Hellblazer and it follows the exploits of one John Constantine – a kind of mortal human exorcist who seems to have the talent to spot demonic presences, and heavenly ones for that matter, that try to inhabit the earth. So the storyline, such as it is, kind of combines the elements of The Matrix films with The Exorcist. There is a plotline that follows the efforts of Constantine and a skeptical LA policewoman (Rachel Weisz) to solve the mystery surrounding the suicide of her twin sister.

I thought the overall story in this film got way too convoluted for its own good – like The Matrix films, these guys are giving themselves way too much credit for being a lot smarter than they actually are. And one of the things that I never got behind in this film is that God is portrayed as an uncaring entity that has no real influence over the events and trials and tribulations of the people on earth. While the Devil (personified in a scene chewing little number by Swedish actor Peter Stormare) is seen as a force that is very active indeed in the why’s and how’s of human existence.

Apart from the visuals there is a neat little array of supporting chracters that range from the very talented British actor Tilda Swinton playing a weirdly androgynous angel Gabriel complete with twelve foot wingspan. A disciple of the Devil named Balthazar played by the untested but very charismatic Gavin Rossdale (lead singer of the band Bush and husband of Gwen Stefani). But the movie is planted firmly on the shoulders of Keanu Reeves who has played this kind of character before to varying degrees of success but I still maintain and argue that Reeves is perfectly acceptable in these roles because he knows his limitations as an actor and plays to them without attempting to exceed them. His John Constantine is a world weary character who has been smoking heavily his whole life and who now has lung cancer that he is battling hoping that he can bargain his way into heaven before he expires. He’s not the greatest actor in the world, but he is reliable, much in the way that Gary Cooper was not the greatest actor in the world but he could also be counted on to deliver within his own identified limitations.

All in all Constantine is a fun, dark movie to sit through if you just keep in mind that it is based on a comic book – it creates the world of the comic book on screen and then lives within the rules of that world.

For more on Keanu Reeves, should you happen to be a fan of his (and there are obviously millions of those out there irregardless of what the geekoid critics claim) you might want to check out a terrific new book on Reeves and his work called Keanu Reeves: The Excellent Adventure by Brian Robb (Plexus Books). This book points out for fans that this guy whom most critics call a dummy and a lousy actor actually turned down the Val Kilmer role in Heat so that he might play Hamlet on stage in Winnipeg – that was a full text Hamlet lasting over three and half hours that contained 19 major speeches that Reeves had to perform in the role – let’s see any one of Reeves’ bitchy queen critics try that one.