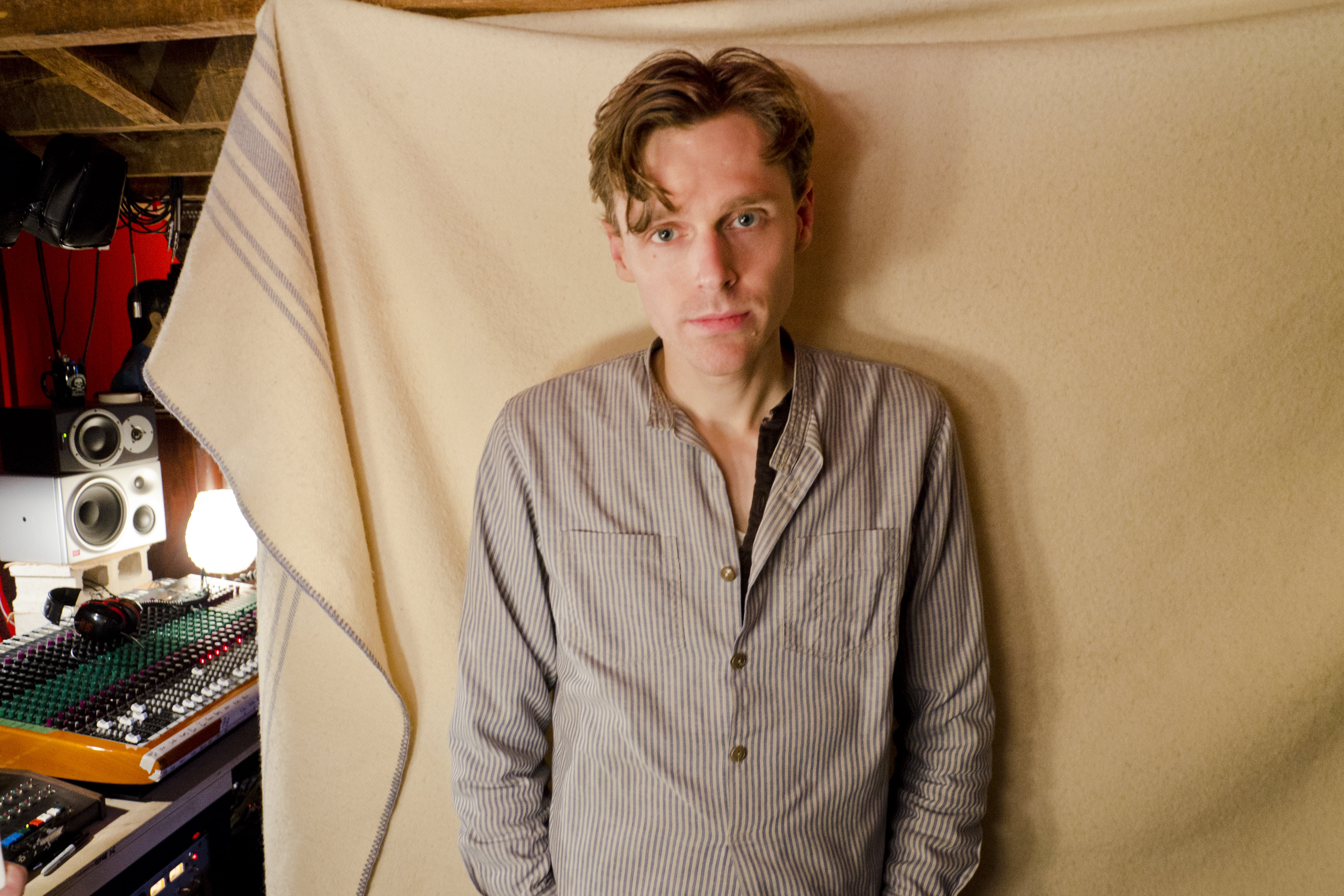 Joel Plaskett has been a fixture in the Canadian music industry since he was a teenager. In that time he built a successful solo career and a distinctive sound. When he’s not touring or recording, he is helping to produce the music of other artists.

When I reach him by phone he is at his new recording studio. It is called the New Scotland Yard, a reference to his old smaller studio space that was called the Scotland Yard. The wireless Internet line has just been installed and he is putting up shelves. Construction has been wrapping up and since January he’s been working on a couple of projects including a solo record by Sean McCann of Great Big Sea and a trio of songs by Meredith Shaw. He has a pool table in the lobby.

The space is mainly meant to be a studio for Joel to use with the side benefit of being able to rent it out to help cover the cost. He also likes the idea of studios as a creative space. “A lot of studios are dying because there’s less money to be spent by musicians because records don’t sell like they used to,” says Joel. “You’re seeing a lot of studios kind of close shop, fall by the wayside. I’m trying to work in opposition of that trend.”

Joel started Thrush Hermit in 1992 when he was 17. After they broke up in 1999 Joel decided to take a stab at a solo career. Since then he has made a name for himself in the tradition of great Canadian singer-songwriters. His lyrics can be wistful, and playful with instrumentation bordering between indie, folk and rock. Since he first released In Need of Medical Attention in 1999 he has released seven more records at a pace of one every two or three years.

2009’s Three was an ambitious project. A triple album that was originally going to have 11 songs per disc, which was reduced to a more manageable nine. It paid off earning him a Juno.

2012’s Scrappy Happiness took a very different direction than Three. Joel recorded ten songs in ten weeks. He wrote all the songs in advance but wanted to record them quickly, leaving no time for second-guessing. This method was designed to capture the roughness and energy of the songs. “It was super exhausting. Like ten weeks of being on with a deadline of delivery point,” says Joel. “I’m really proud of the record. I think it has an energy about it because of that approach.”

Joel also loves the flaws and quirks of older music. On Scrappy Happiness he allowed room for mistakes because of the richness they can bring. “I feel like the intention of a song is something that I can hear and I can see through. There’s a lot of old recordings that technically have like performance or sonic quote unquote flaws but a lot of the time it’s what I listen to and I’m like how did they do that, that’s so wicked. That overdriven base is like somebody wasn’t paying attention to the needle and then everything got distorted and then like thirty years later you’re like how do I get that sound,” says Joel. “What one person views as a short coming somebody else sees as totally fricking cool.”

Joel is planning to record his next album by early next year. However, he wants to finish up the studio first. “Once all of that’s done it will be like alright let’s get to work and make some music. So we’re close, we’re really close to that moment it’s just kind of finishing all this nit picky stuff,” says Joel. “I’ve always been particular but it seems that over the past year I’ve just crawled down a wormhole. ‘Til I get it just so I can’t, I’m like paralysed.”

Joel tours both with the band and solo. “With the band you know there’s that energy, there’s a volume, there’s that collective thing that happens and you can kind of reach a crescendo that’s very hard to achieve solo,” says Joel. “[Solo] there’s a little bit more storytelling.”

The Emergency formed in 1998. At the time they were a five-piece. Dave Marsh served as the drummer alongside a few local musicians. After Thrush Hermit broke up, Joel decided to scale the band back a bit. Dave stayed on as drummer. After a couple of bassists Chris Pannell became the trio’s regular fixture around 2006. From time to time they are also joined by Pete Oak.

His voice is calm. He is talkative and an excellent storyteller. Listening to him, it is little wonder that he been making the sort of music he does for as long as he has. Hailing from Halifax, Nova Scotia his songs take on a conversational tone. “[A] little bit of humour, little bit of sadness, somewhat self-deprecating you know kind of all, it’s a scene that kind of prides itself on you know making good music but doesn’t take itself so seriously,” says Joel.

Joel now resides in Dartmouth, across the bay from Halifax. Kind of like what Staten Island is to New York City. “Really it was a matter of Halifax becoming expensive,” says Joel. “And you know it’s a cool community and it’s growing.”