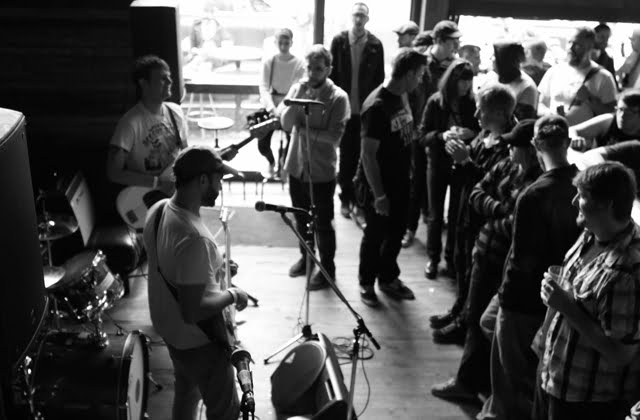 The second day of Sled Island, one of Calgary’s biggest and best music festivals, was quite rainy. The festival features over 250 bands in over 30 venues over five days. Due to flooding in the Calgary area, several shows were moved or cancelled. 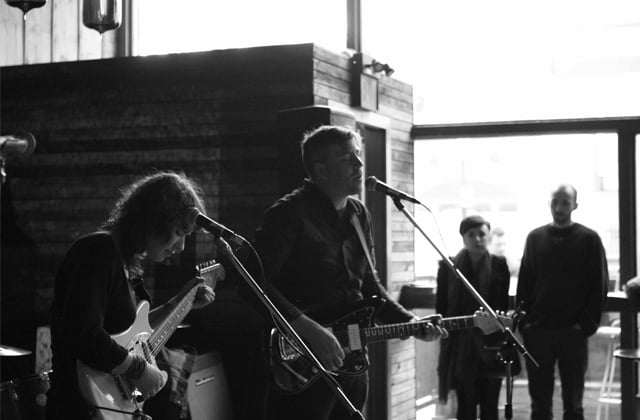 I began the day off at Local 510, a gorgeous bar on 17th Ave that is a bit on the small side. The Backhomes are a two-piece featuring two guitarists, including former Besnard Lakes member Kees Decker. Their indie folk is beautiful and dreamy–the perfect start to a day. 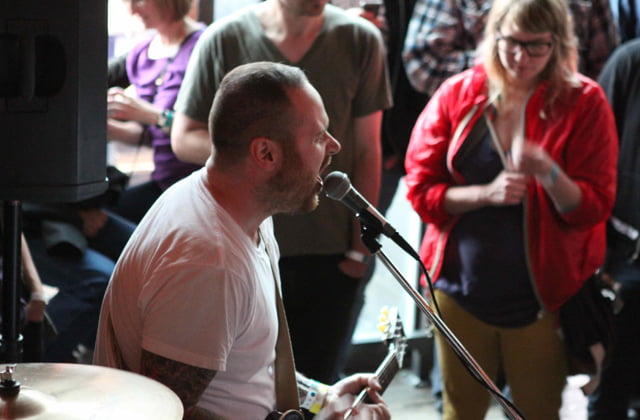 Due to the rain, the inside of Local 510 was becoming extremely crowded as people fled the outside stage, making me realize this place is really small. The Slow Learners have a captive audience. As they begin to play I can’t help but think that this is just a bunch of loud punk rock.

A few songs later their strong rhythmic drumming gets the best of me. I find my foot tapping along to the music as people who clearly know their music well, clap at key points. We all dry off and settle in for the show. 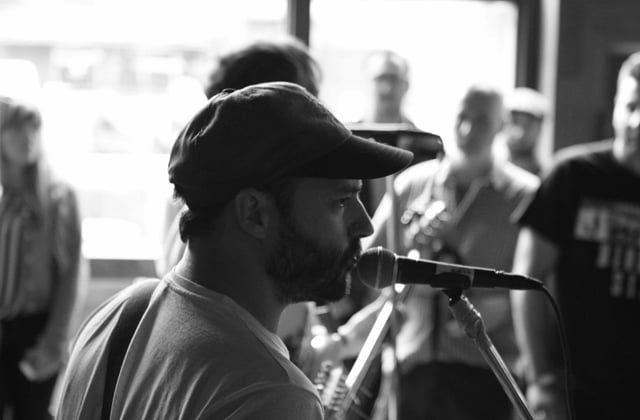 The guitarist has a maroon baseball cap. The bassist is wearing an Operation Desert Storm t-shirt. They play minimalistic punk rock that matches.

Their sound is bare bones and simple. Their chord progressions are machine gun-like and rhythmic. With punk rock this good my junior high self would be swooning. I am glad they came all the way from Florida to thud away on their guitars for us. 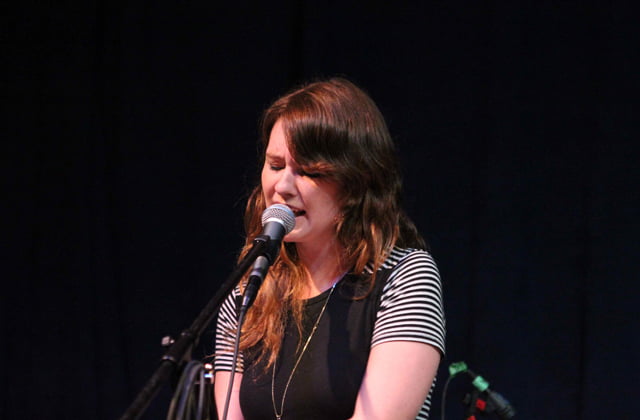 After this I make my way to Inglewood to try and catch the John K. Sampson show but encounter a police officer who tells me that they are evacuating the area. I go to the Ironwood where they tell me that they’ll probably get evacuated but aren’t sure. I decide to walk back downtown to Wine-Ohs. I am rewarded with a set by Caroline Keatings, who I instantly make a mental note to get the music of.

She is adorable and knows her way around a keyboard. She is joined by her partner in crime Sebastian Chow on violin and occasionally percussion. Keatings uses the combined sound of the piano and violin to build drama and narrative. Her songs have a conversational tone. “I love the city, but it was bitterly cold and I wanted out,” she says while introducing a song about Montreal, the city she is from. 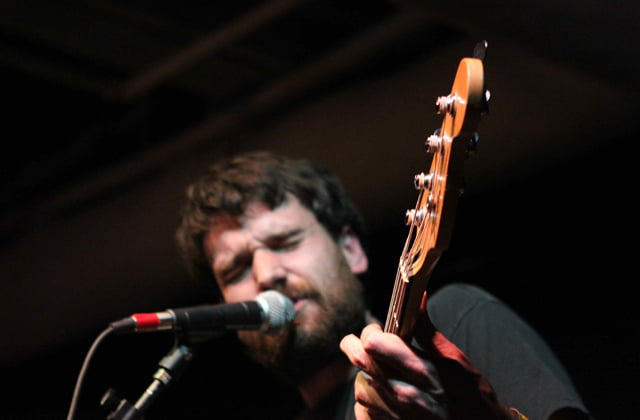 It’s not everyday that you get to see a band play with an organ, but luckily yesterday was one of those days. No River have a blue grass country sound that is lots of fun to watch. Their “Oh shalalas” had heads bopping and feet tapping for sure.

Unfortunately, the rest of Sled Island has been cancelled due to the flooding. “In light of the current emergency situation, and in line with our commitment to the safety of festival-goers and the citizens of Calgary, all remaining Sled Island festival events are cancelled,” Sled Island posted on their website. “In terms of our policy on passes and tickets, we ask for patience and understanding until we are able to address this in the days to come. We realize that there will be many questions to be answered from festival-goers, artists and partners. The Sled Island office in Mission has been evacuated and we are operating with limited resources.”