David Myles talks collaborating with Classified and the importance of experimentation 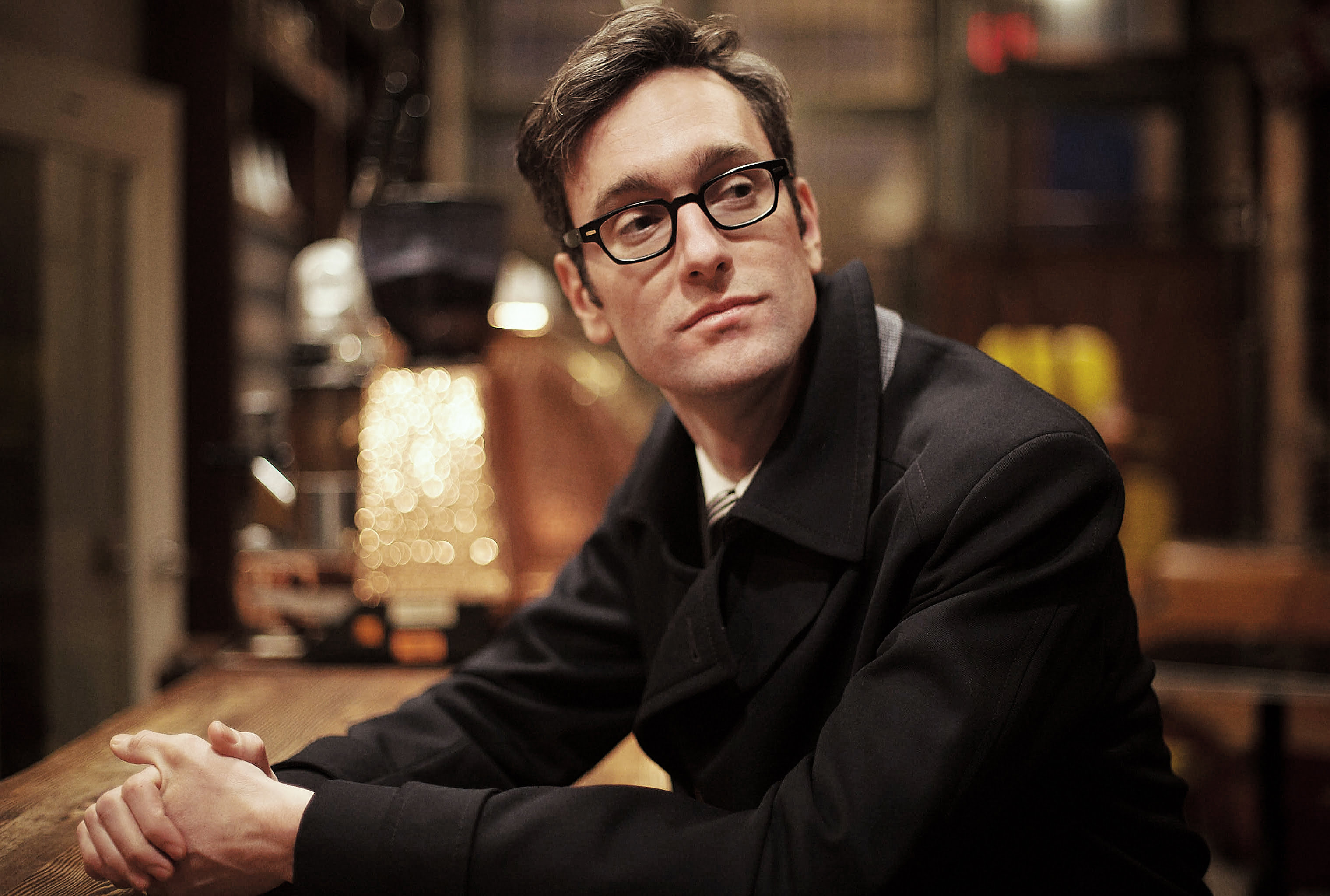 He has Jack Johnson’s easy optimism, a maritime feel that is reminiscent of Joel Plaskett, and the croning voice of a classic folk musician. He also doesn’t take himself too seriously, he is fond of wearing suits, he has won five East Coast Music Awards, and he recently won the Juno for rap recording of the year for Inner Ninja.

Since releasing his first record in 2005 Myles has proved his musical chops time and time again. In the Nightime, released in May 2013, has proved that he also has dynamism. Every song sounds different.

“Inner Ninja” is the product of a partnership between Myles and Hip-Hop artist Classified. The two met at a ping-pong table at a Music Nova Scotia conference and hit it off. Myles, who lives in Halifax, went down to Classified’s studio in Enfield and the two jammed together. The song “The Day Doesn’t Die” came out of that session out of a chorus idea that Myles had on the backburner. “We loved how the track turned out we loved the energy of working together it was just a really really happening collaboration and for both of us, that’s how we felt so we just thought let’s do it again,” said Myles. From there they got together again and Classified produced the song “Simple Pleasures” for Myles’ 2011 release Into the Sun.

This was followed by the smash hit “Inner Ninja”. It takes the strength of Myles’ songwriting and funky guitar with Classifed’s hip-hop prowess.

“It was so fun to make that song; it was such a great time. We love working together,” reflects Myles. “We felt like we were just throwing everything out there and taking all these risks and we didn’t know if we were being totally insane.”

They remind me of the partnership between James Mercer and Danger Mouse, otherwise known as Broken Bells. Both come from different backgrounds, but approach music in similar ways. Myles is a songwriter and Classified is more of a producer. When they combine their different strengths and love for experimentation they make really creative music. “Inner Ninja” came out of the playfulness and energy that makes the collaboration between Classified and Myles work.

“Everybody kind of focuses on the differences between our music because obviously we come from really different places,” says Myles. “We already agree on what ends up sounding good. Lyrically there’s an understanding or at least a similarity in mind, which I think is nice.”

Before they even realized how big “Inner Ninja” was going to be, Classified was already working on new songs with Myles. These would become the second half of Myles’ 2013 release Into the Night.

“How it generally works is that I go in and I sing a bunch of ideas and certain things resonate with him. Those are the ones that I want to work on,” says Myles. “He just comes up with the most wild ideas and then once I lay down–once there’s kind of a very basic beat tempo–we lay down kind of a stripped down vocal guitar thing then we work from there so it’s still based around my guitar and my vocal.”

For the first half of Into the Night Myles assembled a dream band to play songs he’d been playing on the road for about a year. It was all recorded in two and a half days.

After working with Classified, Myles decided to release the new material alongside the album he’d already planned. Despite the differences in approach, he felt the material fit well together.

“They’re both something I’m happy with how they turned out,” says Myles. “I’m just really glad I put them out together.”

Myles sings in French on one of the tracks off In the Nighttime called “En Decembre” by Pascal LeJeune. (He did French immersion and speaks French fluently.) He first sang the song at a workshop at an Acadian music festival in which he was paired with LeJeune.

“It just felt like a great way of you know showing my respect for Pascal, for what he does, maybe also exposing part of the Anglophone audience to some heavy stuff that’s on in their backyard that they might not even know about,” said Myles. “It really doesn’t matter if people don’t understand the lyrics it’s a good song.”

Two of David’s biggest musical epiphanies happened while he was living abroad. When he was 16-years-old he spent a year living in Belgium in a town called Mors, near the French border. “It was a great experience–I played music like crazy. I got basically obsessed with my trumpet,” says Myles.

Myles took up the trumpet when he was 10-years-old and played in band class throughout his school years. He loved music but just didn’t think the trumpet was something he could do full-time.

“I just didn’t have the discipline really. I just didn’t think I could go through jazz school and do all that,” Myles tells me, “after having spent my whole life being obsessed with the idea of making music my career I basically went to university and decided not to study music and felt like I had just gotten over it. It was kind of like, ‘Okay, I’ll play trumpet on the side. I’ll always be interested but I’ll have another job, go to law school or whatever.'”

While studying political science at Mount Allison University, he did another exchange–this time to China. In Hong Zhou he bought his first guitar and taught himself to play it. He quickly fell in love.

“That’s where I started writing songs,” says Myles. “From that point on I had a pretty good sense that it was what I was gonna do with my life, or at least try and it was the writing, it was just the writing and that feeling of creating something and singing. I loved singing and all these things I hadn’t done as a trumpet player. It just really came together for me.”

Myles was no longer strictly a trumpet player, but became a folksy singer-songwriter. The trumpet was just one of the many tricks he had up his sleeve.

He moved to Halifax from Calgary after his wife got into the journalism program at King’s College. He’d grown up in Fredericton and attended university in Sackville before heading west. “I’m connected to the Maritimes. I mean it’s where I’m from. It’s where my parents are from,” remarks Myles.

They found a tiny cottage-style house that is over 130 years old with exposed beams and a little wood stove.

One of the other perks of living in Halifax is the tight knit music community that has allowed him to work with Joel Plaskett and Classified. It’s the type of environment where you can meet someone around a ping-pong table and find a new wonderful sound that was just waiting to be unleashed.

David Myles will be touring Canada in the fall. Dates include: