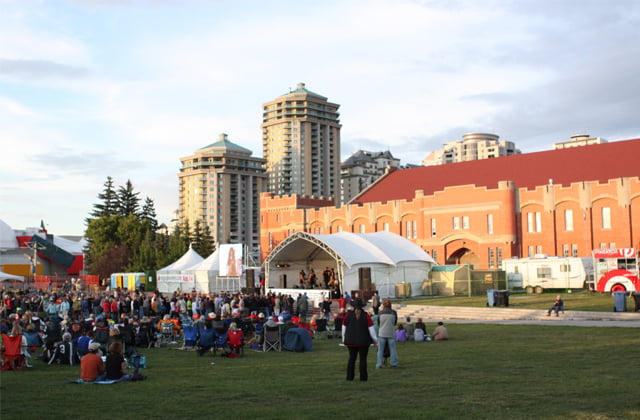 The third day of the Calgary International Blues Festival, on July 31, brought electric guitars and lots of slow dancing. The acts were more varied than the previous two days, straying from traditional blues including a cajun band. Each one brought something new and wonderful to the table that was completely different from whatever came before it. 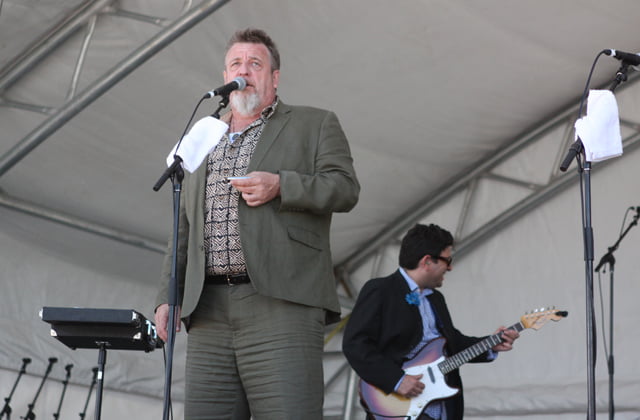 This is classic blues. The kind that is barebones and simplistic, where you can hear every skillfully played note. It’s the kind of blues that serves as the soundtrack in sepia movies while the characters are hanging around broken hearted in a seedy gin joint. And the guitarist is fantastic. Harpdog stops and asks, “Who is this guy?” By this he means where did I find him and how did he learn to play so well. On top of all that skill he looks so darned happy while he plays. 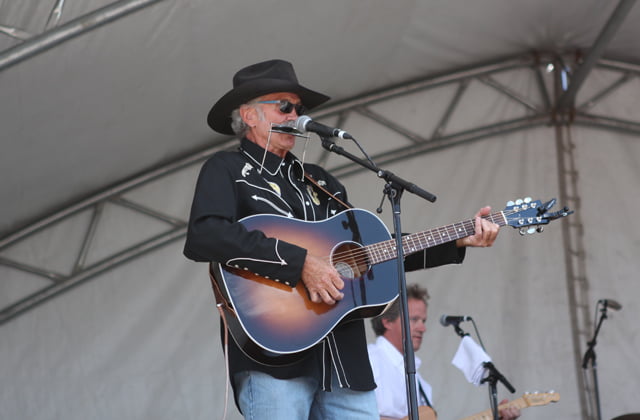 Crystal Plamondon is a loud and proud catholic French-Canadian from a small town in Alberta that shares her last name (she describes it as being “on the way to Fort MacMurray”). She has been described as Canada’s Cajun Queen and is richly deserving of the title. The music is twangy and energetic. It is all rounded off with her washboard chestplate. 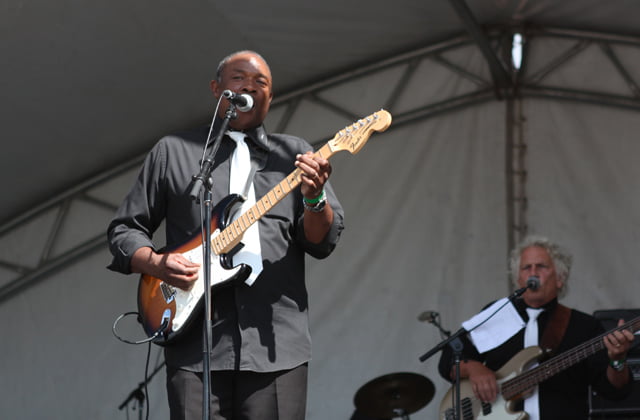 About a year ago a man from Calgary saw the Stoney B Blues Band play in California. He was so impressed he convinced the festival organisers to bring them in for this year’s festival. We’re all grateful he did. These guys tear up the stage with their gospel style blues. They are praiseful and optimistic with strong vocal harmonies. They also play a mean cover. First off they play Muddy Waters. Then they throw down one of the best versions of “Proud Mary” that I’ve ever heard. Then they play “Sea of Love”. These guys know how to play a cover. They take the familiarity of the original song and then put their own original spin on it. 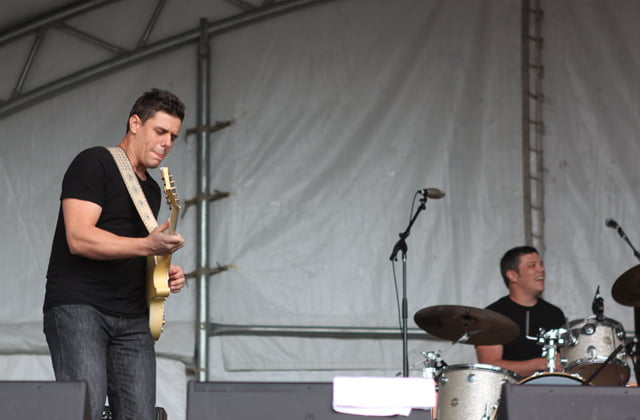 Trampled Under Foot is a family affair and what a musically gifted family they are. Made up of siblings Danielle, Kris and Nick Schnebelen from Memphis Trampled Under Foot have more talent than they know what to do with or that really fits onto one stage. Danielle has a wonderful singing voice that has enough drama in it to bring a crowd to their knees. On top of this she can play the bass and six-string like nobody’s business. Her brothers are both just as talented. The guitarist jumped in with vocals of his own that rivalled what Danielle had on offer and is no slouch on the guitar either. With all these voices together in one place it’s no wonder they have such a powerful sound.