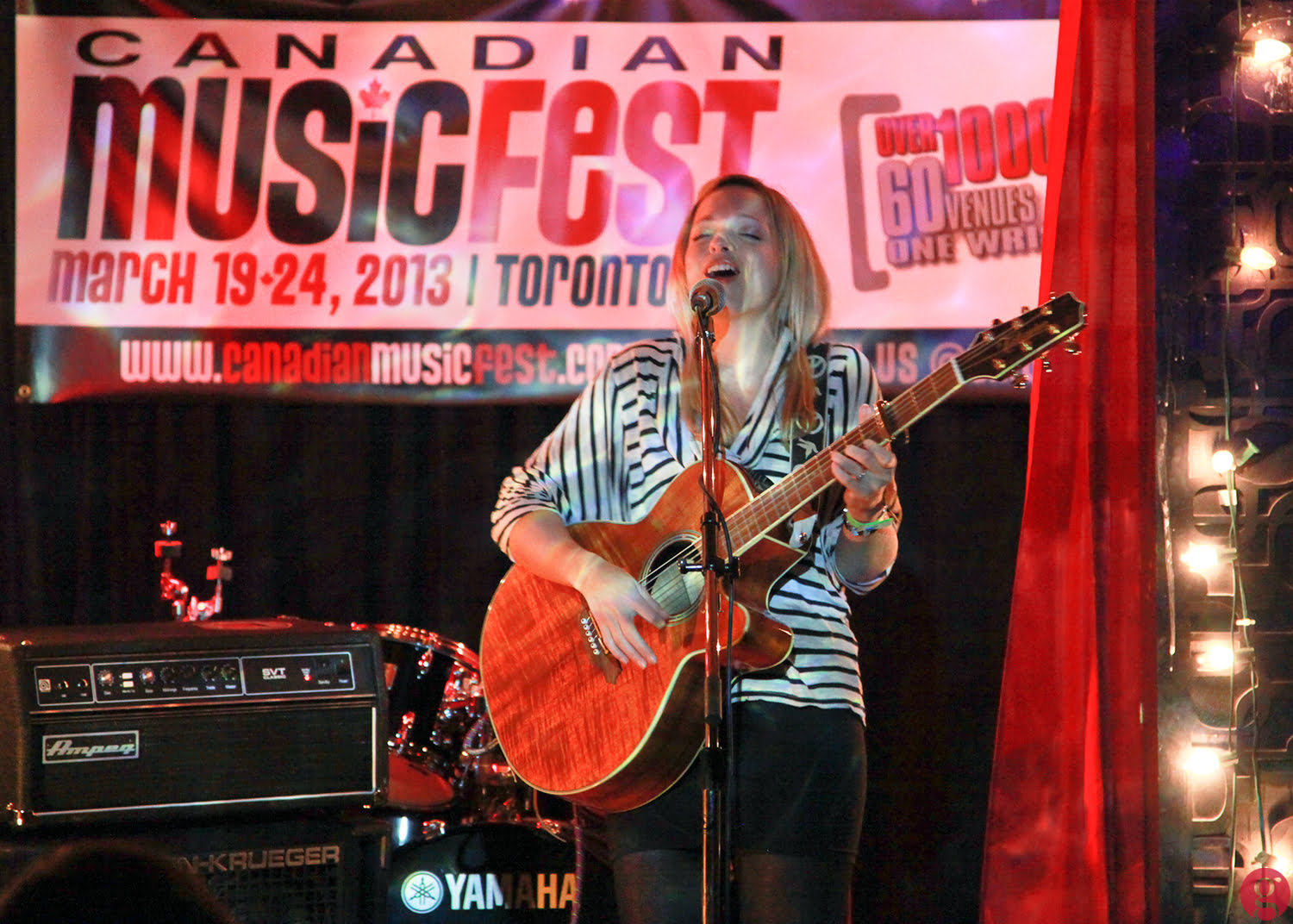 Katie Rox might be best known as Katie B., the former lead singer of the rock band Jakalope, but she’s made a name for herself in the years since as a singer and songwriter, most recently releasing her country-influenced CD Pony Up in 2011.

Performing at Central on March 22 during Canadian Music Week, I got the chance to catch up with Katie once again after a number of years since I last saw her in concert.

As always, Katie is a sweet, soulful and charming performer, with a modestly big personality on stage. Katie belted out a great set at Central, and made the most of her time with the crowd–even calling up someone to help her sing a song. She also dove into some old material on stage, singing an acoustic rendition of Jakalope’s “Feel It”, which was a big highlight for me.

During the set, Katie played through a range of her personal, heartfelt songs, including the energetic “I Won’t”.

Unfortunately, I can’t help but wish that Katie had a better venue for the night, as Central had a loud, noisy audience. Katie had no problem connecting with the crowd, and she played over them easily, but they still talked over parts of her set–something that drives me crazy, especially for an intimate artist.

Check out Katie at katieroxmusic.com.

Update: Watch the video of Katie performing “Feel It”.