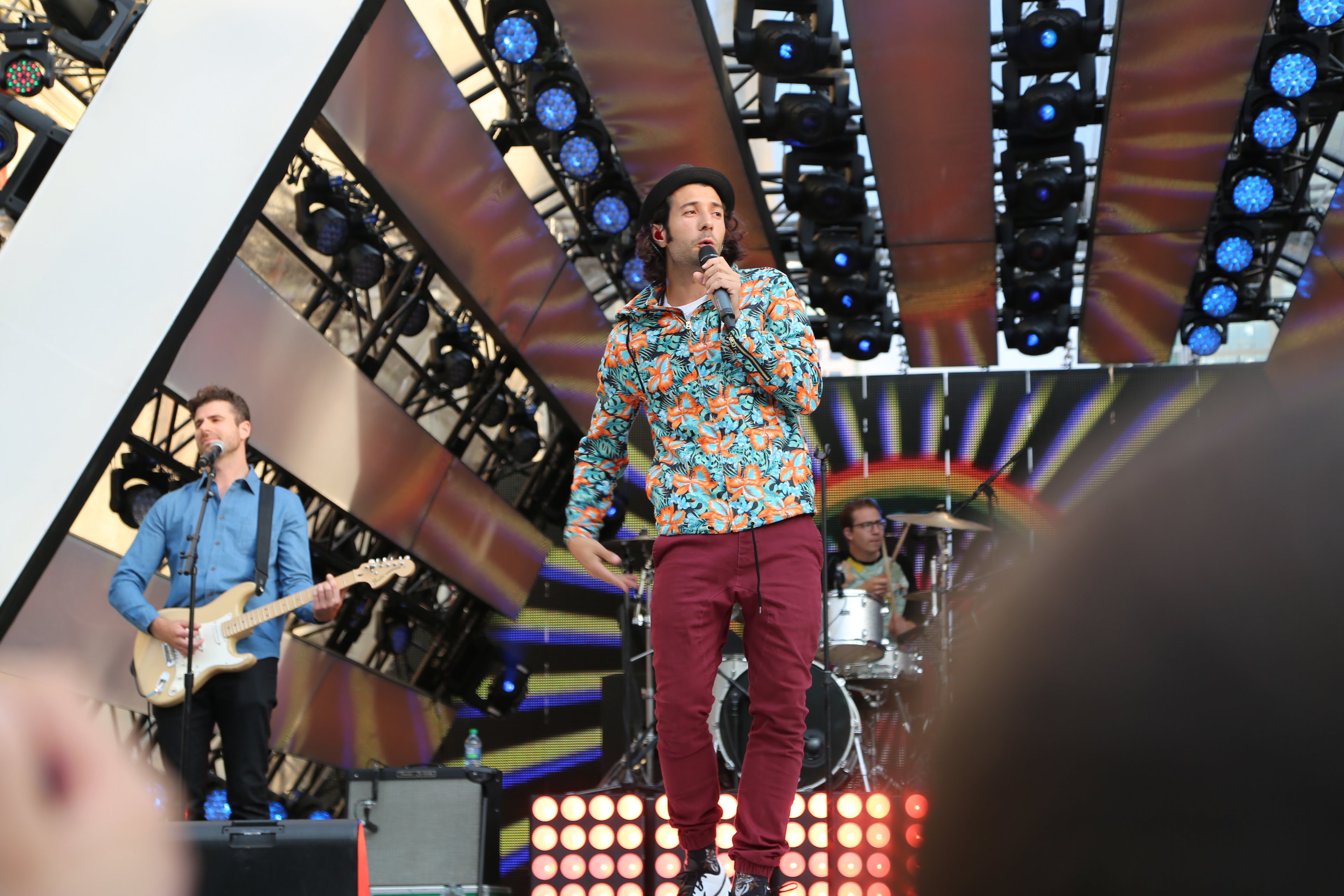 Ahead of the MuchMusic Video Awards on Sunday, Canadian band Magic! took to the MMVA stage for rehearsals on Friday night, and photographers were on-hand to grab a few shots from the preview. The 2014 MuchMusic Video Awards air live on Sunday, June 15 at 9:00 PM (ET) on Much, CTV and CTV GO, plus you can stream the show at much.ca. Stay tuned to The GATE for coverage, including interviews from the red carpet, and updates from backstage during the show.