Rival Boys on ‘Animal Instincts’ after the ‘Ice Storm’ 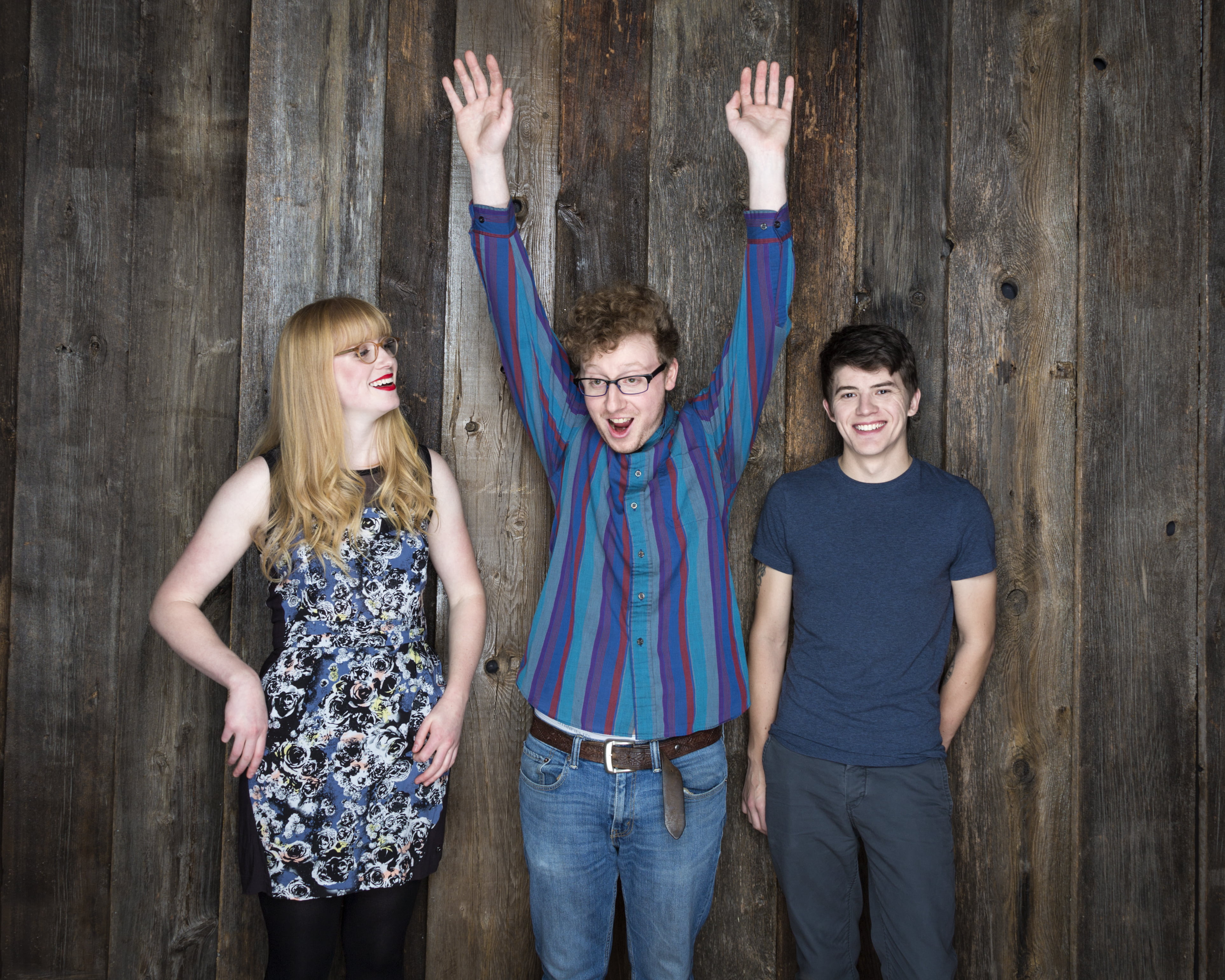 Rival Boys are a dynamic trio with a sound that is rich, layered, and full of dark, dreamy undertones.

The band is the result of pairing brother and sister Lee Rose, on vocals, violin and bass synth, with Graeme Rose on vocals and guitar, and they are backed by drummer Sam Sholdice.

With their unique sound, in addition to the video for “Sober & Single”, they caught my attention, which was why I was thrilled to have them open for The GATE’s 14th Anniversary Concert at The Great Hall tonight in Toronto with headliner Young Rival.

Read my interview with singer Lee Rose, and scroll down for their new video for the single “Fortune”.

Question: Tell me about how the band started. How did you come together?

Lee Rose: “Graeme and I started playing music together when I was still in high school in 2006. Graeme had taught himself how to play guitar and he started writing songs. After a little while, he asked me to sing them. Eventually I bought myself a bass–because I wanted to do something other than just sing–taught myself how to play and we started looking for a drummer.”

“I ended going to York University to study music, and I met Sam in the orchestra–I played violin and he played percussion. I asked him to join our band!”

Q: Your new album, Animal Instincts, is about to be released. What was the experience like making this album and how would you say your style has evolved since the Ice Storm EP?

LR: “Making Animal Instincts was a really amazing experience. We recorded it at Revolution Recording with Joe Dunphy, and it was easily the most luxurious place we have ever played music in. Joe was a great person to work with as well. He has an amazing ear, and was able to provide some great insight into the recording process. He also offered us great ideas for overdubs, instrumentation and arrangements. ”

“Making our EP, Ice Storm, was totally different: all live off the floor, with no overdubs or overthinking anything. It was totally freeing. But it was cool to find out we could do both styles of recording.”

Q: Who inspires you as a band, or individually?

LR: “We all have different tastes in music, but there are a few bands whose music inspires us. We all love and have loved the Constantines, Nirvana, Wolf Parade. I am really inspired by some lady singers like PJ Harvey and Fiona Apple.”

Q: What do you think is the hardest part of being related and working in a band together?

LR: “Graeme and I pretty much get along 100% of the time. We never really fight, and because we live in the same house, we see an awful lot of each other…”

Q: Where would you like to be a decade from now?

LR: “I know none of us want to think that far down the road. For the time being we would love to see some positive reception of our new record, do a tour and maybe make another album down the road… but past that, who knows?”