Fred Penner is a music legend, and today I finally got to see him perform as the Junior Junos brought the 2015 Children’s Album of the Year nominees at the Juno Awards to the Hamilton Public Library for a 2-hour concert.

On stage for the performance, in front of a room full of toddlers and babes-in-arms, Penner was joined by fellow nominees Bobs & LoLo, LuLu et le Matou, and Splash’ N Boots, and even as an adult it was a pretty fun show.

The performers were a lot of fun on stage, and got my little one up and dancing, with some of their hit songs that my daughter practically knows off by heart.

Penner in particular is one of those rare, gifted artists who can make a parent want to sing along with just about any of his songs. His banter is great, and his songs are even better.

While the personal highlight of the day was Mr. Penner, who was fun, exciting, and intelligent on stage, I think my daughter’s favorites were either Bobs & LoLo or Splash’ N Boots–two artists she adores from their shows on Treehouse TV, not to mention their videos on YouTube.

Bobs & LoLo were nominated this year for their Christmas album, but they mixed in a range of the most popular songs, like “The Log Song”. I could see the look on my daughter’s eyes as she realized she recognized songs from their Treehouse show Sing, Dance and Play with Bobs & LoLo (which she regularly would dance and clap along to the opening music).

Since my daughter is just 19-months-old, the concert was a bit overwhelming, but she was the one to point out to me that after their performance, Bobs & LoLo were meeting with fans, so we went to meet them.

When we came back, we got to watch more of Fred Penner, who finished with his ever-classic, “The Cat Came Back”, which doesn’t really feel like it has aged at all.

After watching Fred Penner finish, LuLu et le Matou took the stage, which inspired my daughter to get up and dance finally. Up until then she had been too overwhelmed, but LuLu et le Matou were wonderful, lively performers with a great sense of humour, and that was enough to get her on her feet. Even without knowing their music, they were fun and fresh.

Last of all, before my daughter got too tired, we caught Splash’ N Boots–a duo she actually saw at the Canadian National Exhibition, but considering how young she was, I don’t think she would remember them very well.

Splash’ N Boots also have a show on Treehouse these days, and they also got my daughter dancing and clapping along, not to mention most of the other kids in the room. The duo have a lot of energy, and they danced through most of their own performance.

From a parent who loves Canadian musicians, it was a treat for my daughter to see all of these artists on stage, especially considering that we don’t get to see west coast musicians like Bobs & LoLo in Ontario very often. Thanks to the Juno Awards, the Hamilton Public Library, and all of the artists and sponsors for making this concert such a great experience, from the red carpet for the wee ones, to the great performances.

Finally, congratulations to Fred Penner, who won the Juno for Children’s Album of the Year at the Juno Awards Gala Dinner on Saturday, March 14. 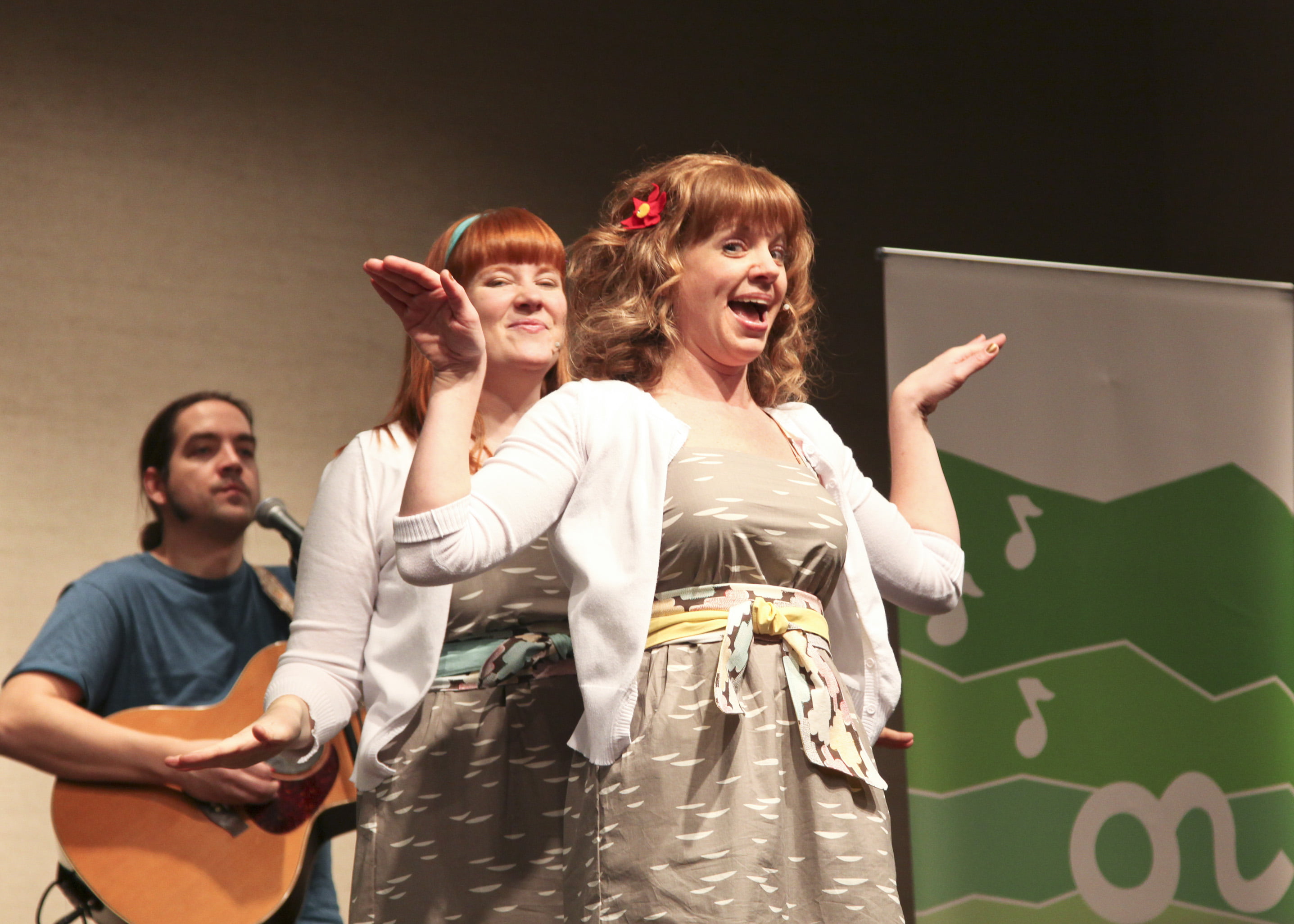 Bobs & LoLo at the Junior Junos 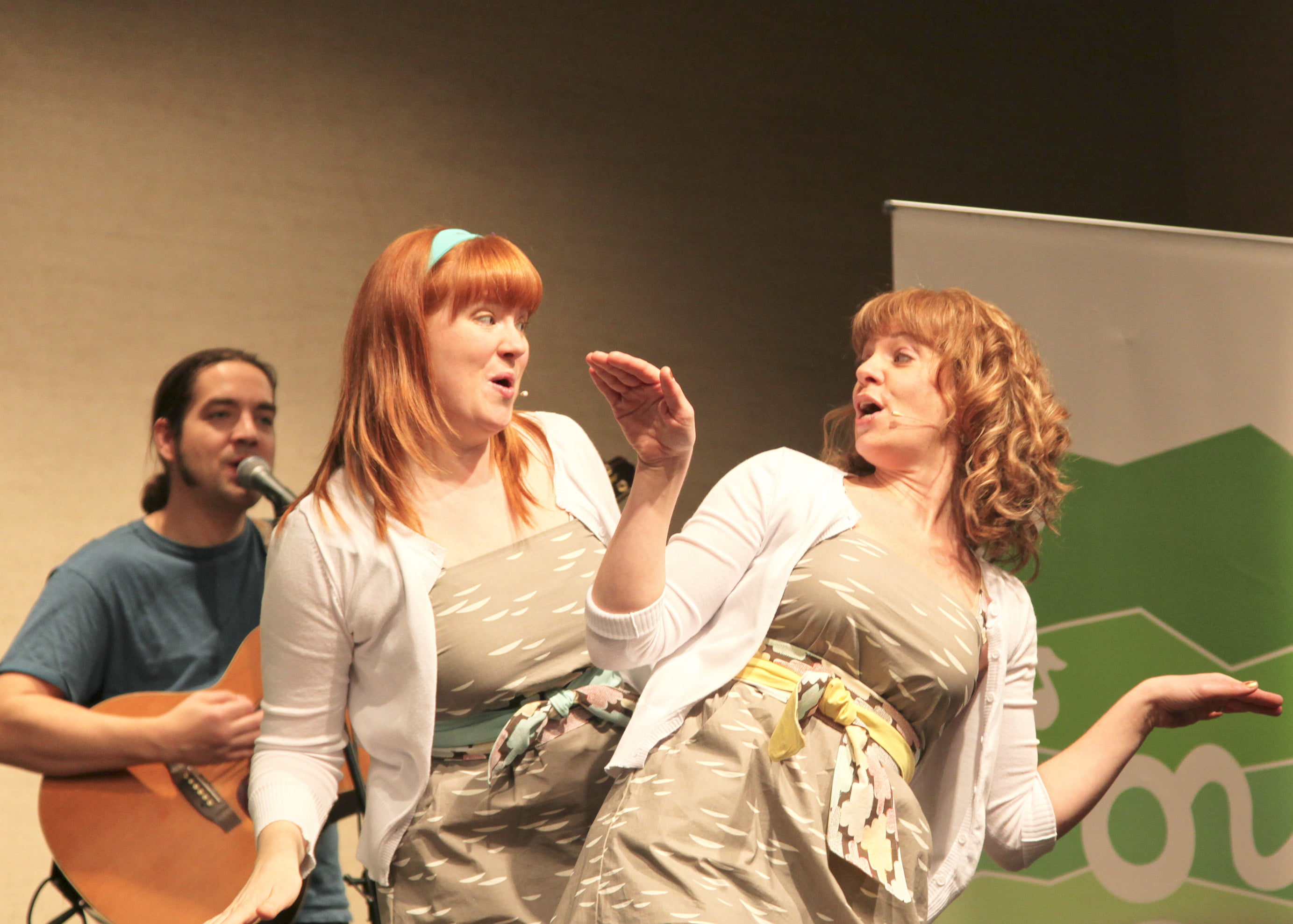 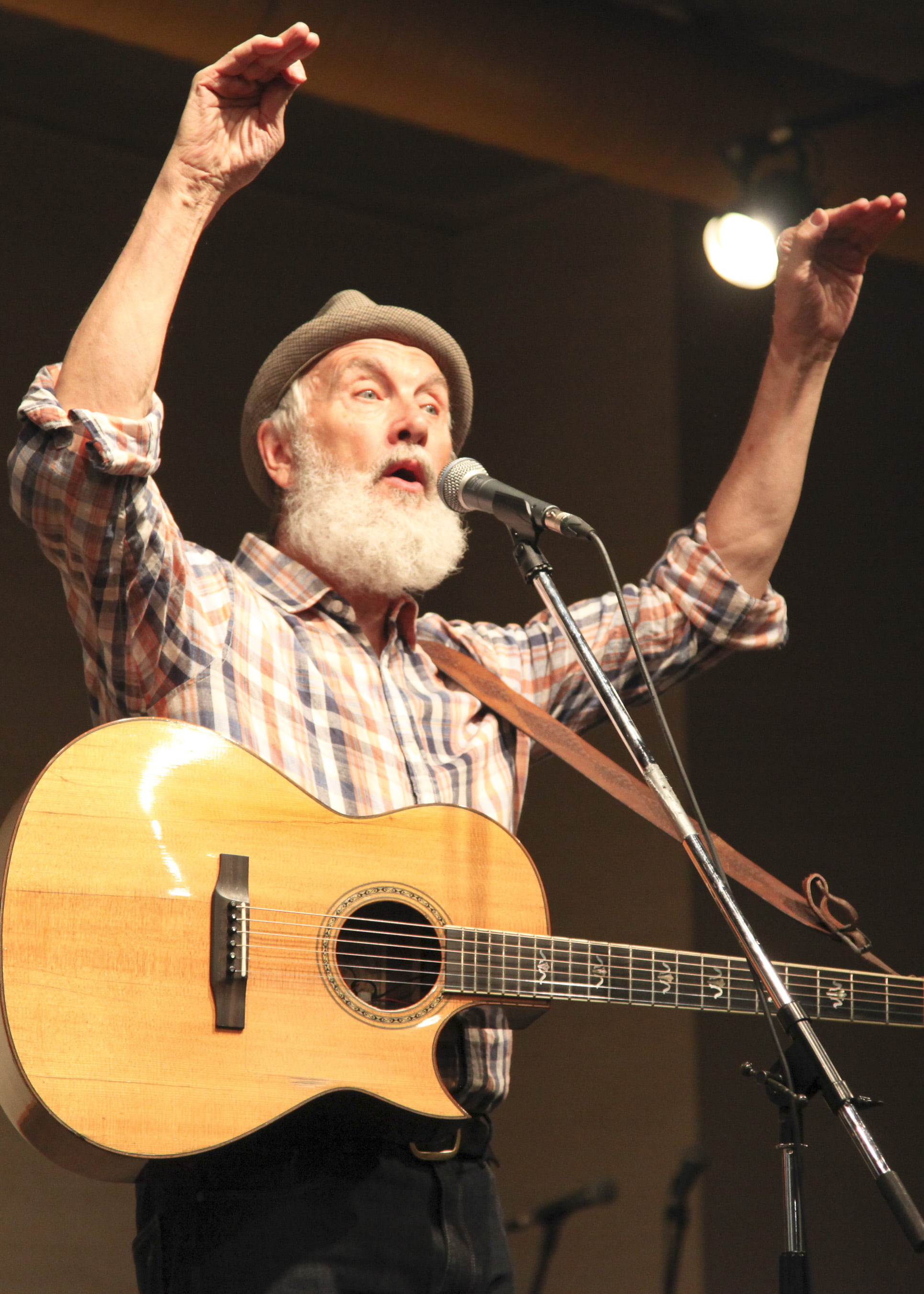 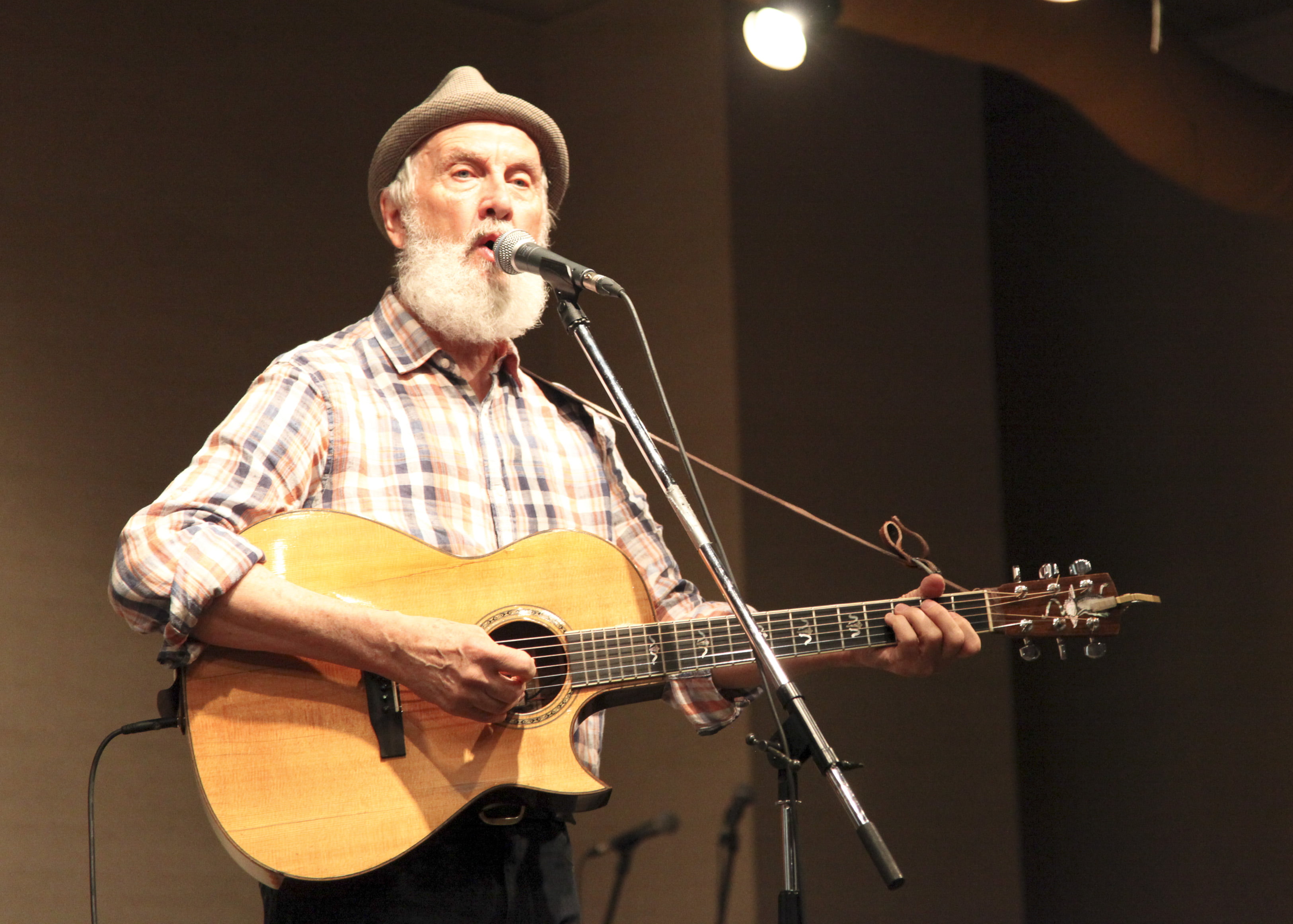 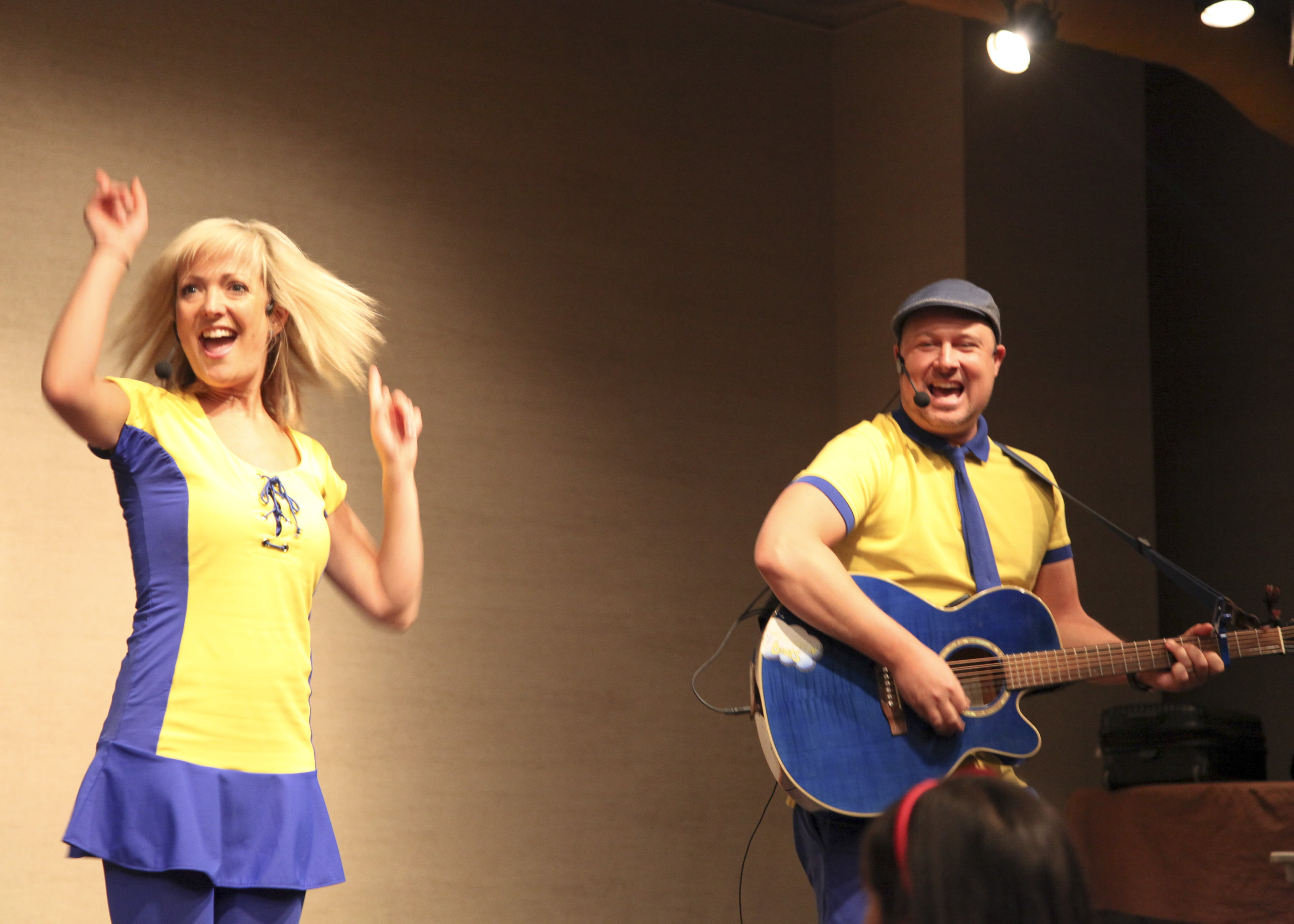