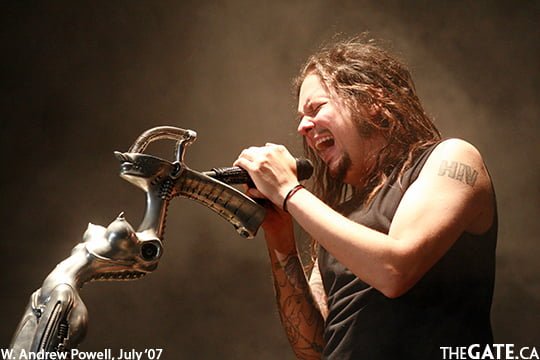 Nu-metal icons Korn shook the Molson Amphitheatre last night for the Toronto session of the Family Values tour, and while lead singer Jonathan Davis rocked the stage, the concert was less than half full despite a line-up that also included Evanescence, Atreyu, Flyleaf, and Neuosonic, to name a few. The fans that were attendance were clearly Korn fans though, giving the band their all.

Korn still cranked up their set, with Davis stalking across the stage in a kilt and screaming out every lyric while the crowd screamed the songs right back at him. Even half empty the Korn fans managed to make up for every empty seat with the usual crowd surfing and mosh action. 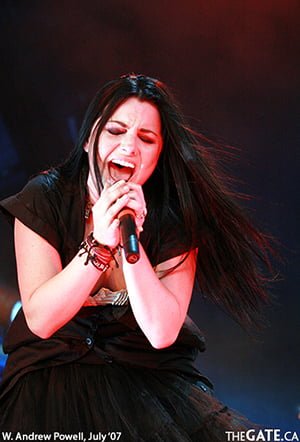 Earlier in the night Evanescence lead singer Amy Lee also had a great performance, although it started off a bit on the rough side. While the band still sounds the same it’s actually worth noting that this is a much changed Evanescence since their last visit to Toronto. In May guitarist John LeCompt was fired from the band, while drummer Rocky Gray also decided to quit. That’s in addition to Will Boyd leaving the band last year, and Ben Moody leaving in 2003.

Still, Lee and crew pulled off a killer set, thanks in part to Dark New Day members Will Hunt (drums) and Troy McLawhorn (guitar) who were filling in with the band until new performers can be found.

The Family Values tour was founded by Korn back in 1998 and has featured the likes of Limp Bizkit, the Deftones, Stone Temple Pilots, Filter, and Linkin Park. The show hits Detroit’s DTE Energy Music Theatre today, followed by Boston’s Tweeter Center on July 27, and Washington’s Nissan Pavilion on the 28th.

Check out www.familyvalueslive.com for the official tour schedule. 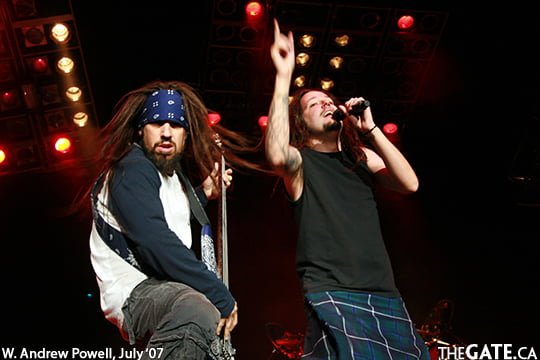 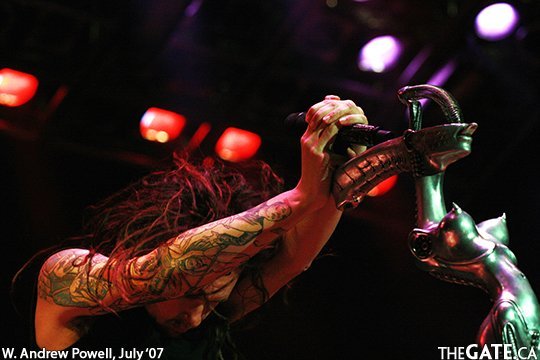 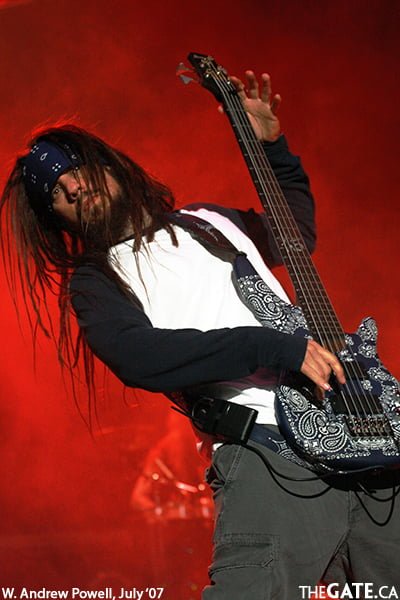