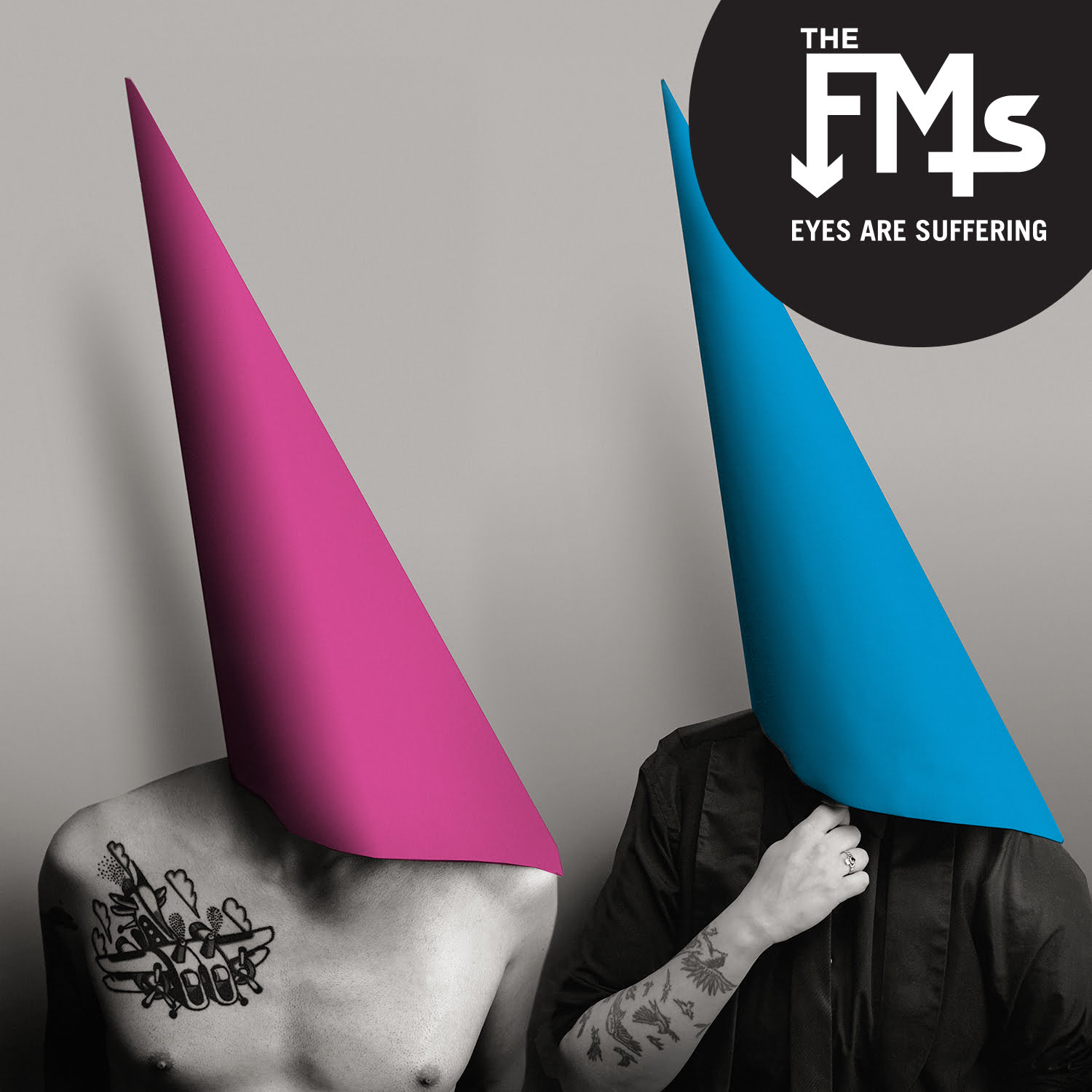 Androgynous analog goth rockers The FMs released their latest single, “Eyes Are Suffering”, and The GATE has the premiere, including the brand new lyric video.

The Brooklyn-based outfit have a distinct style of industrial, synth pop, layered with 70s grit glam and punk, and they’re proud to celebrate being queer, on top of social advocacy, and activism.

“We wanted to create an anthem against ignorance and complacency,” Matt Namer recently told Get Out!, which he said came to him while wandering alone at night during a heavy thunderstorm in the middle of Myanmar.

“Do you ever have moments where you feel like humanity are a giant race of zombies, mindlessly focusing on the menial distractions around them? Is my AC working? Did my baseball team win the game? It’s like being in a bad dream where everyone is sleepwalking and you’re screaming at them, but they won’t wake up.”

“Eyes Are Suffering” is this year’s first track coming out in advance of The FMs’ upcoming EP, which will be released through ADIM Records. Last year The FMs also released a full-length album, Machinacene Epoch.

Watch the lyric video for “Eyes Are Suffering” below and check out the release on iTunes, Spotify, and follow them on Facebook.

About The FMS:
The FMs have created a momentous buzz after the release of their debut album “Machinacene Epoch” on 27 C1ub in August 2017. Their controversial single “Implosion Model” went viral on Facebook and Youtube garnering over 200,000 views and piqued the interest of Editor Ken Scrudato who interviewed them for Blackbook Magazine, calling them “New York’s outre band of sonic seditionaires.” Since then, The FMs have been featured in Indie Source Magazine, Huffington Post, Pure M, TRV Countdown, Indie Music Buzz and the Jimmy Star Show with Ron Russell. The FMs will also have a featured performance in the new major motion picture “Fluidity”.

The FMs have been building a live following from the goth, burning man, kink and underground rock communities through a monthly secret event called SUBVERT held on a 10,000 sq ft. docked ship in the canals of Brooklyn, blending edgy young bands with dungeon spaces, fire performances, burlesque tarot readers and other inventive taboo elements. They recently shared the stage with members of Devo and Randy Jones of The Village People and have played with other great acts at venues around NYC. They were recently announced to be a part of the Elements Festival in Lakewood, PA (a 10000+) festival and are currently booking further tours and festival dates for 2018.