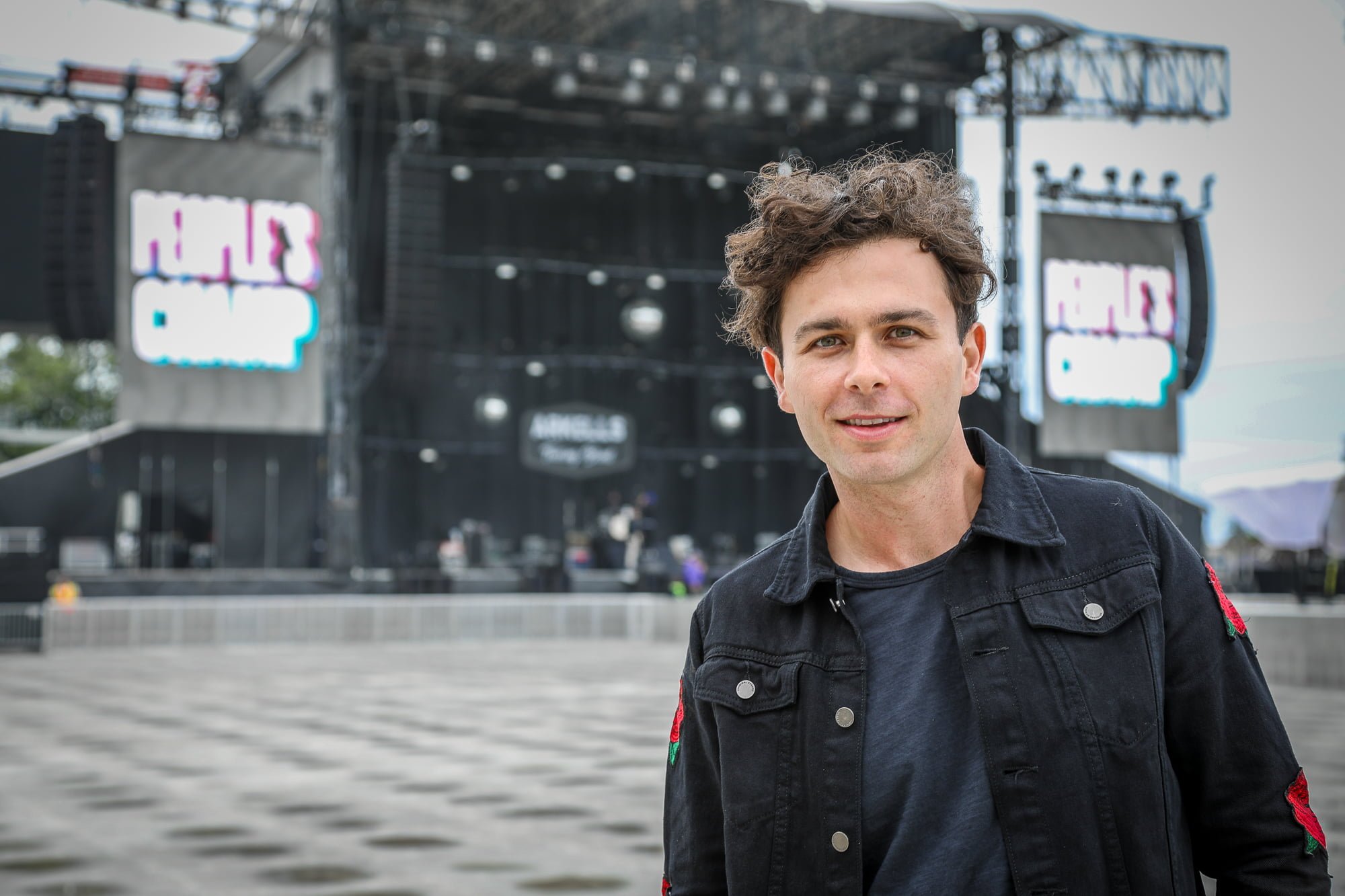 Last week, before Arkells took over Tim Hortons Field in Hamilton for their gigantic #ArkellsRally–the largest concert they have ever put on–Air Miles invited me to meet with frontman Max Kerman, and go behind-the-scenes with some lucky contest winners.

Kerman and the band are honestly some of the nicest people you could hope to meet. They’re the definition of the great, Canadian band, and the show was a huge hit. Touring the stadium with Kerman and the winners, we got a chance to see the space where the Hamilton Tiger-Cats work out and train, and then we went on stage for photos, and some time to hang out and chat with the band.

It was a lot of fun, not only checking out the workings of the stage and setup, but seeing the fans get to meet with the band.

Speaking with Kerman before the fans arrived, I asked him how it felt planning a concert like this. “It’s really exciting to be able to take on a project this big,” he said. “It’s overwhelming–it really is. I’ve been here for football games, but to see a stage here and all the flooring, it’s kind of breathtaking.”

I also asked Kerman about their upcoming fifth album, and what it has taken so far to make it a reality.

“A lot of conversations,” Kerman said. “You know, we go song-by-song, and each song kind of has it’s own flavour. Putting together a record is just a lot of little things, adding up all together… there’s a lot of things that need TLC, and we like every step of it. There’s like a pulse to it, I’d say. It’s like ‘Peope’s Champ’ has a pulse to it, which has been fun to play, and I think there’s some of that on the record.” 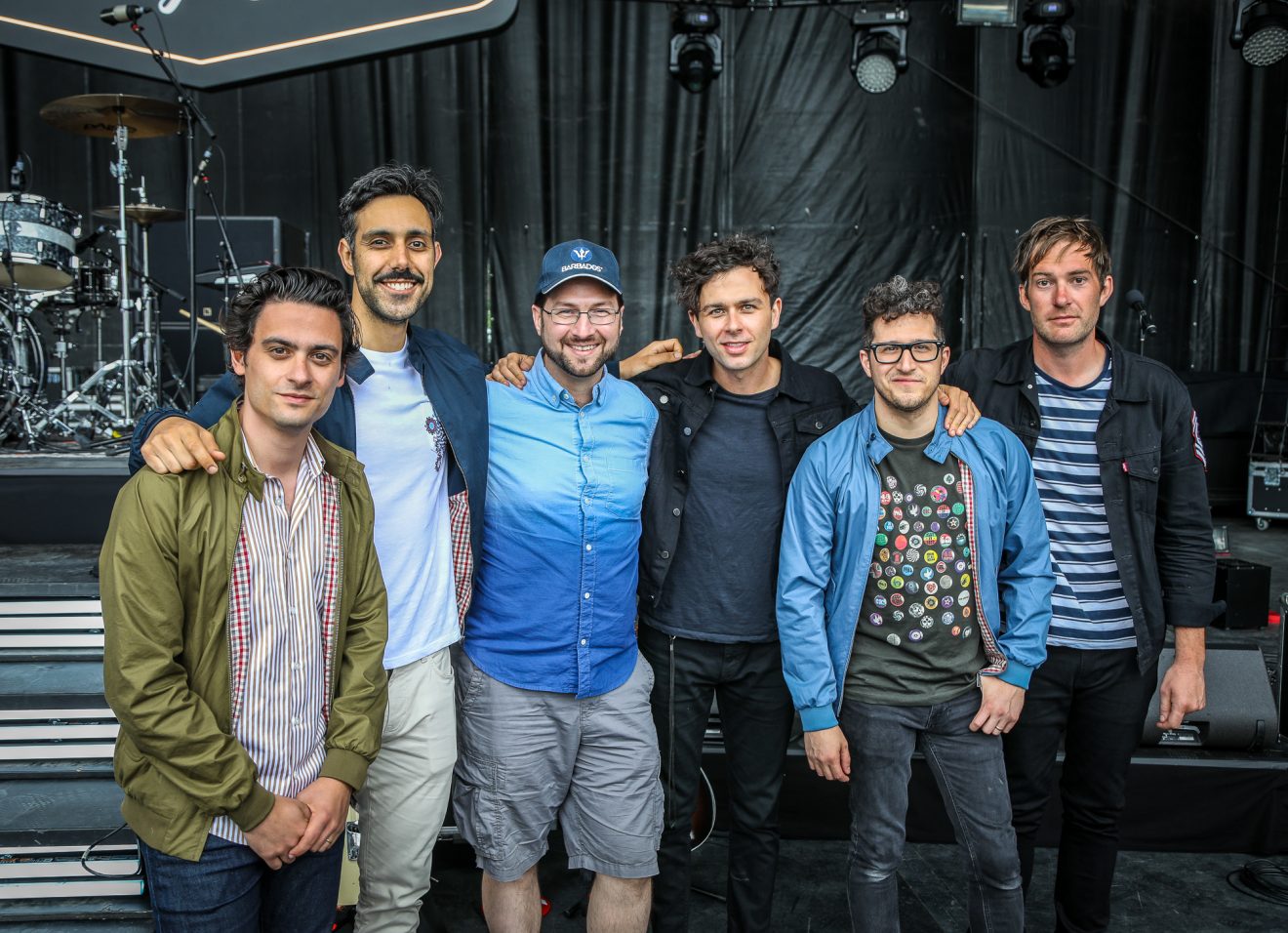 Now, if you’re wondering how you can get back stage with one of your favorite bands, Air Miles has an opportunity for you. This summer, Air Miles launched a special contest in partnership with Live Nation. The “______” with the band contest, is a chance for Air Miles Collectors to win exclusive, “humblebrag-worthy experiences” with artists in concert across Canada. To show their lucky winners a good time, they’ve partnered with Vance Joy, Arkells, Goo Goo Dolls, and Midland, for special experiences that range from meet and greets, backstage access, and even a helicopter ride.

You can get all the details on how you can enter at airmiles.ca/WithTheBand. Plus, the Air Miles Stage Pass is your chance to get tickets and music rewards and experiences, with points, and special giveaways.

Watch my interview with Max Kerman, and scroll down for my tour on stage, and back stage, with Arkells: 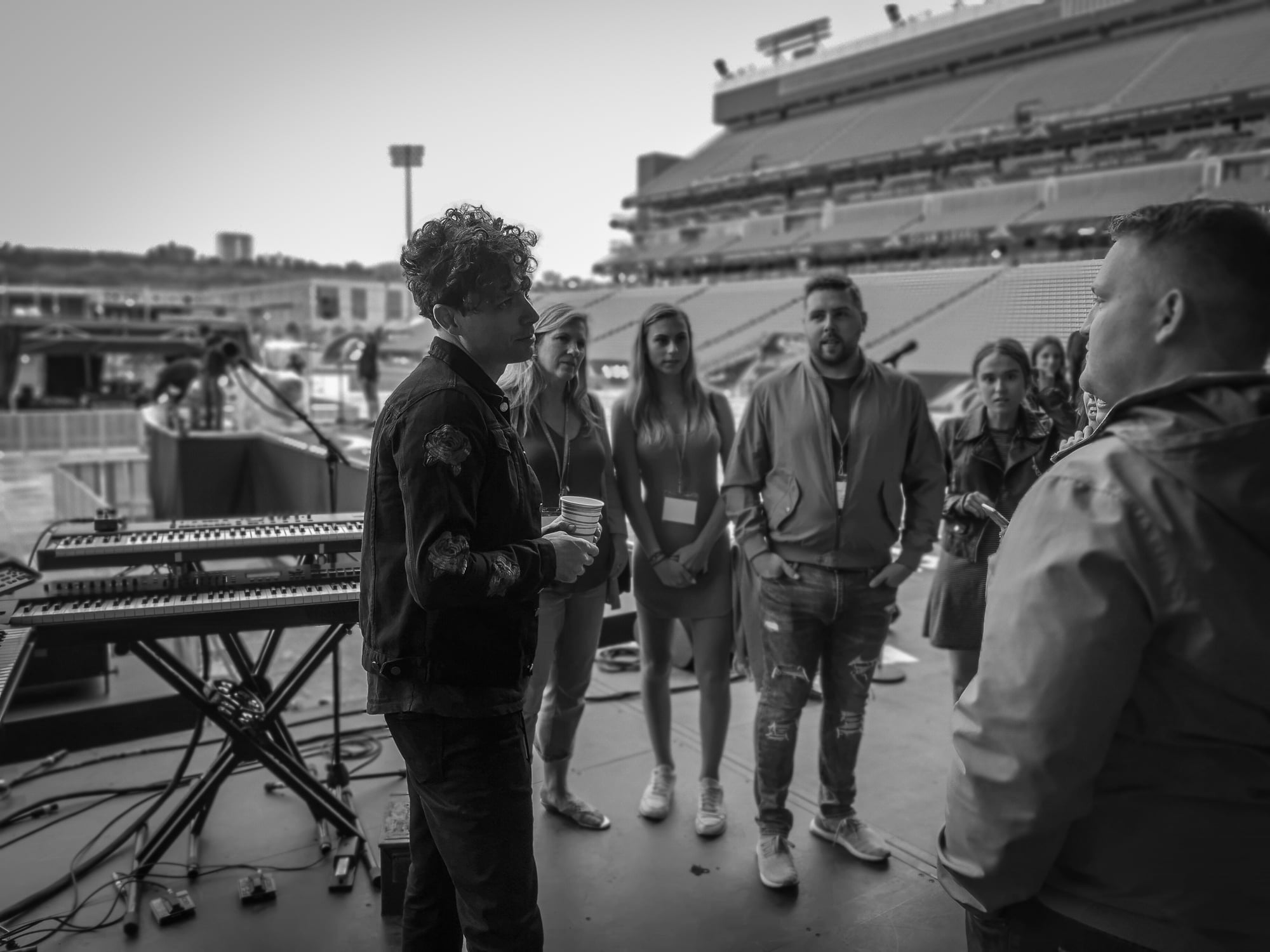 Max Kerman with the fans 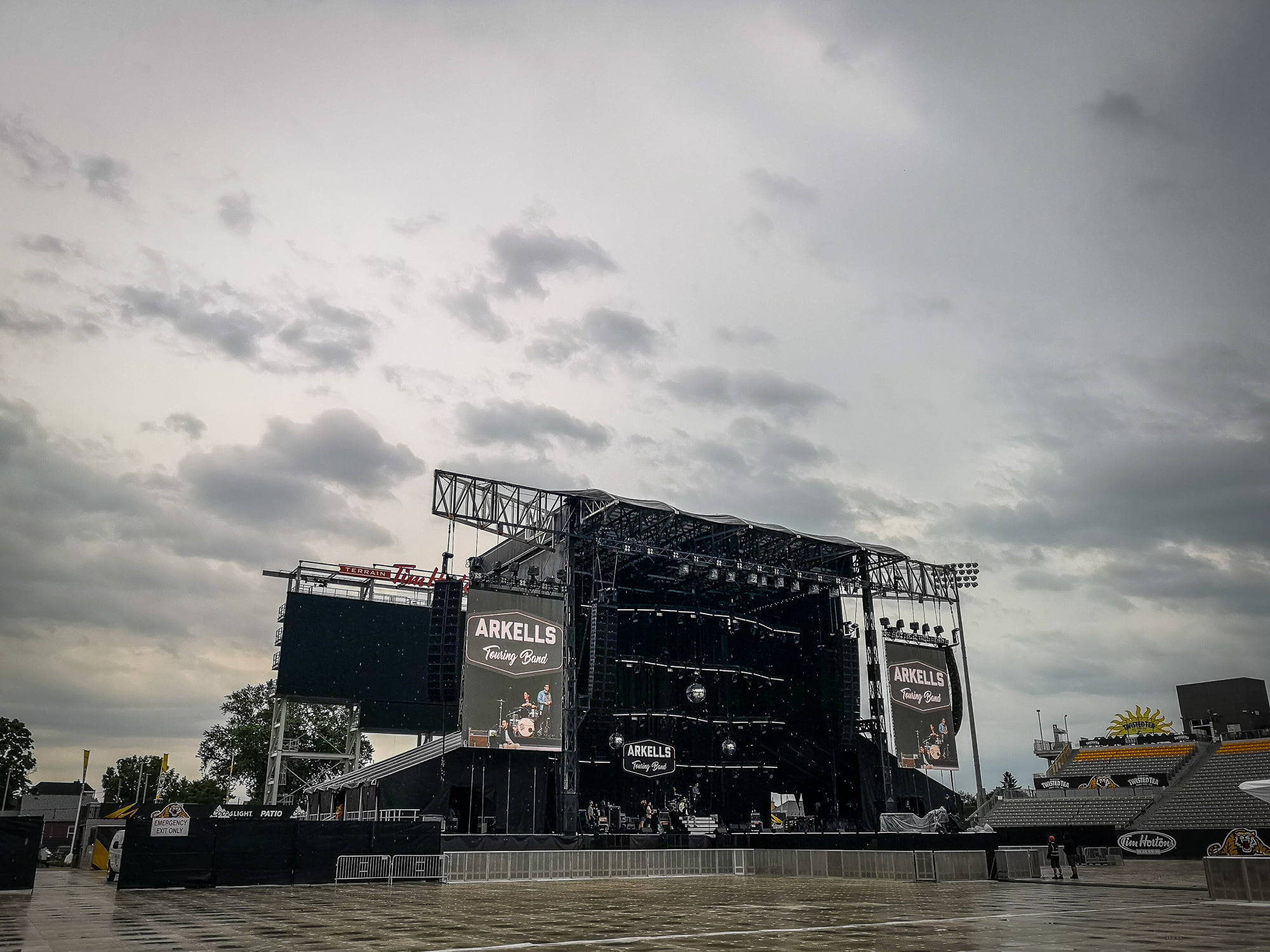 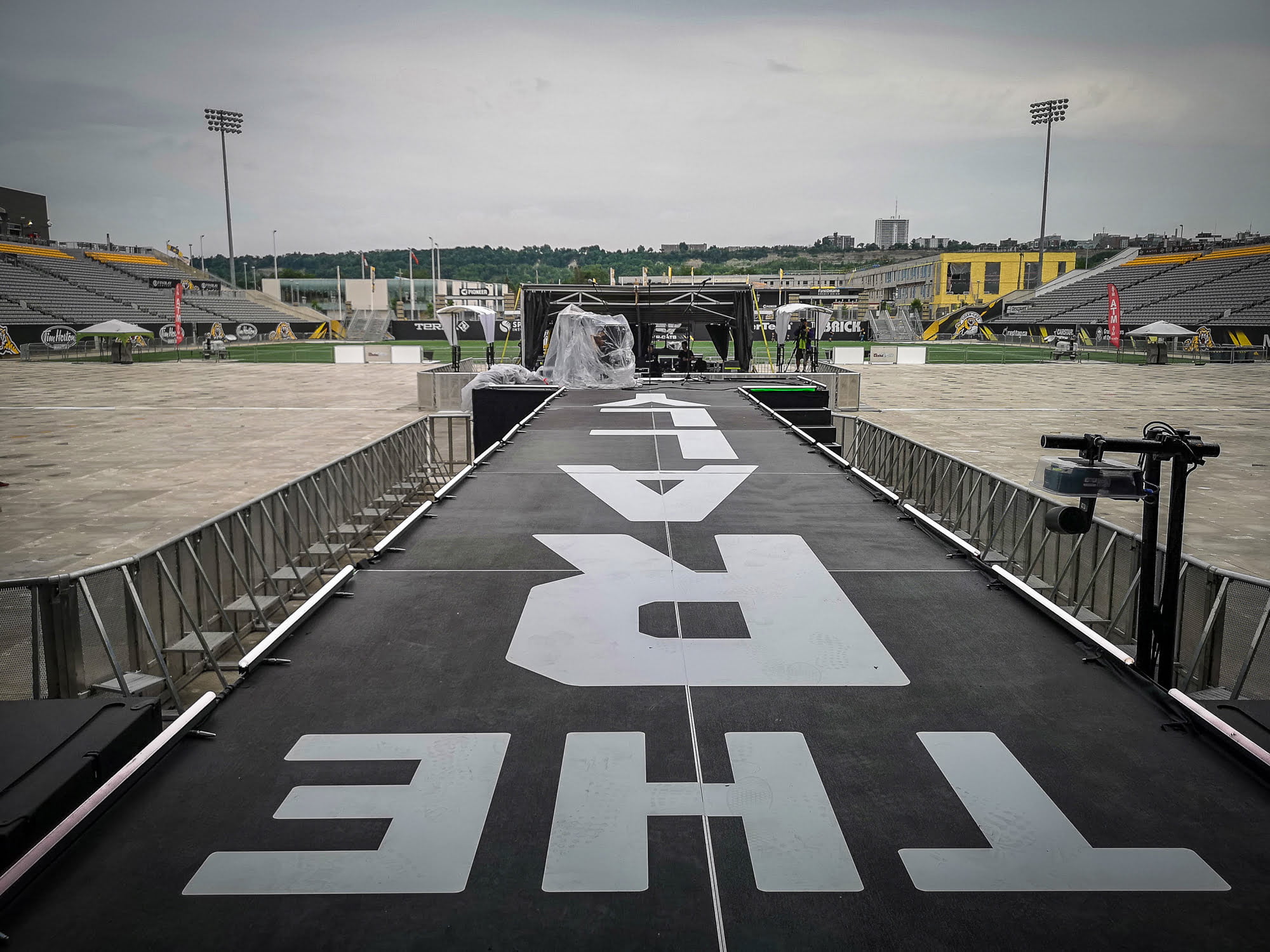 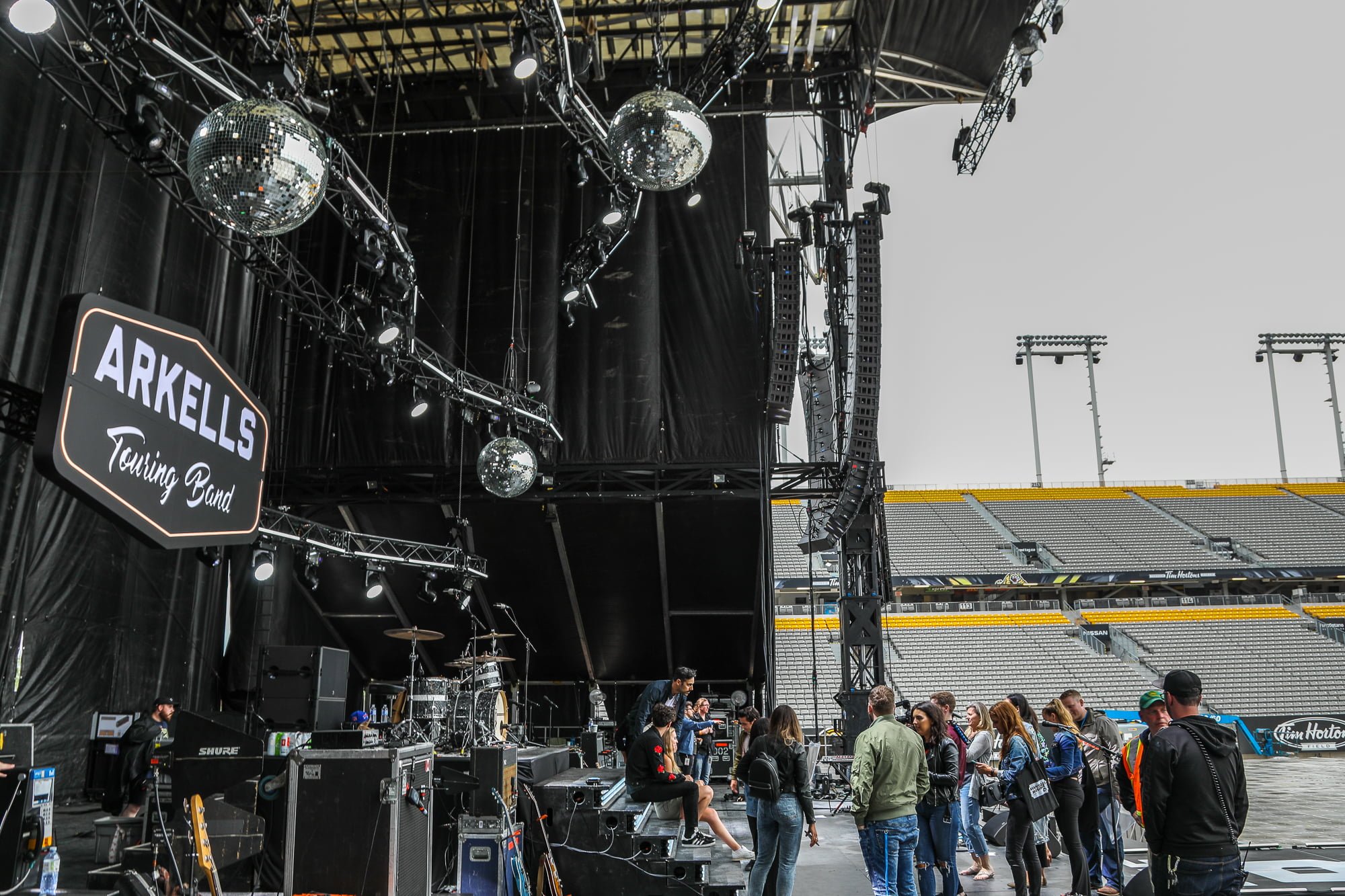 On stage with Arkells