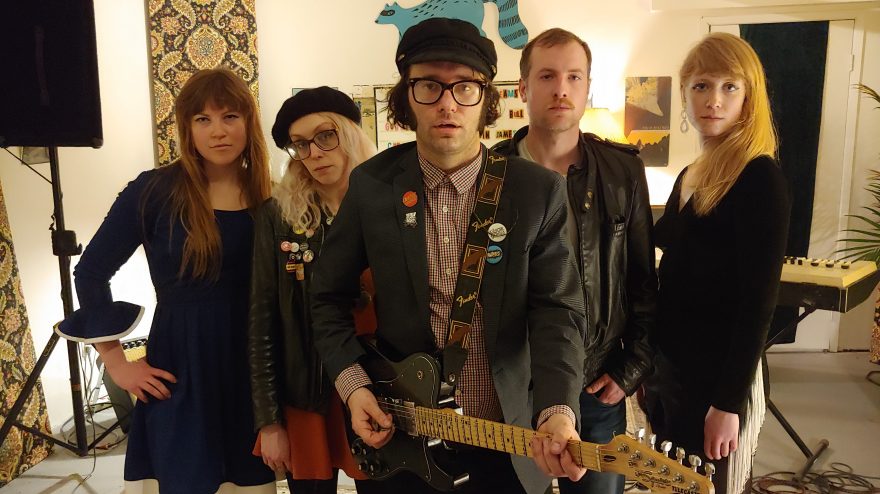 There are miles and miles behind Danny Laj and The Looks’ new album, Everything New is New Again, and while the album is rooted in a tour last year, the full journey started in Northern Ontario, where Laj grew up, on route to Montreal, by way of stops in Sudbury, North Bay, Toronto, and everywhere in between.

Blending rock, folk, and country with some power pop, their new single “Annie” is a perfect example of their sound, style, and as they put it, ‘joie de vivre’.

“In May of 2018 we toured Canada and the United States,” Laj said about making the new album, their seventh to date. “We picked up our drummer Victor (Tremblay-Desrosiers) on a swing back thru Montreal and hit the road to Saint-John, New Brunswick to play a festival before locking ourselves in our friend’s jam space for a day to learn the record.”

Bandmembers Laj, Tremblay-Desrosiers, and Jeanette Dowling then took their music on the road again, this time to New York to record.

“We descended into what felt like a bunker opening into the depths of the underground through the sidewalk,” he continues, speaking of NY Hed Studio where the trio tracked the record over the next two days. “It was an honour to record with Rocio and Matt Verta-Ray at a place where some of our favourite and coolest records we know were made… Heavy Trash, Andre Williams, Ronnie Spector, and Alejandro Escovedo, to name a few.”

“Working with them was like catching lightning in a bottle… They captured us in our purest form,” Laj said. “Pure pop.”

Danny Laj and The Looks’ album Everything New is New Again is out this Friday, September 13.