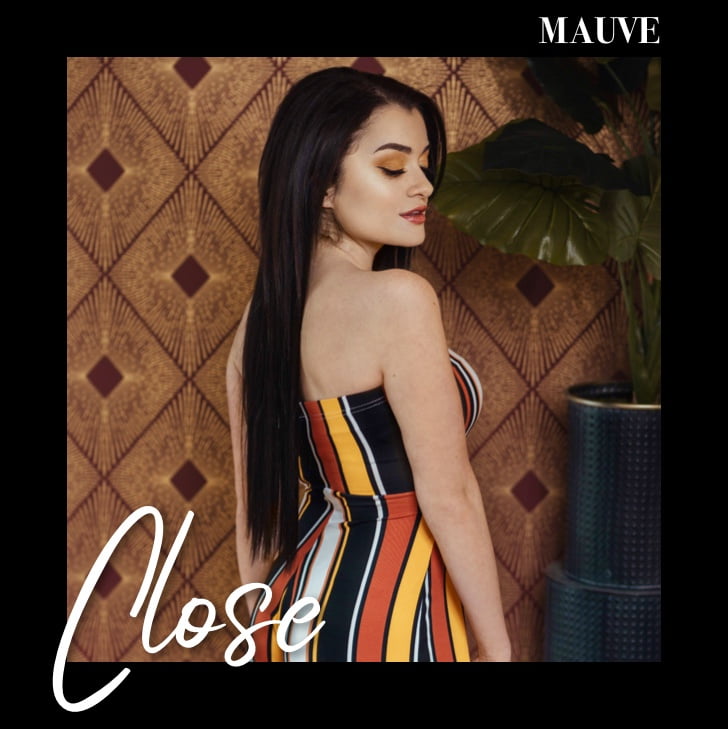 Mauve’s new single, “Close” is smooth, silky, and fiery, and that’s exactly the mood the singer was trying to set.

“I compare the energy of love to a growing fire,” Mauve said. “The energy a person emits attracts you… Then it spreads like a wildfire…”

“I imagine a scene of watching embers in a fire start to glow, and that’s like the magic that’s birthed through that special connection with someone. That’s why I said ‘a feeling like that cannot feel close’ enough because you want it to completely come over you.”

“My inspiration for this song began when I put together a tropical drum beat on my Cubase software,” Mauve said. “Justin Timberlake was in Toronto for a concert and I guess my mindset was in the romantic, hip hop mood he’s known for.”

“I wanted to create a beat that was subtle but still had a lot of intensity charged into it–like that fire building up.”

“Close” is from Mauve’s upcoming EP. To date, she’s earned over 350,000 streams on Spotify, and in 2018 she was nominated for Best New Artist at the Niagara Music Awards.

Mauve considers Amy Winehouse and Sia two of her big influences, which have helped shape her music.