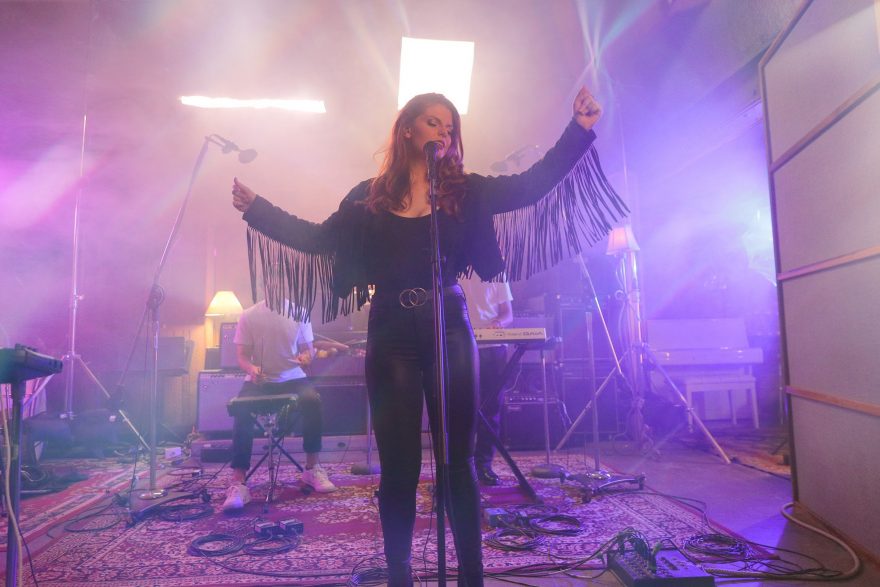 LA singer & songwriter Anna Dellaria fuses pop and R&B for her explosive single “Mama Said”, and it’s easy to feel the message: it’s time to rise above the everyday, the pessimism, and the haters.

“I was so tired of defending my happiness and identity. Tired of fighting off stereotypes and expectations,” Dellaria said. “It evolved into anger that grew with each news headline or daily encounter that a friend would experience and share. Whether across the world or at school – the fight to simply be and exist in the face of hatred and negativity became undeniable.”

“So I wrote about it. The foundation of ‘Mama Said’ is a simple vow to maintain happiness. Maybe it’s a friend who’s jealous and coming for your crown, or maybe it’s something bigger. Regardless – the vow remains the same: ‘Never Let em Knock You Down’.”

The single is energetic pop with R&B beats, fueled by Dellaria’s incredible vocals, and her voice soars from start to finish.

Dellaria has earned over 950k streams, and you can hear her music in television and on top 10 features like Spotify’s New Music Friday.

For something slower, check out Dellaria’s newest single, “Sorry Doesn’t Work” on Spotify.