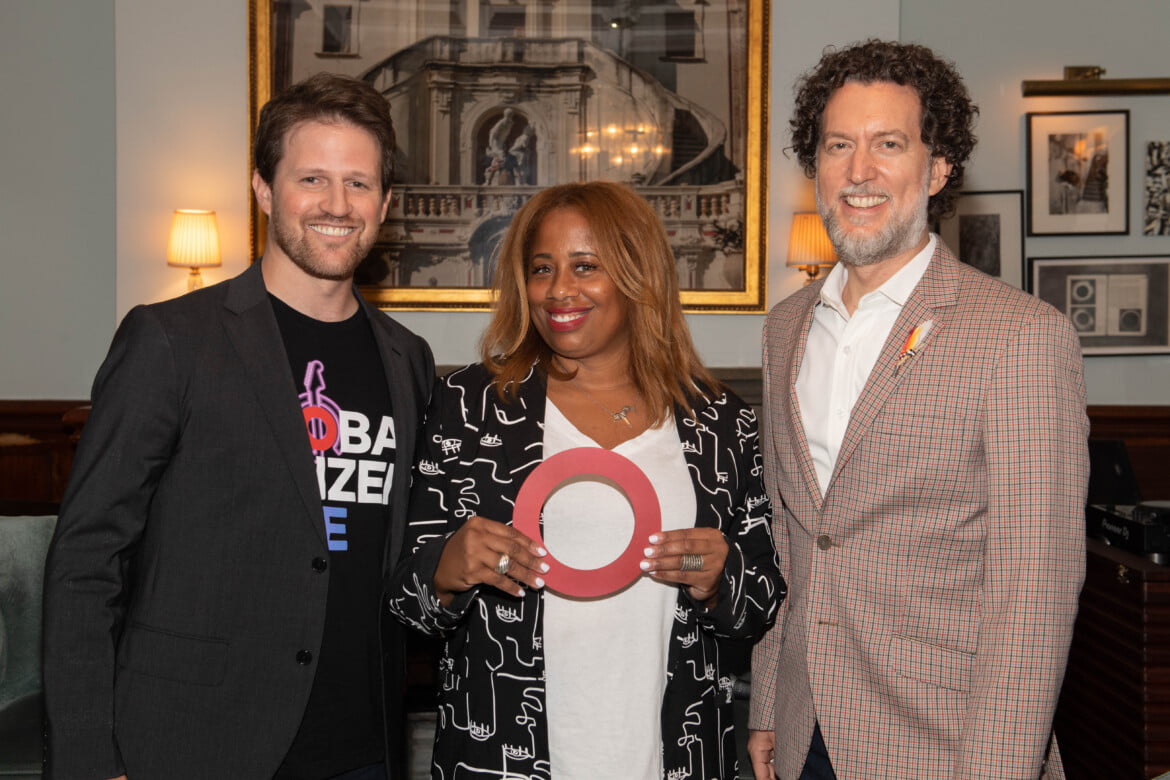 Global Citizen is the future of advocacy, focused on change through a range of actions that anyone can do, tied into powerful events that inspire people.

At a recent event in Toronto, Global Citizen’s David Beame, Caralene Robinson, and Jonah Kanter sat down to talk about the organization, advocacy, and their upcoming 10th anniversary festival in New York City’s Central Park, and it was inspiring to hear about their efforts, and what it takes to put on the global event.

What stood out for me is that they’re actually a small organization doing big things around the world, and unlike some groups, they don’t handle any of the funds for their projects, so they’re a truly reputable team.

Even the event footprint felt different than a lot of things that I’ve been to over the years. After the discussion Global Citizen hosted a dinner for us and the food came from 100 KM Foods, with a focus on environmentally friendly dishes. The cocktails were upscale and chic, and amidst new conversations, the focus was on meaningful change for the future.

Founded in 2008, Global Citizen has been working to inspire people to join their program and take actions through their app, and the actions often only take a few seconds. In exchange for those actions, people earn points they can trade in for contest entries, or eventually, tickets to their annual concert.

With those actions, and the amount of support they can leverage, Global Citizen convinces governments and businesses to lead change for major issues affecting millions of people.

In 2022, the organization committed to empowering girls around the world, closing the climate finance gap, helping with the global food crisis, and relieving debts that are hurting the economies of some countries.

Speaking to the team here in Toronto, it’s powerful to hear how they have worked for so many years, with a team that’s comparatively much smaller than most aid organizations. With just 70 employees, they’re an impressive force for social good, and anyone can get involved.

In about 10 minutes I installed the Global Citizen app, signed up, and completed a few actions. And it’s not just rewarding; the thing I love about the app is that it’s also about teaching people about issues, both locally, and around the world.

For some people, I’m sure the simple actions are inspiration enough to get involved, but whether you need the motivation or not, the Global Citizen Festival is seriously amazing, and this year’s event on September 24 features Metallica, Charlie Puth, Jonas Brothers, Maneskin, Mariah Carey, Mickey Guyton, and Rosalia, to name just a few.

Across the world in Ghana, Global Citizen will host a second event at the same time in Accra’s Black Star Square, and it will feature Uncle Waffles, with Berla Mundi, Joselyn Dumas, Michaela Coel, Nomzamo Mbatha, and Sabrina Dhowre Elba joining as presenters. Global Citizen Festival: Accra will be hosted by award-winning actor, playwright and activist Danai Gurira.

Global Citizen times their annual festival to help inspire world leaders to take action during the G20 and COP27 events, and their goal is to have commitments of $600 million for the future of women and girls, close the annual $10 billion climate financing shortfall, deliver $500 million to help African farmers respond to the global food crisis, and provide urgent relief from crushing debts to End Extreme Poverty Now.

To give credit where it’s due, a few partners helping make it all possible include Accenture, Cisco, Citi, Delta Air Lines, Harith General Partners, P&G, Verizon, and YouTube.

And the event will also air on a number of stations around the world on ABC, ABC News Live, iHeartRadio, Hulu, FX and Veeps in the United States; Albavision in Latin America; Canal+ in Africa; Bis in Brazil; Nine Network (9Now) in Australia; TimesLive in Africa, and more.