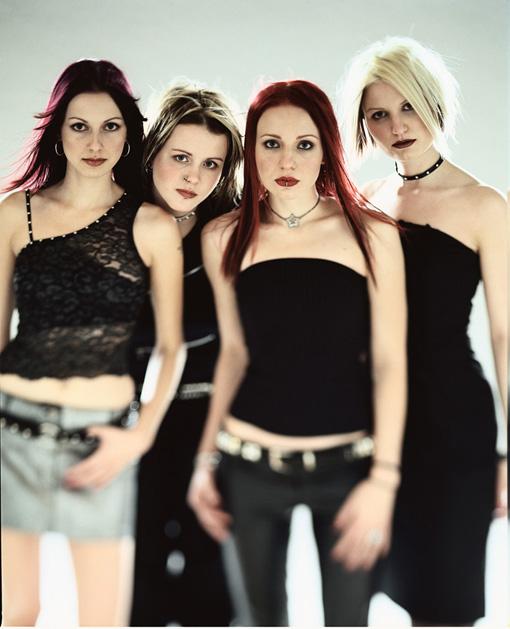 Just like their bio says, “Tuuli are four beautiful girls who know how to rock”, and after seeing them perform at Canadian Music Week, I can definitely confirm that they’re a great band with killer music.

That killer music is also about to hit stores very soon with the release of their first full-length CD which will be released sometime this spring through Linus Entertainment (the same people who brought you Shocore) and distributed by Warner Music Canada.

Behind the lights, the instruments and those funky outfits, the four awesome ladies who make up Tuuli are: Jenny (the Aquarius) on lead vocals and guitar, Claire (also an Aquarius) on bass, Dawn (a Capricorn) on guitar and vocals, and Jen F. (a Taurus) on drums (according to the band’s website, she’s also the groups “bitch”). Together, they’re a mighty force against bland rock music, and they’re gearing up to be one of Canada’s next big thing.

So go check out their website: Tuuli.com which comes complete with videos, music, and lots of other goodies.