Juno nod opens doors for God Made Me Funky 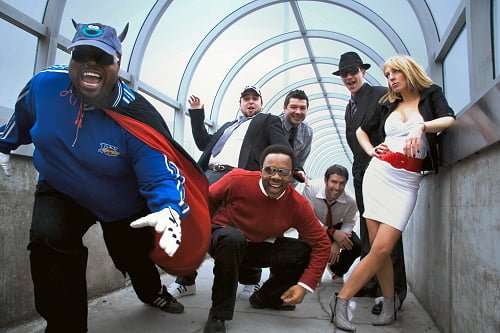 Their name practically says it all. Toronto’s God Made Me Funky have been wowing audiences since 1996 with their extremely danceable, high-energy style. And now they’re headed to the Junos.

Currently in the midst of a cross-Canada tour supporting the release of their new CD, Enter The Beat, the band is nominated for R&B/Soul Recording Of The Year for the 2008 Juno Awards. With plans to perform at Juno events leading up to the big awards telecast on Sunday, April 6, not to mention obvious party plans while they are in town, God Made Me Funky definitely seem to be having a great year.

The GATE had a chance to interview band-members Kaybe and PHATT al during their recent stop in Toronto, and they filled us in on what a Juno nomination means to them, their plans for a new album, and what sort of song-inspiring experience a bingo hall has to offer.