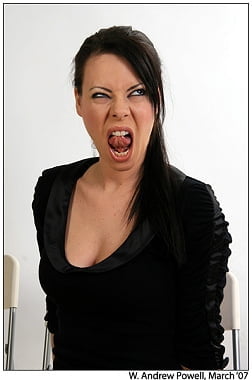 Tara Slone is one interesting woman. She considered a career as an opera singer, studied classical voice, was the lead singer of the band Joydrop, studied theatre at Concordia University, competed on Rock Star: INXS, and recently debuted her solo CD, Just Look Pretty and Sing, with the help of Jordon Zadorozny.

A few weeks ago I sat down with Tara to chat about her career, what it was like coming out of Rock Star: INXS, and where she got the inspiration for her solo CD.

What did it take to get this album together?
“Basically, Jordan and I started talking 3 years ago and he lives in Pembrook so I would go up once a month and we would write and record and then it was pretty much ready to go almost in its entirety before Rock Star (INXS). But that was just such a weird opportunity I just decided to do it and that took up a bunch of time. So after Rock Star I recorded a little more, and then it takes time to find the right home for the record and release it, and everything takes way longer than you think it’s going to, so here we are in March.”

Did it evolve over those 3 years?
“Yeah, I guess. I hope so. I probably became a more confidant and competent songwriter. But from the very beginning it was such a pleasure to work with Jordan, he just very much complemented my style and was really inspiring to me. I mean I’m anxious to go and write the next one, that’s for sure.”

You always finish one and then you’re ready for the next, right?
“Well, yeah. The world might have just heard it two weeks ago but I’ve been listening to it for a long time, so it’s not that I’m over it… but kind of.”

So what did you take away from the Rock star experience?
“Umm, it’s a pretty multi-faceted experience. A lot of friends. I mean, to their credit they managed to assemble a group of really talented people, and for the most part really good people; solid, good, kind individuals. I actually live with Suzie McNeil now, she’s my roommate.” 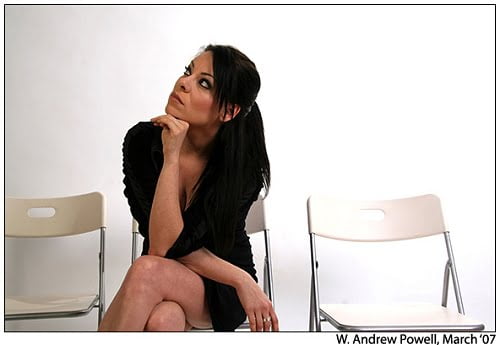 Has she been driving you nuts with Queen songs (now that she’s in the musical We Will Rock You here in Toronto)?
“No, she doesn’t sing them at home. Very rarely. No, but we hang out a lot. She has a record coming out too so we have a lot to talk about.

What else? You know, I won’t lie, it was hard. It was definitely a hard experience, but I’m proud of how I conducted myself through it and you know, I learned that I can weather a shit storm, keep my head held high… and I kind of learned that doing my own thing was the right thing to do.

I was a bit of a fish out of water there. Nobody knew what to expect. I honestly didn’t think it was going to be so Idol-like… I mean it’s a much better show… although American Idol is kind of interesting to me… but the song choices are more interesting to me. But I didn’t realize it was going to be such a karaoke contest and not that there’s anything wrong with that, I think a great singer should be able to sing anybody’s material, but I thought that writing ability, things like that, would be taken more into account. It was a little weird, but I’m glad I did it – I would have regretted not having done it.”

Do you feel then that the experience was worth it considering the hardship?
“Oh yeah, I don’t regret having done it. Yeah. It’s probably people who didn’t know about Joydrop so it’s probably a different group of fans.” 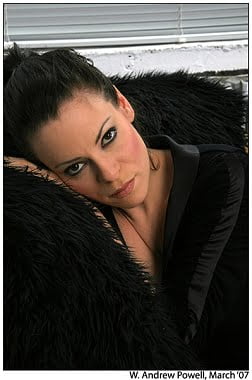 Where do you see yourself down the road?
“I don’t exactly know where I’m going to end up. I want to do music but as I said before I’m not going to go across Canada a million times in a van and sleep on people’s floors any more. At this point it’s not at all costs, but as long as I can be a career artist… but you know there’s also a lot of other things I’d like to explore in the world. I’ll always do music.”

Were there particular references or things that inspired you when you were working on Just Look Pretty and Sing?
“There were, they’re sort of weird things… like, in “It Never Comes”, we were influenced by a chord change in a Duran Duran song called “The Ordinary World”. And “The Perfect Girl” is very melodically influenced by Hall & Oats and also the Honeydrippers, and Tracey Ullman. Those are the really specific ones, but we just listened to so much music during the creation of that, we were inspired by all kinds of things. Those were our sort of shout outs to different artists.”

What’s your favorite part of creating an album?
“It’s funny, this is what I’ve discovered about myself lately, because my drummer Tony (Rabalao) is really a detail guy, and he knows all the words to every song, and I know none of the words to any songs, or half the words to all the songs and I realized that maybe I’m not as influenced by lyrics and I’m more influenced by melody. That’s the only explanation for me not really paying that close attention to all these songs that I love, but I know the melody. So for me the real kind of eureka moments came when I was writing the melodies for these songs.”

You can check out her official website at www.taraslone.com.