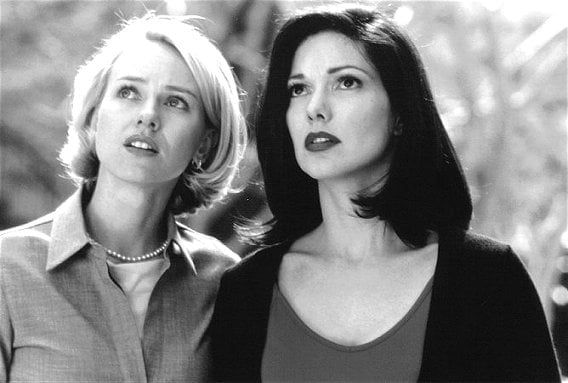 In Mulholland Drive, David Lynch weaves a fantastic spectacle that dazzles with acting, imagery, cinematography and an intricately simple story that is deserving of at least a couple of Academy awards. This is Lynch at his best with one of the most wonderous, mind-warping escapades I can think of in recent years and it’s done as a two-part story that could almost be two seperate stories. Except you would have a hard time excavating the first part from the second. It is also almost impossible to realise, as your sitting there in the theatre, where one part ends and the next begins.

The tale, billed on the poster as a “love story” is about Hollywood and a young woman trying to make a name for herself. That is a simple explanation that can’t even come close to explaining the movie, but it means more than you might expect by the time you get to the ending. Many scenes will try and lead you astray, and at times it’s a little confusing trying to imagine what any of the film really means, but that’s why this movie is so good.

Because this isn’t one of those watered down films you’ll see in every major cinema, there is also a very broad range to the style of the film. At times I thought I was watching a comedy, but then the movie would turn around into a dark mystery. At other times it felt entirely like a drama and then it would flop back again to something else. It all fits well together, but I often felt a little like I was being jerked around on a yo-yo.

Although the tale will wrap you up and spit you out, and there is no doubt that this is a really well directed piece of drama, the story wouldn’t go anywhere if it weren’t for the incredible work of Naomi Watts as Betty Elms. She is unbelievable and even though you won’t realize from the start how great she is, you will be blown away by the final act when you see just what kind of range she has across this movie. Her portrayl of this fragile, naive little actress with the tremendous passion, heart, and curiousity is the reason there is a Mulholland Drive.

Almost as impressive is Laura Harring as Rita, who is also very good as the mysterious dark haired lady who nearly gets killed and loses her memory in the first 10 minutes of the film. She plays a very innocent character throughout the film, but she also brings something else into every scene. Deep down, you know that there is something very dark about this woman or dark about her circumstance, but you’re never sure what it is until the final 10 to 15 minutes. It’s a wonderful conflict that goes far to broaden the confusion you feel as you try and decipher the mystery.

Some of the supporting actors are also really well suited to this film. Justin Theroux as the director, Adam Kesher, or Anne Miller as Coco Lenoix. Both work well in there parts and add much to the film, but they aren’t around nearly enough to do more than add a fleeting glimpse of their abilities. I really did like Theroux though because he was one of the funnier people in the film, but Billy Ray Cyrus as Gene was a funny, if short lived, break from the rest of the action. 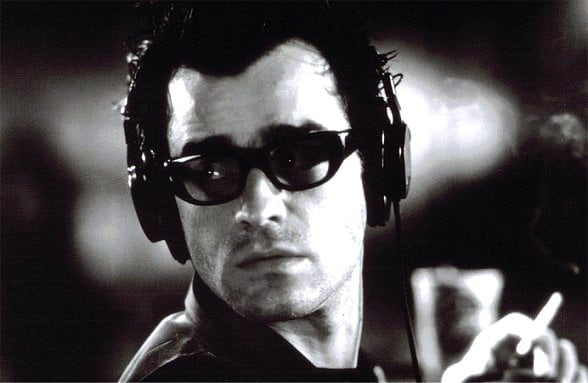 The best part is that everything fits by the time you leave your chair and everything ends up meaning something. You aren’t left with all the answers, but you are given a key (a blue one in fact). Some people are bound to read multiple things into each part of the final story, but that is just another part of Lynch’s charm of creating boundless masterworks of cinema.

I couldn’t recommend this film enough and I hope that the Oscars take the opportunity to give at least some form of a nod to Lynch for his magnificent work here. However, considering the Academy’s continuing snubbery of Lynch, I’m not going to hold my breath. Still, this one was my favorite film at this years TIFF and one of my favorite films in some time, except for maybe Moulin Rouge. It’s a long movie that goes well over two hours, but it’s worth every minute.