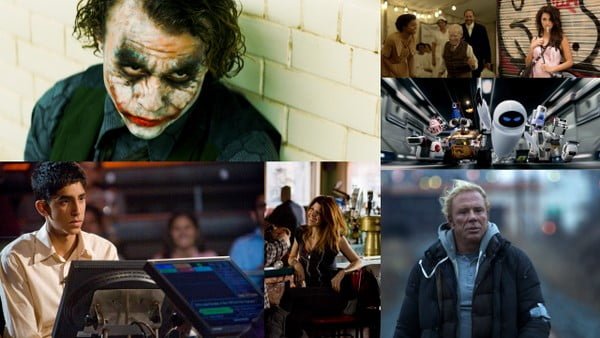 Now that all the wags have had their say – I thought it was time to chime in and add my perspective on the 2009 Academy Awards.

A few years back I had the good fortune of sitting down with Warren Beatty for an interview – during the conversation we spoke of awards and what he thought of them having won a few himself and having been nominated for many more – he smiled and said, “the Golden Globes are fun… the Oscars are business.”

What he was saying was that the Oscars are now just a glitzy addition to the PR juggernaut of big movies. The television presentation is losing viewers by the millions each year as the overall significance of the Oscars comes into question.

Which brings us to the question – are the Oscars about celebrating artistic achievement in the motion picture field or is a star studded, over-long, self congratulatory wank of a TV show that is now chasing nothing but increased ratings and increased ad revenue?

With the exception of the early incarnation of the Oscars, before TV, when it was a dinner at which all the Hollywood heavyweights showed up to pat each other on the back, there have been few years since where the Oscar winners reflected even the most commonly held notions of which films or performances we given statues.

Looking back you can clearly see that Oscar gets caught up in the hype and PR glory of films as much as the average movie-goer does – having such films as Doctor Dolittle winning Oscars – or having Titanic be one of the biggest Oscar winners in history clearly illustrates that. Having films like Raging Bull or 2001: A Space Odyssey ignored while films like Ordinary People and Shakespeare in Love are celebrated as the best of their years clearly illustrates this.

This year is shameful in a lot of respects – this year, especially near the end of the year, saw a crop of fantastic films and terrific performances and great screenplays – but Oscar chose to shine a light 13 times on The Curious Case of Benjamin Button – a technically very good movie, but a cold, distancing film that is almost impossible to love – hard to sit through even once because of its length and ponderous pacing, and filled to the brim with fancy computer generated imagery that is often distracting the attention from the story, whatever that story is.

Brad Pitt is a lovely guy, wonderful fellow to talk to and a serious guy when it comes to his work – but his performance in this film is just good – there is nothing great or over exemplary in it. Hold his performance as Benjamin Button up against Benicio Del Toro‘s performance as Ernesto Che Gueverra in Che and you will see the difference between performing and true acting technique expertise.

Who got nominated? Well, who will be photographed more on the red carpet? Benjamin Button was also nominated for a ton of Golden Globes – it won nothing. I doubt the same will be said the day after the Oscars but the figure will certainly be a low one (to be counted on the fingers of one hand leaving out the thumb and pinky).

The Dark Knight was easily one of the best films of the year – not a great action movie, not a great comic book movie – one of the best movies period. Terrific writing, technically wonderful, acting by serious pros that was not just fun to watch but a clinic for young actors to behold. Directing that was intelligent and thoughtful. But apart from Heath Ledger‘s well deserved nomination – all the other nominations for The Dark Knight are technical in nature.

The Dark Knight is the second biggest film of all time and one of the best reviewed films of the year – the biggest film of all time won virtually every Oscar it was nominated for even though it was considered hokey and poorly acted and atrociously written. But Titanic was the first film to pass the one billion dollar mark at the box office – and that has to be worth several Oscars for that reason alone. The Dark Knight should be on the Best Picture list, should be on the Best Director list… at least.

Let me state right here and now, Slumdog Millionaire will win Best Picture – not because it was the best movie of the year – but it is a lovely little movie that provides that perfect David vs. Goliath thing that Oscar loves – Danny Boyle is a wonderful director, the movie is small and well made and effecting but it has been the hype and the “little movie that could” campaign that will win the day.

Now to Mickey Rourke – the winner of the Best Actor Oscar this year for sure as well – another comeback kid. I doubted that he would win, I knew he would be nominated, because of all the doors he kicked shut behind him – but his recent Golden Globe win has put him in a whole new light. Rourke is a contrition filled washed out guy who is asking for a second chance – asking for a second chance with a sterling calling card in The Wrestler – a dark, harsh, haunting movie that he is brilliant in. His performance is also a message to Hollywood saying simply – “I’m sorry Hollywood, I’m sorry for being such an asshole.”

The Best Original Song category is also a mystery – no Bruce Springsteen for his lovely and appropriate ballad “The Wrestler” – but two of the Slumdog Millionaire songs nominated out of the three, not five for some reason, nominated song – with the third being from Wall-E.

Which brings me to a dark horse entry that really shouldn’t be referred to as that at all – Frost/Nixon. It is a Ron Howard film but it doesn’t really feel like a Ron Howard film which is why his nomination for Best Director is both deserved and interesting.

This Ron Howard film is small and tight – there is no writer like Akiva Goldsman attached to it to give it a Hollywood bullshit feel (like he does with every screenplay he writes, a number of them for Howard). This is just a brilliantly written, intelligent, well acted film about a curious little footnote to history.

The film is not doing boffo box office because a little drama about an interview session between David Frost and Richard Nixon is not exactly the kind of thing that sets the box-office ablaze – but in this film is one of the best performances of the year, of the last five years.

Frank Langella, a large framed, handsome man, transforms himself into the short, shrewish, unattractive Richard Nixon right before our eyes. Langella perfectly captures the petty corruption that took down the most powerful man in the world at the time. At 70 years young Frank Langella has delivered the finest screen performance of a long and distinguished career – and if the Oscars were purely about artistic merit – the scene would unfold thus – “And the winner is… Frank Langella…”

There is something interesting about this year’s Oscars – the telecast I mean – and that is the inclusion of Hugh Jackman as the host.

When that was announced a lot of people went “huh – Hugh Jackman?” But the fact is that Hugh Jackman a perfect choice – he is a song and dance man extraordinaire having proved that in his Tony winning performance playing Peter Allen on Broadway. Jackman hosted the Tony Awards telecast – and he is a terrific actor in Hollywood films – I think he will be great. Let’s just hope he isn’t forced to utter lame-o jokes for three hours – let’s hope he is there to add a big of dignity to the ceremony.

There is a curse that comes with the Best Supporting Actor/Actress categories – the winners of such often find their careers sputtering and wavering all over the place. For brother Heath his curse came prior to the Oscars so his easy and deserved win will not matter in the least – it is a righteous and fitting tribute to a soaring mercurial talent wasn’t fully realized before it vanished.

The Best Supporting Actress category has Marisa Tomei in it for The Wrestler – proof positive of the curse – after the win for My Cousin Vinnie – nothing. Maybe she will be the Part II version of the comeback kid story of The Wrestler – but I would put my money on Penelope Cruz for her terrific performance in Woody Allen‘s underrated Vicki Christina Barcelona.

It used to be said that an Oscar win increases your salary times ten if you are an actor or director (which means if true, and if Brad Pitt wins, his price-per-film would rise to $200 million) and it was said to add another $75 million to the box-office take of any Best Picture win. But those stats no longer hold – generally speaking every film nominated will be out on DVD before the awards are given out anyway so a theatrical re-release is pointless – most of the films nominated have either had their theatrical run or were dumped into theatre for a token weekend or week just to qualify for the awards.

So what it seems to come down to is that Oscar is now a fading TV star – and who he attaches himself to as a winner now gets pretty much bragging rights for awhile and very little else. But what the hell, they are still fun to argue about.