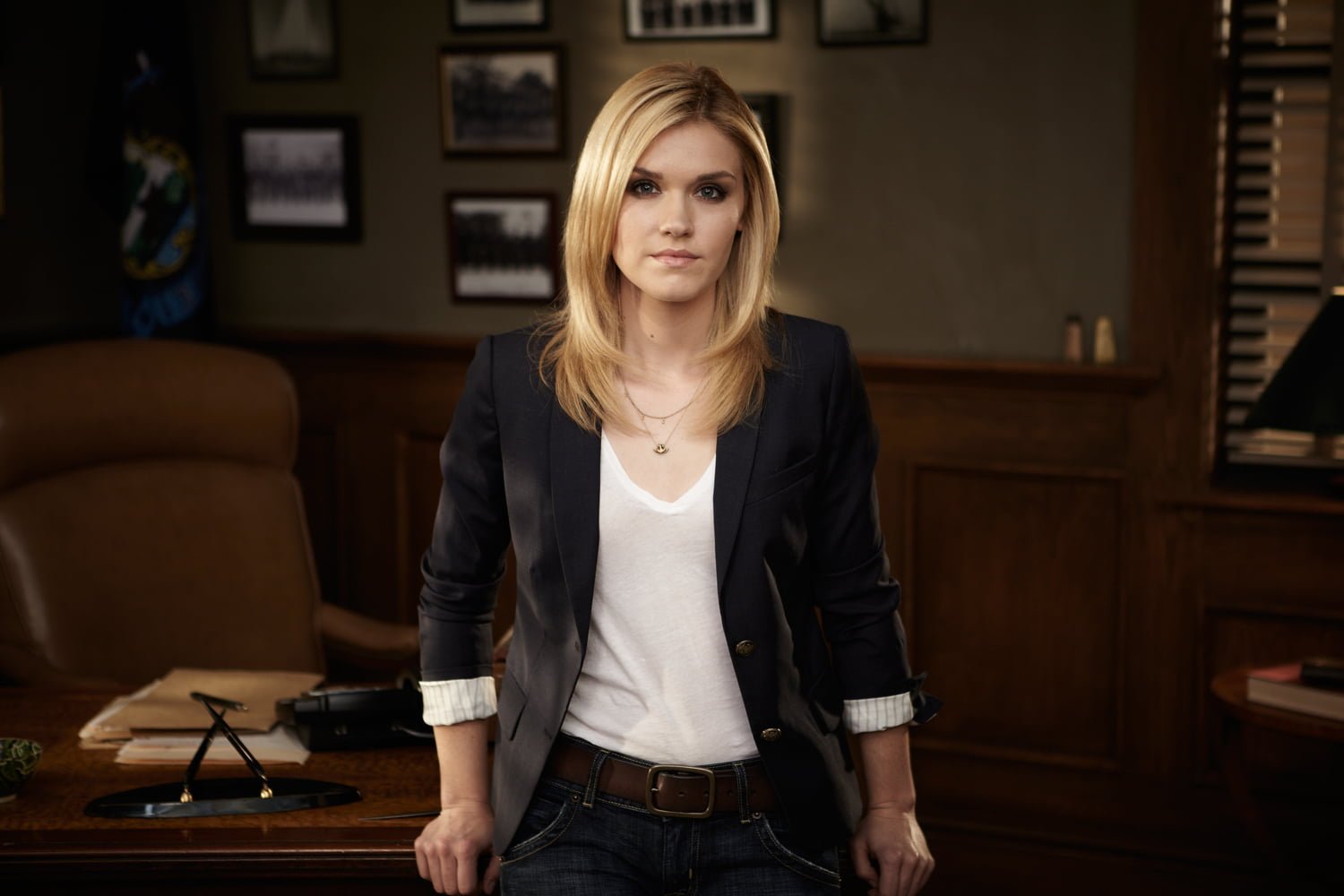 In the supernatural drama Haven, actress Emily Rose stars as FBI agent Audrey Parker, a woman with a strange past who finds herself taking on unnatural forces in the town of Haven, Maine.

When I spoke to her a few weeks ago, Rose was sitting in her trailer in Chester, Nova Scotia where she was taking a break from filming the upcoming new season of the series. Here’s what she had to say about the first season of Haven, what it’s like playing a character with an almost completely unknown past, and what viewers can expect from the new season.

Andrew:Could you tell me a little bit about season one? A lot of people are going to be coming into the show now that’s it’s arriving on DVD, so maybe you can explain a bit about the concept.

Emily: “It’s definitely worth it. I mean, anyone can pop into season two and will feel right at home, but the great benefit of season one is that it sets up a lot of the mythology and mystery for each of the main characters that we’re following.”

“Haven, Maine is this small little town that’s experiencing these things that we refer to as ‘Troubles’ that affect the people that live there and they’re maybe as a result of something emotional that [some people are] going through. And I play this character of Audrey Parker who is an FBI agent who comes to town to solve this weird mystery… [Audrey] doesn’t have any family or roots, but she ends up finding out that she has this connection to this place. Not only that, but she has a knack for working with these troubled people and helping solve a bit of what is really going down [in Haven].”

“So, the first season is about Audrey discovering a bit about the place… and the second season really questioning who she is as a woman.”

Andrew:And there are questions since she doesn’t exactly know her past…

Emily: “Yeah, I think a lot of actors get the luxury–I’m realizing it’s a luxury now–of having a history, of having stuff that they can grab on to and say, ‘Oh, these were my parents and this was my child hood,’ and for Audrey Parker she was raised in the foster care system and she didn’t even find a home there really.

“[She] worked really, really hard to develop something to prove that she was someone of importance, like a lot of us do in the work place, and excelled at the FBI work and training. When she arrived in Haven, it’s the first time that she’s able to have some sort of lead into the mystery of her own life and she really takes that to heart when she’s there and settles in… until the Pandora’s Box, if you will, begins to open and it gets a little freaky.”

Andrew:What did you use then to kind of build your character? I mean, obviously you have great scripts, but what kind of references did you use to build this character when you don’t have a big past yet to grow on?

Emily: “Something I’ve learned from the short time that I’ve been working, and when I studied, was to really pay attention–to be really aware of what I was feeling about a situation in a given moment. You know, it’s frustrating when you go to start a character and to solve a character and to begin to outline a character and step in the shoes of it to not have all the pieces that you want to fill in all those colours.”

“You take what you can and then you hunt for the rest of the pieces and I feel like that was a great asset to me as Audrey because she was just as frustrated that nobody can give her the answers. She’s just as frustrated that she doesn’t know where things are going. So she does the only thing that she knows how to do and I felt like that’s what I had to do, and that was to do the research that I could on what I knew. Whether it is what it’s like to be a woman in the FBI or what it’s like to come to a small town to film this [series] in Chester, Nova Scotia…”

Haven co-stars Lucas Bryant as Nathan Wuornos, Eric Balfour as Duke Crocker, and Nicholas Campbell as Garland Wuornos. You can pick up season one of Haven now on DVD and Blu-ray from eOne Entertainment and the second season of the series debuts on Showcase in Canada on Monday, July 18 at 10:00 PM (ET/PT).

You can also catch Rose reprising her role as Elena Fisher this November 1 in the latest PlayStation 3 sequel, Uncharted 3: Drake’s Deception.