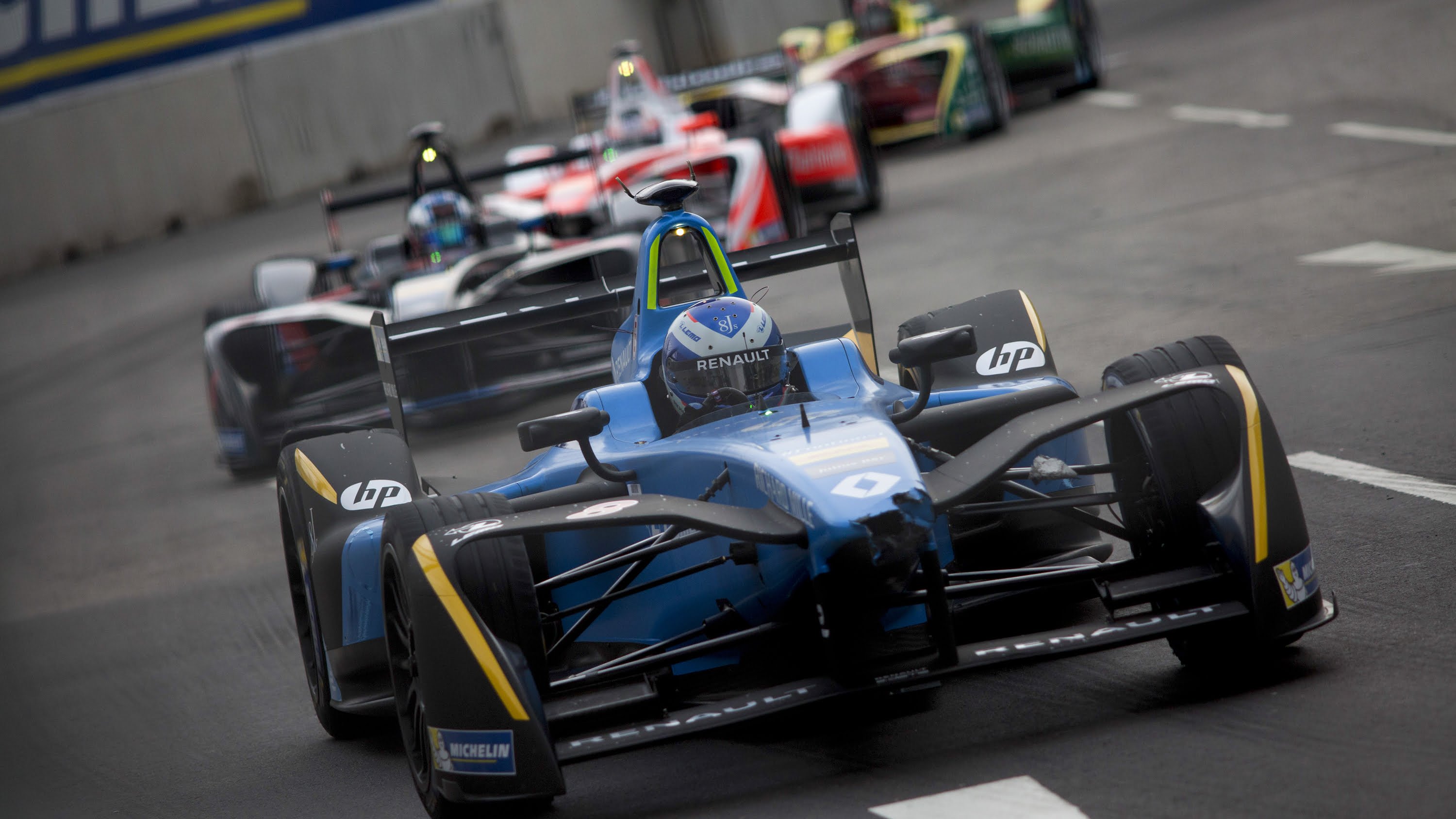 The third season of the FIA Formula E Championship kicked off in Hong Kong earlier this month with the HKT Hong Kong ePrix, bringing the racing series to the iconic island waterfront, and featuring ten teams, 20 drivers, and thousands of racing fans. The Formula E is turning heads around the globe, exciting fans, and making it clear that electric cars are finally a reality that could help turn driving green.

Renault e.dams driver and last season’s Formula E racing champion, Sebastien Buemi, drove away with the win after a tough race that included multiple crashes and a few technical issues for the teams, which made it an exciting race to say the least.

Taking over the Central Harbourfront beside the Hong Kong Observation Wheel, the 45-lap sold-out race focused on not just the racing, but the future of electric vehicles, and the green technology that means zero emissions for a city that is trying to revolutionize the roads and their impact on the environment. That focus on the environment, and the future of driving, comes from the top down too, all the way from the racing organization, the partners, and the local organizers, to the drivers, and attendees. 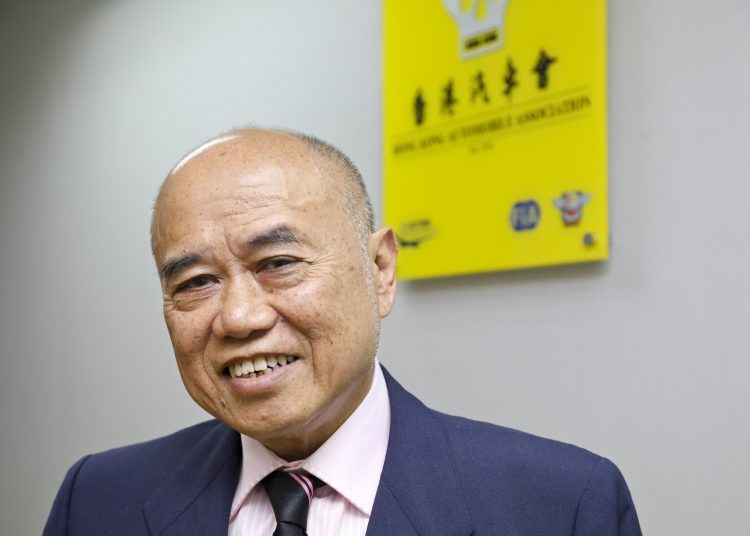 “Autosport is nothing new for Hong Kong,” said Hong Kong Automobile Association president Lawrence Yu Kam-Kee, noting that, because of the city’s British tradition, Hong Kong was involved in motorsport earlier than any other Asian country.

Yu joked about the fact that it took some convincing to get the government on board with the race, since it meant having cars racing near major intersections of Hong Kong Island, but he pointed out that the government and city support were integral to making the race possible: from traffic, fire and medical services, down to the waterfront organization. “We had to build it piece-by-piece and bit-by-bit,” from control towers to spectator stands–it took a lot of effort to bring the race together for the first year in Hong Kong.

“You must have the background, the history, the tradition,” Yu also said, to make racing successful, and that’s why he believes that the Hong Kong ePrix will do so well in the future too, because the city has that tradition of racing that will excite fans and bring in tourists from far and wide.

Mr. Yu also pushed to have a supporting day of activities on Saturday, October 8, before the race on October 9, which helped turn the weekend into a small festival that included music, a fan e-village, gala dinner, an e-touring challenge, charity parade, and a self-driving robotic race demonstration.

There is more to it than just the race and events though. Yu says it’s about looking forward too.

“Hong Kong is an ideal place, or an ideal city, to have nothing but electric cars. Not because we are smarter, but because we are smaller,” Yu said. “We need electric cars also because of the pollution in the streets. It’s not as bad as [other parts of] China, but it’s still bad. I think the government really understands that this [environmental change] really needs to happen.” 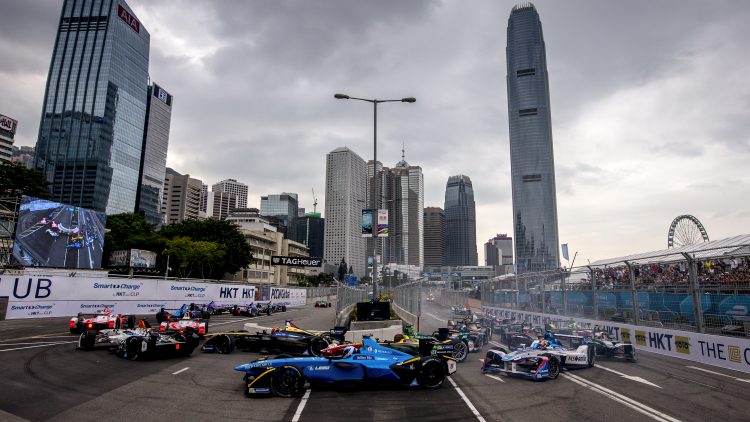 “This is a world-class city where we are demonstrating the most innovative technology using the competitive nature of racing,” said Ali Russell, Chief Marketing Officer of FIA Formula E.

“We see this technology moving into all electric vehicles, for car manufacturers who are producing these cars. About five or six years ago when we first really started looking at the case for wireless charging we went out and spoke to car companies and asked whether they would be interested in using this developed technology on future products,” says Graeme Davison, Qualcomm’s Vice President, Technology.

“We wondered whether they would shy away from it due to perceived complexities but it is a lot simpler than various plugs and other devices,” said Davison. “Every car manufacturer at a senior level when we presented this said it was perfect. Ultimately it’s about freedom and parking the vehicle and thinking plugs are all we had. This was something we had to do in our old lifestyle. If we can get the EV to be similar to an internal combustion engine from a user perspective then that would be quite an achievement.” 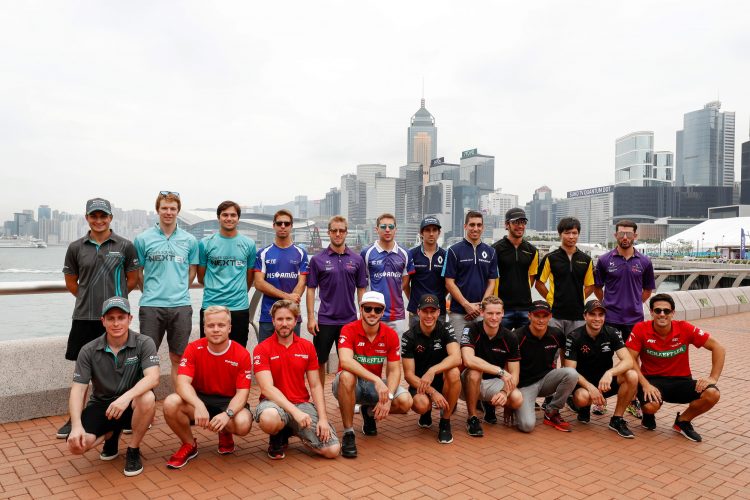 On the track, there are some surprising differences right now between Formula E and other types of races.

For one thing, teams have two cars for the race since batteries in a single car would not be able to survive a full racing circuit otherwise. Teams also have a range of different technical complexities to contend with, including making the most of the battery charge, right down to the last one or two percent based on what happened at the Hong Kong ePrix.

There were a lot of crashes in the first 20 minutes too. The first lap alone included around a dozen crashes, hits, and other incidents, and one crash even meant that a driver in the lead lost his position because his teammate crashed. These kinds of issues can happen in any race, but when you mix in the need to change cars, and the demands of the battery, it makes for a race like no other.

By the fifth season, it’s expected that batteries will be able to last throughout the entire race, but that is still a couple of years away, so for now the race will be a bit more complex.

Beyond the technology and the strategy, the teams and the companies involved are changing too.

New teams this season include Jaguar and Hong Kong team Techeetah, while Mercedes are going to join in the fifth season.

Audi and BMW are also involved as partners to existing teams. Audi is working alongside ABT Schaeffler, while BMW are working with Andretti Formula E.

Audi has even gone so far as to give up on the Le Mans race just to focus on Formula E.

FIA Formula E includes 12 races around the globe, moving on to Marrakesh next in November, and with four final races wrapping up the season in New York City and then Montreal, Quebec.

Above all, after the race in Hong Kong, and seeing what the competition is like, it’s easy to see why Formula E is one of the more exciting races in the world like few others. It’s on the edge of innovation, the race is constantly in flux, and there’s a future ahead that is going to be fascinating to watch, especially as it impacts our driving culture around the world, and brings electric cars to the streets of the world. 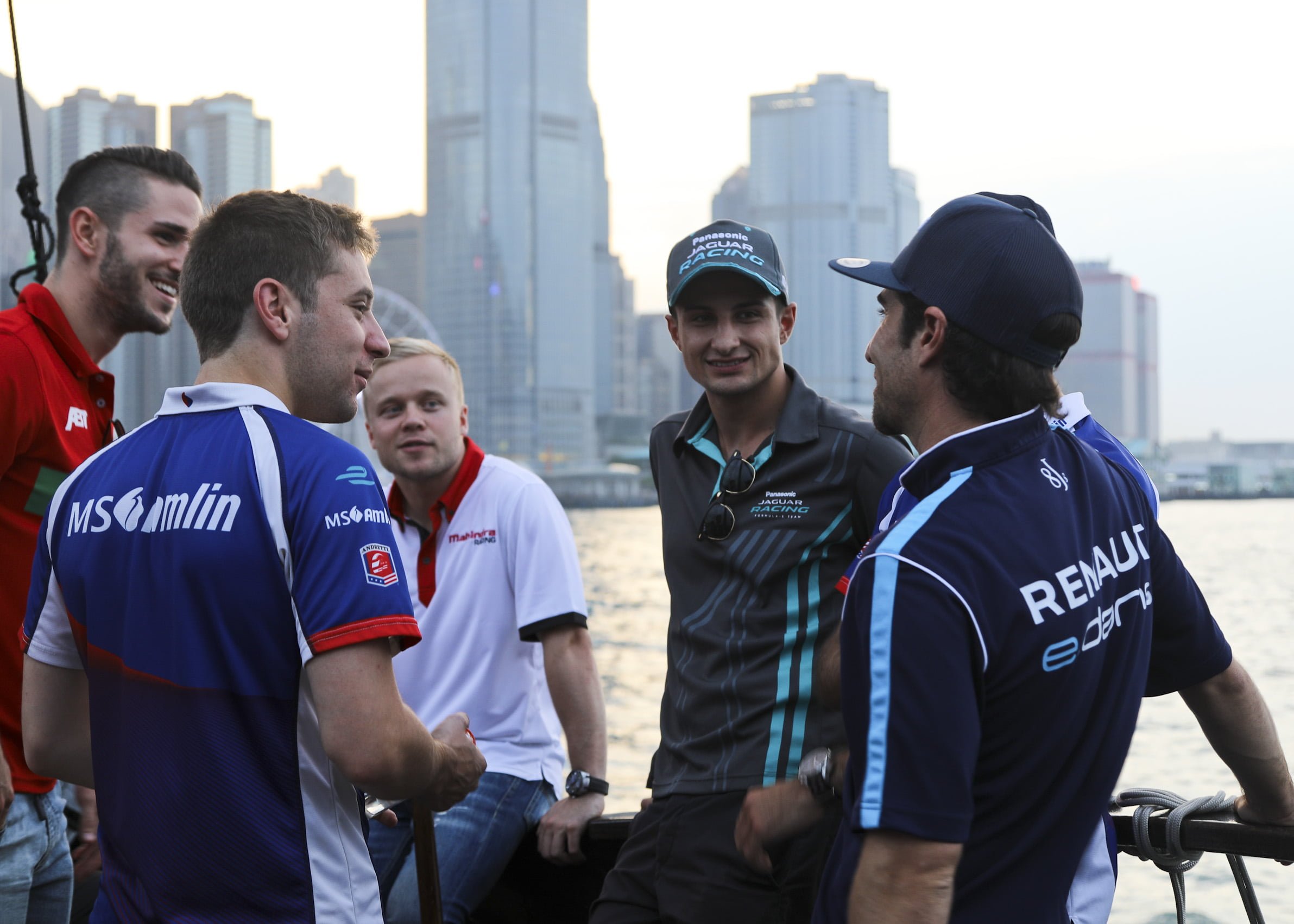 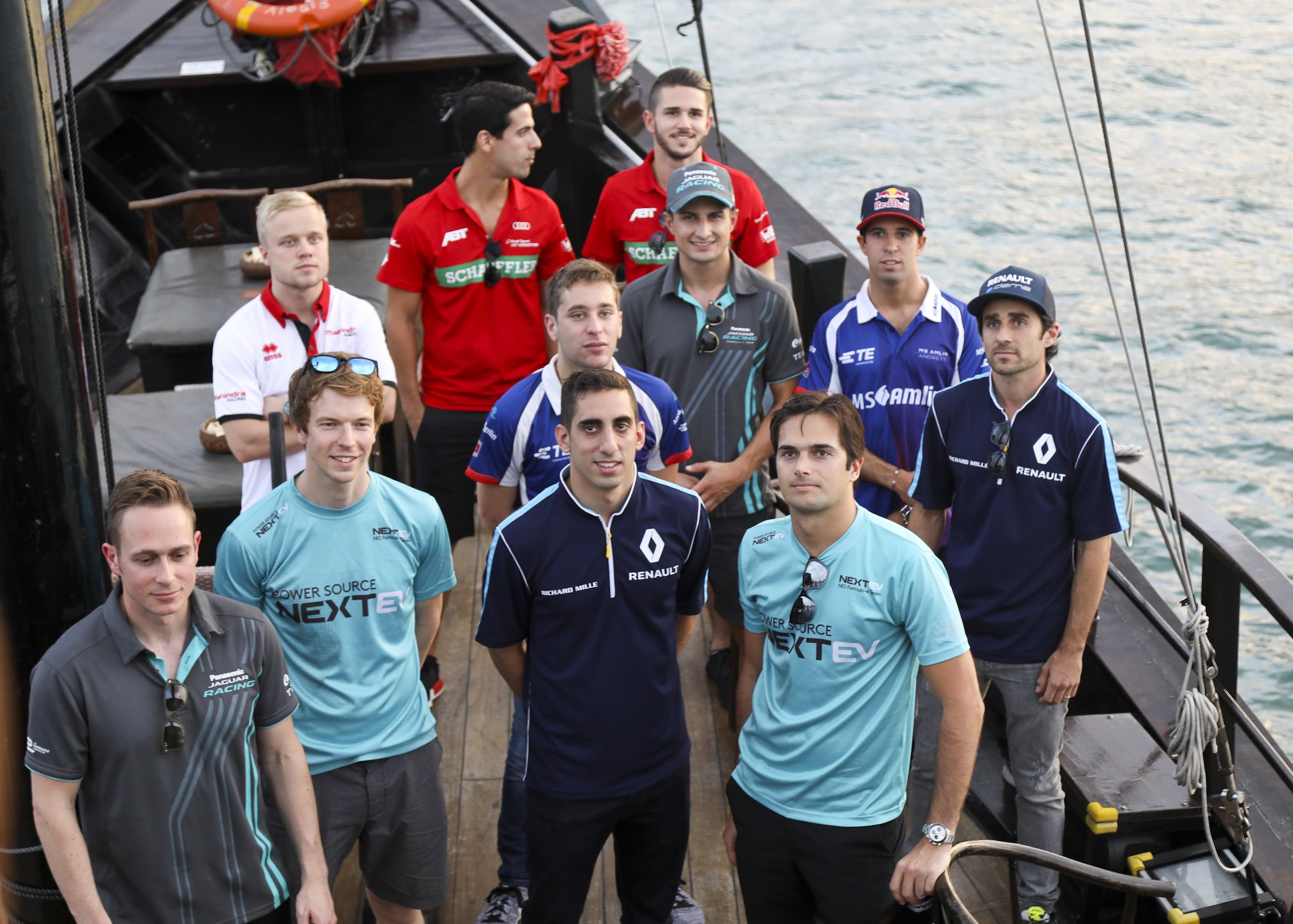 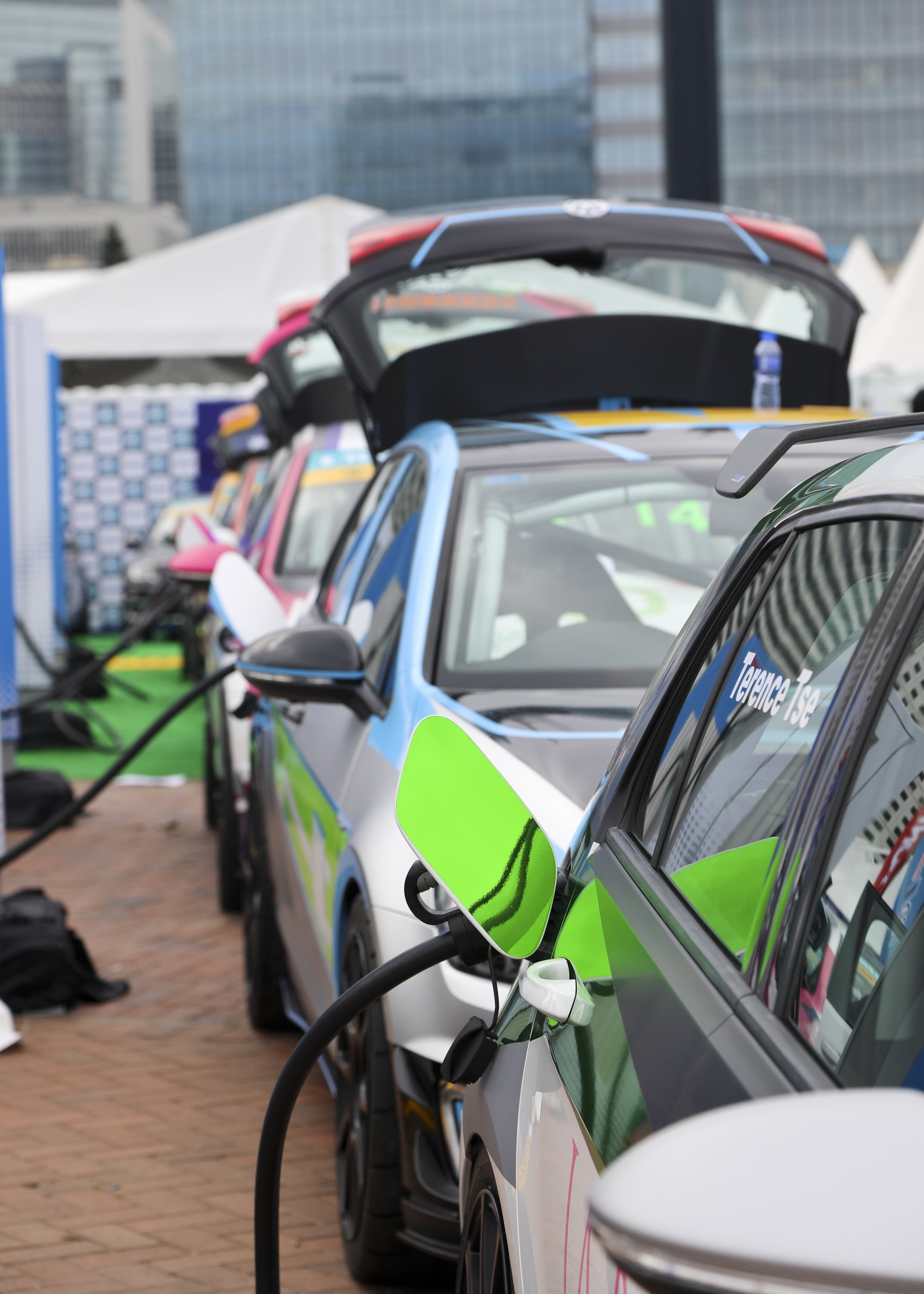 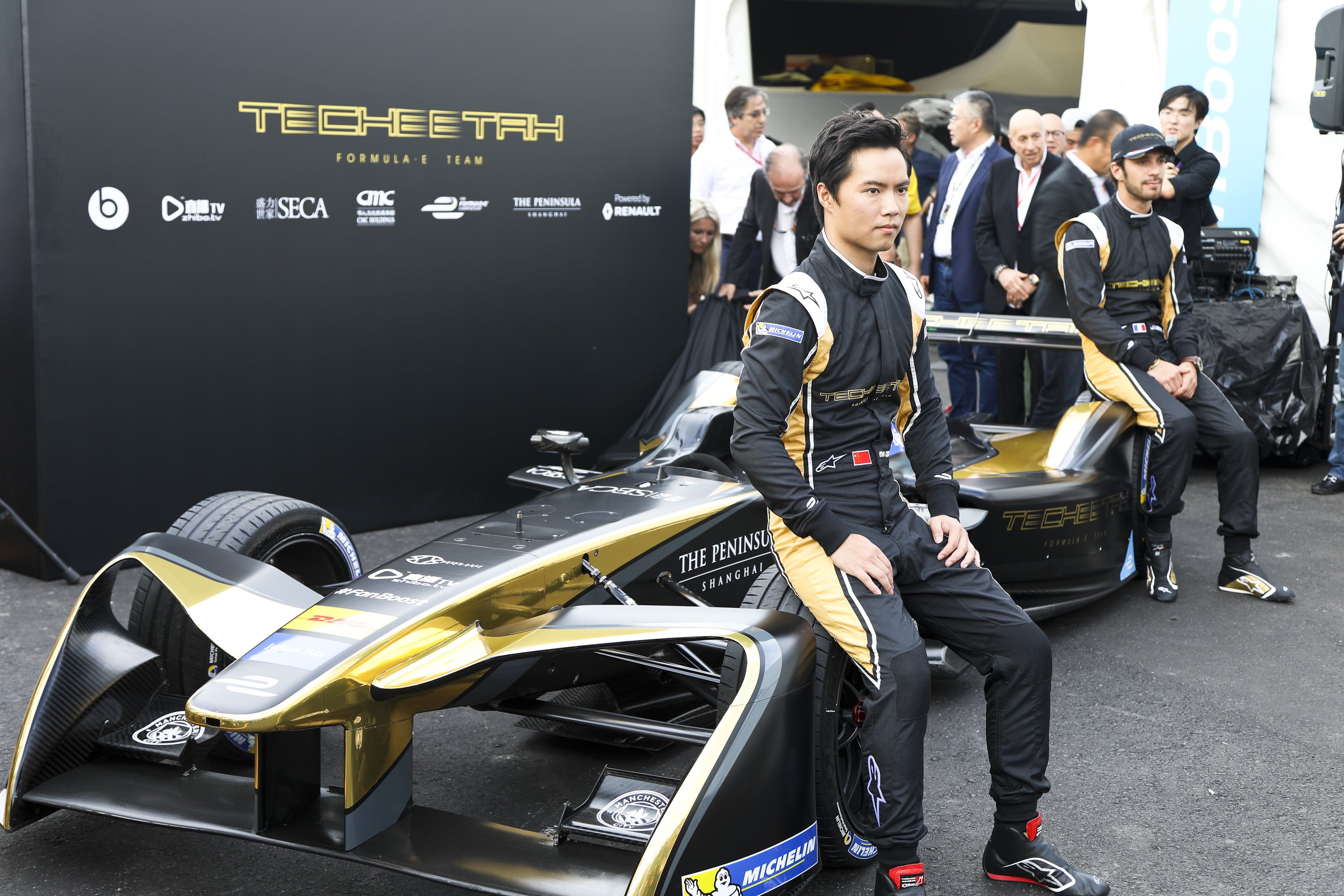 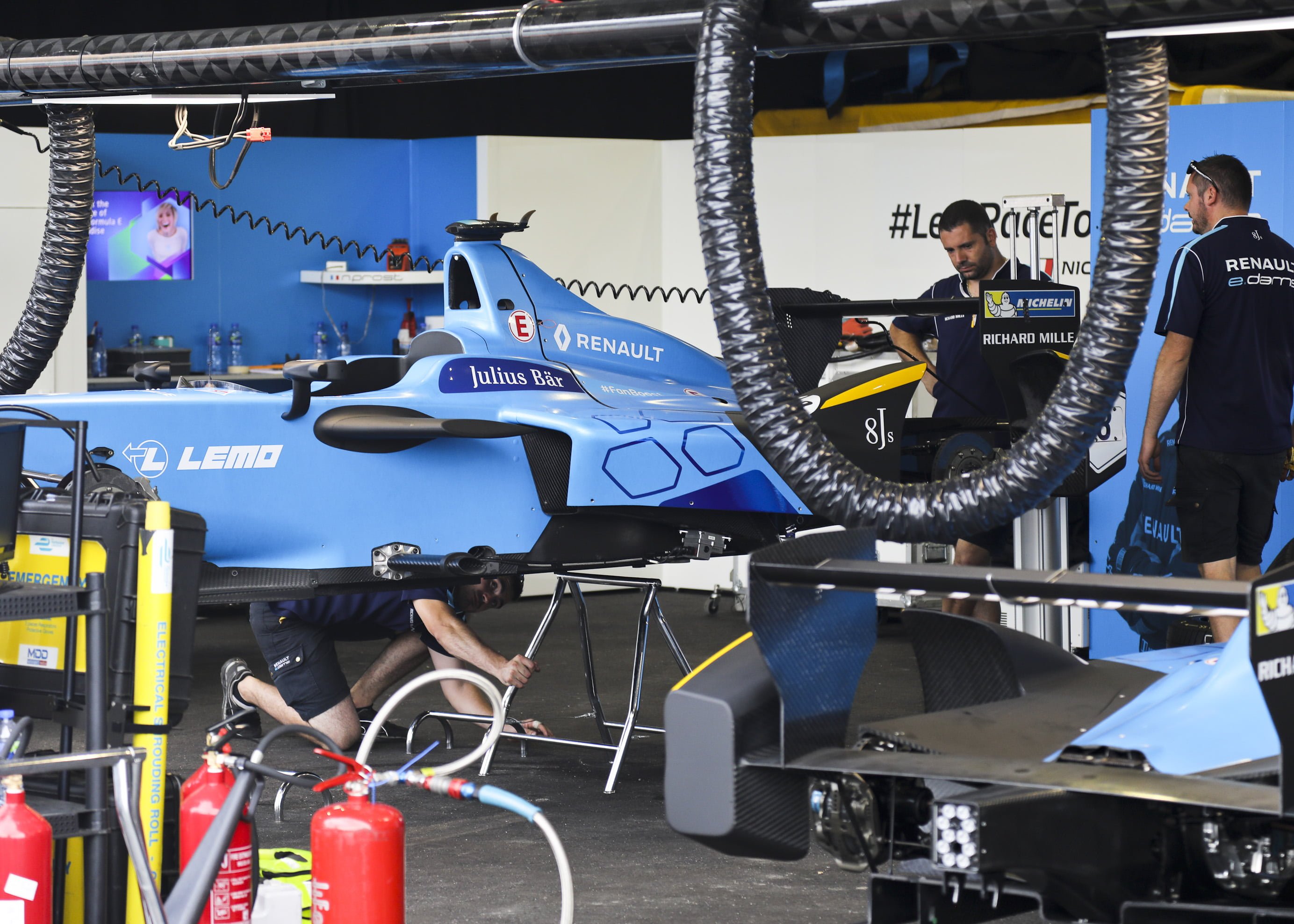 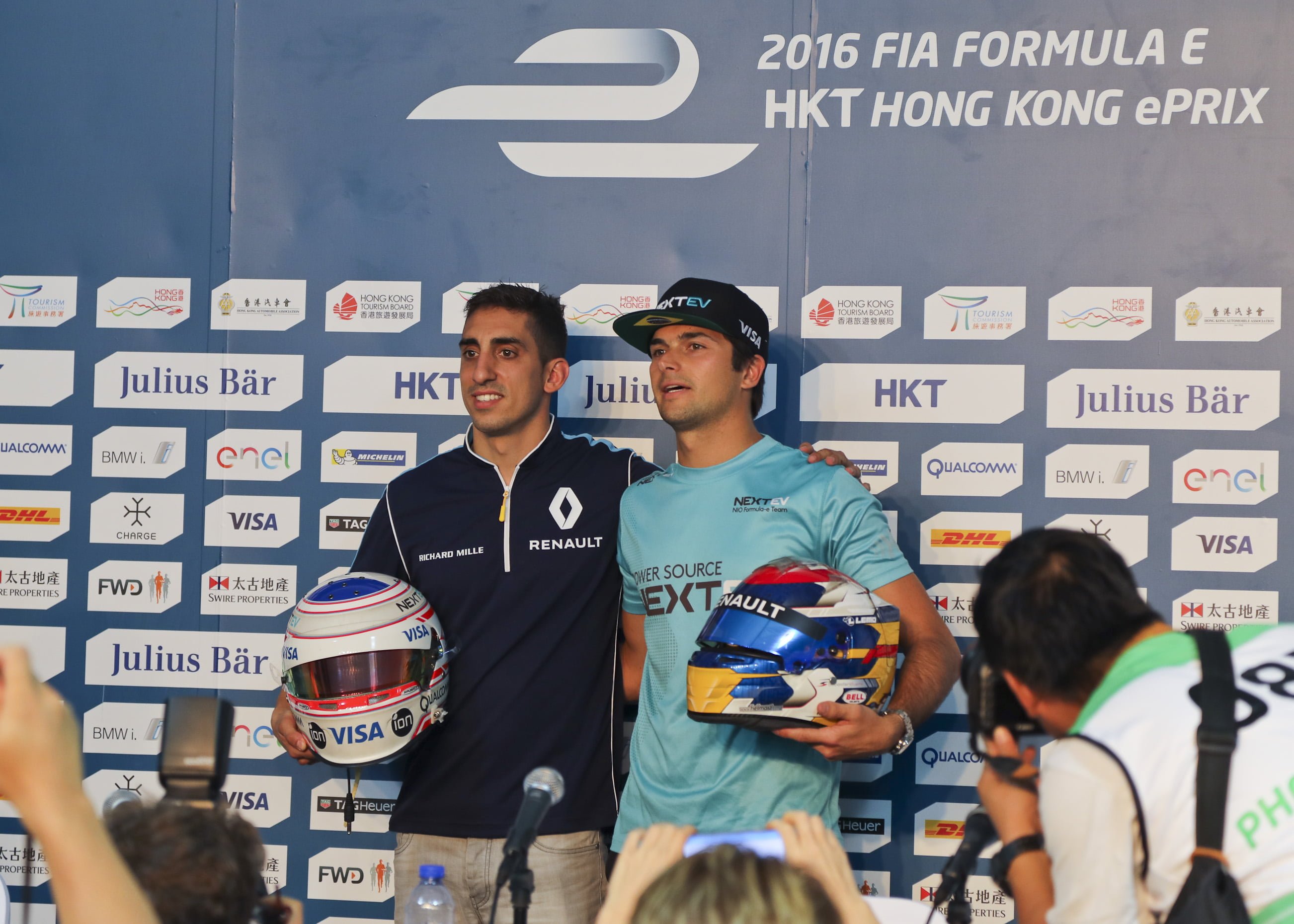 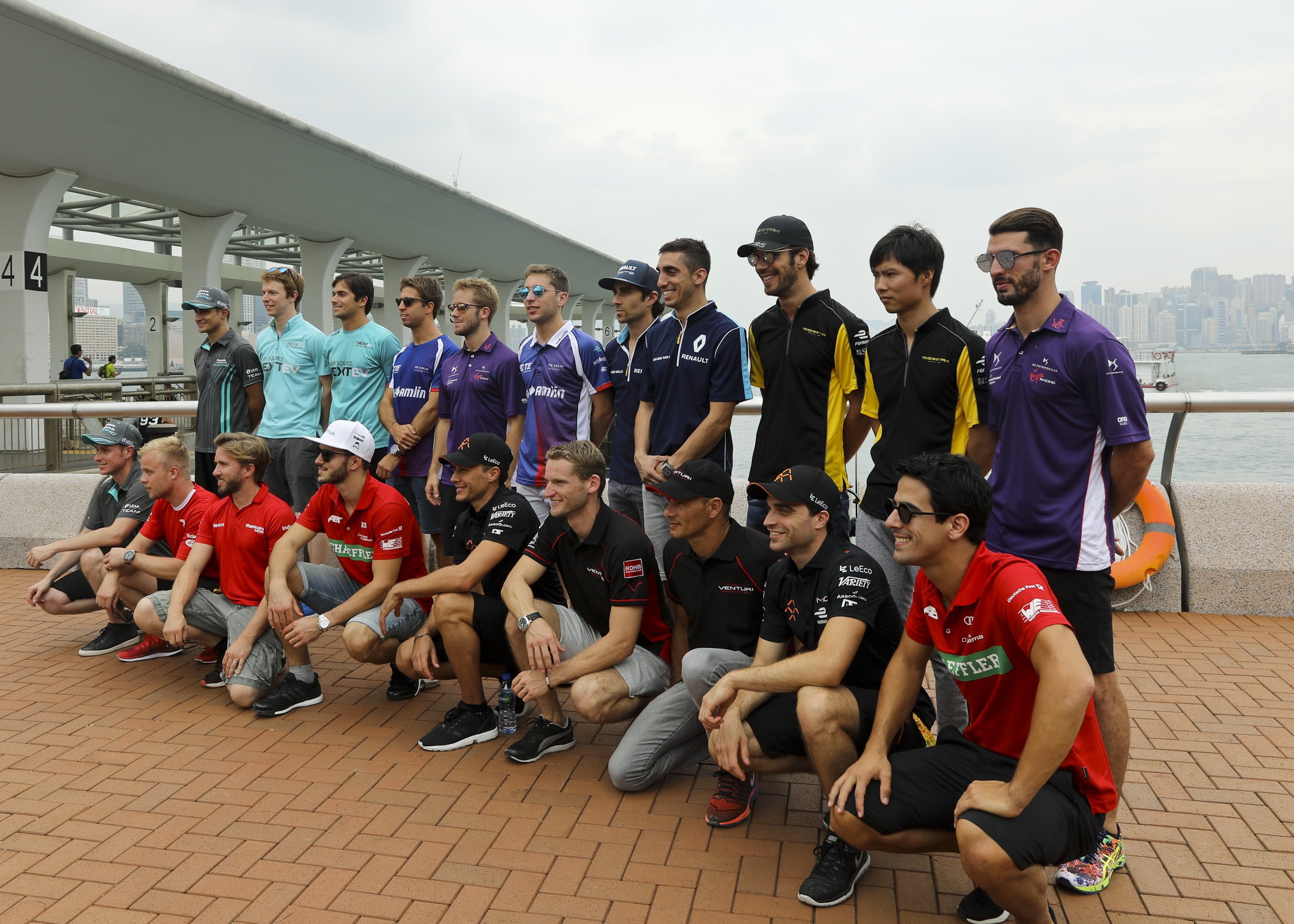 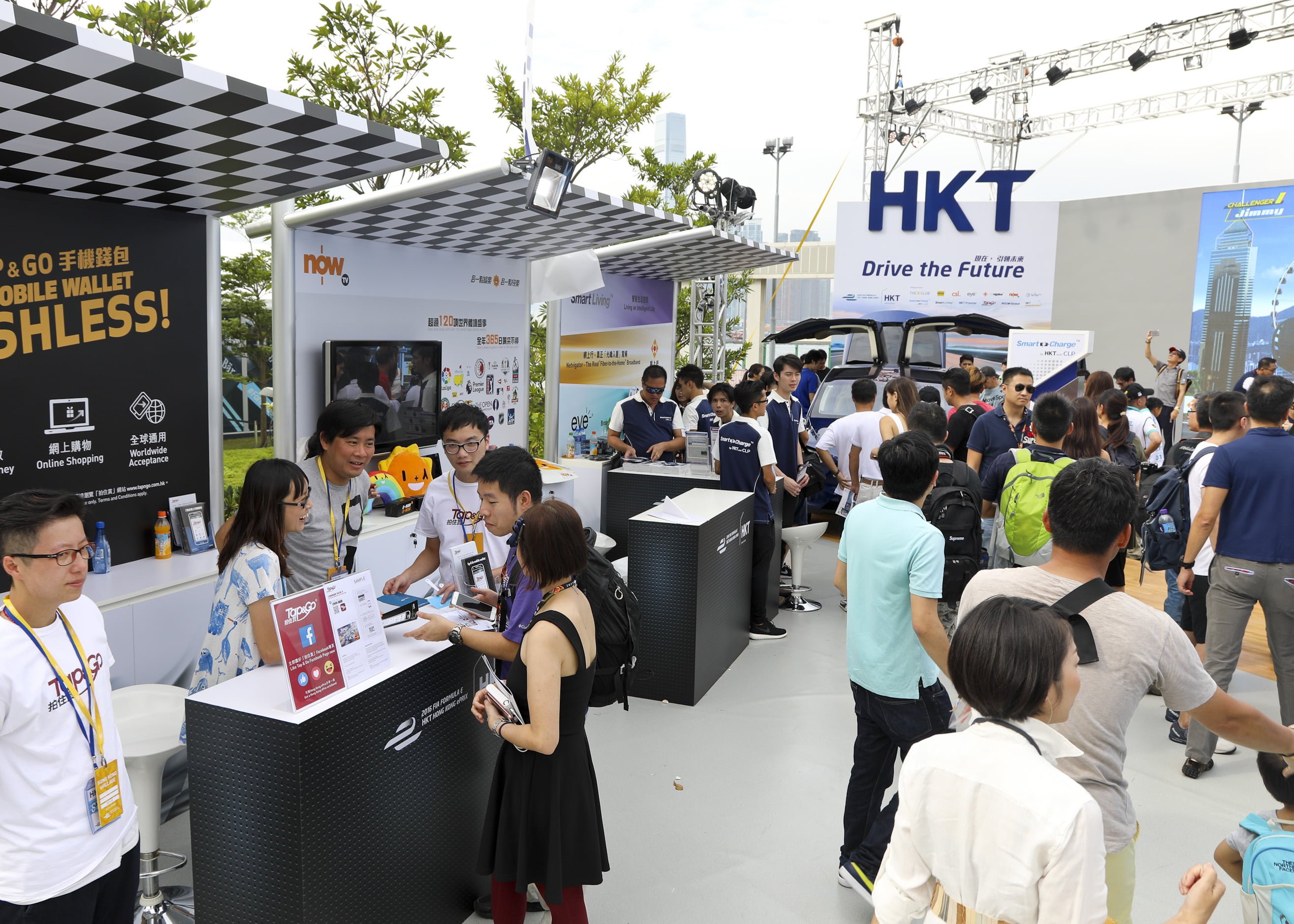 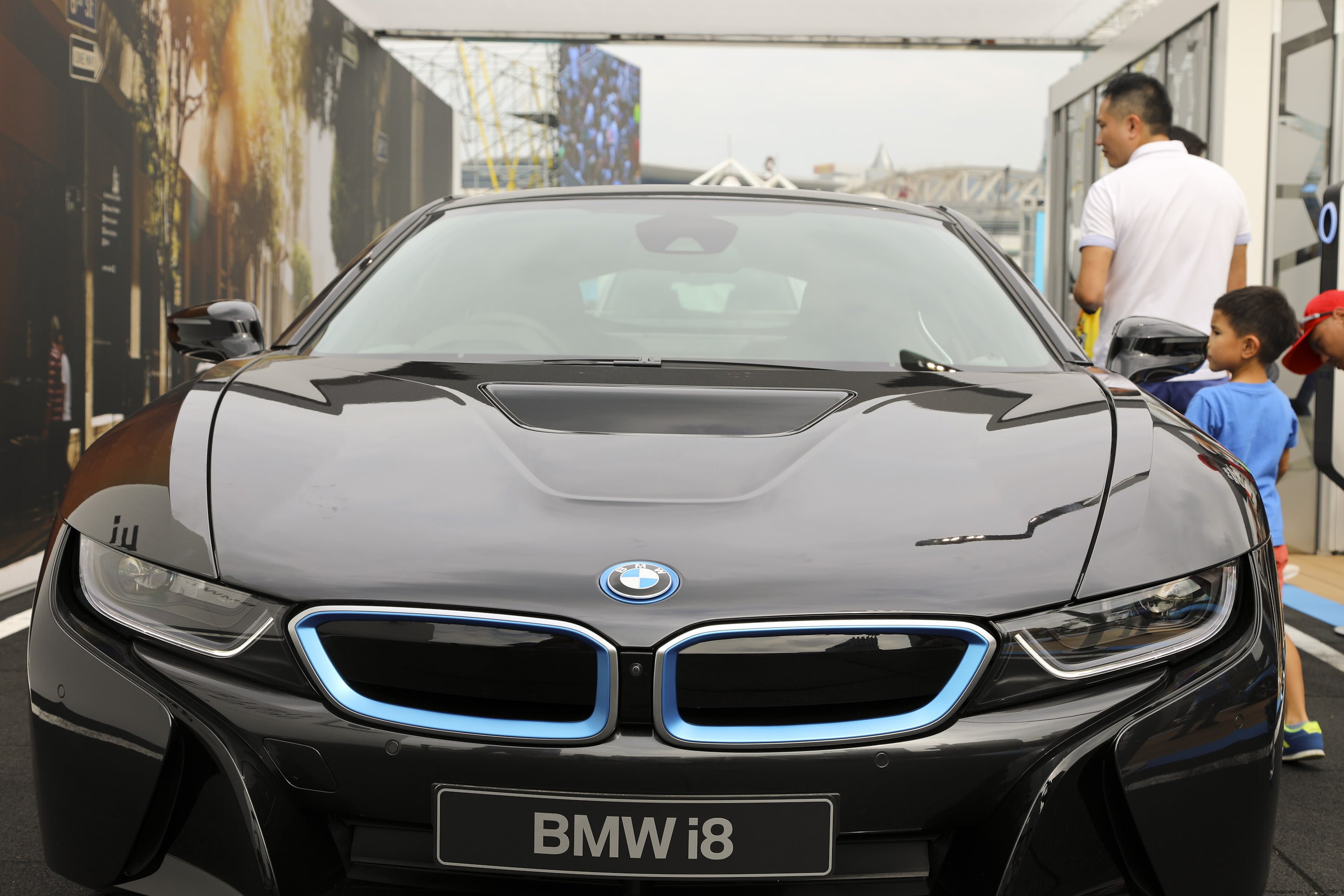 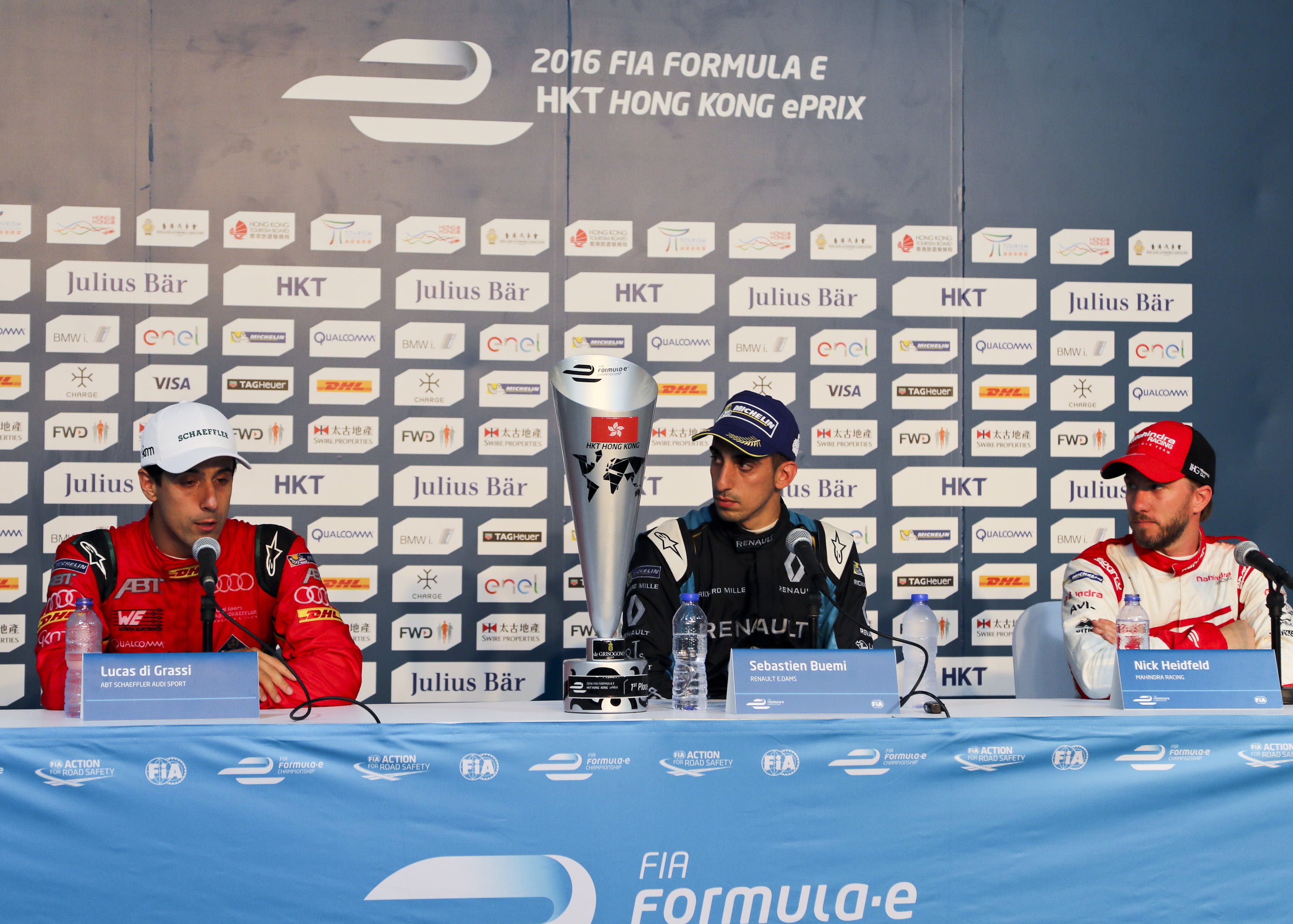 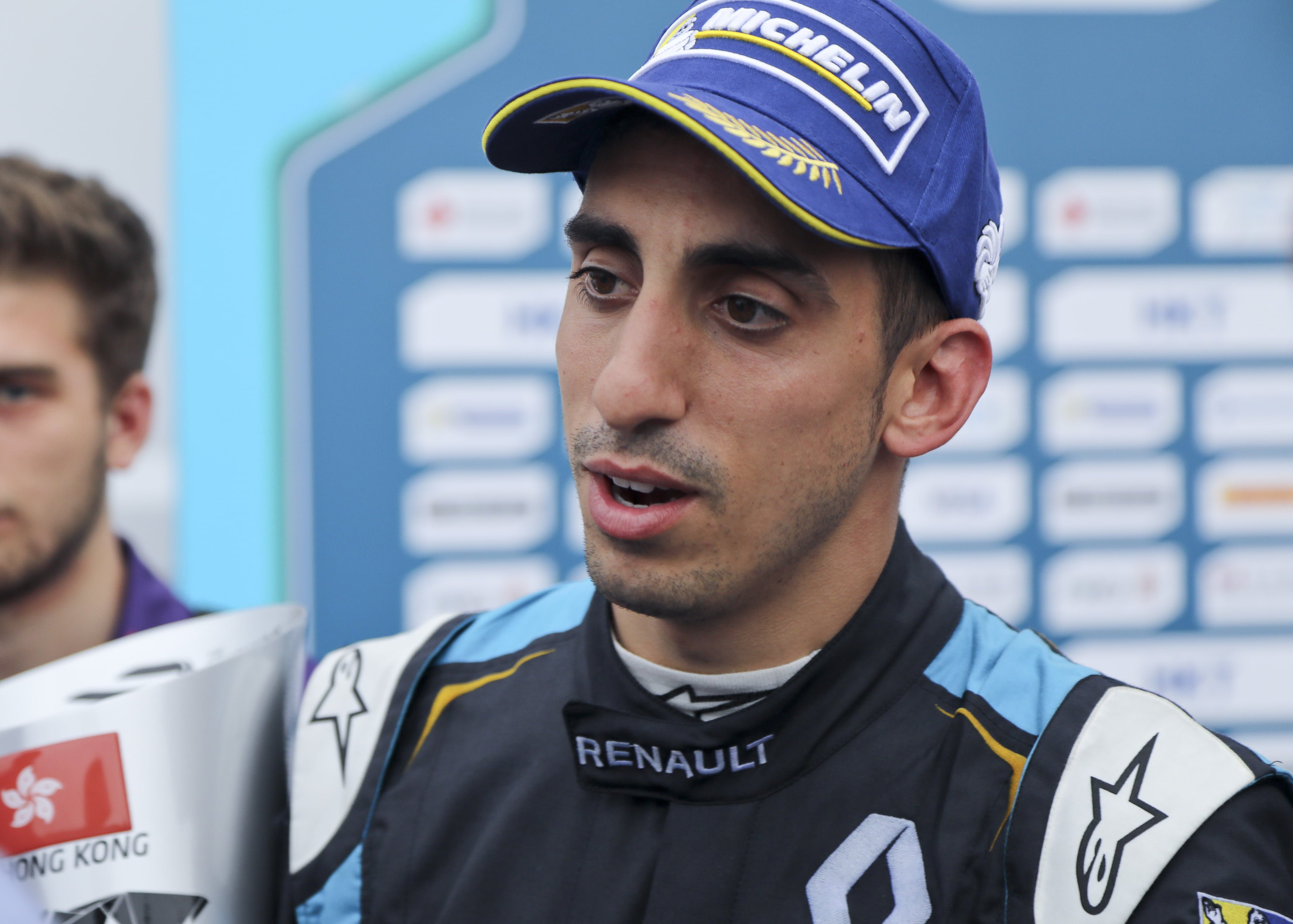