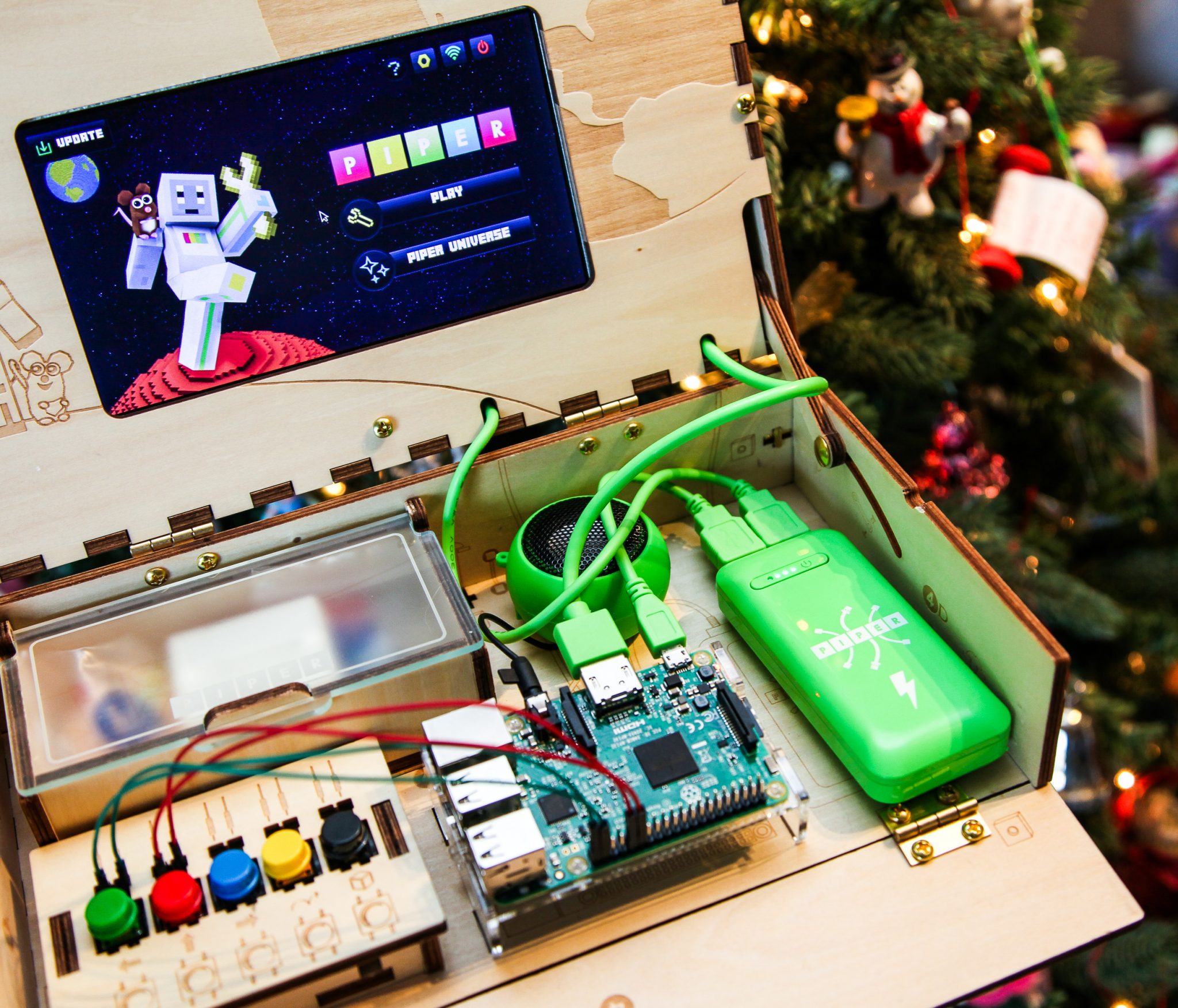 The holidays are nearly here, and if you need a few special gift ideas for the children in your life, I’ve got five gift ideas for kids that will bring a smile to their faces. My top kid-themed gift ideas, that I’ve also tried and reviewed here, include Barbie, Imaginext, Piper, Blockitecture, and a book by Hannah Alper.

Piper Computer Kit | $299 US
The Piper Computer Kit looks a little bit like a toy, but it’s much more than that. While you can play Minecraft on the computer, once you put it together, the Piper opens up a world of possibilities that can help teach your kids the fundamentals of programming thanks to STEM (Science, technology, engineering, and mathematics) education. As a lot of educators have suggested, it’s never too early to start kids with STEM either.

Once you get your Piper kit, the fun and challenge starts by putting it together. The DIY kit comes with everything you need: a wooden box to assemble, all the electronics you need including a Raspberry Pi pre-loaded with a special version of Minecraft, and lights, buttons, and switches to learn how to connect and build on events in the game.

The box is simple and intuitive to piece together, and then you place the components in pre-marked positions and connect them. The box includes a power supply that you charge up, as well as a chargeable speaker, and once it’s ready to go, you can power up your Piper and start playing. The Minecraft game itself is actually how you start building the rest of the computer kit, and you will add buttons and other switches and even lights as you progress in the game.

Piper really impressed me from the moment I opened the kit and turned it on, and my little one–who is only 4–was instantly interested in not only playing the game, but building the computer. It’s an amazing thing to see your child learning about circuits, wires, and even the fundamentals of building from a game, and it’s perfect for kids as young as 5-years-old, and up to about 13. Find out more about Piper at buildpiper.com. 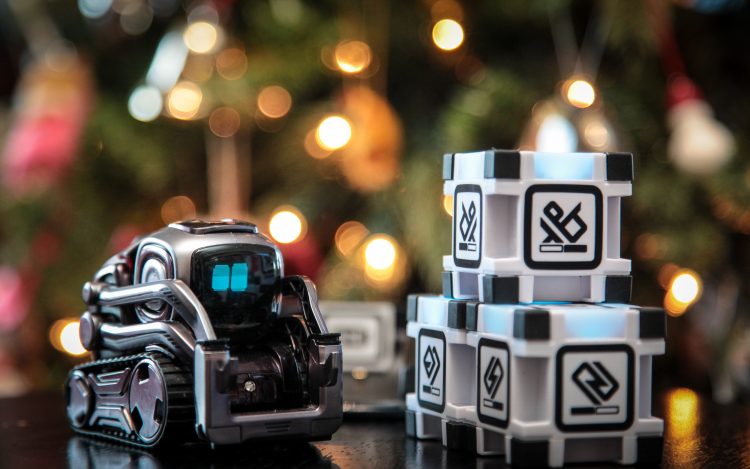 Cozmo may look little, but he’s got a lot of personality, and he’s a lot of fun. The new Cozmo Collector’s Edition for 2017 has a metallic finish, and he not only plays games with you, but the newly released Code Lab for Cozmo means your little one (or perhaps even your bigger kids) can learn the basics of programming, while playing with him.

From the moment you connect him to the app on your phone or tablet, Cozmo comes alive. He has an expressive face, and personality quirks that are adorable, and funny. Cozmo will watch you, respond to you, and he also comes with three special cubes that you use to play with him, “feed” him, and that he can use to do tricks.

When you connect to Cozmo, he needs you to help him with three things: he has a play meter, a feeding meter, and a tune-up meter. After a while, his meters will drop and you need to help feed him, or play with him, or tune-up his system. Each activity will take a few seconds, or a minute or two, and the more you take care of him, the more he advances. Once his meters are full, Cozmo can just explore his surroundings, or you can even take control of him to see the world as he sees it. He also plays games with you, including one where you try and tap one of the touch-sensitive cubes before he taps his.

Cozmo is an incredibly inventive toy, and the new Code Lab let’s you really take control of him by programming a series of actions. He can be programmed to move, do something, pick up a Cube, or any combination of actions, events, and animations.

For kids who want to play and explore and learn at the same time, Cozmo is a fantastic toy, and he’s endearing and fun. 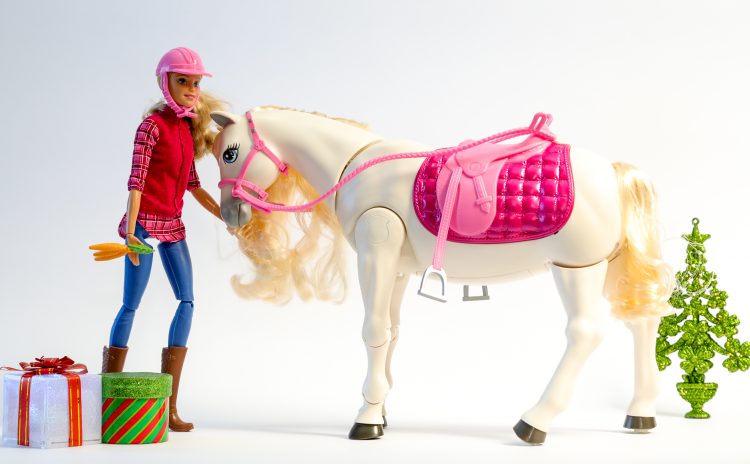 Whether your little one just likes horses, or wants to see Barbie in a whole new way, the Barbie Dreamhorse is a great gift, and it’s incredibly interactive. Barbie comes dressed for horse-back riding with removable boots and a helmet, and the DreamHorse comes with a combable tail and mane, plus a bunch of carrots for snack-time–yes, the horse even nibbles on the carrots.

If I had to pick one favorite feature, it might be the dancing, because it’s so unexpected, but the way the Barbie DreamHorse responds to questions–you can have it nod yes or no–is really pretty fun too. 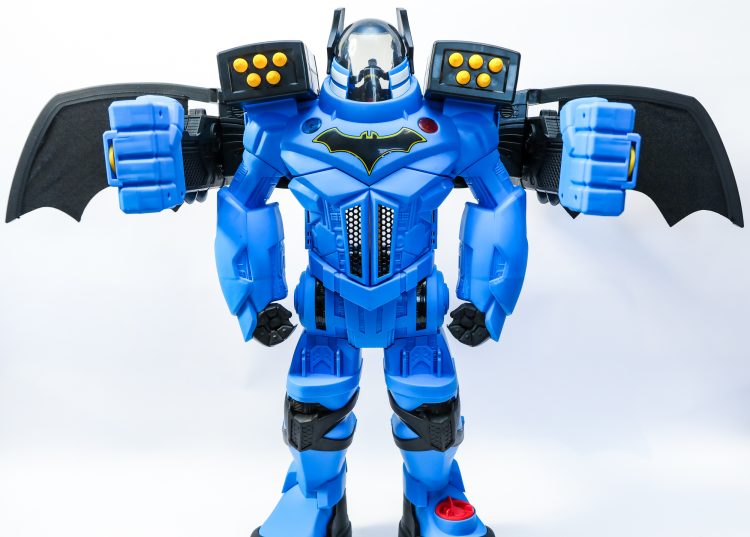 Before the Batbot Xtreme arrived, I really didn’t expect just how big it was going to be, but it’s nearly as tall as my toddler, and that’s a great thing. Next to the little Batman and his mini Batcycle, the scale of the Batbot definitely feels Xtreme, and it offers a lot of room for play and imagination.

For starters, Batman can ride up a little “elevator” inside of the Batbot to arrive in the head, and there are spaces on the back and front of the Batbot where he can take on enemies and other villains. But the Batbot does a lot more too: it has extendable wings and arms, making it even bigger, it includes a voice-changer to speak like a robot, and kids can take control of the Batbot’s weapons–missiles, discs, and punching fists.

With special buttons and dials all over the Batbot, Batman can leap into action for a range of gameplay, and kids can use their other Imaginext figures and toys to stage epic battles. 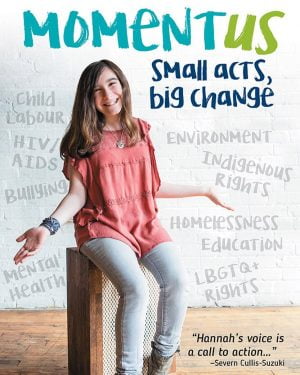 Hannah Alper’s Momentus | $19
Hannah Alper is an amazing young woman, and after numerous achievements over the years, she’s now written her first book to help inspire the next generation of change-makers.

Available on Amazon.ca, Hannah has interviewed some incredible activists, celebrities and youth change-makers for the book, to talk about how anyone can make change in the world. Some of the notable women Hannah interviewed include Nobel Peace Prize winner Malala Yousafzai, social media personality Lilly Singh, and environmentalist Severn Cullis-Suzuki.

“There’s this myth that it’s the big actions and revolutionary ideas that make big changes, and that’s very daunting for a lot of people,” Hannah said. “But it’s the little actions that can make huge changes. I want to inspire people to go out into the world and do something–anything–after they read the book. It doesn’t matter how young or old you are, or how much money you have or where you live–you can make a difference and there’s no reason not to make a difference.”