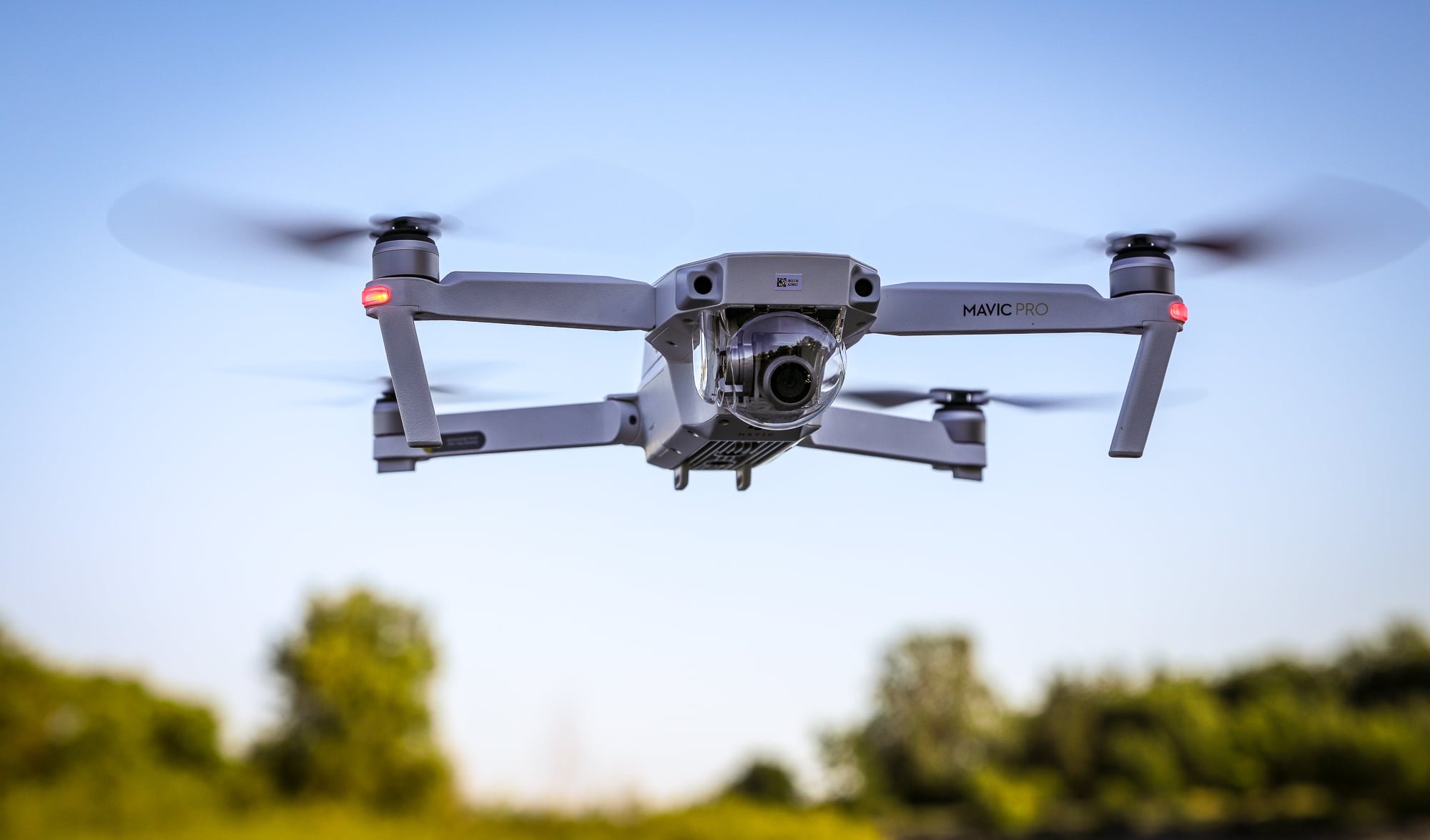 The DJI Mavic Pro is a mighty little drone. Folded for travel, the drone could comfortably fit inside a tissue box. Unfold the drone, and get it ready to fly, and the Mavic Pro boasts 27 minutes of flying time, with a 4k camera, and a range of up to 7 kilometres. It’s an impressive design that is efficient and bold considering all the features that have been packed into the very portable drone.

DJI sent me the DJI Mavic Pro Alpine White for testing, which is an Apple exclusive design, and it was a fantastic flying experience. The drone has all the same features as the standard DJI Mavic Pro you can buy from DJI or Amazon, but in Apple’s iconic white.

I’ve spent the last few weeks testing the Mavic Pro, and I was consistently impressed by the drone’s construction, technology, and the quality of the images and video, but it’s also just plain fun to fly, and that’s the best part. You’ll want to find a big open space and let it fly, and I’ll warn you now that it’s hard putting it away once you get comfortable with the controls.

Here’s my breakdown on the drone, what I loved, and a few complaints to keep in mind. 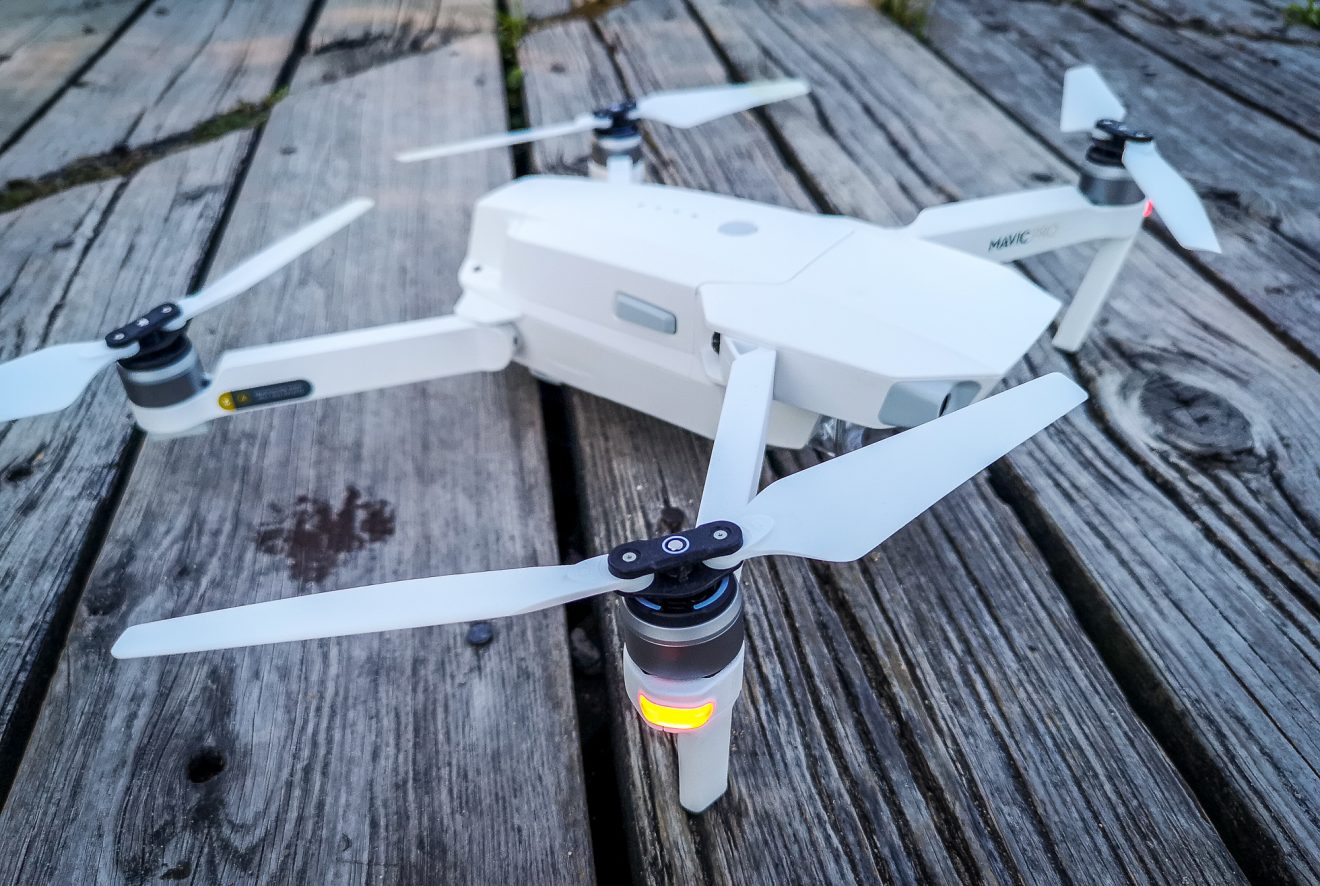 The DJI Mavic Pro is impressively small, sturdy, and lithe when it’s flying. I took the drone with me in my camera bag, where I normally carry a zoom lens, with the controller folded down in another pouch, and I hardly noticed I was carrying anything different since the Mavic Pro is fairly light, at 1.6 pounds, or 734 grams.

Folding or unfolding the drone, I was impressed by the Mavic Pro’s arms, which are very solid. To get it ready to fly, two of the arms open by flipping them down, while the other two arms swing open on the left and right, making it fairly quick to just flip each set of arms out. Then you attach the four propellers by twisting them onto the corresponding motor.

The camera gimbal itself is light, fast, but it is also a bit delicate. It comes with a removable plastic bubble that you can use to protect the camera, but you may want to remove it when you’re flying. The bubble does protect the camera and gimbal, and keeps them clean, but it will also produce some glare, and potential distortion in some directions. 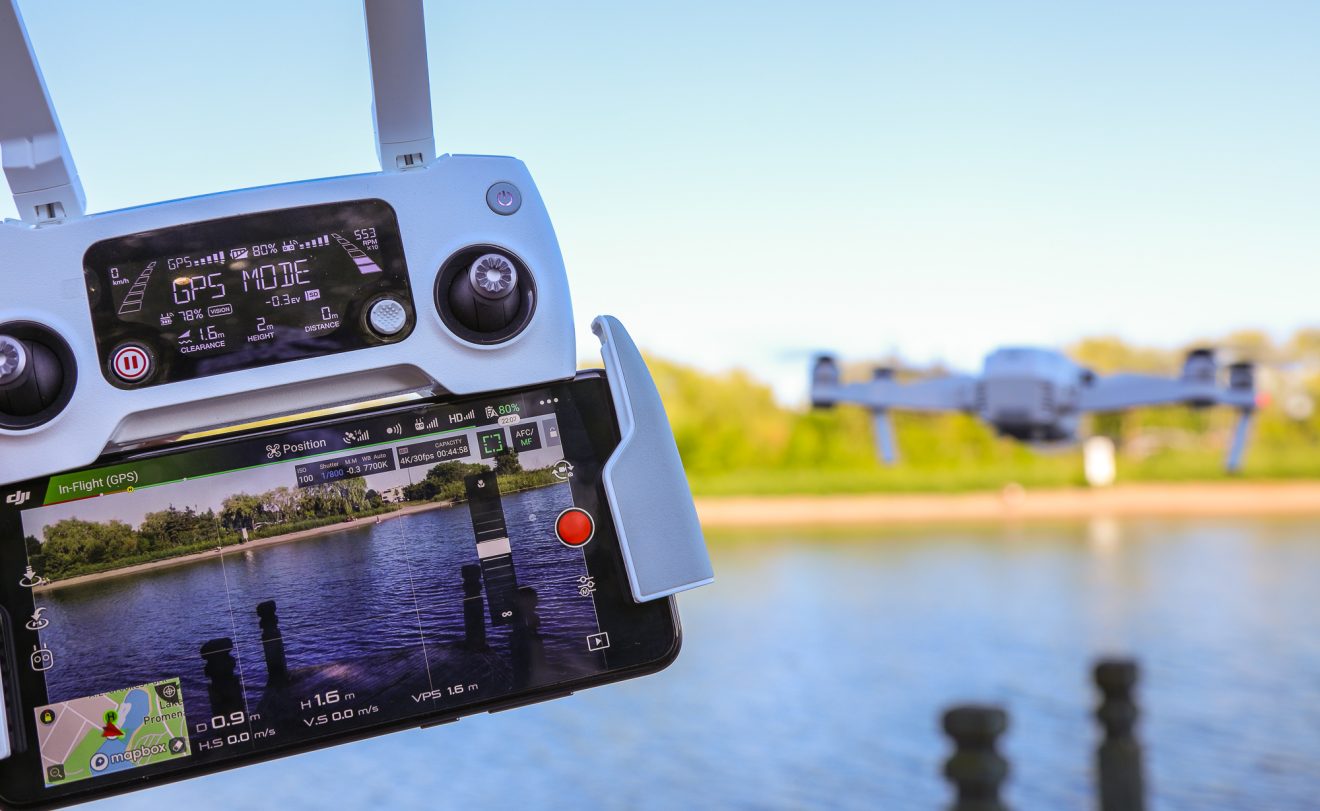 I’ve flown the DJI Phantom in the past, and I loved that drone’s controller because it felt sturdy and solid. When I saw the foldable Mavic Pro controller, I have to admit that I wasn’t sure if I would enjoy using it, but the controls, size, and setup are immediately familiar and in some ways even superior to the Phantom controller because it fits in your hands better. The controller folds down so it’s easy to pack, and you can fit just about any smartphone into the controller, although some larger phones are a tougher squeeze.

Whether you’ve flown a drone before, I think most users will get the hang of the Mavic Pro controls fairly quickly, especially if you’re used to console gaming. For inexperienced flyers, using the main flying configuration, the left stick sends the drone up, or down, left or right, while the right stick turns the drone. This is a fairly helpful configuration for shooting video, so you can easily pan, but if you want to change the controls, there are a few options to customize it too.

For inexperienced flyers who may be a bit nervous, you can also enable the drone’s Flight Autonomy mode, so it can avoid obstacles up to 49 feet away in front of the Mavic Pro. That said, if you take your time learning to fly the drone, you shouldn’t have any issues.

Otherwise, there are a lot of control options, and ways to use the drone, including Fixed Wing mode, simple dials for pointing the camera up or down, and much, much more, and that’s exactly what makes DJI drones so impressive. While the Mavic Pro may be a consumer model drone, it has a lot of control features that you would expect from a more expensive drone. Some features take some work to master, but the great thing is that they’re available when you’re ready to learn or take the next step in flying.

The DJI Mavic Pro captures video and photos on an internal memory card, and also streams and captures footage to your smartphone at full 1080p HD. That footage can take up a lot space on your device, but it’s a great feature, and gives pilots the chance to post footage from flights before you even get the drone home or to a computer.

As I mentioned above, the only real problem I had with the drone was that the camera bubble helped keep the gimbal clean, but the glare was impossible to deal with unless you aimed the drone in just the right way to avoid the sun. I think protecting the camera and gimbal are very important, but I don’t think it really makes sense to fly with the bubble over the camera at the same time.

Here are a few samples of what I shot with the drone:

Whether you just want to fly, or you want to take your photography and videography skills to the skies, the DJI Mavic Pro is a fantastic drone that’s fun, powerful, and easy to learn. The drone takes some patience, like most drones out there, but it performs very well, even in windy conditions, and offers amateur users a lot of safety features to get started, in addition to real speed in the right conditions too.

Don’t be surprised if you notice a number of warnings when you fly, depending on wind conditions or where you’re flying, but I have to say I was impressed that the app made sure I knew about changing winds, or map areas that were restricted or part of a warning zone, like around airports.

Overall, I would highly recommend the Mavic Pro if you’re looking for a drone that can stay in the air for a long time, handles easily, and offers beautiful 4K video.

Buy the DJI Mavic Pro on DJI, Amazon.com, or Amazon.ca. 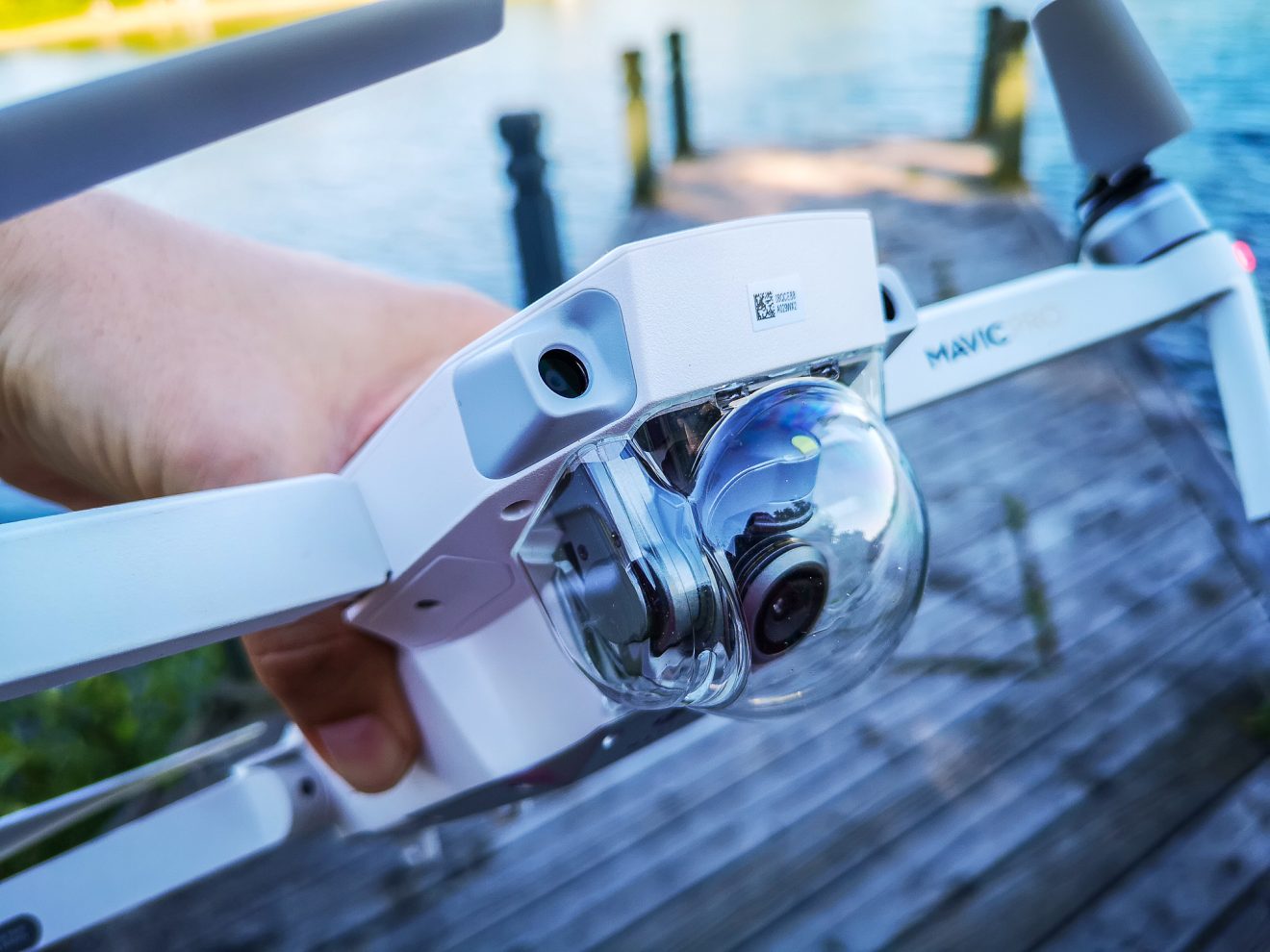