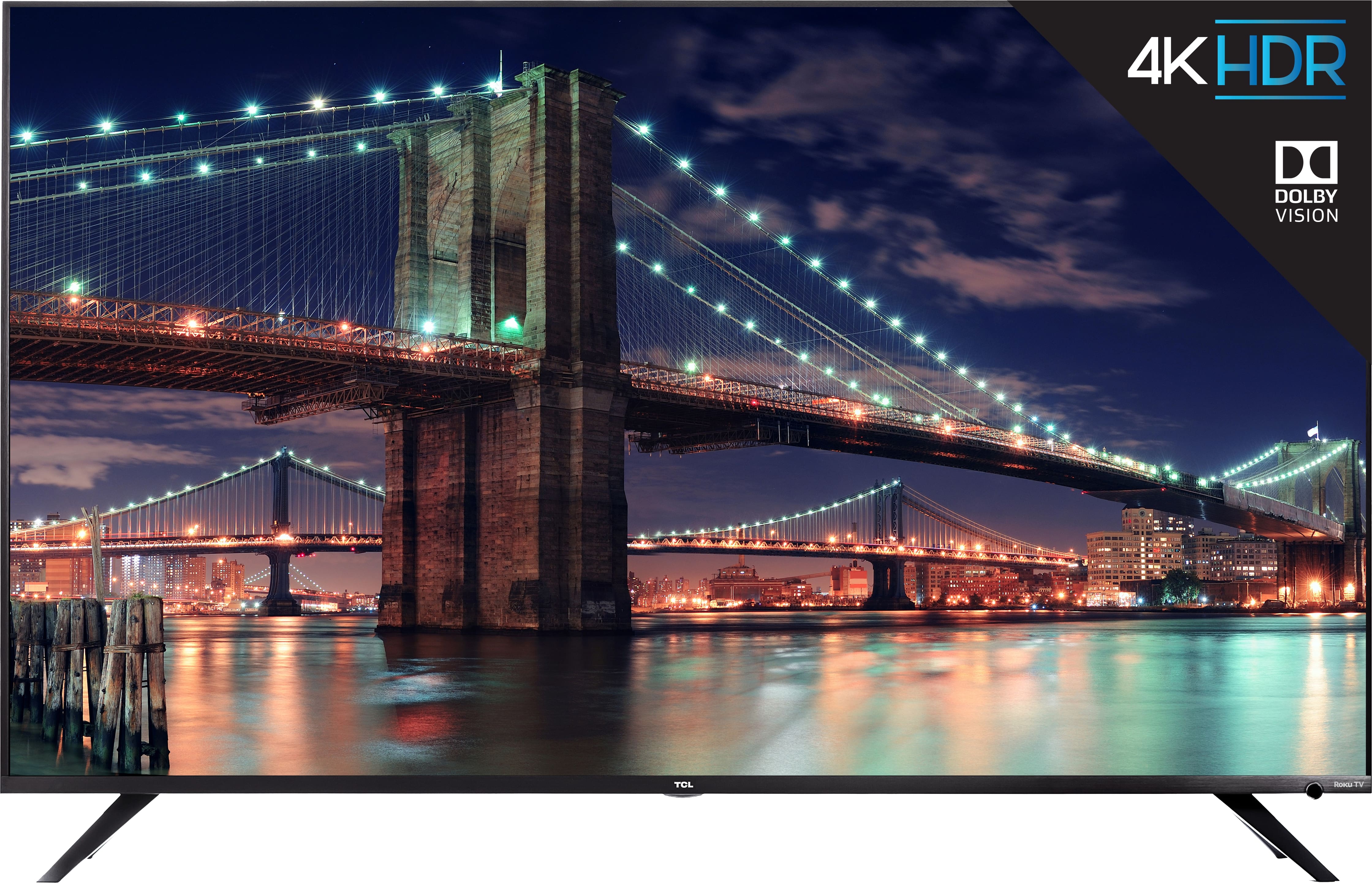 For a lot of people, gadgets and tech are the big must-have items for the holidays, and as a tech lover, I couldn’t agree more. Outside of travel, gadgets are my favorite gift to give and to get.

This year I’ve put together a list of my top 9 tech gifts, including a few of my favorite gadgets from the last few months. Here are a few of my top suggestions for gift giving gear this holiday season.

TCL’s 4k televisions just arrived in Canada for the first time in November, and they’re fantastic, affordable options whether you love movies, TV shows, or gaming.

Starting at $500 for their range of 4k TVs, TCL offers great picture quality with smart features, HDR support, and Roku’s easy-to-use operating system with all of their built-in streaming platform options.

The HD TVs can play your favorite streaming content from one of Roku’s thousands of channels, as well as cable, or over-the-air HD signals. Upscaling also renders older 1080p content very nicely, including signals from DVD players, and non-4k game system. And it’s incredibly user friendly.

For the household on a budget, or if you’re looking for a second TV for a bedroom or playroom, TCL’s 4k televisions are a great idea.

Starting at $500 | Available: Amazon.ca, in stores at Best Buy Canada.

Take your gaming to the next level with the Xbox One X, the ultra powerful 4k gaming console that pairs beautifully with your brand new 4k TV and brings HDR alive in your games, Blu-ray movies, and streaming channels.

While the Xbox One X makes every game look brilliant, the console has a number of epic 4k exclusive games, including NBA 2K19, Forza Horizon 4, Shadow of the Tomb Raider, Fallout 76, and Battlefield V.

Powered by an 8-core custom AMD CPU running 12GB GDDR5 RAM, the Xbox One X is very impressive, and while it will work well even on a 1080p screen, it really wows in 4k. It’s absolutely my console of choice this holiday season, and with 1 TB of space, you’ll have lots of room for all the games you love. Make sure to check out details on the Xbox Game Pass subscription service to jump into a big catalogue of games at just $11.99 per month.

Two of my favorite devices are also two fantastic gifts this holiday season, whether you pair them up, or just pick one up.

The Samsung Galaxy Note 9 is my favorite smart phone of the year. It’s one of the most balanced, powerful, and user-friendly devices available today, and from the user experience, to the cameras, battery life, and the incredibly useful S Pen, there’s a lot to love about the phone.

One of the big new features on the Note 9 is the upgraded S Pen, which now works wirelessly so you can use it as a trigger to take selfies with the rear-facing camera, or set it up on a tripod to take epic group photos.

And the Samsung Galaxy Watch is the perfect companion to the Note 9. It’s a gorgeous smartwatch, and it comes in two models: Bluetooth or LTE. with the Bluetooth model you can pair it with your phone to get notifications, play music, and even make calls, but you’ll need to keep your phone within pairing distance.

The Galaxy Watch with LTE on the other hand has a built-in cellular connection, so you can do everything, and you don’t need to bring your phone with you. That makes the Galaxy Watch uniquely useful, and if you’ve ever wanted to give the gift of a device that will make someone feel like a secret agent, this is it.

The DJI Mavic Air is an exhilarating gadget. On the one hand, it’s an ultra-portable drone that is a lot of fun to fly, and on the other hand, it lets you take your photography skills into the air, getting a bird’s-eye-view of the world.

The Mavic Air comes packed with features, from in-flight obstacle avoidance technology, to video recording styles that fit any situation, from capturing cinematic footage, to time-lapse video, or spherical panoramas.

In flight the 3-axis gimbal keeps video stable while the 4k camera captures the world in stunning detail. And because the drone and controller fold down, you can fit them in a small camera bag and take the drone on just about any trip, and be airborne in a couple of minutes.

For budding aerial photographers and videographers, or anyone who just wants a drone that they can take with them on the go, the DJI Mavic Air is a fantastic gift this holiday season. Watch my video shot with the Mavic Air.

Google’s Pixel 3 is a powerhouse smartphone in a compact design. The Pixel 3 is smaller than a lot of other devices, fitting nicely in your hand (the Pixel 3 XL is the bigger “phablet” brother) while sporting one rear-facing camera instead of two or three.

While it only has one camera on each side of the device, the Pixel 3 is one of the best camera phones out there thanks to both its hardware and software, and it features some of the clearest zoom photos I’ve shot on any device.

Paired with the Pixel Stand, the Pixel 3 also does a lot more. The Pixel Stand is a wireless charger for the Pixel 3, and it also unlocks features within Google Assistant, including an ambient lighting wakeup routine, a photo slideshow, and it makes the Pixel 3 a great smart speaker.

Together, this is a great combo for the holidays, especially for lovers of the Google Assistant.

Using their case as a charger, which can keep them going for up to 17 hours, Rowkin Ascent Mircro earbuds most impressed me though because they offer something a lot of cheaper earbuds don’t: great sound. Many competitors get the high end right, but Rowkin Ascent Mircro feature good bass too, and that’s not very common in wireless earbuds.

The earbuds also pair quickly and easily, and the case is strong, and small and light enough to fit in a pocket or small bag.

We all capture lots of photo memories on our phones, but how many do we actually print, share, and look at after we’ve taken them? The Fujifilm Instax Share is a compact, travel-ready photo printer that prints real photos that appear before your eyes.

The Instax Share connects to your phone with a simple, fun app, and then shows you what your photo will look like when you print it. You can then rotate the shot, adjust the photo, and print all in just a few seconds.

The print comes out quickly, and develops before your eyes, and they’re fun and ready to pass around, pin up, or put them into scrap books.

You can also buy different types of film to use with the printer, including black and white, square, or rainbow colour borders.

Great Gift Guide! I like to learn more about what’s available in terms of tech! I do like the Google Pixel 3, I am looking for a new phone with a good camera :)