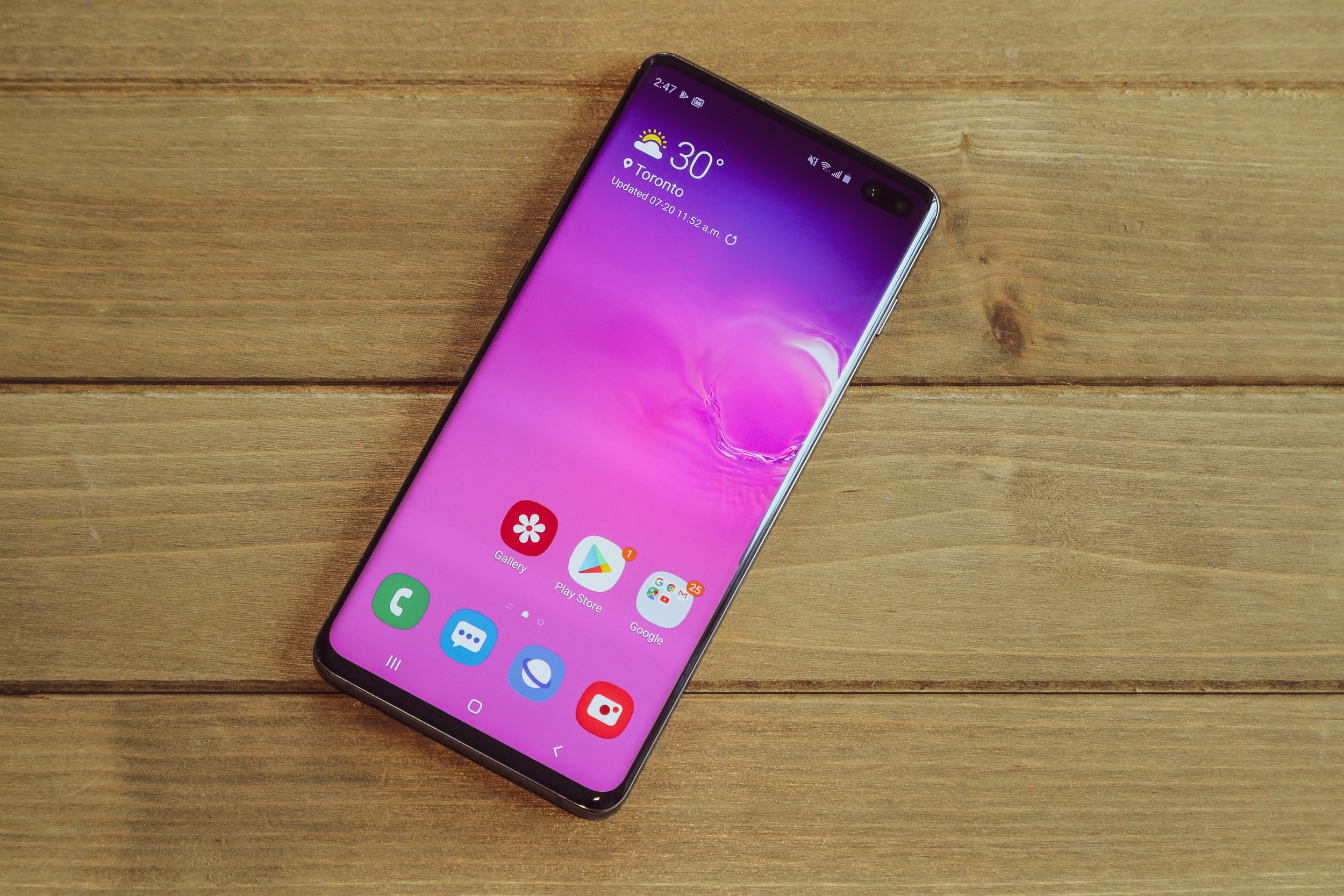 The Samsung Galaxy S10+ is one of the smoothest smartphones I’ve ever used. The phone is fast, responsive–and dare I say, confidant–in a way that few other device manage today.

For the last three weeks I’ve been using the Galaxy S10+, and it has provided one of the most consistent user experiences of this current generation of phones. No matter what you’re doing on it–from gaming to video editing or just social media–it just works, and it works quickly thanks to the phone’s chipset, RAM, and storage.

The startup is fast, the screen is shockingly vibrant and crisp. The weight and size are perfect for your hand. And most importantly, it just works well with no glitches or slowdowns.

The Galaxy S10+ has one of the best designs of any phone sporting more than one camera. The camera array on the back of the device is nearly flush with the rest of the body, and otherwise the clean layout is nearly identical to past Galaxy devices.

The one notable design change is that the front-facing cameras have been moved to the top-right corner of the display, removing any notch from the screen, and instead there’s just a small oval around the lenses. This makes them a bit less noticeable, and just pushes the icons across the top of the screen to the left a bit.

The S10+ has an in-screen fingerprint sensor, for quick unlocking, and if you’re wondering about ports, it still has the headphone jack if you’re dedicated to keeping your standard headphones, plus USB-C.

Like other Samsung devices, there’s also a dedicated Bixby button on the left, under the volume rocker, while the power is on the top-right side.

Looking at the UX, Samsung has made the whole operation faster and slicker with the latest updates to their user interface, One UI. Apps launch the fastest I’ve seen on any Android phone, and everything just feels smooth and clean.

In terms of the display, the phone features a curved 6.4-inch Quad HD+ screen with Dynamic AMOLED at 19:9 ratio, and 522ppi. Everything is very crisp and sharp, with colours that are frankly dazzling, making for an exceptional device for watching videos and gaming. Only one other device out there today rivals the display, and Samsung generally tops that smartphone on a lot of other features and especially with the overall UX.

Samsung’s Galaxy S10+ has an incredible array of cameras and software to create eye-popping photos and videos.

While the digital zoom can’t compete with some of the smartphone competitors, the S10+ offers some of the best image stabilization around for video, exceptional HDR performance with HDR10+, and the scene optimizer offers some incredible automatic optimizations for photos.

Shooting modes include live focus, for great portraits and closeups, panorama, super slo-mo, pro mode, and a scene optimizer that adjusts shooting settings while you shoot to get the best colours, contrast, and lighting.

The phone also features super steady video recording, which effectively means that you can walk and record video with the device, and it looks like it was shot with a stabilizer.

Performance in darker conditions is also very good, and the camera offers a night mode setting that works well in most city environments.

For the front of the device, there’s a dual camera, with a 10 MP selfie camera, and an 8 MP RGB depth camera that’s used to create augmented reality effects.

Samsung has been overdue in updating their front-facing camera for better resolutions, so it’s great to see the 10 MP selfie camera. I would still like to see improvements here, but the software and camera do a great job and it also offers an option for a slightly wider angle photo now, compared to previous models.

The S10+ flies with a powerful 7nm 64-bit Octa-core processor, 8GB of RAM with 128GB of space, and an expandable MicroSD slot if you want to add even more storage.

In my tests, the phone flies through most challenges, and it takes a lot to slow the device down even a little.

For a bit more money, you can also get the S10+ with up to 12 GB of RAM and 1 TB of storage space. These come in ceramic models, versus the normal glass body, with pricing starting at approximately another $370 for the 512 GB model.

Battery life is otherwise excellent with 4,100mAh that will last many users into two days of use, or at least a day and a half. If you’re using the phone heavily you may need to charge up part way through the day, but charging is also very quick, and it also charges wirelessly, and offers reverse wireless charging to other devices if you need to charge your Galaxy Buds or Galaxy Watch.

The S10+ is an exceptional device that’s going to last you for at least two years, easily, if not more.

I love the camera, especially the scene optimizer and the depths of the colours it can capture, but I love the quality of the video even more. As someone who shoots a lot of video, I fell in love with the vibrant, true-to-life images, and how much better it performs for video than most competitors.

So between the user experience, the overall device performance, the cameras, the incredible display, and the battery, the Samsung Galaxy S10+ is my favourite device right now. The quality comes with a flagship price tag, and that makes sense. If you’re looking for a deal, and you don’t mind missing a few features, the S10 and the S10e are both solid devices, and they start at $1,019.

Samsung also recently launched their new Expanded Samsung Care+ service with 24/7 mobile support. Plans start at $170.00 in Canada and that covers walk-in servicing for up to two claims in the device lifetime.

Essentially the service means that if you have an accident with your beloved new phone, you don’t have to write it off.