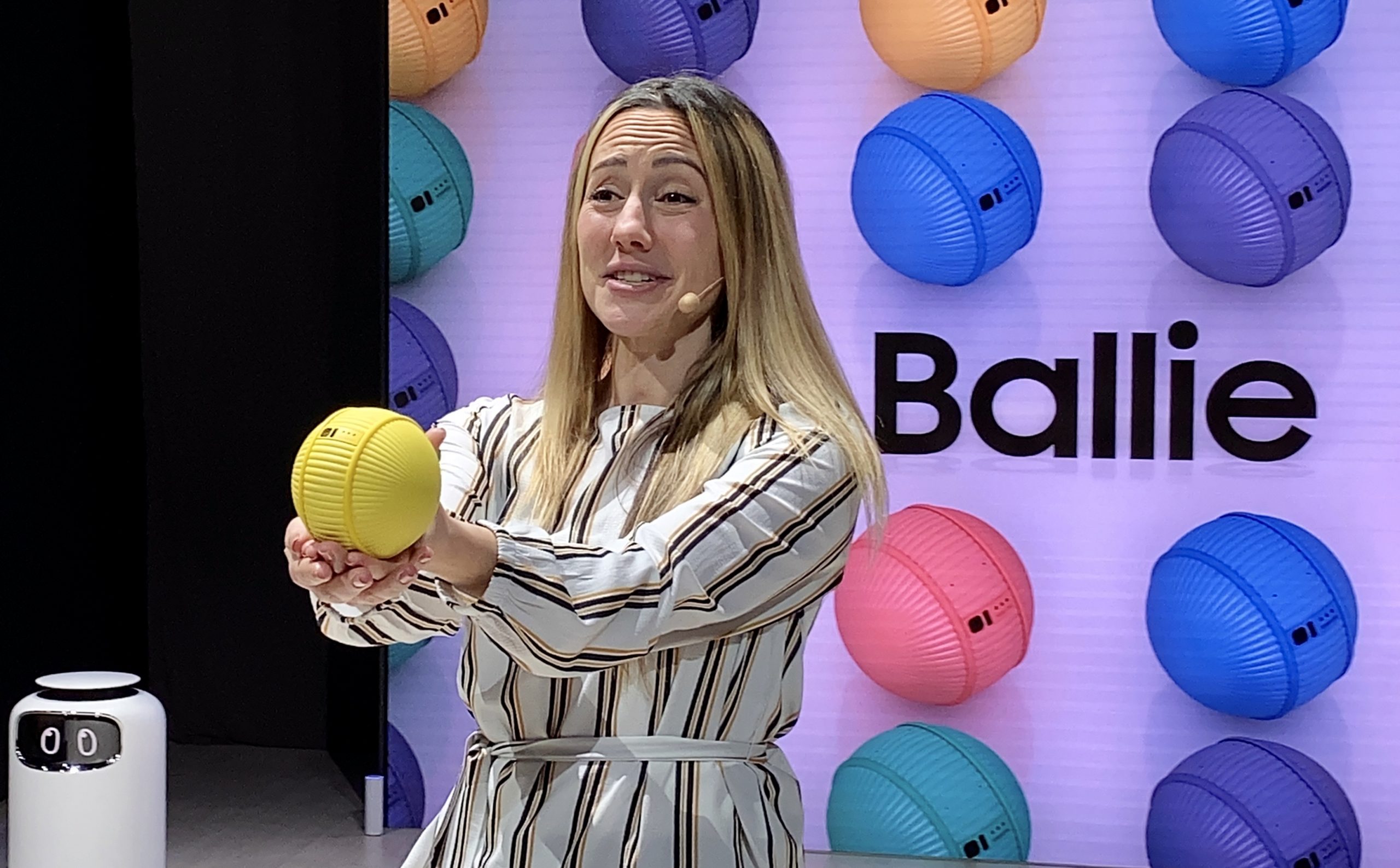 Among the thousands of new products announced at CES this year, there was a lot to take in, and Samsung stood out with new products that kept their booth very busy, including a personal robot that could be your next assistant.

And it’s kind of cute too.

During what had to be one of the absolutely biggest press conference at CES this year, Samsung unveiled Ballie, a softball-sized robot that acts like a mobile personal assistant.

Rather than yelling at your smart speaker to do something, like play music, the idea behind Ballie is that the little robot would follow you around and take commands.

Thanks to a built-in camera, microphone, and smart features, Ballie could be entertaining, like a robot pet, but it could also help check items off a to-do list, as you complete them, notify you of events in the house, or work with other robot vacuums or devices to accomplish tasks.

In the demo at their CES booth, Ballie called a cleaning robot to a messy spot on the floor, played some music on command, and came to the woman demonstrating it, so she could pick it up.

While launch date and pricing information aren’t available yet, it’s interesting that personal robots could be right around the corner.

For anyone who loves (or maybe even hates?) to cook, Samsung also showed off a robot cooking concept called Chef Bot, and while the idea is certainly more of a blue sky idea, it was interesting seeing it in action.

The system features two hands that can be attached under kitchen cupboards to assist with a range of tasks, from whisking to adding oil to a frying pan. It even helped make coffee.

Taking voice commands, Chef Bot essentially becomes a second pair of hands to do whatever you need in the kitchen. That’s a wild idea, and I’d love to see what it could mean for the average kitchen some day–especially mine since I love to cook.

While the Samsung Galaxy Fold was on display, and we have to wait for the latest announcements for Samsung’s next Galaxy devices, there was a lot of TV news at CES.

The Wall was back on display with a huge crowd checking it out non-stop, all day, and it’s amazing to see what a huge TV display like this could do. From multiple feeds, to different sizes, and even just the idea of creative content or gaming, The Wall is still one of Samsung’s most impressive products.

One of my favourite things from Samsung’s TV lineup though was the Sero TV, a lifestyle TV that can change orientations to match the content you’re watching.

Sero, which means “vertical” in Korean, can show landscape videos and images, and then you can have the display swivel to show vertical video.

Mirroring your phone, the Sero could, for instance, show social media feeds vertically, and then as you rotate your phone, it would swivel to show horizontal videos.

Considering the content platform Quibi is coming some time soon, and will offer content vertically and horizontally, it’s easy to imagine that for some things, Sero could be a great TV option, especially for anyone who loves social media content, but I could also imagine a number of business uses too.

The lifestyle TV is already available in South Korea, and will be coming to other markets around the world in 2020.

Samsung also showed off the new Serif and Frame TVs, including a new, smaller Frame model, and larger versions of the latest Serif.

The big news though were Samsung’s 8K MicroLED TVs, which will be available in new 88-inch and 150-inch models, and feature incredible, slim designs with a nearly invisible bezel.

Peak brightness on the new MicroLED TVs is an incredible 5,000 nits, and they feature smart upscaling technology for improved quality whether you’re watching new or older content.

The 8K QLED lineup was also jaw-dropping, and proved why Samsung is one of the best TV manufacturers in the industry.

Featuring surround-sound, an ultra-thin form factor, and an “Infinity Screen” for the new Q950TS model, the screen-to-body ratio is 99 percent, making content look almost like it’s floating in the air.

For a lot of people, the big feature is definitely the AI upscaling and deep-learning, since it can take lower-quality content, and optimize it to look its best for the TV.

More and more 8K content is going to become available in the coming years, and Samsung is working with YouTube to deliver some of it, but until then, upscaling is going to be one of the most important features on new TVs.

Samsung’s booth at CES is always a huge space to explore, and there was a lot more than robots and TVs, including new products for your kitchen.