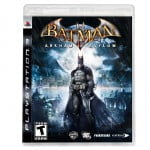 Even after a pile of great titles in 2009, Batman: Arkham Asylum was a stand-out hit, and is easily one of the best superhero games ever made. The game puts players in the boots of one of the greatest crime fighters ever created, while setting them loose on an entire island filled with bad guys, obstacles, and puzzles. Best of all, the player get to face off against some of Batman’s greatest foes, including The Joker, Poison Ivy, and Scarecrow.

Offering one of the best all-round gaming experiences this year, the title is a must play, especially for fans of the Dark Knight, and gives gamers a dynamic mixture of fighting, stealth, and puzzle-solving. For the best visual experience, I also highly recommend picking up the PS3 version (if the gamer in your life owns that particular console). 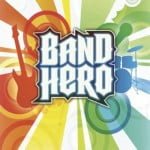 Music games are thick on the ground, but Band Hero is a unique title that is tailor-made for parties and get-togethers. If you have someone on your list who loves music and wants to get behind some of their favorite songs, this could be a great gift, and it offers a definite spin from some of the other music titles out there.

Featuring songs like The Jackson 5’s “ABC”, Fall Out Boy’s “Sugar, We’re Goin Down”, Taylor Swift’s “You Belong With Me”, and even Poison’s “Every Rose Has Its Thorn”, Band Hero has a wide range of songs for all musical tastes. The game developers have also made it possible to jump in to a song instantly from the main menu without messing around with settings or profiles.

One thing to keep in mind though; if the gamer in your life doesn’t already have instruments, you’ll need to buy the bundled version that comes with a drum and guitar controllers, as well as a microphone, allowing up to four people to play at once. 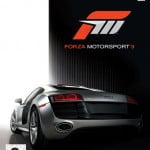 While I’m not personally a fan of racing titles, I have to give some serious praise to Turn 10 Studios’ Forza Motorsport 3. This is a racing game for just about anyone, giving players complete control of their car and letting them choose just how seriously they want to play at being a professional driver.

If they’re not feeling like a pro, gamers can set the game to the absolute easiest setting and try out some of the world’s best race tracks on the equivalent of cruise control. Or, if they’re feeling more sporting, they can switch over to full control and see how far they can get before they crash.

Overall a brilliant title, especially if you’re willing to pick up a steering wheel controller that will bring the games realism to the best use. 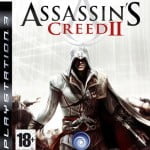 Picking up right where the first game left off, Ubisoft’s Assassin’s Creed II is primarily a stealth title where the goal is to sneak into heavily guarded areas and take out corrupt officials in late 15th and early 16th century Italy. Playing as Desmond Miles in the present day, players spend most of the game in the boots of the the foppish but capable Ezio Auditore da Firenze, Desmond’s distant assassin ancestor who is controlled through a machine that explores “genetic memory”.

Armed with a variety of weapons that the player can upgrade through the game, the object is to kill a number of villains to proceed. The game also features stunning vistas and panoramas as the player explores Renaissance Italy, from Venice to Florence, and around the Italian countryside.

Compared to the first title, Ubisoft has improved the gameplay and given players more freedom that makes this simply one of the year’s best games. 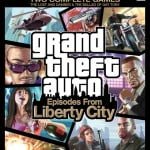 Expanding on last year’s hit sandbox crime title, Rockstar Games has released a compilation that includes Grand Theft Auto IV, plus the two expansion episodes, The Lost and Damned and the recent release, Ballad of Gay Tony, all on one disc. For any of the adult gamers on your shopping list who haven’t played as Niko Bellic, Luis Lopez, or Johnny Klebitz, this is a fantastic collection worth checking out.

Rife with violence, a great overall storyline, and countless things to see in the sprawling Liberty City, Grand Theft Auto is of course not for the feint of heart, but it’s still a lot of fun. It’s also one of the best examples I can think of for sandbox gaming, letting the player choose what they want to do at every step of the game.

Considering the amount of gameplay included in all three chapters of the storyline, don’t expect to see your loved one for a while though once they step into this sprawling game. 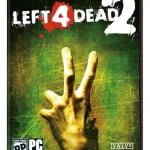 Expanding on last year’s Left 4 Dead, Valve’s Left 4 Dead 2 takes the original game’s premise and ups the ante, pitting players and three other characters against a population that has been transformed into various types of oozing, bleeding, biting zombies.

Armed with guns and melee weapons that players pick up on the street, Left 4 Dead 2 is another graphic first-person shooter that lets players fight cooperatively as they try to survive the city streets. Thanks to the Director, artificial intelligence that can change levels and conditions depending on the player’s performance, the game also promises that each time a player jumps into a level, it will be unique. 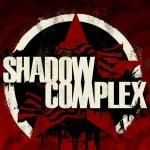 This may be a funny suggestion, but technically speaking you can’t go out and buy Shadow Complex in a package that can be wrapped under the tree. Shadow Complex is actually a download-only sidescrolling platformer that can only be found on Xbox Live, so the best idea here might actually be to invest in a Microsoft points card and a one-year membership to Xbox Live Gold.

Based loosely on Orson Scott Card’s novel, Empire, Shadow Complex is a classic arcade-style game that is literally one of my all-time favorite games, thanks in particular to the stunning level design and endlessly enjoyable mini-battles.

Starting off as a guy with a simple gun, players fight to find upgrades that will give them the right tools to progress and unlock different weapons and stronger armour inside a militant fortress that is plotting to overthrow the U.S. government. And while this might be an odd “gift” this holiday season, I think it’s a fantastic game that’s worth passing on. The title costs 1200 Microsoft points, or under $20. 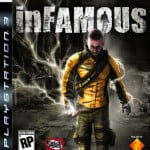 Finally, much like Batman: Arkham Asylum, Infamous is a clever title that puts players in the boots of a newly created superhero who has to decide whether he’s going to save the day from evil, or just save it all for himself. Playing as Cole MacGrath, a bike courier who ends up with the wrong package at the wrong time, the game is set in the heart of Empire City where a massive explosion has set chaos loose on the streets.

Charged with bringing some order to that chaos, thanks to his new powers, Cole has to use his electricity-based abilities to take down enemies.

Other big games worth looking at: