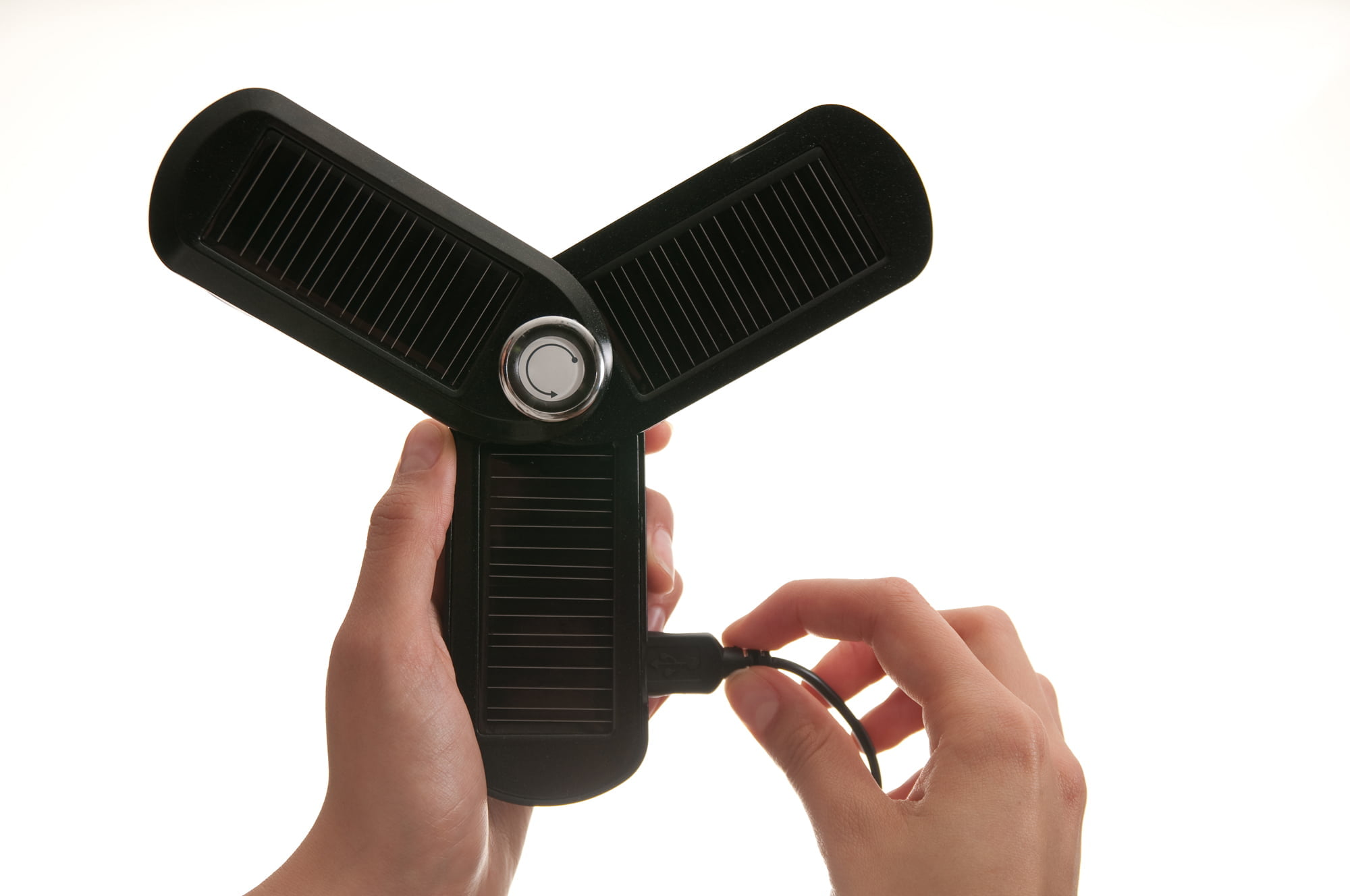 In today’s gadget-infested world, it’s getting easier and easier to not only bring that must-have device away on vacation with you, but to also keep it fully charged without a lot of wires or cables.

Whether you’re just going on a road trip, or a camping expedition, the question is just what happens when the power runs out?

For most devices that recharge using a USB cable, the latest answer might be the Kiwi U-Powered.

Weighing in at just 124 grams, and measuring 4.5 inches by 1.9 inches by 1 inch, the Kiwi U-Powered is a simple, sturdy little device that you’ll want to include on any trip. Quite simply, the device is a handy battery that can recharge using a wall outlet, USB, car charger, or the unit’s fold-out photo voltaic (AKA solar) panels.

Offering 2000 mAh of power, the U-Powered houses a lithium polymer battery in a simple but effective design that also includes a built-in LED flashlight.

The U-Powered has just two buttons, one to turn the flashlight on and off, and one to display the amount of power left on the unit’s simple four-light display: when all of the lights are lit, it’s fully charged; three lights equals 65% to 95% power; and so on.

To charge the unit using the provided cables, you simply plug it in for approximately 4 hours, or you can open the panels and leave it in the sun to slowly charge up.

The real catch when using the solar panels is that, based on tests and the company’s estimates, it will take up to 17 hours to get a full charge. While that’s a long time to wait, the truth is that it’s still better than not having any power at all.

For intrepid campers, a few hours in the sun can also translate into enough power to place an emergency call, or otherwise charge an MP3 player to bring a little music to the wilderness.

It’s also worth mentioning that the U-Powered will provide over 100 minutes of light with just an hour in the sun, which can be handy on a camping trip, or any dark situation.

Based on the materials, the Kiwi U-Powered will also hold a charge for at least six months, and will provide more than 1000 charges over its lifetime.

The unit also comes with an assortment of the most-used adapters for digital devices, but since the unit has a USB plug on the side, you can also just use your device’s provided USB cable to plug directly into the U-Powered.

My only complaint with the unit was that you have to really check each adapter piece to figure out which one will let you plug the U-Powered into the provided charging/connecting cable. A few of them look very similar, but obviously only one of them fits correctly, and the trial and error game is a little annoying when they could have been colour coded.

That said, it’s still a breeze to use. I left it out in the sun for 3 hours one day, and 2 hours the next, and it had enough power to charge my cell phone up beyond the half-way mark.

On a full charge, I was able to fully recharge my MP3 player and my cell phone, with enough power left over to run the flashlight for three hours without turning it off.

Based on the amount of camping I do, and the number of times where I just want to have some extra battery power around, I expect to continue using the U-Powered a lot. I would certainly recommend it to any other gadget fanatics who just can’t live without their favorite digital device, and don’t want to run out of power on their next big trip. 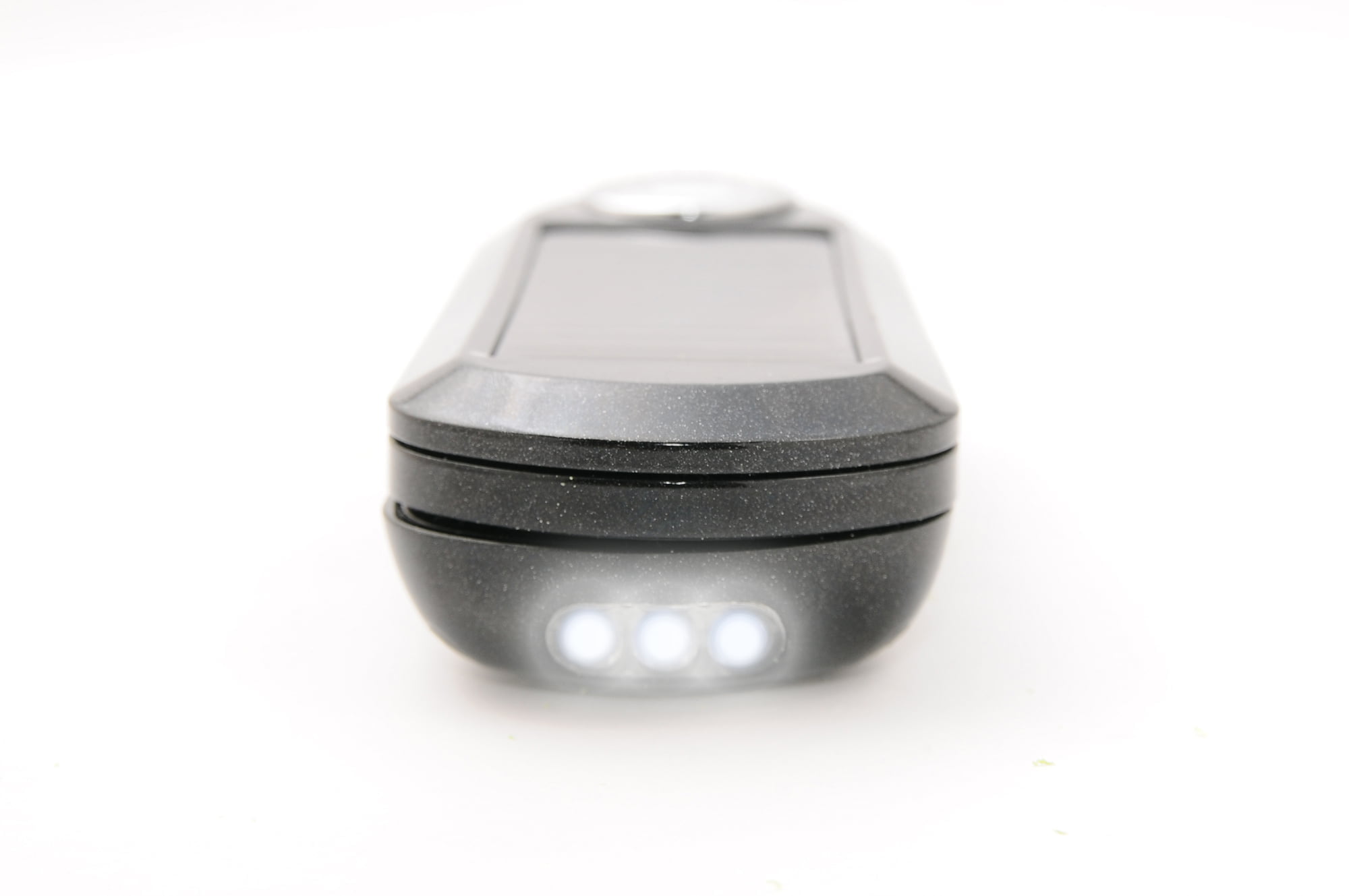 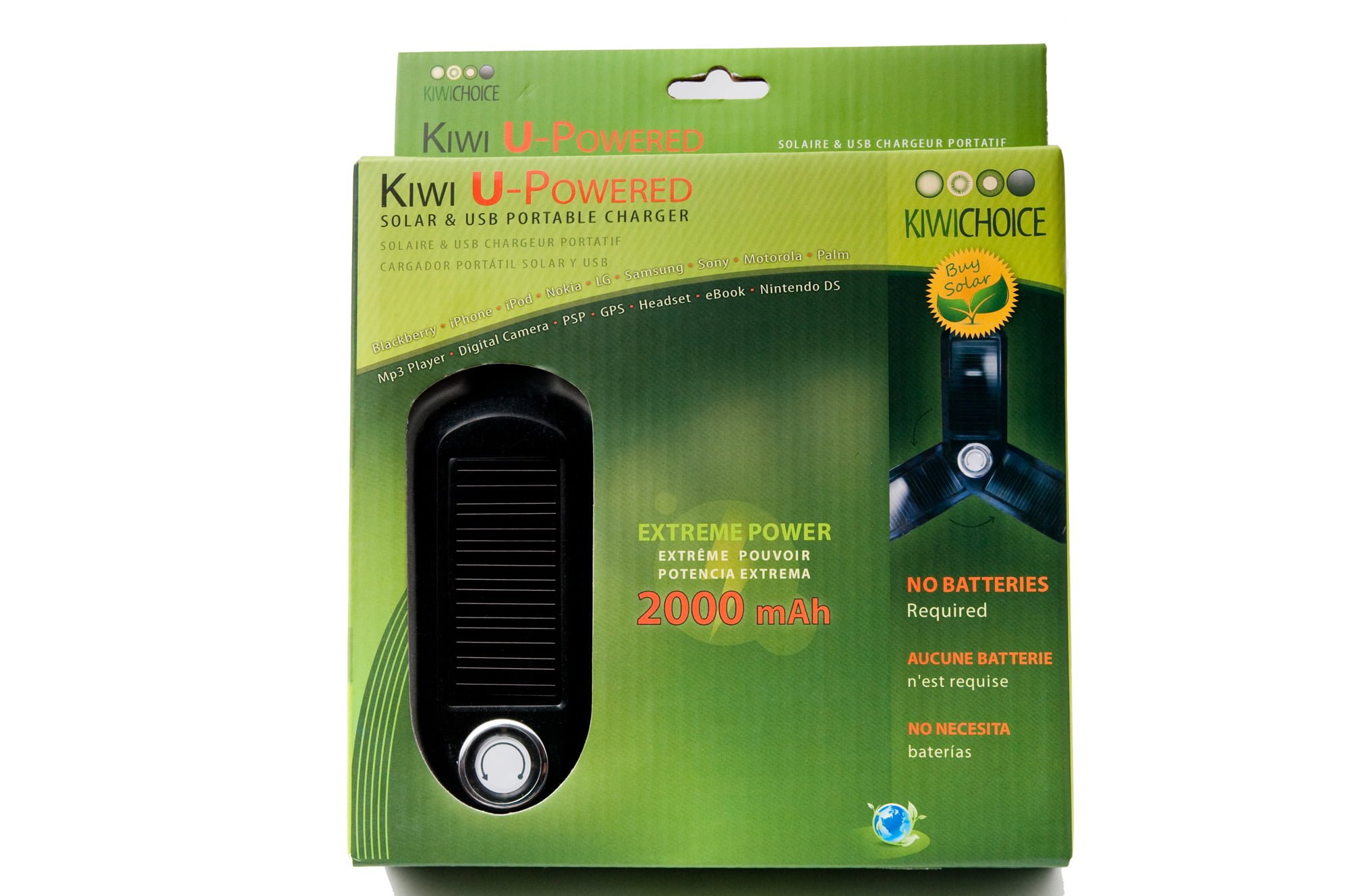 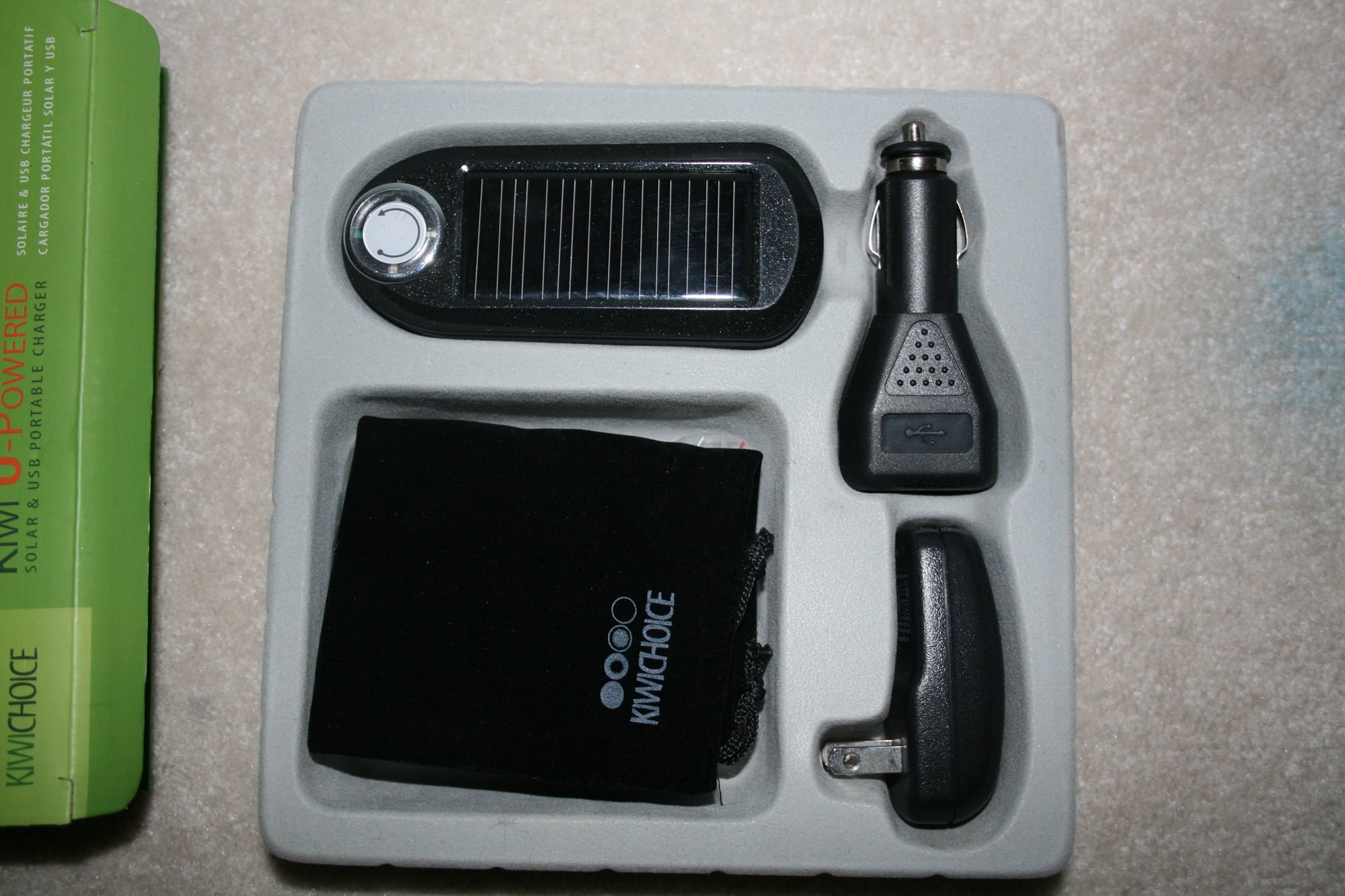 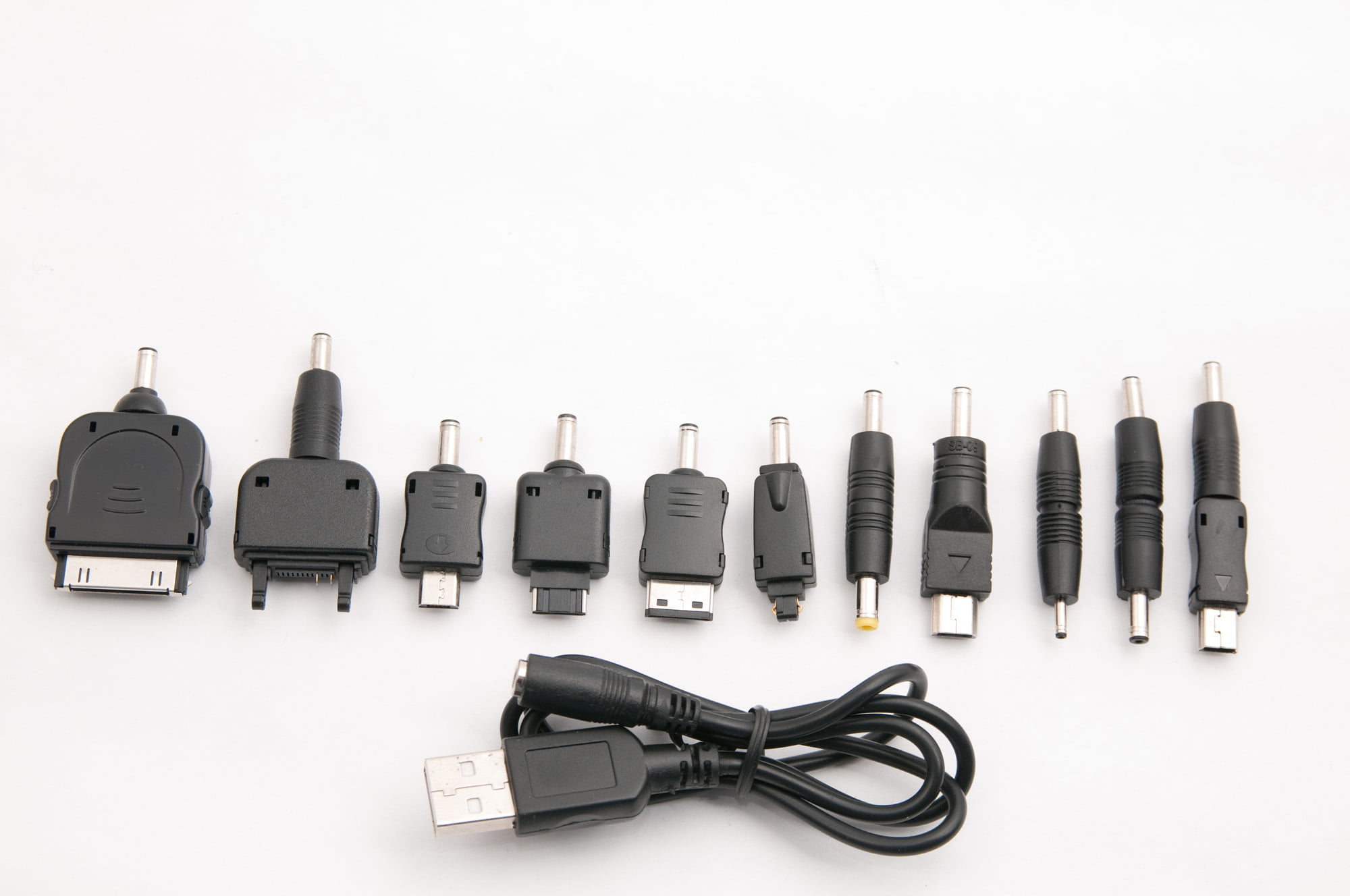 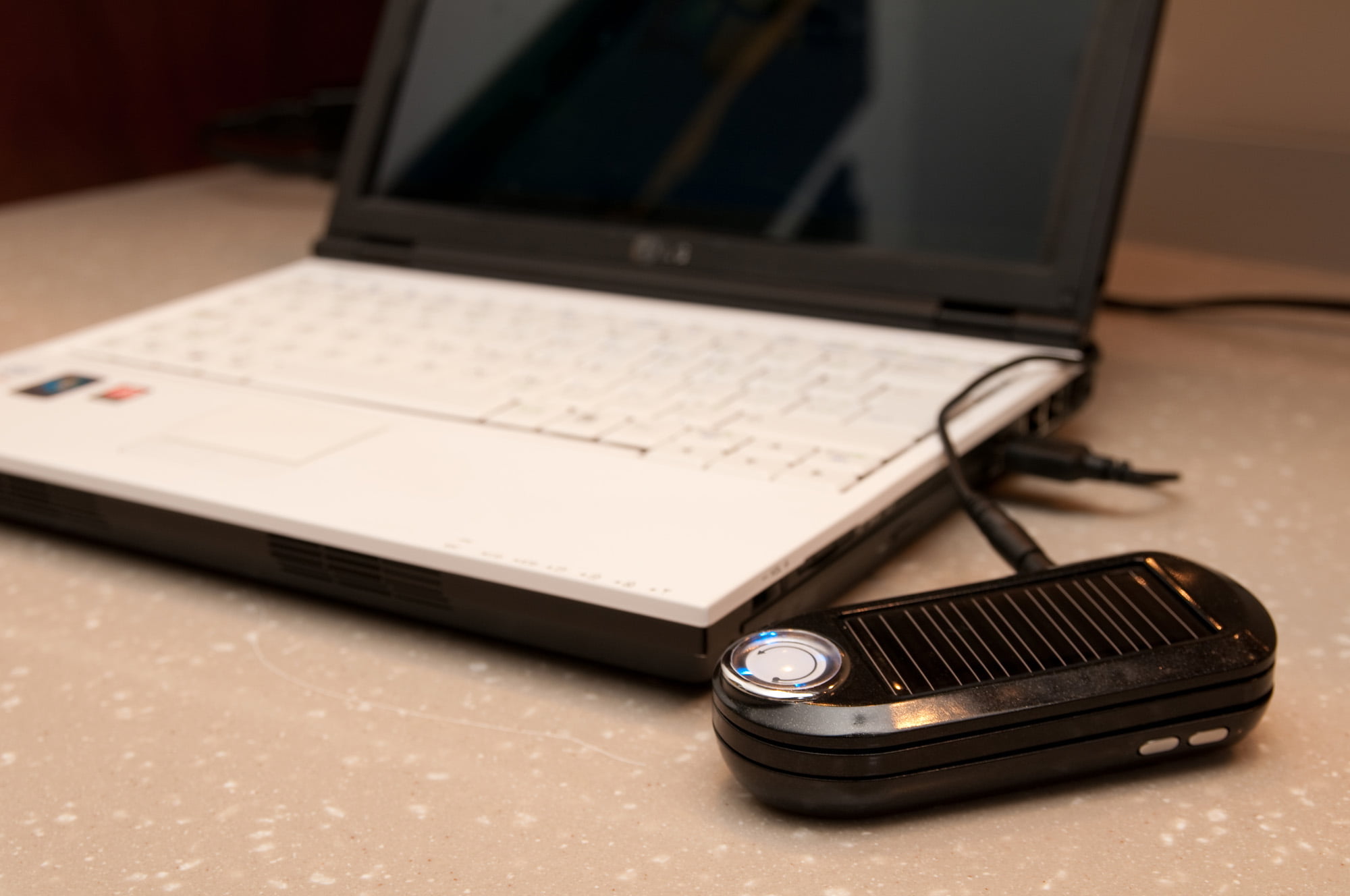 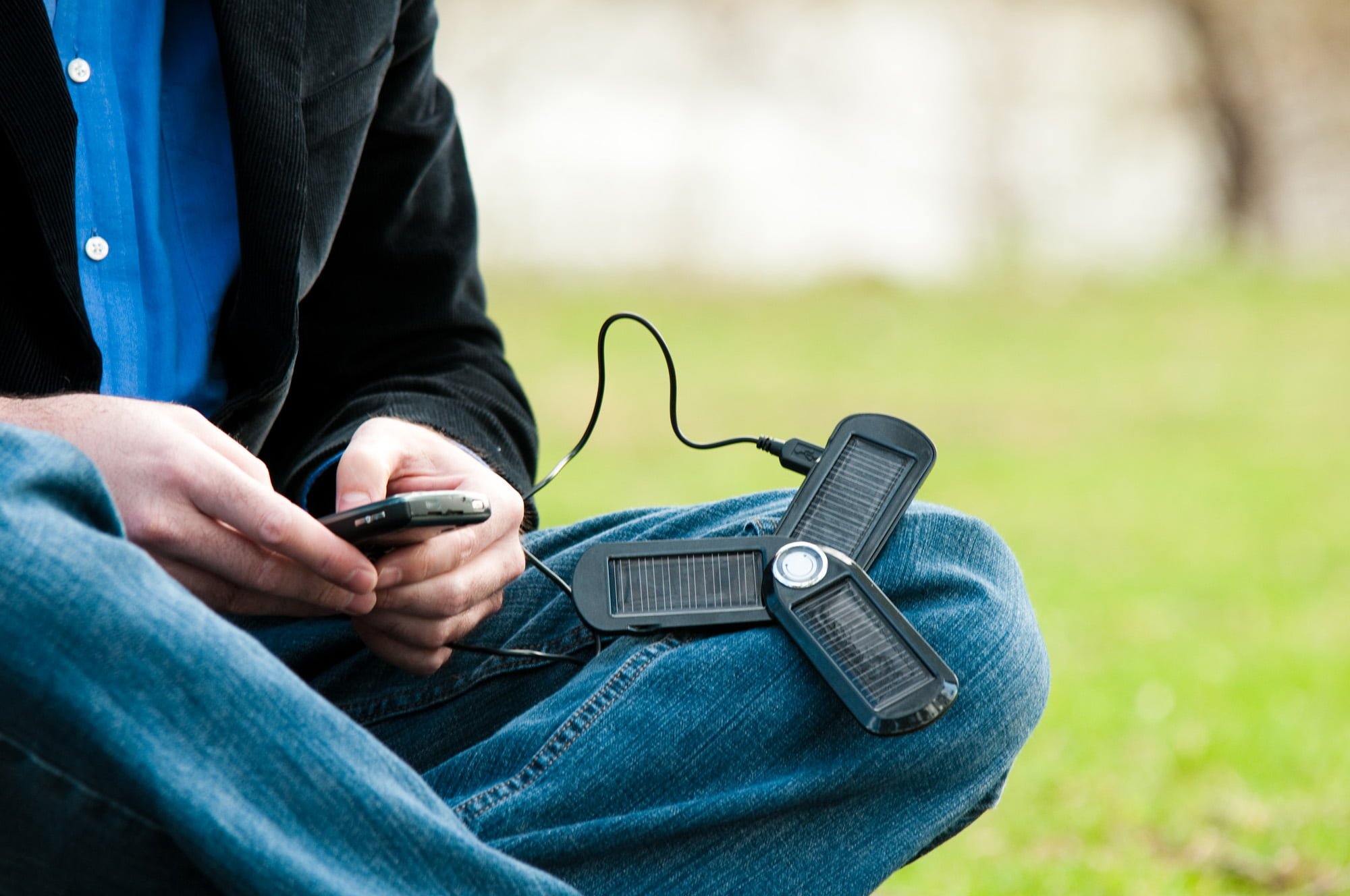