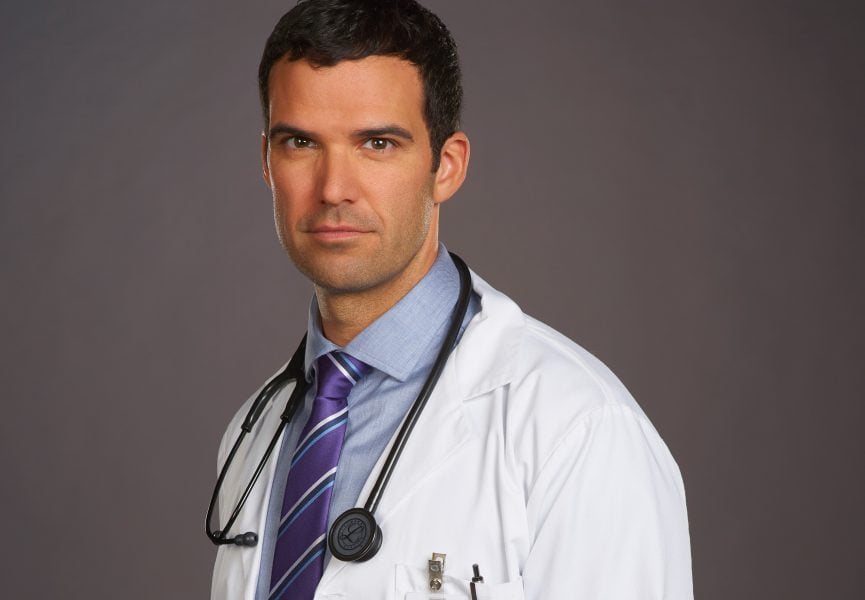 Benjamin Ayres co-stars in Saving Hope, a drama where his character is often arm-deep in blood, but the actor loves comedy, or as he admits, “it’s just in my bones.”

Sitting down to chat about the third season finale earlier today in Toronto at CTV’s headquarters on Queen Street, Ayres spoke about his character, E.R. Dr. Zach Miller, the kind of medical lingo that he’s picked up, his hopes for the next season, and the very surprising ending coming tonight on the show. All the while, a laugh or a joke were never far away.

Looking forward to the next season, Ayres chatted about his hopes for the character, and getting more and bigger moments in the fourth season. “As an actor, you always want more,” he said. “It’s kind of never enough. And you always want it to go in places you’re not expecting it, and possibly darker places.”

The third season of CTV’s Saving Hope wraps up tonight, Wednesday, February 18, at 10:00 PM (ET/PT) on CTV and on the CTV GO app. Season four of Saving Hope starts filming in Toronto this summer, and the series has also been nominated for a Golden Screen Award, to honour the most-watched television series in Canada, at the 2015 Canadian Screen Awards.