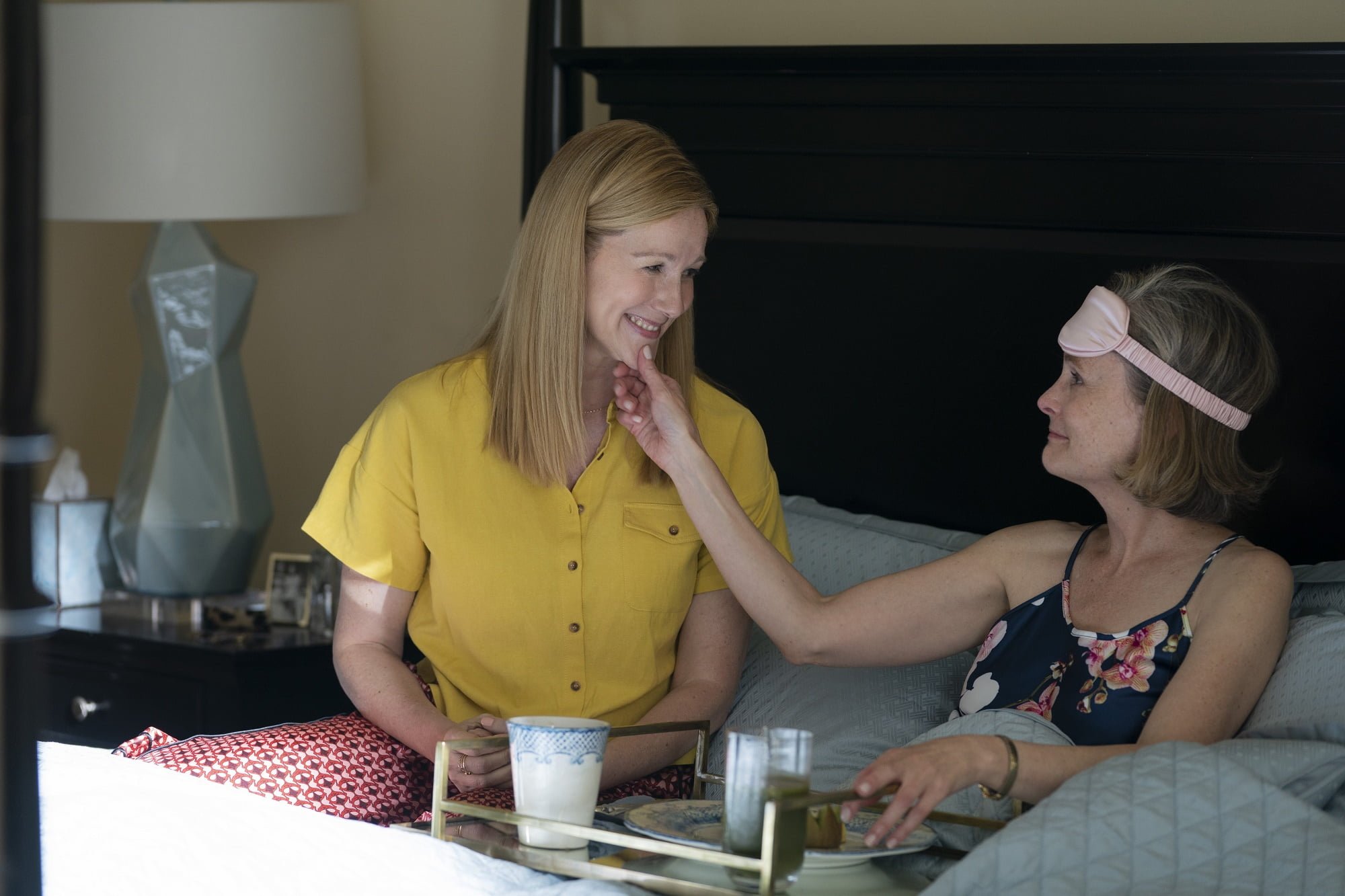 Tales of the City, the latest limited series to be adapted and inspired from the works of renowned writer Armistead Maupin, deftly works as both a continuation and reboot of previous installments in a successful, likable franchise. Popular with viewers and critically praised back in the 90s and early 2000s, the unabashedly, but charmingly melodramatic Tales of the City (and its follow-up series that continued the original storylines and added a few new ones along the way) was perhaps the first successful and most prominently mainstream queer series on television. This new mounting of the series – which makes the leap from public and network television to Netflix under the guidance of Orange is the New Black producer Lauren Morelli – is both a forwarding and updating of Maupin’s material designed to follow old favourites, while offering new stories that illustrate a more diverse and inclusive LGBTQ community than previous installments showcased. In one respect, Tales of the City is a throwback that will inspire older viewers to well earned nostalgic catharsis. On the other, it’s proof that this series – much like the close knit San Francisco community it depicts – could endure for decades to come simply by broadening its view of the world.

Mary Ann Singleton (Laura Linney, reprising her role as the previous series’ main character and focal point) returns to San Francisco and her old stomping grounds at 28 Barbary Lane to celebrate the 90th birthday of beloved, matriarchal figure Anna Madrigal (Olympia Dukakis). Mary Ann, who’s now married and living in Connecticut, is in the throes of a full-on mid-life crisis and is the definition of a “hot mess.” She’s nervous about making her return to Barbary Lane and reconnecting to the friends she left behind, but while Anna and former bestie Michael “Mouse” Tolliver (Murray Bartlett, the third actor to play the character, and possibly the best) are happy to see her, not everyone is thrilled by Mary Ann’s return. Her ex-husband, Brian Hawkins (Paul Gross, doing some of his finest work in ages in his return to the series), is still understandably angry that Mary Ann left town to focus on her career as a struggling actress and infomercial pitchwoman instead of raising their daughter, Shawna (Ellen Page). Mary Ann, somewhat selfishly and obliviously, can’t understand why Shawna resents her (especially when Mary Ann isn’t even the kid’s biological mother) or Brian’s inability to move on from a relationship that ended over twenty years ago, but she extends her trip to San Francisco with hopes of getting some answers and remembering who she was before leaving this world behind.

That’s not the only major plotline Morelli and her team of dedicated, perceptive, witty, and thoughtful writers (all of them queer) have built this new version of Tales of the City around, but it’s the major emotional and narrative backbone. Much like any soap opera (even the rare, great ones like this), there are plenty of side characters with interlocking issues to flesh out the world of Barbary Lane and its residents’ lives. Mouse is dating a much younger black man (Charlie Barnett) and he’s desperate to look cool. Shawna is searching for romantic and sexual fulfillment and starts a flirtation with a documentary filmmaker (Zosia Mamet), while constantly trying to duck Mary Ann’s smothering, half-assed attempts at reconciliation. There are a pair of fraternal Asian twins (Christopher Larkin, Ashley Park) living at Barbary Lane who’ve fallen behind on their rent and think their best and fastest track to financial success is to become Instagram superstars. Brian is coaxed back into the digital age dating pool by his best friend and drinking buddy (Michelle Buteau, stealing as many scenes here as she did during her recent appearance as Ali Wong’s assistant in last week’s Netflix release, Always Be My Maybe). Margot (May Hong) is an Asian lesbian going through a crisis of the heart when she learns that her trans life-partner Jake (Garcia) might be into guys, and Anna starts receiving threatening letters challenging her ownership of the Barbary Lane property. 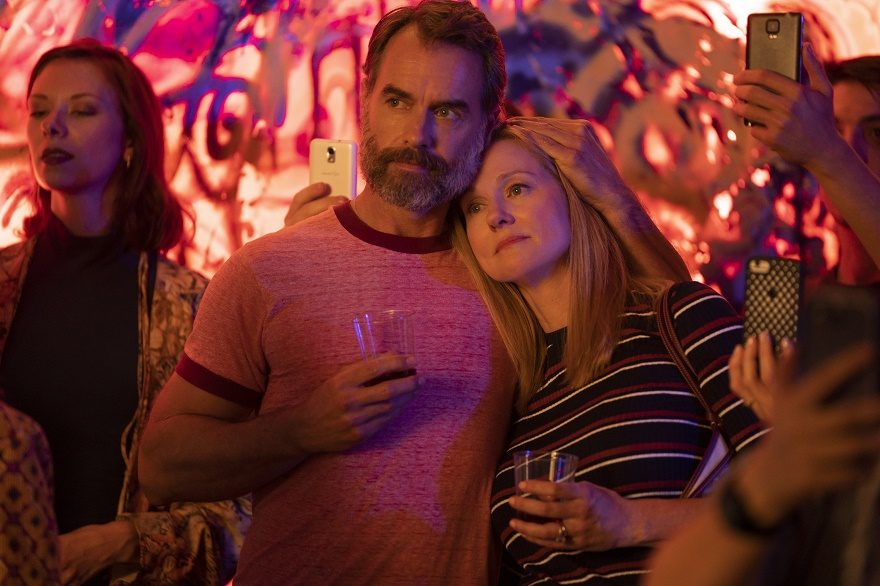 Tales of the City, much like any great hour long episodic drama built around an extensive ensemble cast, does an exceptional job of making sure each of these strands is given a pronounced, thoughtful, and fully fleshed out arc. All of the stories cooked up by Morelli, Maupin, and their team are engaging, entertaining, and moving, but they also show how Tales of the City has become as a show that reflects the evolution of queer communities and lifestyles. Although it picks up where the other series have left off, one doesn’t really need to know anything about the previous incarnation of Tales of the City to understand the new installments. The new characters and situations are placed on equal footing, and the old characters are reintroduced in ways that don’t require lengthy recaps for their plights and relationships to make sense. Not content to tread in the waters of past successes, Tales of the City advances its elaborate story while making sure it doesn’t grow stagnant or fall behind the times in the process.

Outside of Linney’s unravelling and clearly overwhelmed Mary Ann, everyone else in and around Barbary Lane has moved into the 21st century with ease, but without forgetting the lessons and ghosts of the past. They all remember their past relationships, the struggles for equality, and the impact of AIDS and HIV. They never forget these milestones and memories, but they refuse to let them be the only things that define them, with every character realizing that life and human nature are more complex than the watershed moments that shape it. Tales of the City has always been about people trying to live their best lives through thick and thin and in the face of overwhelming political and social oppression, and Morelli’s remounting never loses sight of that.

By that same token, Tales of the City has learned how to speak to a new generation, even through its older and more established characters. Tales of the City has plenty to say about hook-up culture, online dating, social media, technology, gender as a construct, and inclusivity than it ever did before. If anything, the time away has allowed the series to blossom into something as organic and assured as the original outing. It hasn’t shied away from the taboo themes and explicit sexuality that made it such a hot button series when it first debuted, but Tales of the City has found the perfect way of marrying the old with the new. It’s tightly constructed yet enthrallingly sprawling; the kind of series most showrunners dream of creating yet rarely achieve with this degree of conviction, and something that’s probably even harder when building off an already established property.

But perhaps most importantly and warmingly, Tales of the City speaks to the enduring resolve and love at the hearts of most close-knit communities in the world. There’s nowhere else in the world that Maupin’s stories could take place than Barbary Lane, and the series is all the richer for it. These are people who take pride in their community, their advocacy, and the friendships they’ve fostered along the way. With so many big city communities around the world falling victim to land development and gentrification measures designed to homogenize melting pots like the one at Barbary Lane, there’s something both soothing and melancholic about Tales of the City. Like Mary Ann, who can’t seem to pull herself away no matter how hard she tries, the show makes you want to spend as much time in this world as possible,

All ten episodes of Tales of the City are available to stream on Netflix starting on Friday, June 7, 2019.

Check out the trailer for Tales of the City: