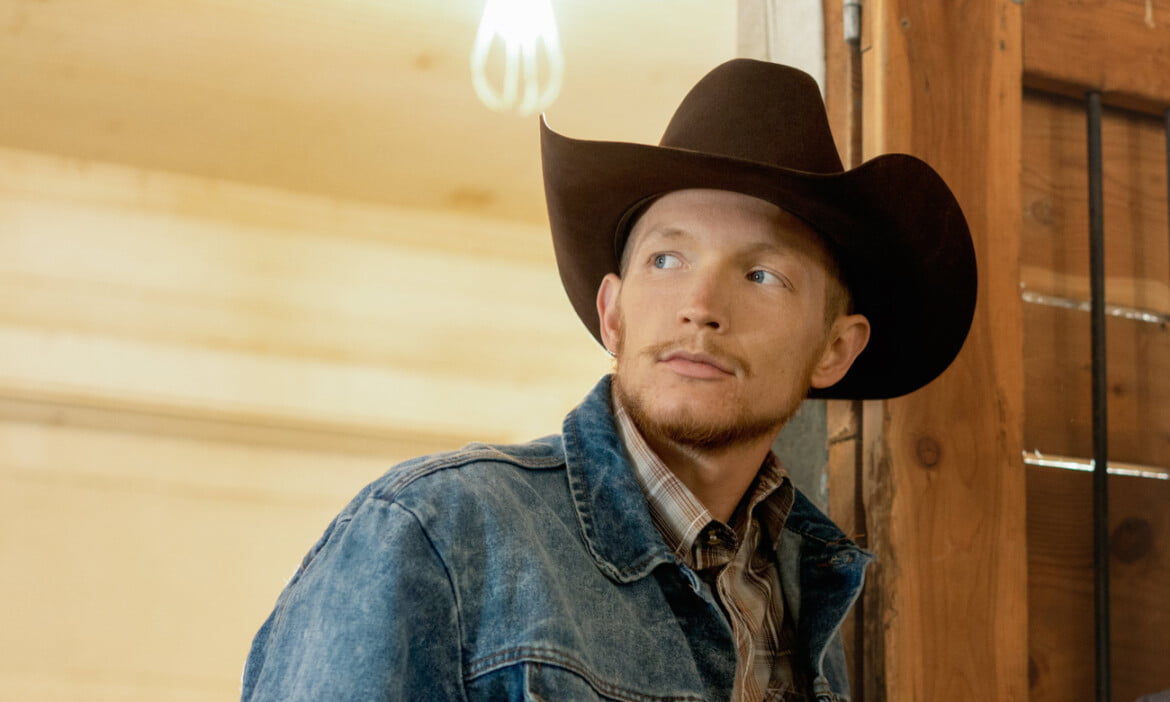 Yellowstone season 4 started with a bang, and for at least one character, wrapped up with a surprisingly happy ending. Sitting down to talk about the fourth season, and that ending, actor Jefferson White had some great insight into what he hopes for Jimmy next.

“He’s certainly stepping into a sense of ownership of his own life and a sense of accountability for his own decisions.”

White said that he hopes “that Jimmy lives just interesting enough a life to be on TV, and no more interesting than that.

Working on the series from the beginning, White praised the cast, and the range of talents that they bring to making Yellowstone.

“We have an incredibly talented cast and also a cast with incredibly diverse skill sets and backgrounds,” White said. “So there’s Kevin Costner… there’s nobody in the world who you can learn more about acting from than Kevin Costner.”

“[He’s] an incredible genius who I’ve been learning from since I was a kid, honestly. But then there’s also actors, like Forrie J. Smith, Moses Brings Plenty, who really grew up in the cattle ranching and rodeo world, from whom there is so much to learn about the world that we’re stepping into… our big cast means that I’m sort of surrounded by experts in an incredible variety of disciplines and fields from from which I’ve just been trying to soak up as much learning as I can.”

We also talked about Jimmy’s climactic ending from season 3, when even he wasn’t sure what the future held for the character.

“Yeah, it was an incredibly strange time, and to be honest, it maybe mirrors my experience as an actor working on the show because at the end of season three in the script, Jimmy is laying in the dirt, motionless, and I don’t know what that means for him. I don’t know if he’s going to be paralyzed for the rest of his life. I don’t know if he’s dead.”

“And so the process of reading the scripts for season four, picking up each new script and finding out what’s next for him is an incredible gift. That’s the way Taylor [Sheridan] writes scripts. Tailor’s scripts are like are like novels. They’re incredible. They’re incredibly rich as the reader, so the experience, it’s like reading a book about yourself week to week, finding out what happens to yourself next. It’s very strange, but an incredible experience.”

Jimmy’s future is really going to be interesting after season 4, now that he was given the chance to walk away from the Dutton ranch, and White is curious what the show’s creator, Taylor Sheridan will do with him next.

“I think no matter what happens to him at this point, he’s making his own decisions, and I guess I hope that he has a long, peaceful spring with his his new fiancé and the sort of beautiful, peaceful life ahead of him. Knowing Taylor Sheridan, that’s not usually how things work out.”

Compared to everyone else at the ranch, Jimmy was always the odd one out, and White agreed that the fact that he’s really a good guy might be why the character was allowed to leave.

“So I don’t know what’s going to happen to Jimmy, but I think that right now, as he drives away from that ranch, he’s a good guy.”

Cue the menacing music, but for our conversation, White focused on his white picket fence dream for Jimmy.

“I hope [he has] a long, peaceful, beautiful, idyllic life. Just a much more boring show, you know… a nice house with a garage, that’s my dream for Jimmy.”

Season 4 of Yellowstone is available now on Blu-ray. Watch the full interview with Jefferson White below.