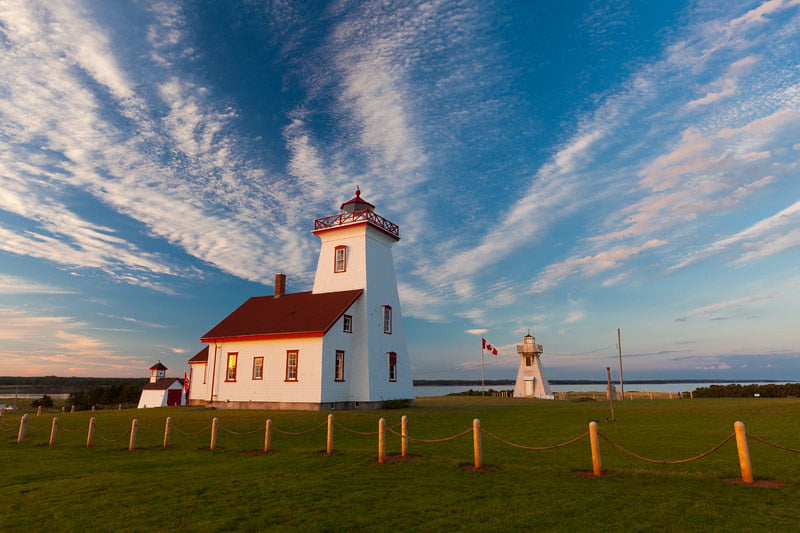 The Island Walk (or “PEI Camino”) wraps around the outside of Prince Edward Island, Canada’s smallest province, and it’s nestled between the Atlantic provinces of New Brunswick, Nova Scotia, and Newfoundland and Labrador.

Passing through beaches, forests and red dirt roads, the 700-km Island Walk starts in the capital city of Charlottetown and winds through small, picturesque towns like Cavendish, the home of Lucy Maud Montgomery of Anne of Green Gables fame, and seaside towns like Summerside, Anglo Tignish and Elmira, from shore to shore.

In the two years since its founding, the walk is just starting to gain popularity, as evidenced by a growing Island Walk Facebook group that I join to share experiences and feedback.

During my five days on the Island, I discover that PEI is special, with its slow, unhurried pace and caring, interwoven community. It’s also safe, with small bed and breakfasts dotted across the island and hospitals in major centres like Charlottetown.

The island is accessible to the mainland by air, ferry and the  Confederation Bridge. It’s also the perfect place to boost my confidence and prepare for the Camino de Santiago in Spain, which I walked three weeks after visiting PEI.

In PEI, everyone looks out for someone else. As I walked through small towns and villages, people stopped to answer questions or wave hello. There’s always time for a photograph and a chat about the weather, life on the island, food, or local happenings. One day, much to my surprise, a car slowed and a farmer handed me a bag of red potatoes, fresh out of the ground.

Bryson Guptill felt inspired to create the Island Walk after completing Portugal’s 225 km Rota Vicentina in 2019 and the Camino de Santiago in 2016. Each of the 32 sections of the Island Walk is numbered, with mileage and recommendations for local B&Bs.

“Parts of Portugal are very rural, not unlike PEI, and the towns are often 20 km apart,” says Guptill, who is a member of the Board of Island Trails, the not-for-profit organization that has sponsored the Island Walk. “PEI has beautiful scenery that rivals anywhere else in the world. The ocean views are especially stunning.”

Guptill estimates that about 50 people did the walk in 2021, and in 2022, “pilgrims” planning to do some or all of the walk can receive an Island Walk passport, similar to the credential issued by the Camino de Santiago. Although accommodations don’t have an official stamp yet, Guptill says they’re working on it. June is already looking busy, but he recommends September and October as the best time to do the walk.

Carolyn is the CEO and Editor-in-Chief of JourneyWoman, which has helped women travel safely for almost 30 years, and a member of the Society of American Travel Writers (SATW) and Travel Media Association of Canada. You can follow her journey on Instagram or Facebook.